It's hard not to be impressed by the 25hours Hotels chain's newest work. They've opened their first hotel in Dubai – and the first outside of Europe, and it's an absolute hit! Famous for their impressive interior designs that incorporate local history, 25hours is not afraid of some crazy ideas.

There are five room themes to choose from. In the Bedouin-inspired room, The Middle Eastern folk tales unfold vivid stories. The Glamping room has a flair for unpretentious luxury, while the Farmstay suite comes with double rain showers and a hammock. If you are looking for something even more spacious, the 72sqm Artis Village suite has an in-room bathtub, and you'll get your own Schindelhauer bicycle too. However, the most lavish option is the Hakawati suite. Apart from having extra-large space and a private balcony, it boasts quirky features like its own dancefloor, private sauna, and even a photo booth - in case you run out of ideas for Instagram photo ops. All rooms and suites have playful and colorful design elements and UE Boom speakers to blast your favorite music.

Enough about the rooms, let's head to the rooftop of the 25hours Hotel Dubai One Central to find out why it's one of the coolest options in Dubai to stay. The rooftop's pool overlooks the Museum of the Future, and as you can tell by the photos below, it looks like you have arrived in the 22nd-century Arabian future. One more thing to look forward to is the unisex sauna at the Extra Hour Spa, Dubai's first mixed-gender sauna. Once you are done with relaxation at the spa, you don't need to go far to satisfy your hunger, as the hotel has five on-site restaurants ranging from Northern Indian to Bavarian culinary options.

The hotel lies next to Sheikh Zayed Road, the main artery of Dubai home to most of the city's skyscrapers, including the neighboring Emirates Towers. Furthermore, you'll have access to the Red metro line, as the closest metro station is within walking distance. 25Hours Hotel goes a step further in sustainable transportation and offers top-quality Schindelhauer electric bikes to explore Dubai's highlights. For example, Downtown Dubai with its iconic Burj Khalifa tower or some of the most beautiful open beaches. 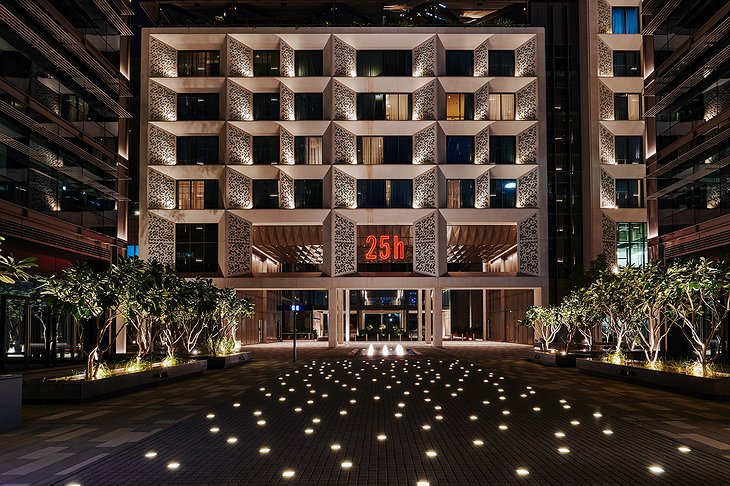 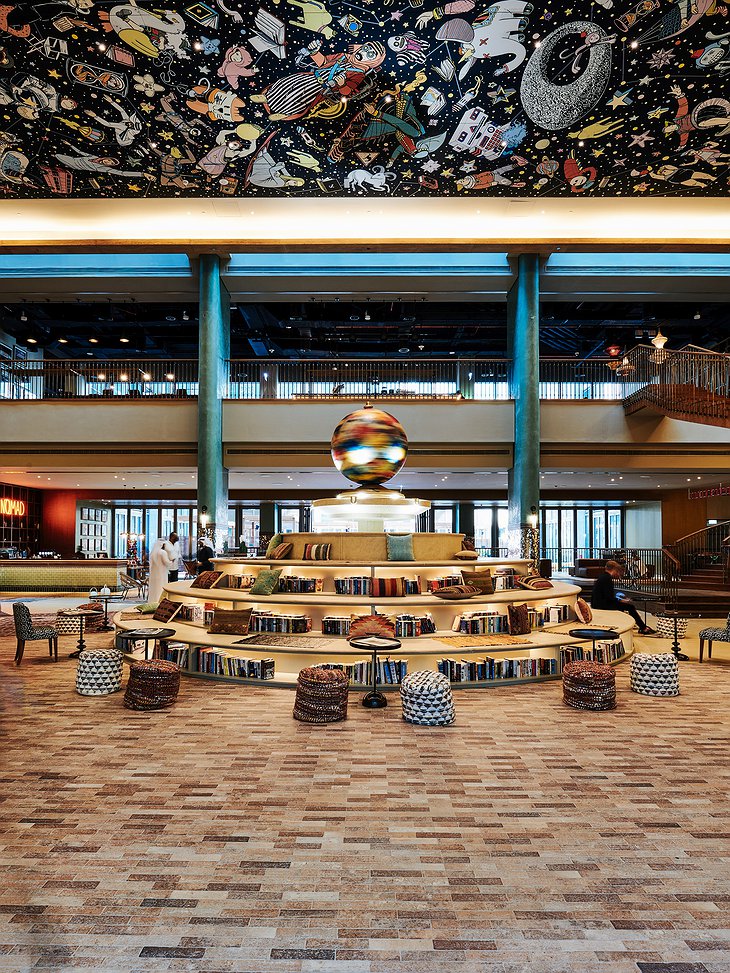 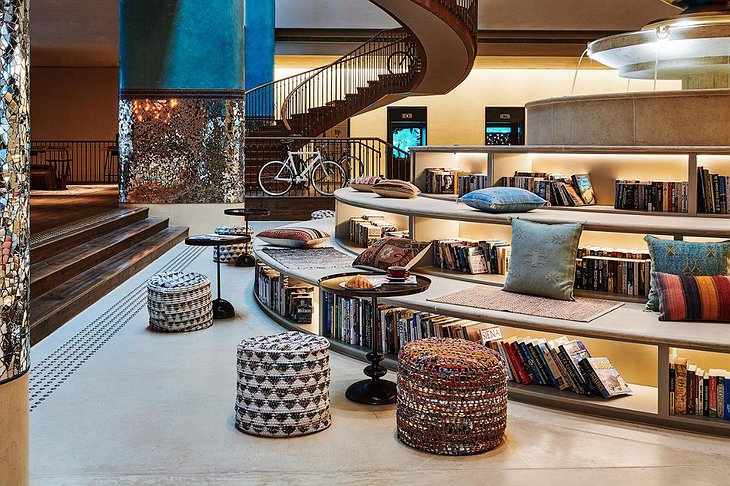 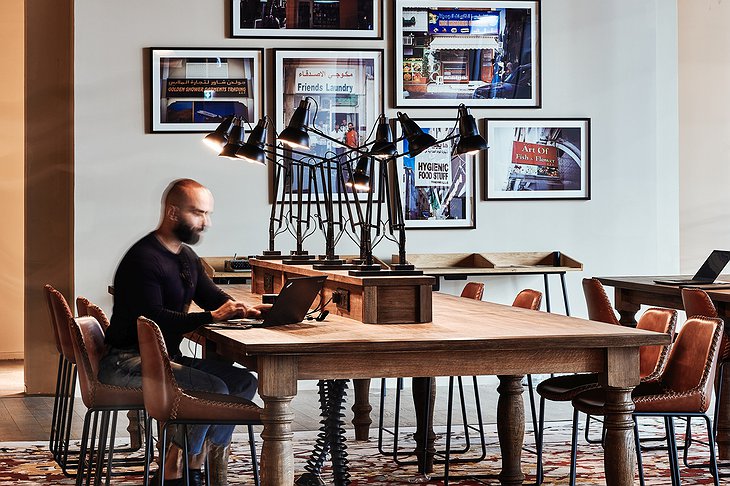 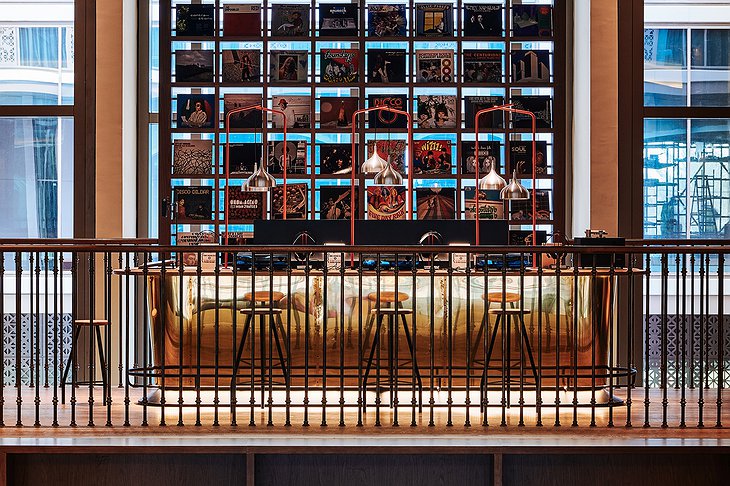 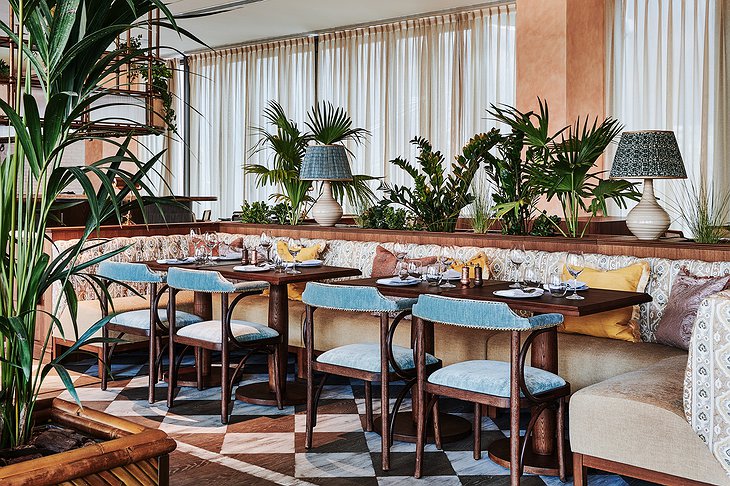 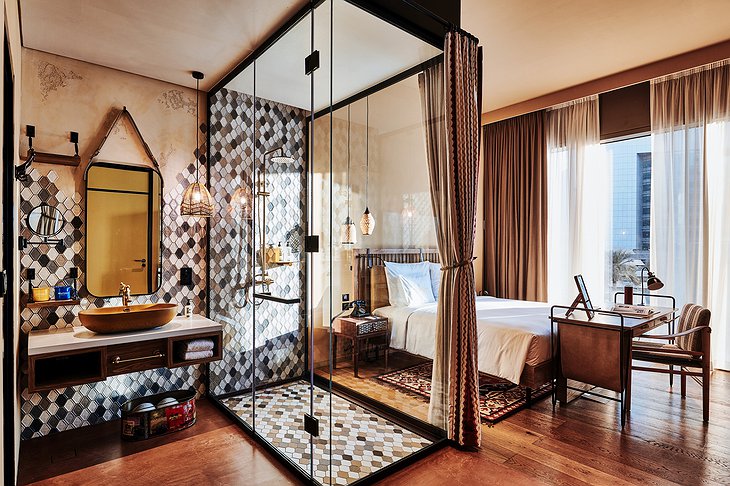 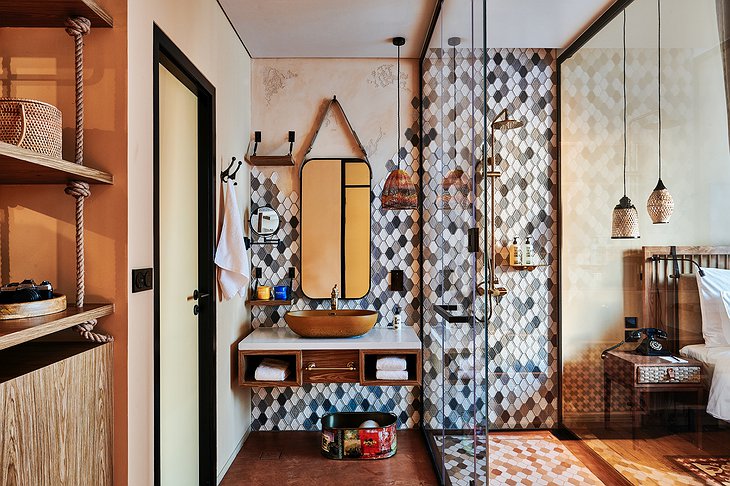 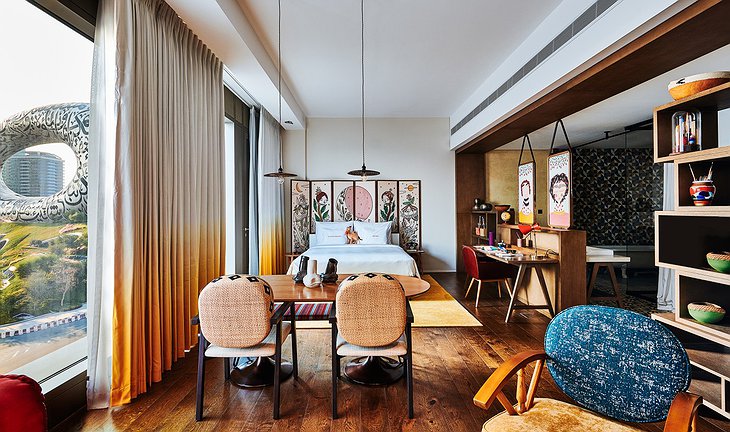 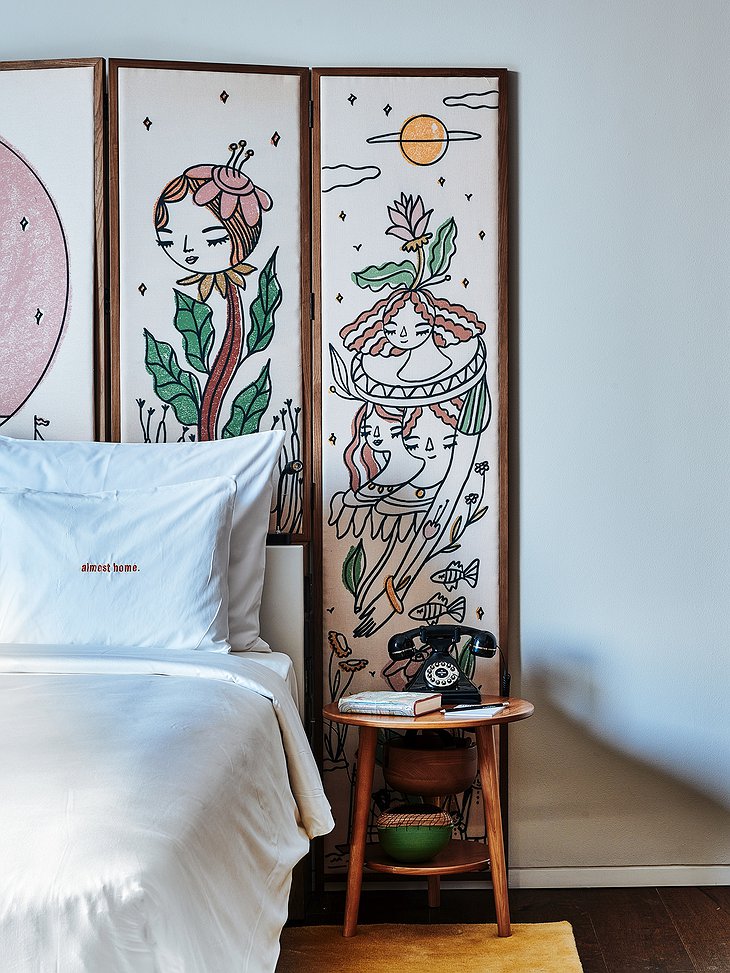 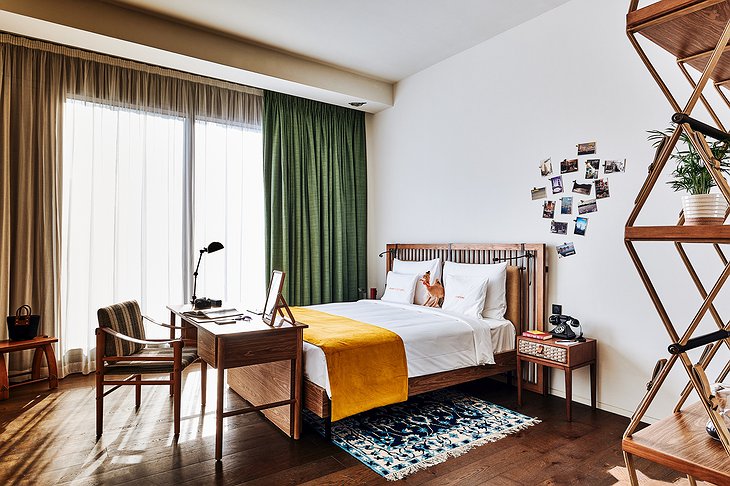 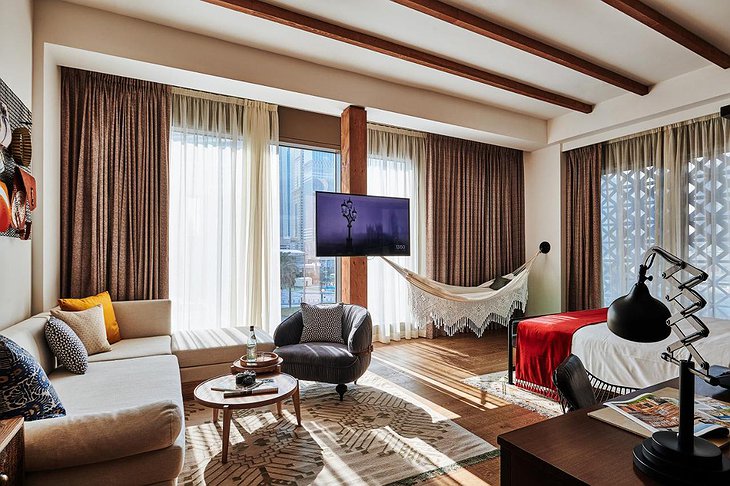 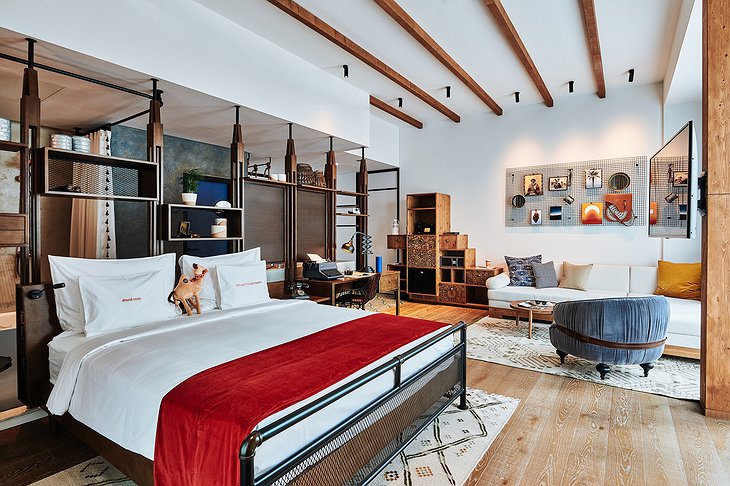 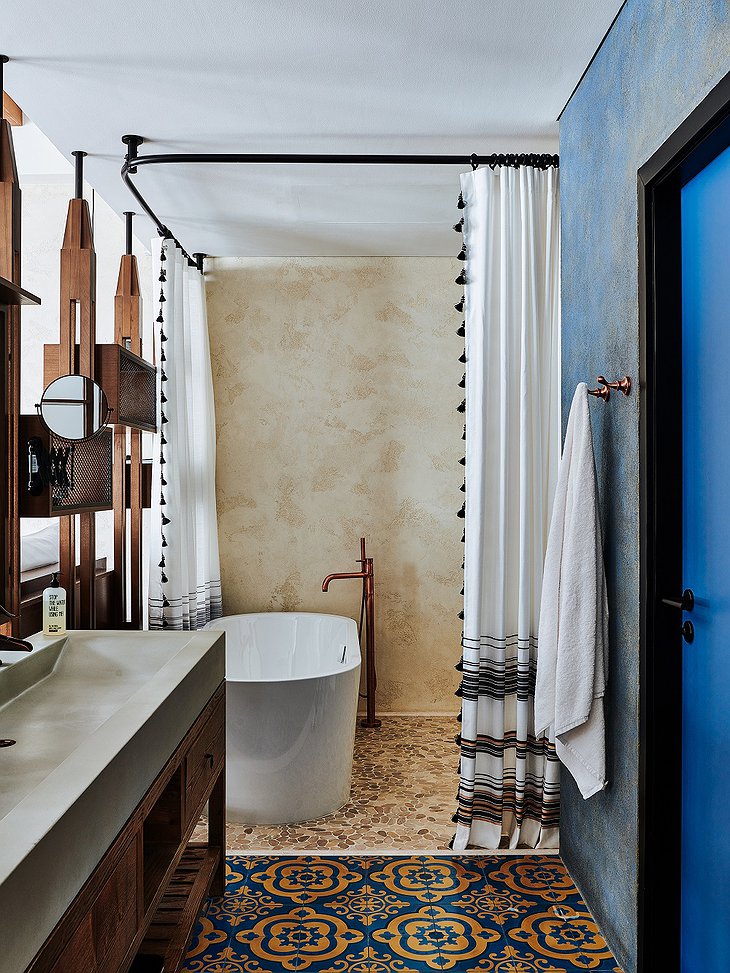 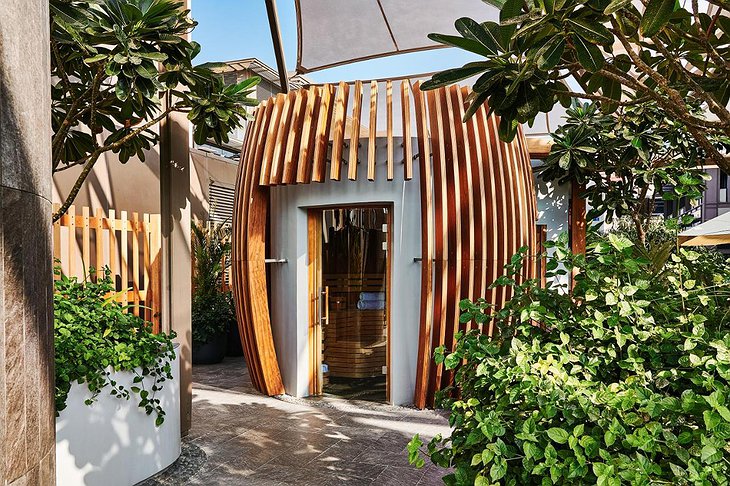 Rooftop pool overlooking the Museum of the Future 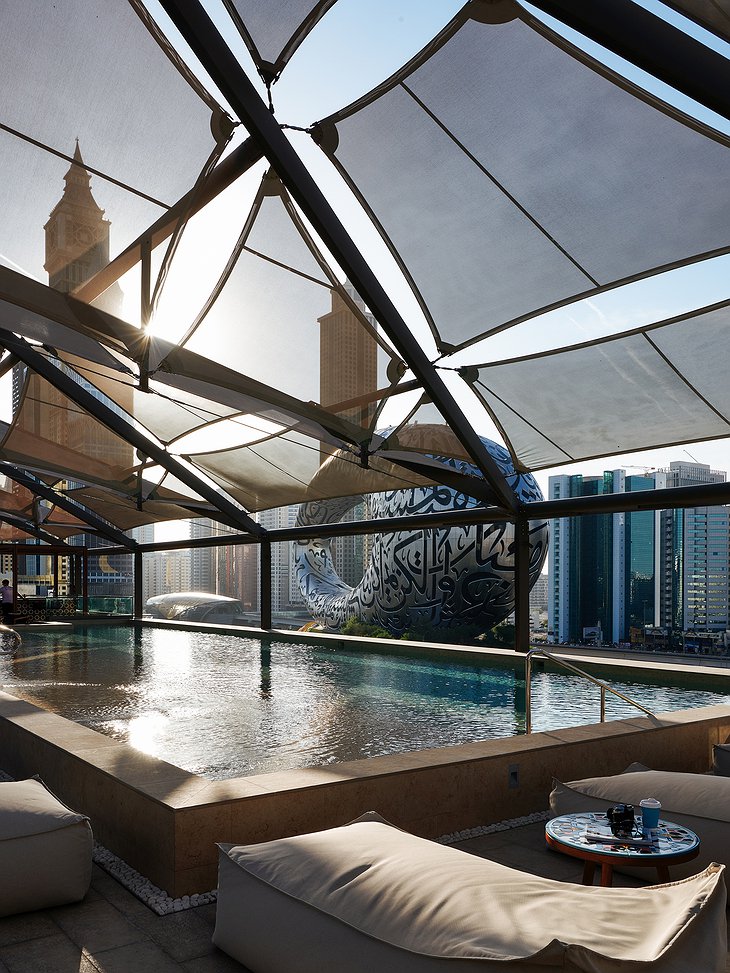