It seems like Swiss hotels are constantly trying to outdo each other in the art of ultimate luxury. The cryptically named 7132 Hotel is a strong contestant in the game. One of its unfair advantages? World-famous thermal baths designed by Peter Zumthor.

The hotel's curious name comes from its postcode in the village of Vals, Switzerland. Although the resort itself is brand new, the thermal baths have existed on this spot since around 1500 BC. In 1996, the baths underwent a reconstruction according to the design of Zumthor, who envisioned the spectacular quartzite interiors we can see today. Ten years later, the ultra-luxurious 7132 was opened.

The interiors at 7132 Hotel are a stark contrast to the dramatic Swiss Alpine landscape that surrounds it. Everything is sleek, extra modern, and minimalist with a clean, beige color palette. The signature room here is the Presidential Suite designed by a Japanese architect, Kengo Kuma. Occupying the hotel's top floor, it has sweeping views of the mountains and the valley from every room and a breath-taking outdoor terrace. If you can't afford 7132's epitome of luxury, don't worry: all rooms have delightful mountain views (but you'll have to say goodbye to complimentary helicopter transfer).

Apart from the indoor and outdoor baths, you'll also find a fitness center and a full menu of spa treatments at 7132. After a day of pampering, you can dine at one of the four restaurants, from the 2-Michelin-starred Silver restaurant to a cozy Swiss chalet serving local food. End your evening with a glass of whiskey and a live jazz concert, and you've got the Swiss luxury at its best. 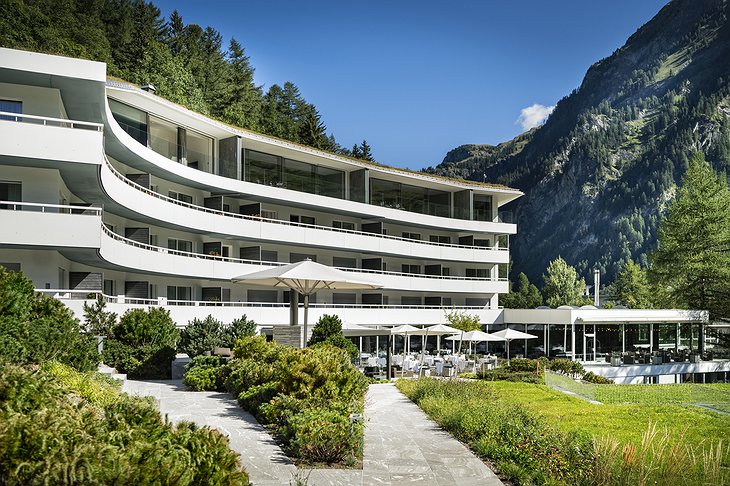 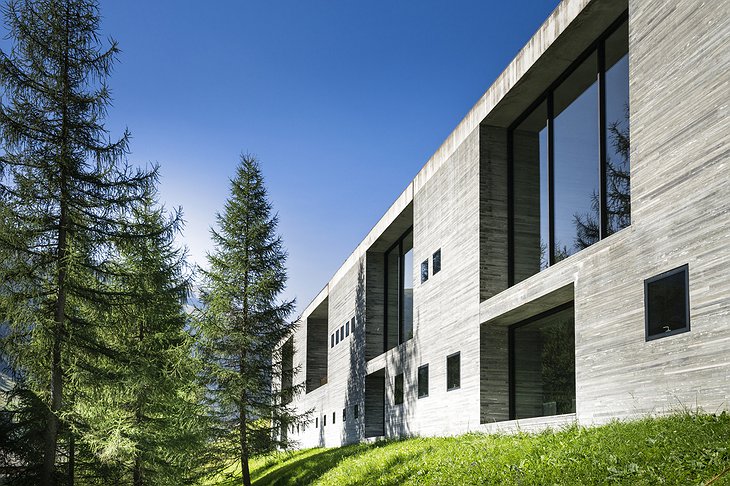 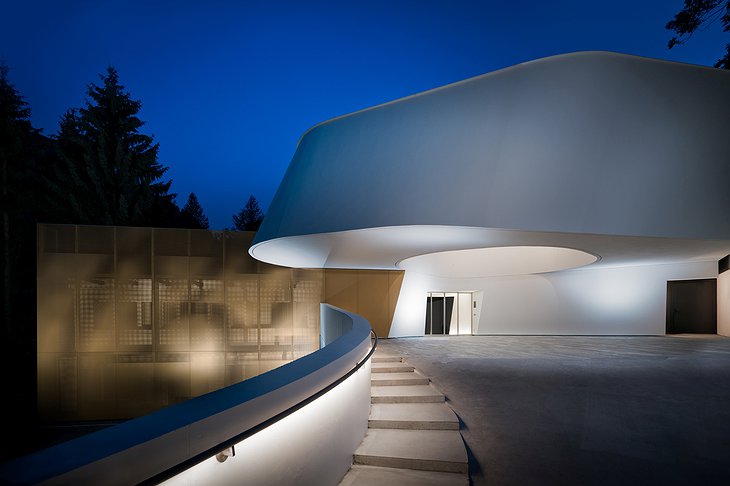 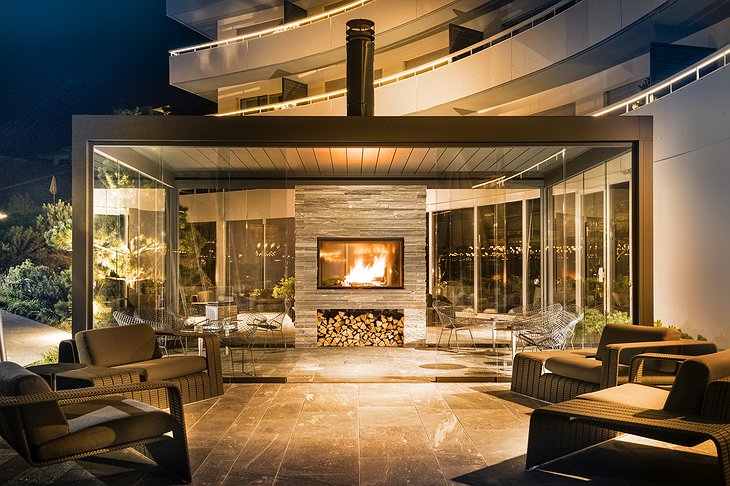 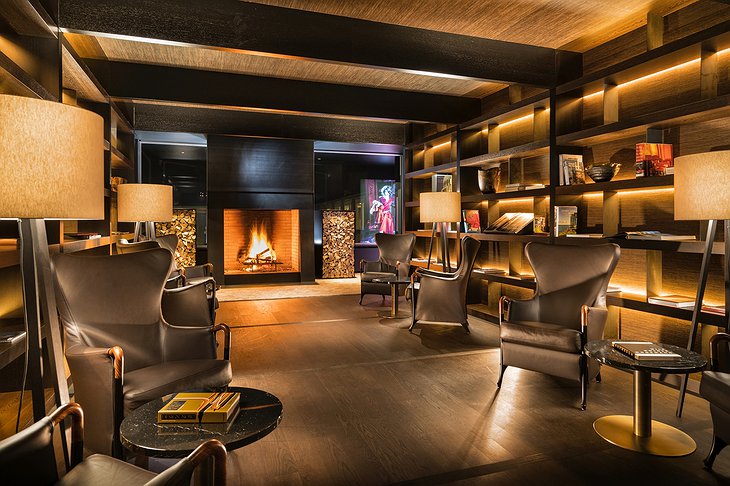 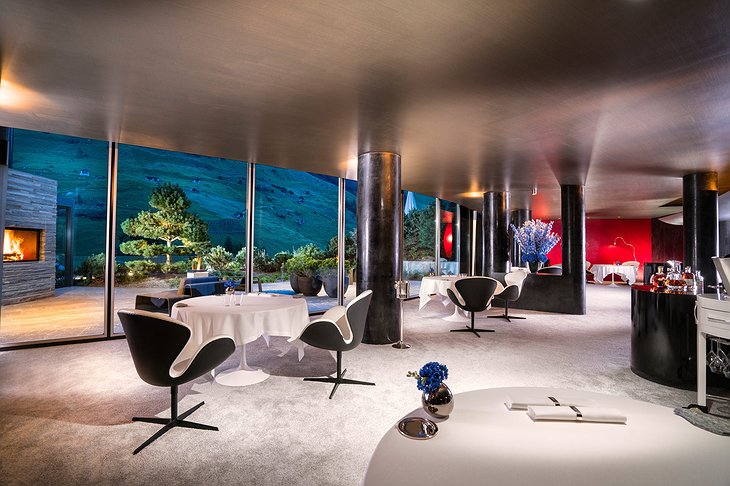 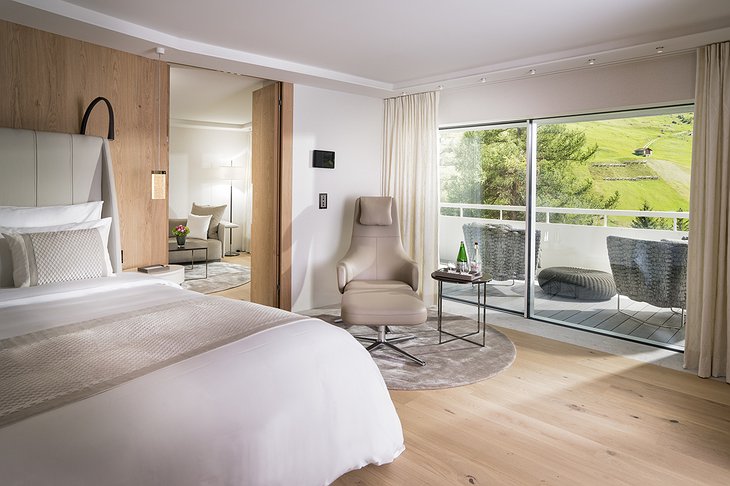 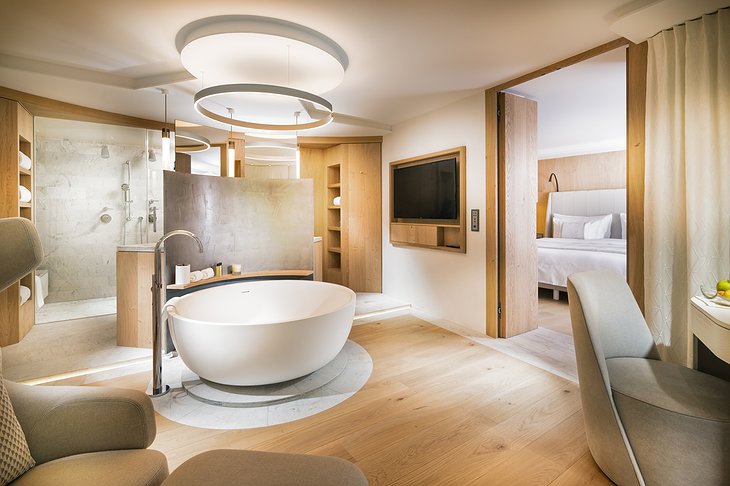 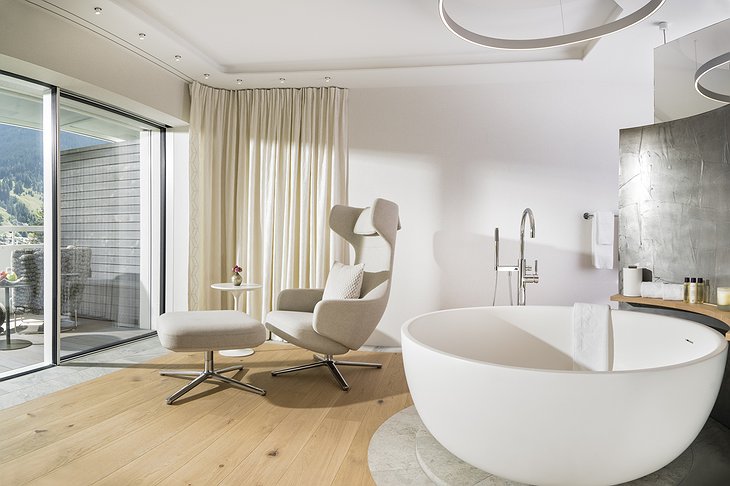 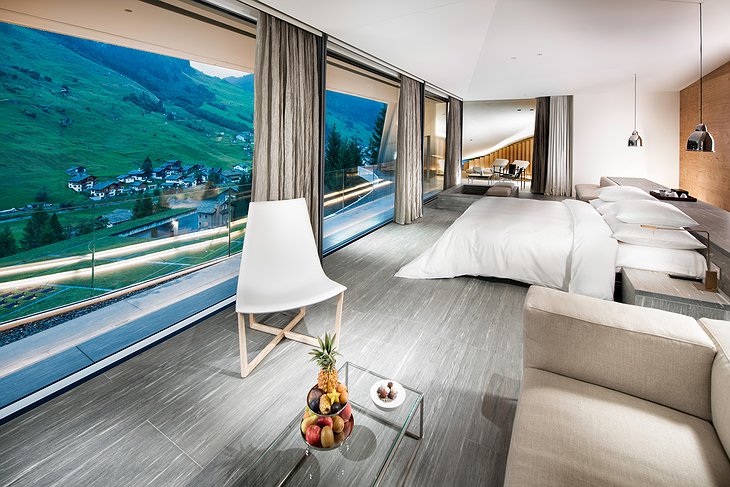 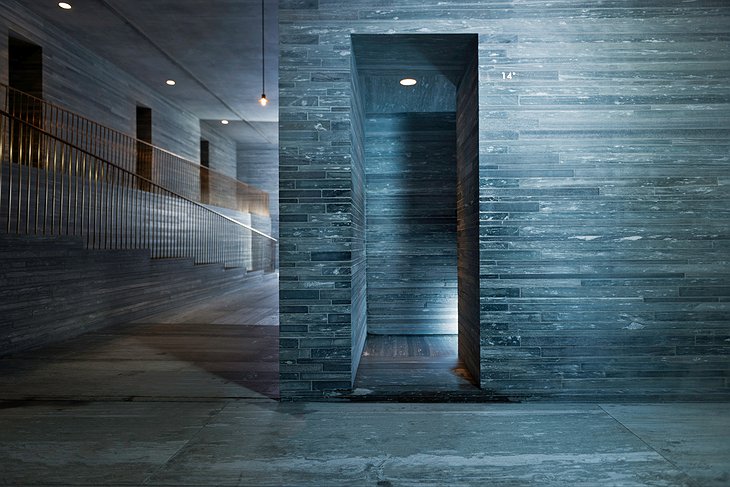 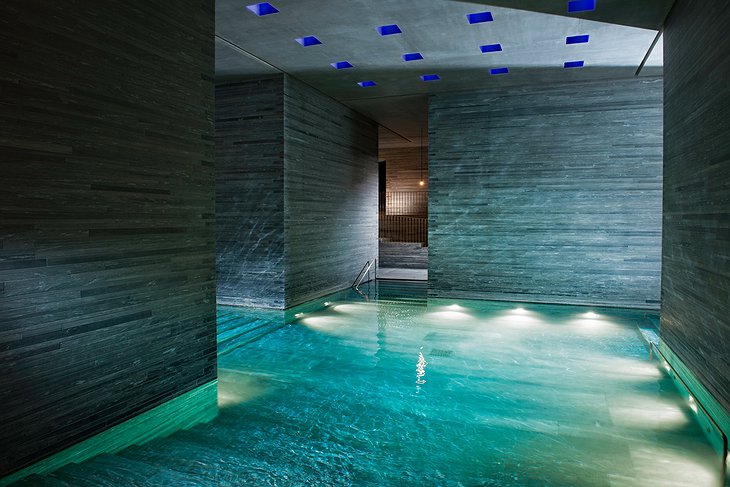 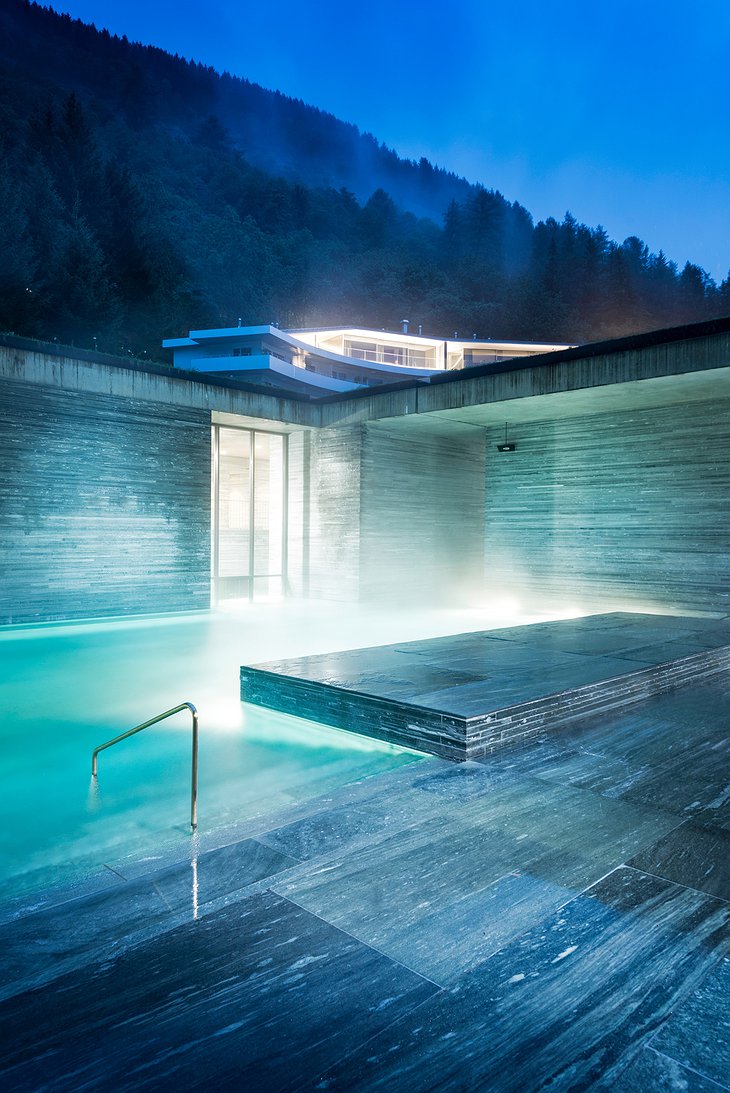 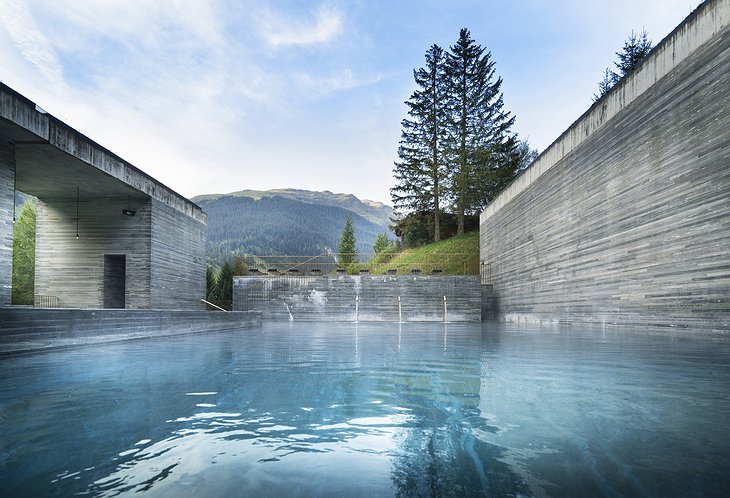 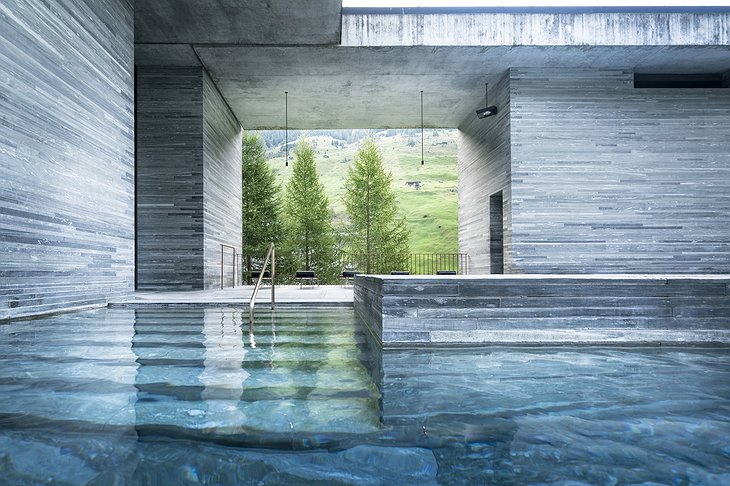 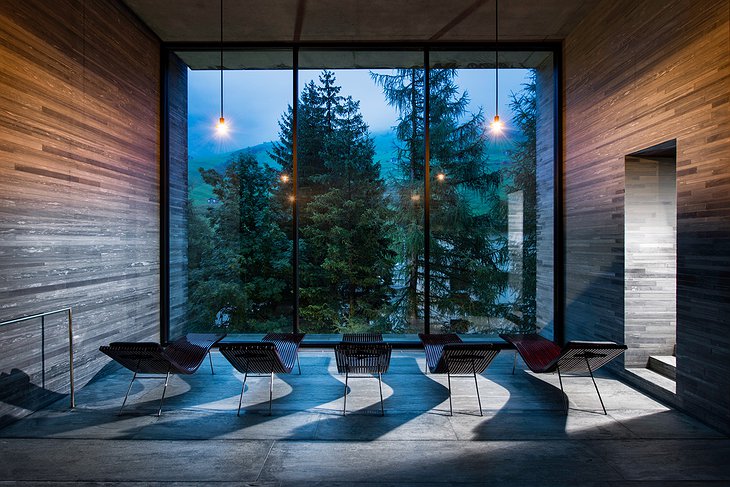 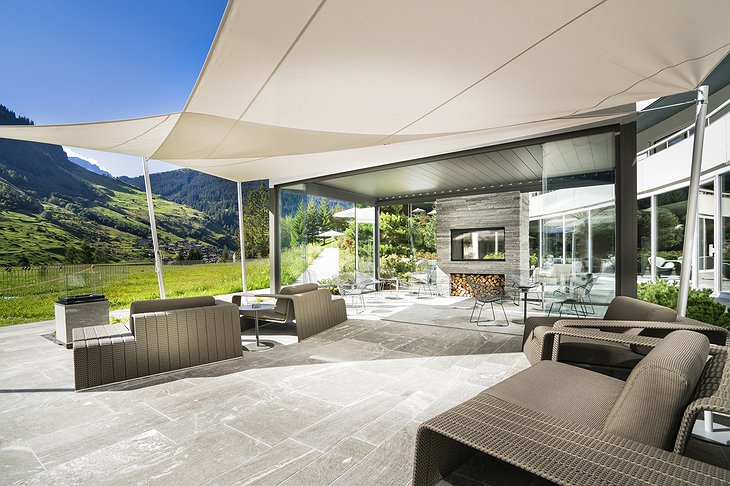 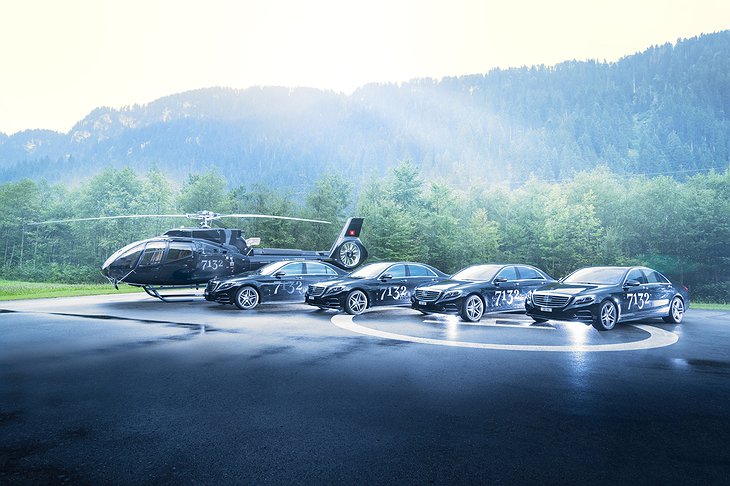 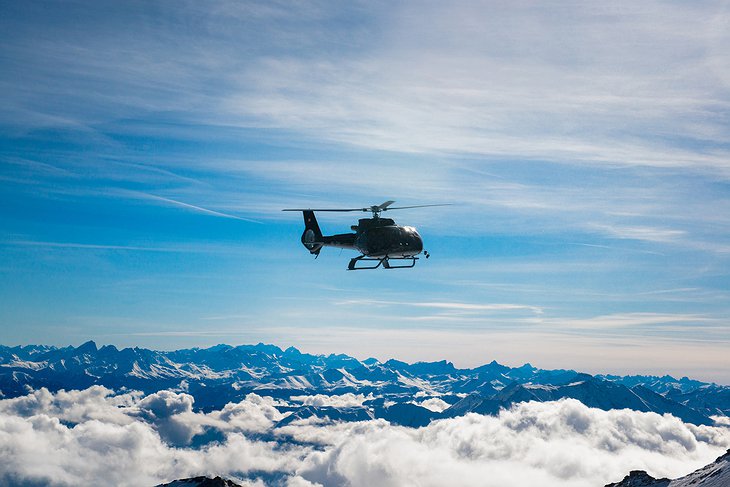 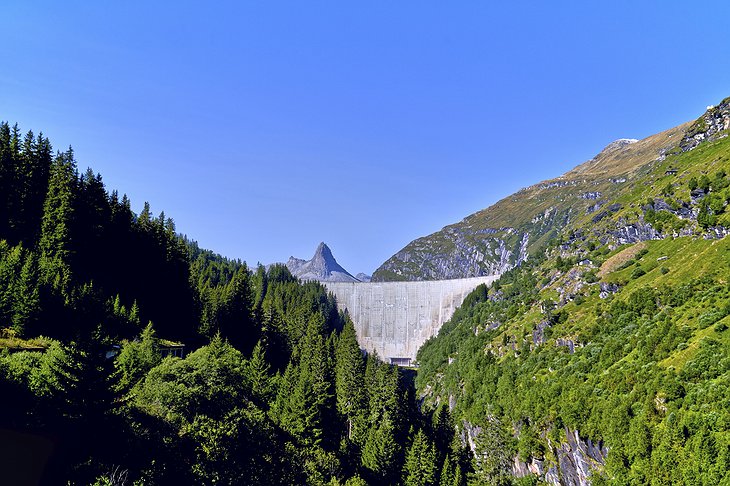 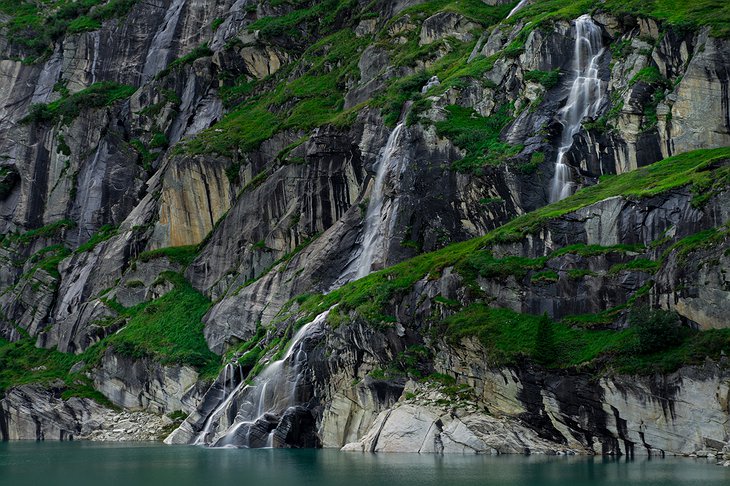 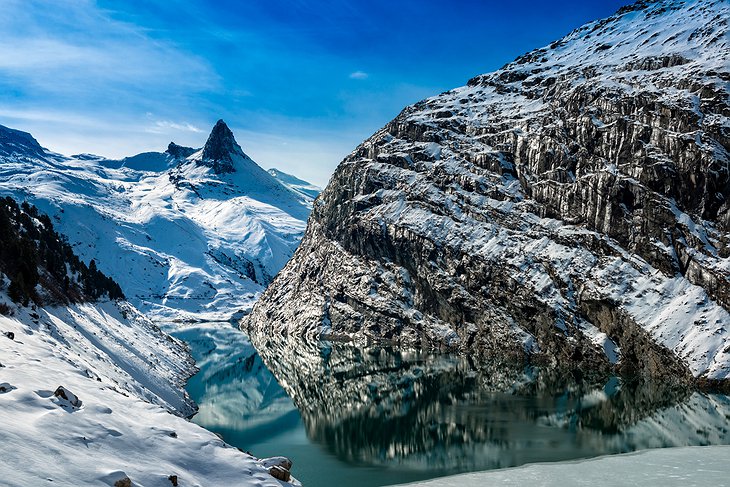