Set on a cliff with beaches on either side, the Albatroz commands a place of honor in Portugal’s foremost playground, Cascais. The former fishing village has been around since the 12th Century. A succession of Kings, Lords, and Marquises took possession of the village over centuries until today, where it is one of the most popular summer resorts in Europe.

You step inside: Riviera glamour and palm trees in the hazy sunlight. The sound of waves wash down the cliffs below and sea birds call over soft breezes. The old part of the hotel is called the… ahem…‘Old House’. Still, at least there will be no confusion between that and the modern buildings. It was built in 1873 and has been decorated to recall the courtly glamour of the past while the ‘White House’ is modern in style and finally, The Palace, looking like a neo-romantic dream.

The restaurant is well regarded and serves specialty seafood. You can visit Lisbon or any number of historical interest sites, I hope you like castles. If not, how about racing through walls of water on skis? Paragliding anyone? Then how about chilling on the beach with a cocktail? Marvelous. 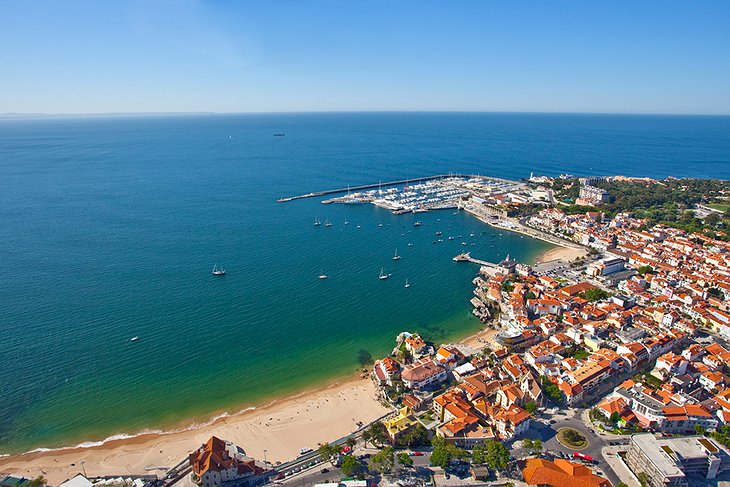 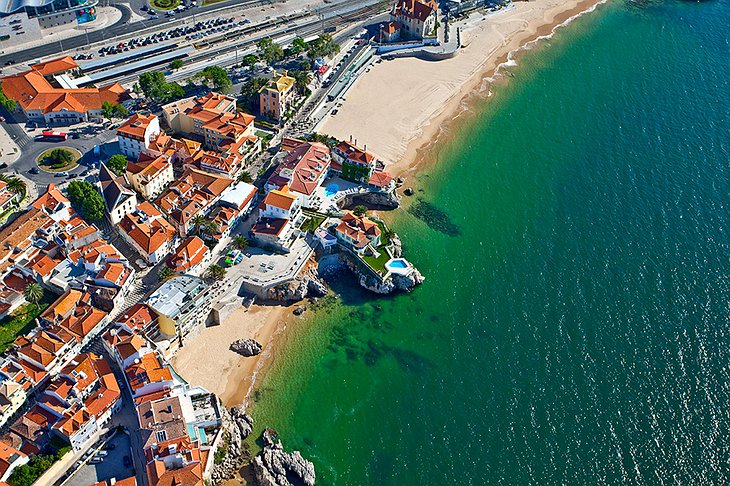 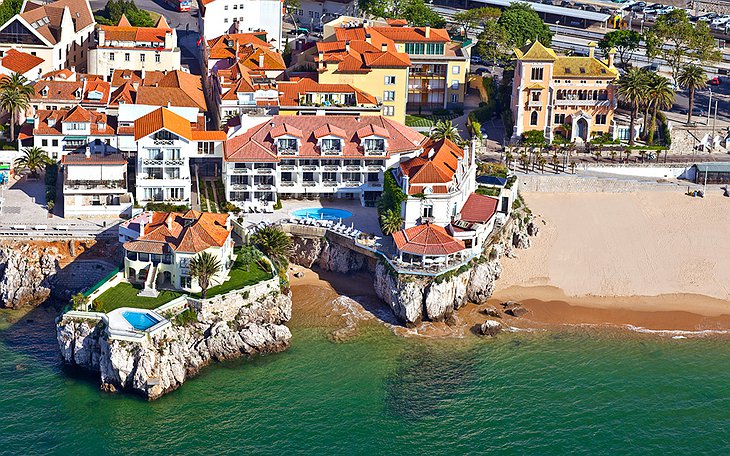 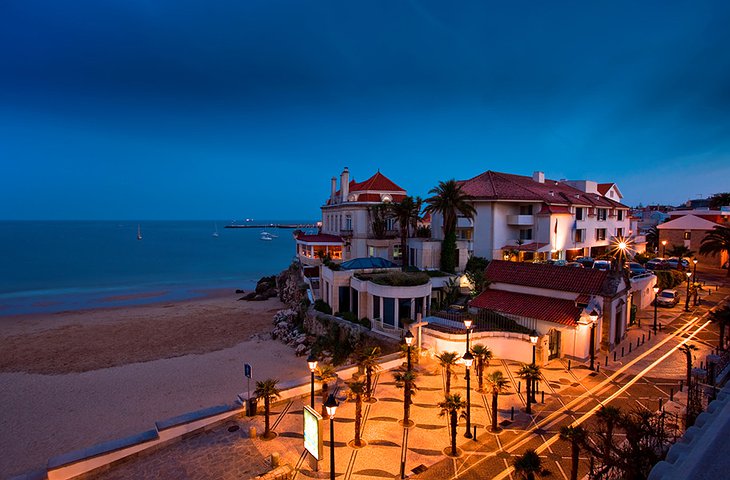 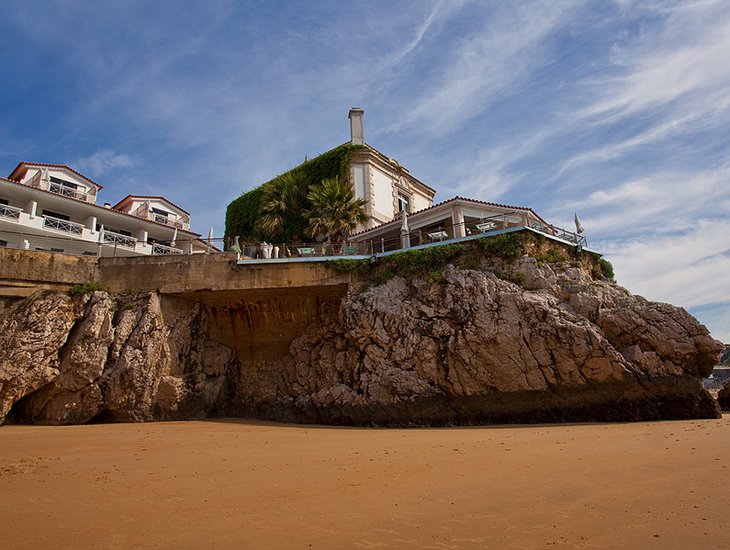 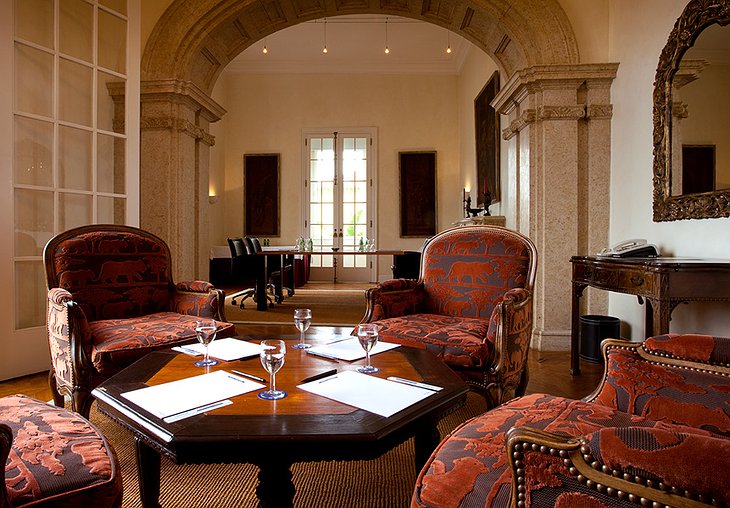 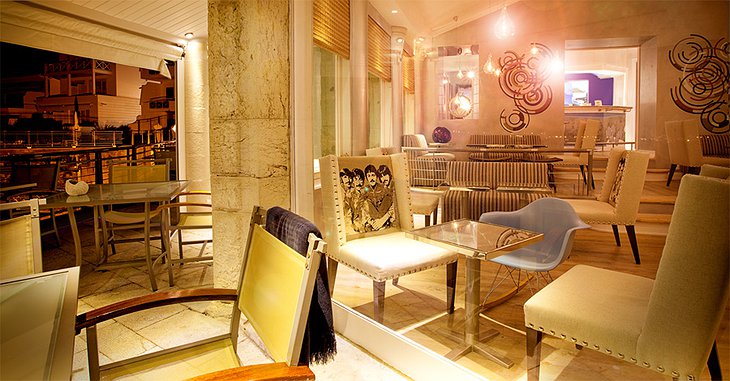 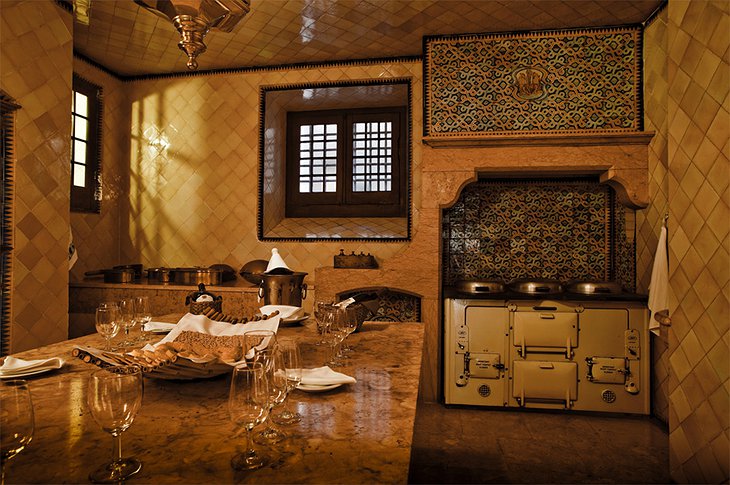 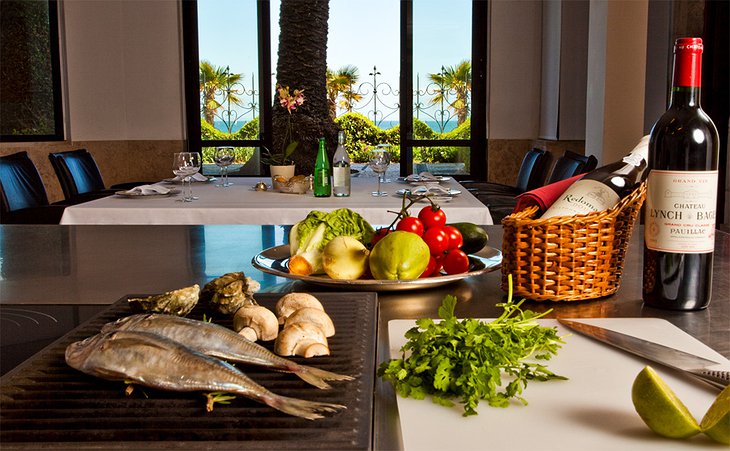 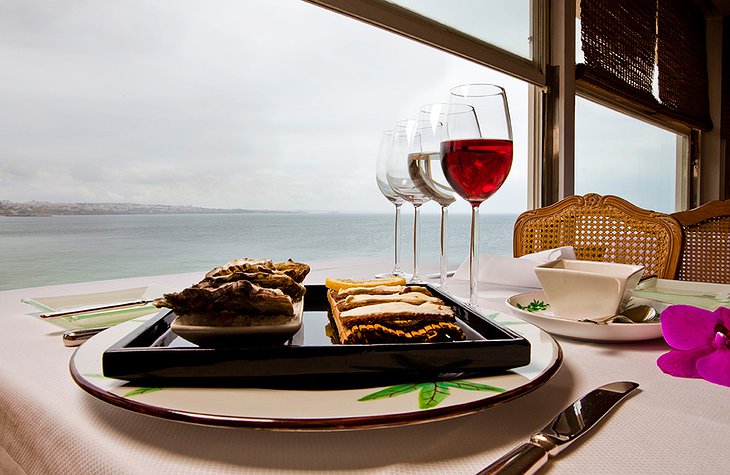 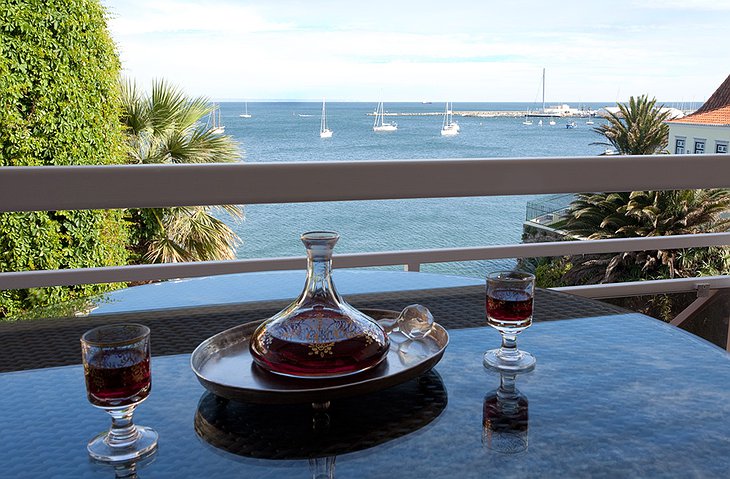 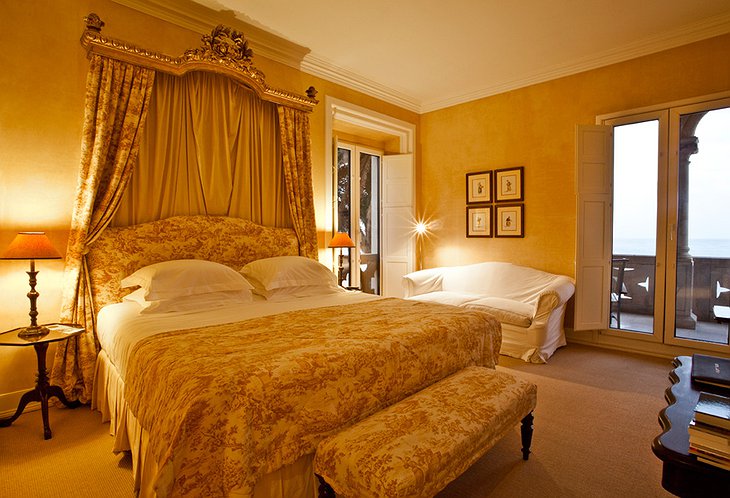 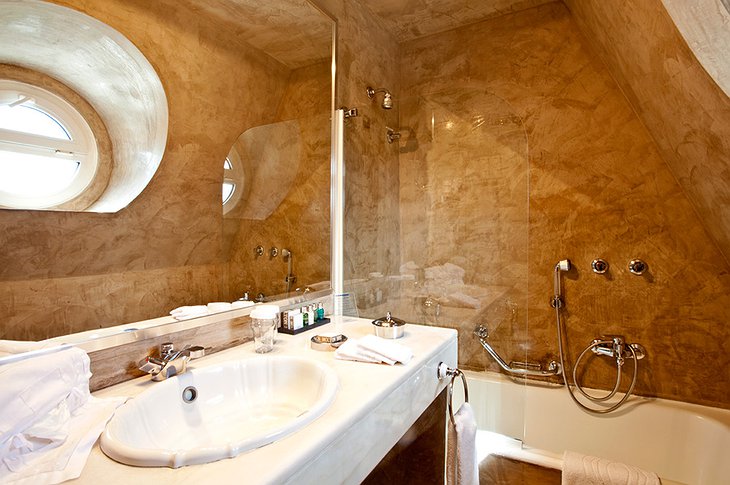 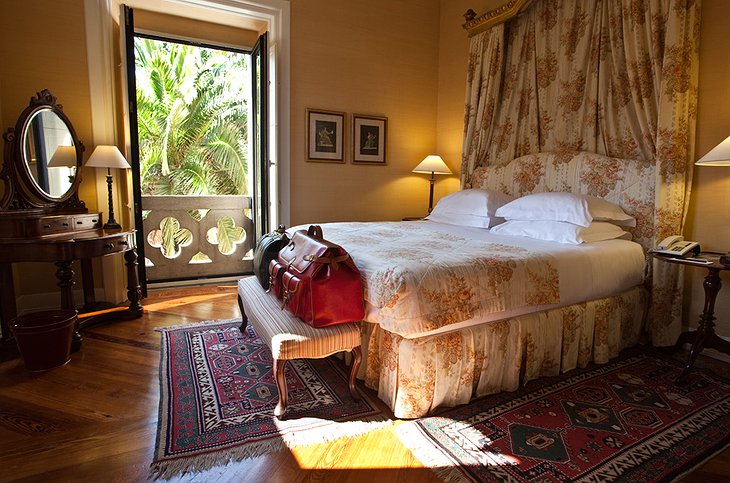 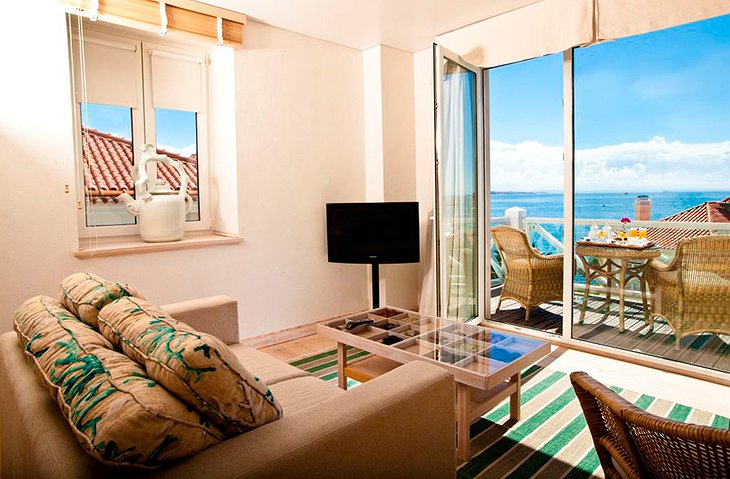 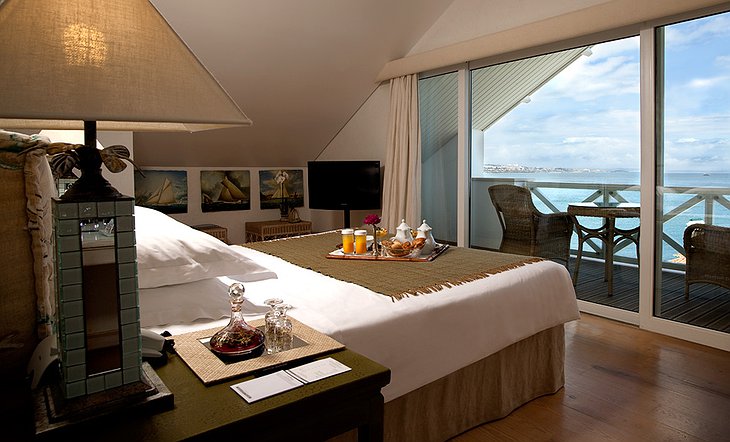 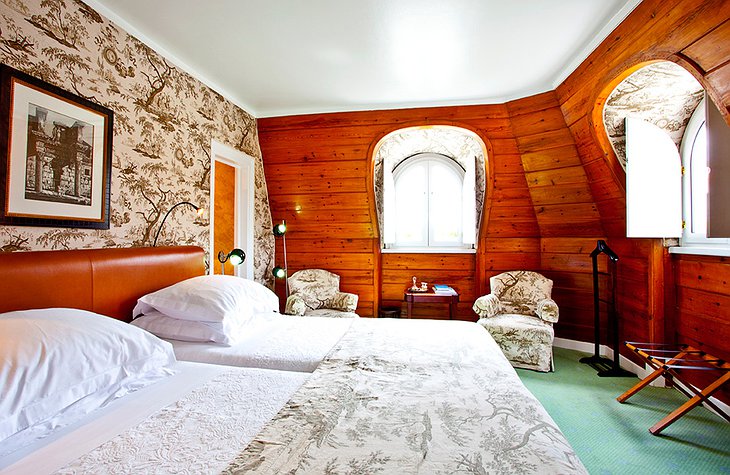 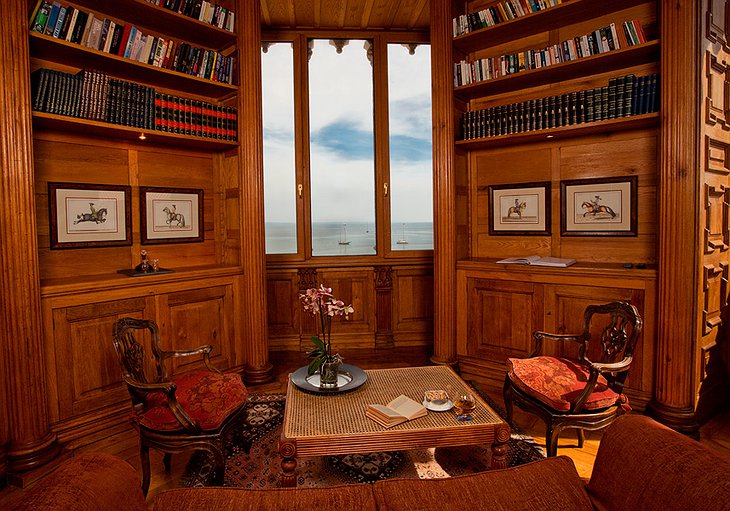 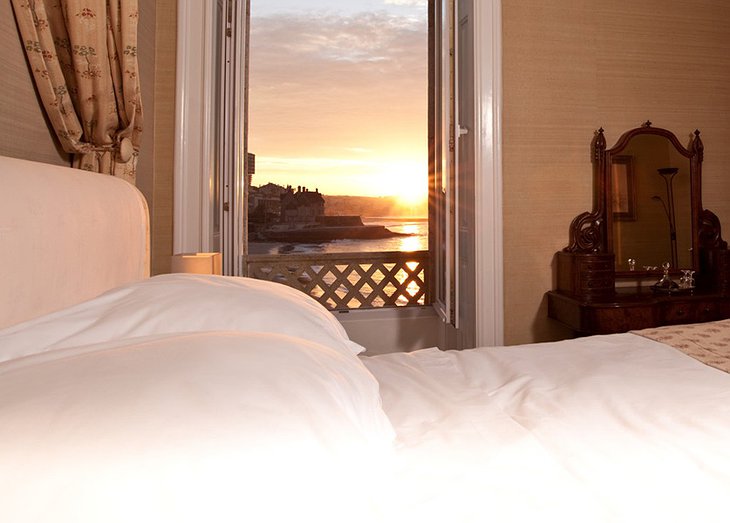 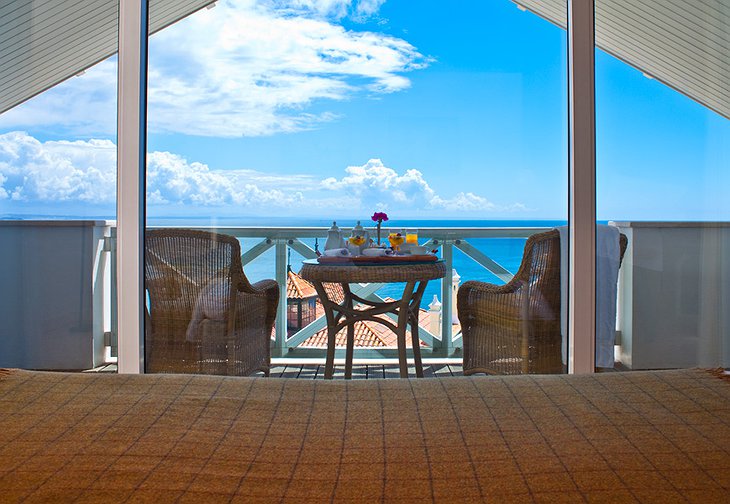 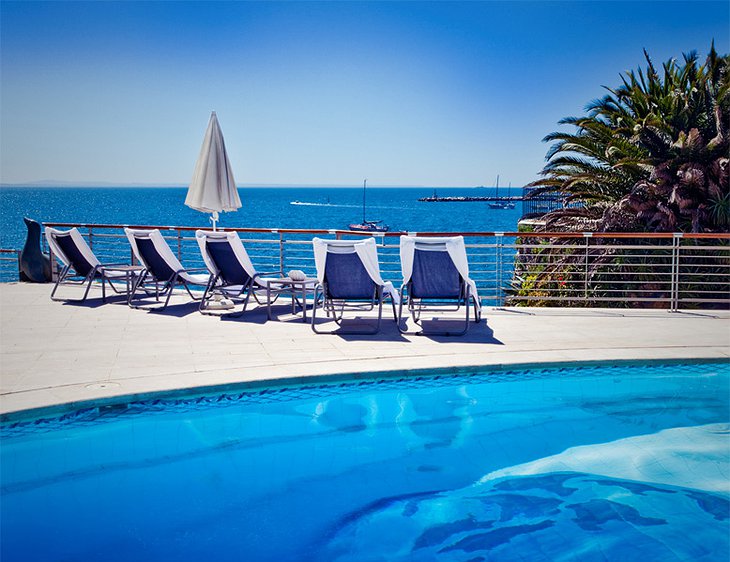 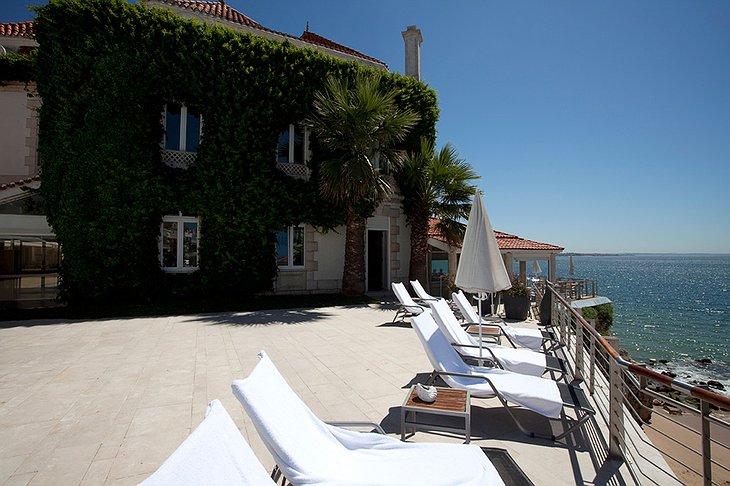 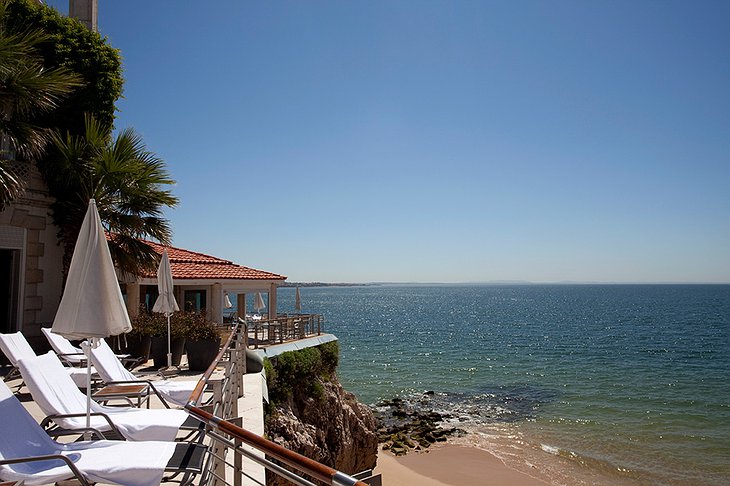