Mykonos is a Greek Island that was formed, according to legend, when Greek God, Zeus, battled the titan giants. After a universe-shattering punch, delivered by the Greek deity, some of the titan’s teeth flew out. They fell into the Mediterranean to form Mykonos and its neighboring islands. After this violent conception, it is perhaps surprising that the island today is well-known for its weddings and honeymoons.

Bill & Coo is a couples-only hotel that offers suites, spa treatments, and a gorgeous clifftop infinity pool. Indeed the hotel is named after the sound doves make when they’re in love. Each suite is decorated in elegant white and blue – drawing inspiration from the picturesque villages that dot the island. You have a private terrace so you can lie on a sun lounger and then watch the sunset from your hot tub with a cocktail from your own bar. The restaurant is run by an award-winning chef and takes traditional Mediterranean flavors into the kitchen with fine dining elegance. 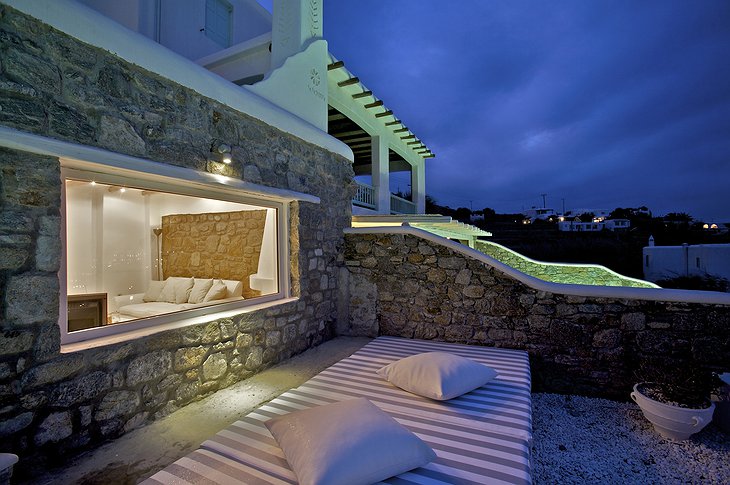 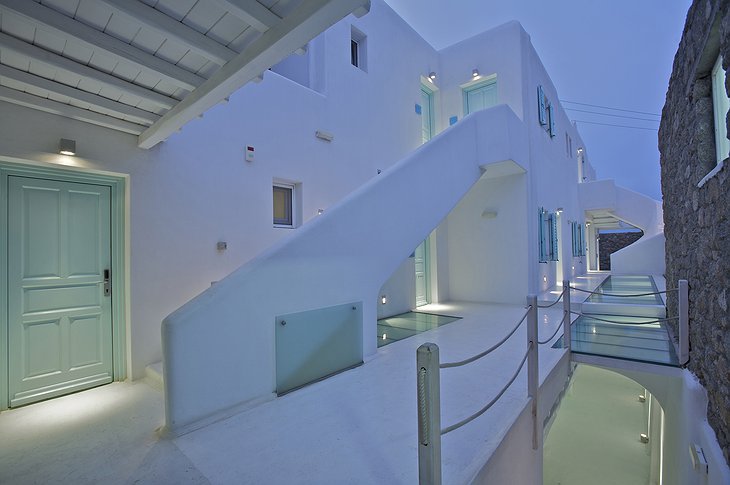 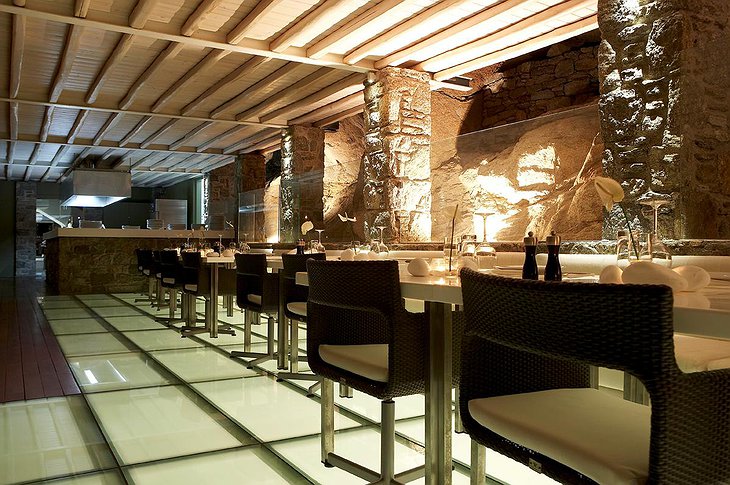 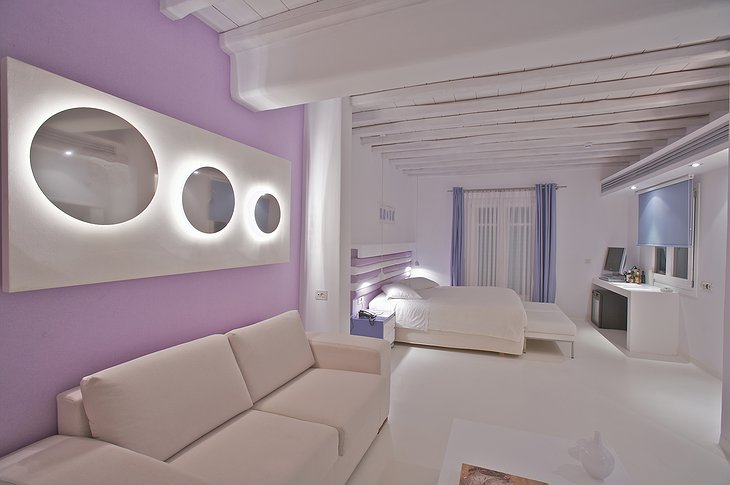 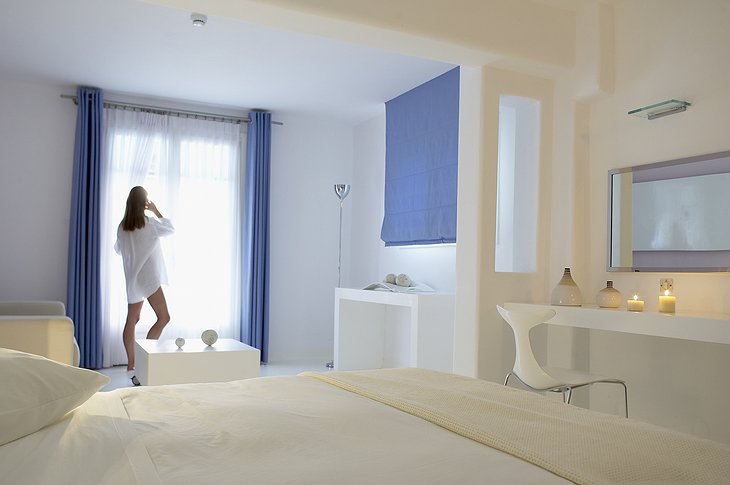 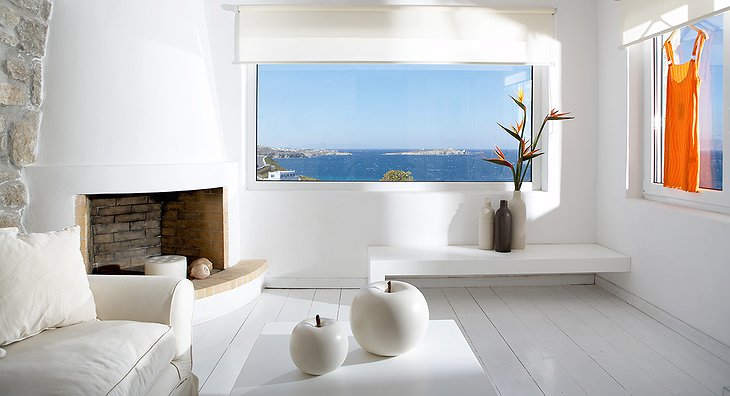 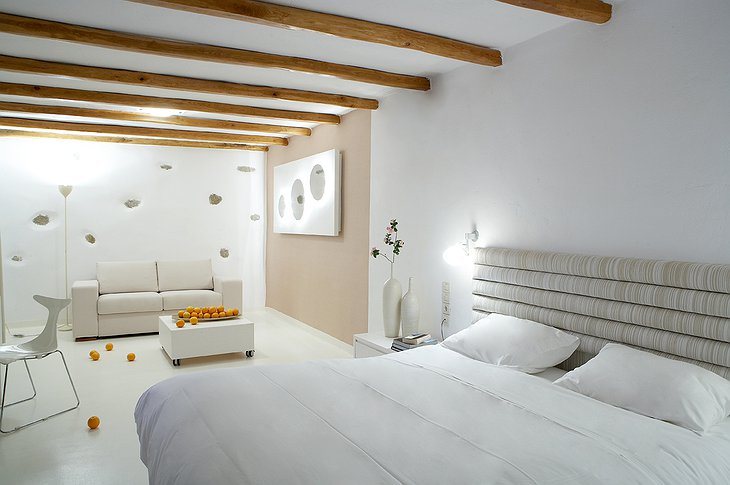 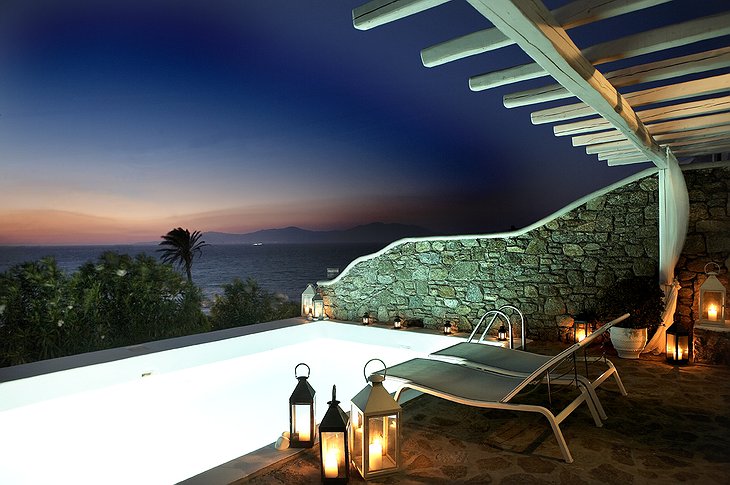 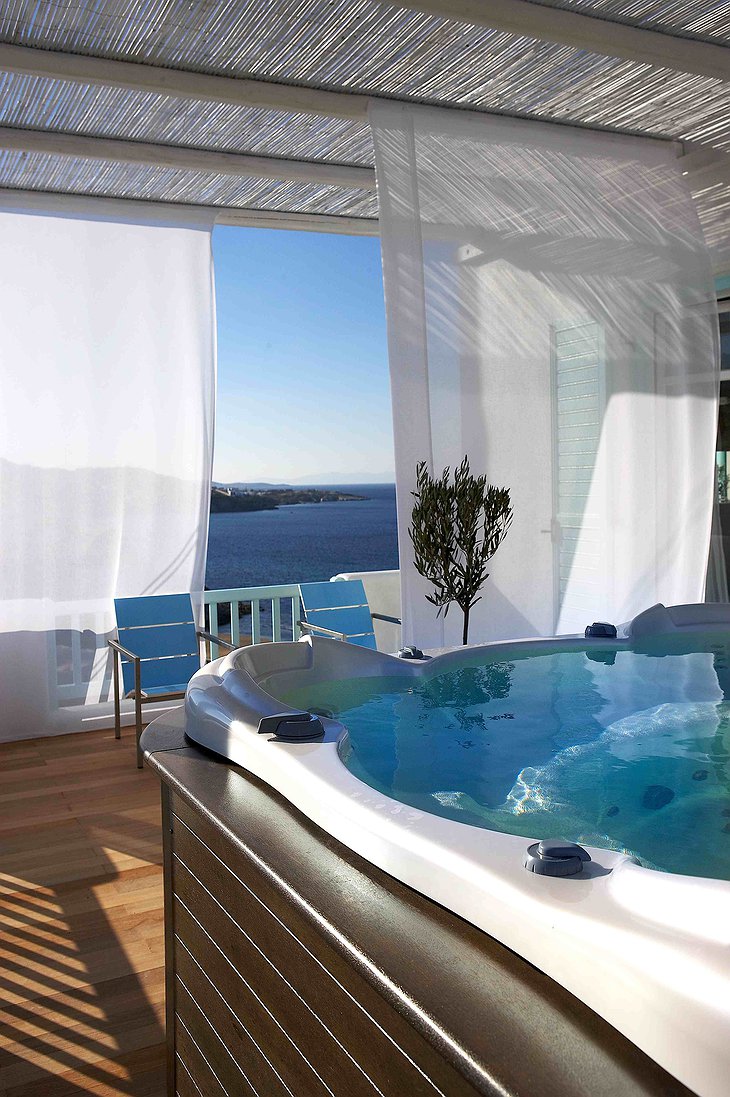 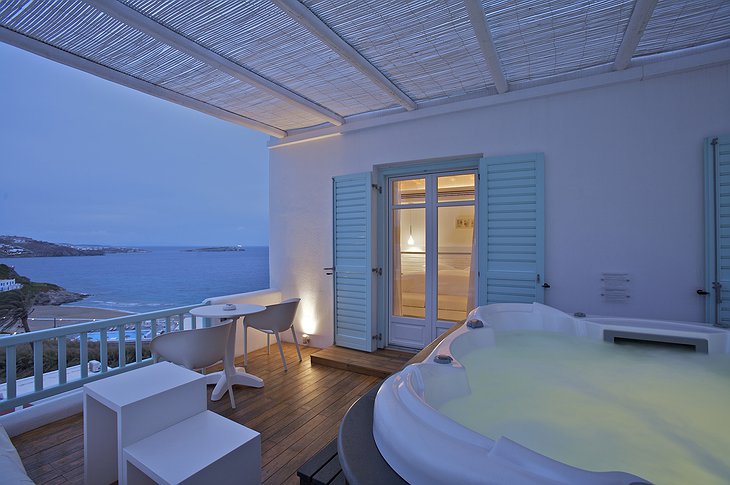 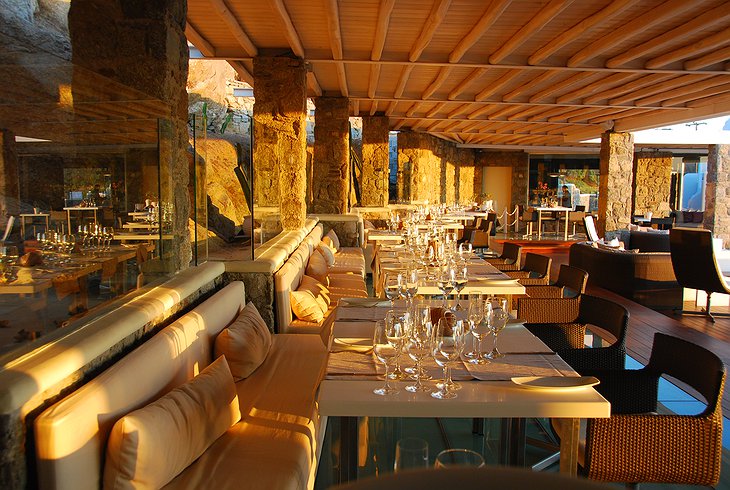 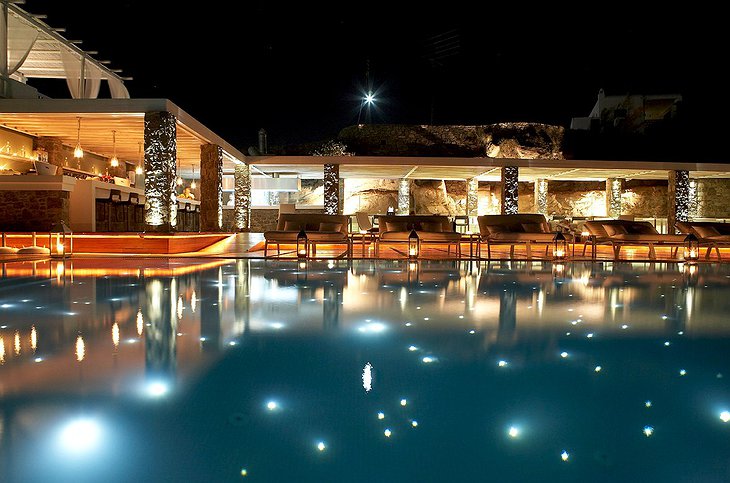 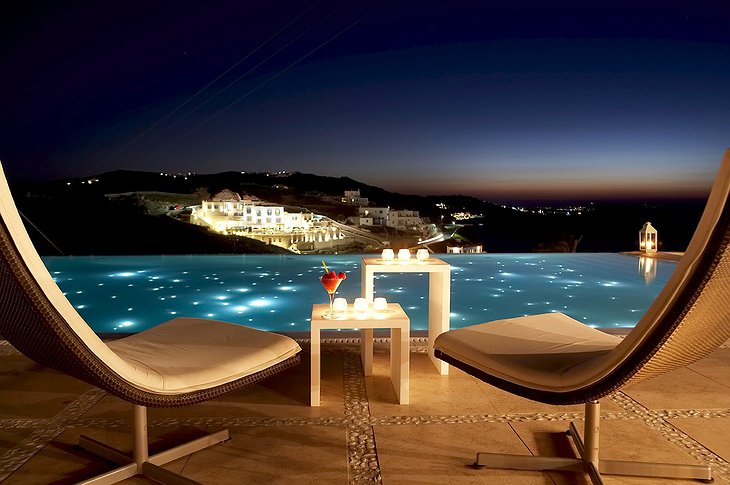