One of the oldest buildings in Varanasi, the BrijRama Palace - A Heritage Hotel was built in the 18th century and is located on its own ghat.

It is considered to be one of the city's most historic structures. The property is well situated close to Varanasi's most spectacular ghat, the Dashashwamedh, and offers beautiful panoramas of the Ganges.

BrijRama Palace is one of the oldest man-made monuments in Varanasi, and today, it's a top-tier luxury hotel. 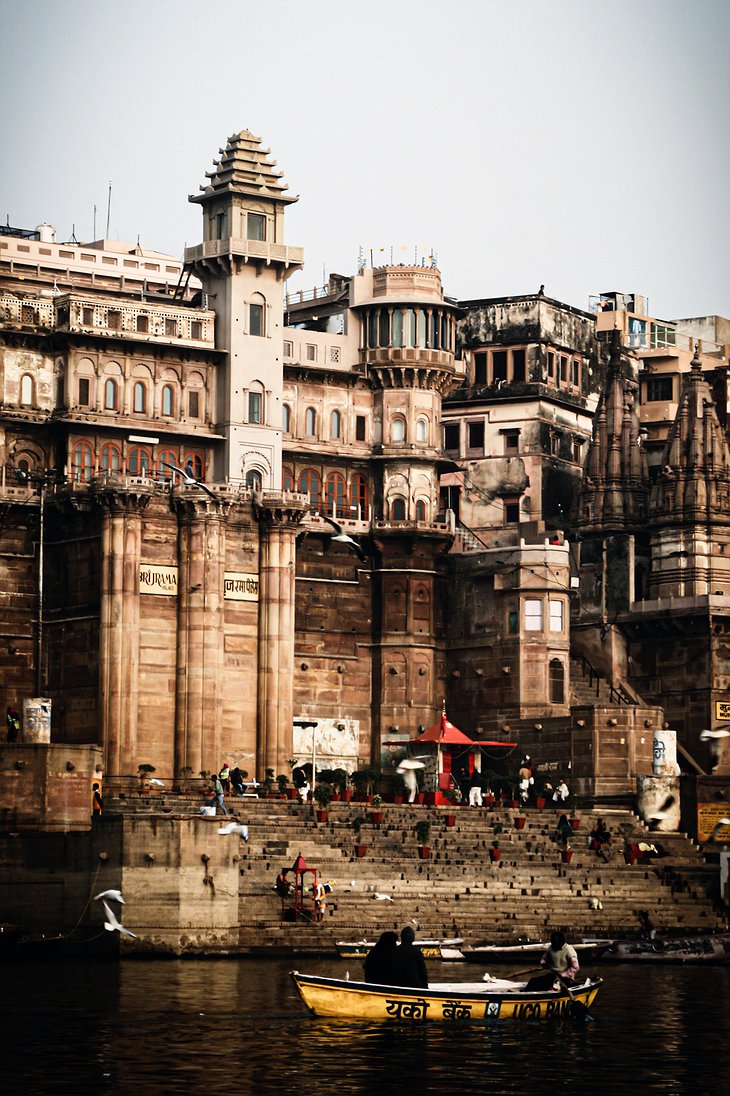 The palace's architecture and design reflect the city's past and culture, and it was influenced by the Maratha Dynasty. 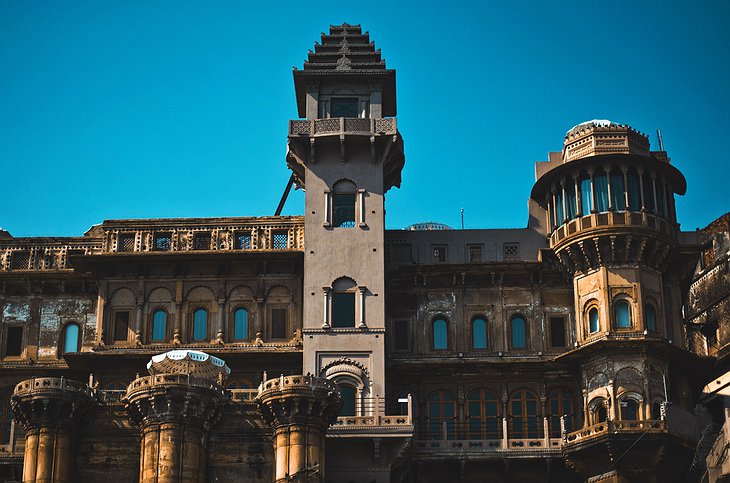 This 220-year-old castle is ideal for individuals who want to relax in royal luxury. BrijRama promises the spiritual healing tourists and pilgrims seek.

BrijRama is adjacent to Varanasi's tourism highlights, including Dashashwamedh Ghat and Vishwanath Temple. 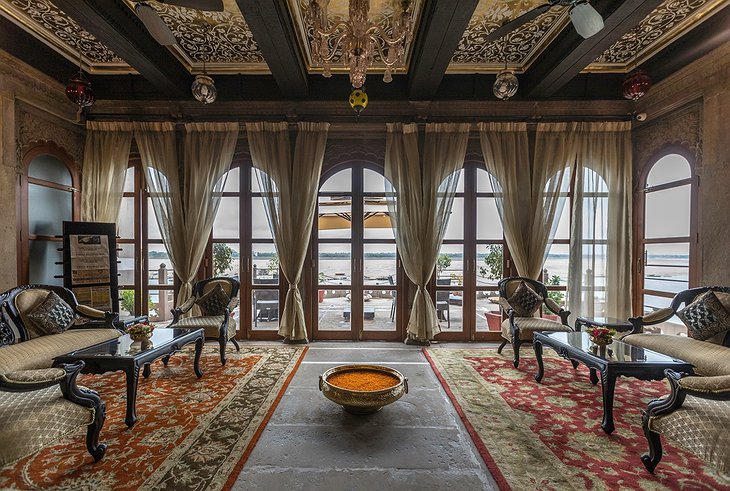 As a result of several ownership transitions, the building's interior has an eclectic blend of architectural styles. 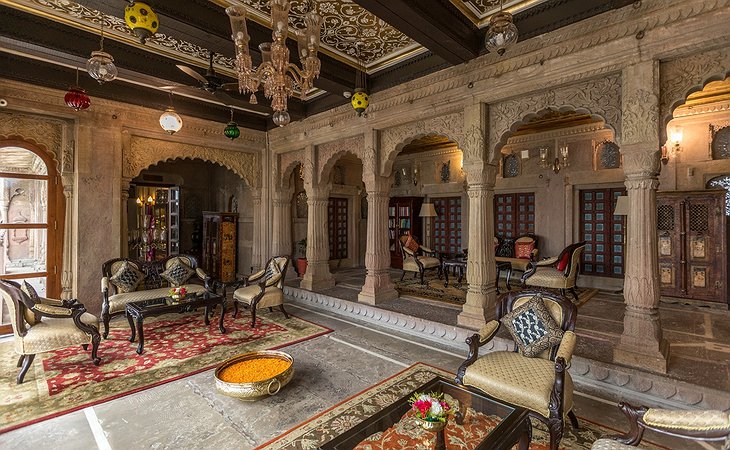 The Maharaja of Darbhanga donated the Greco-Roman sculptures and carvings of river dolphins to the Maratha-style lined granite pillars, semicircular outposts, and floral themes (in modern-day Bihar). 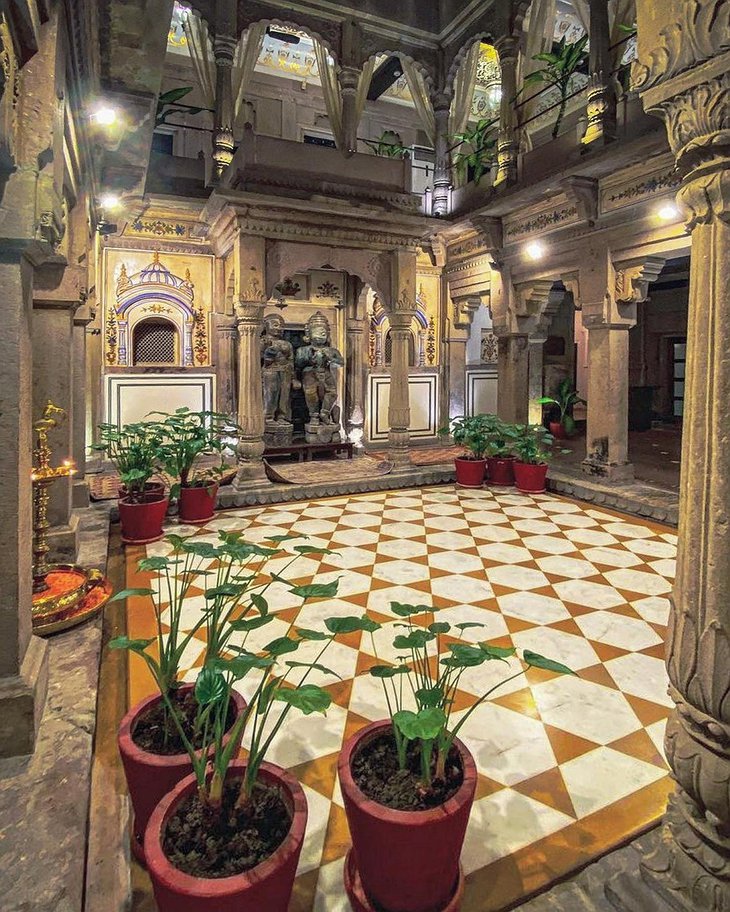 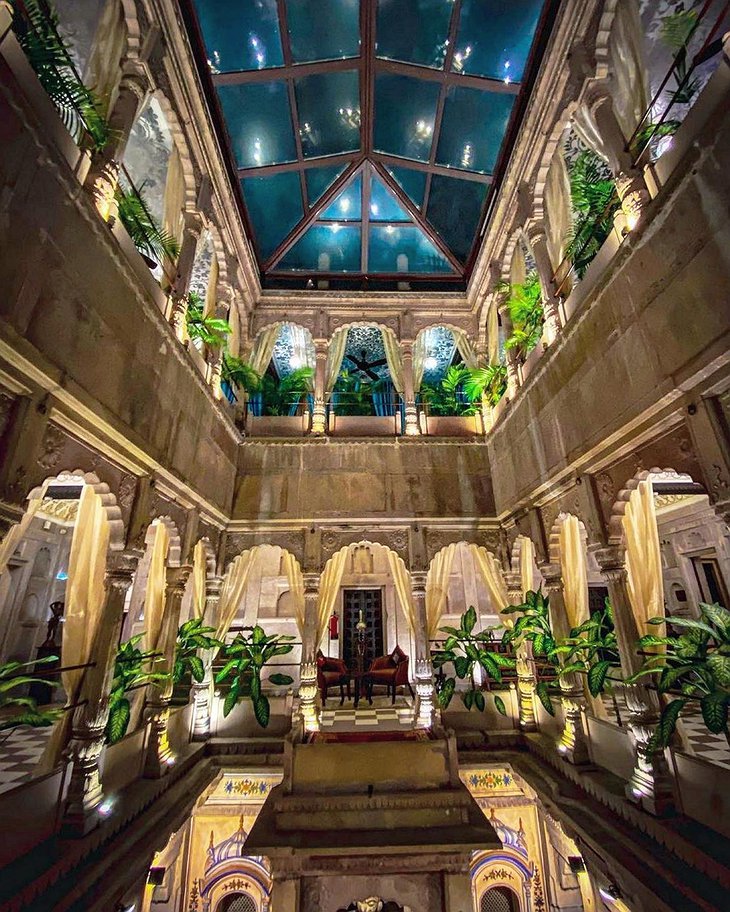 The heritage property in Varanasi exudes a sense of "living with history" because of the numerous original artworks from the 18th century that cover the walls and pillars of the hotel, as well as the exquisite antiques. 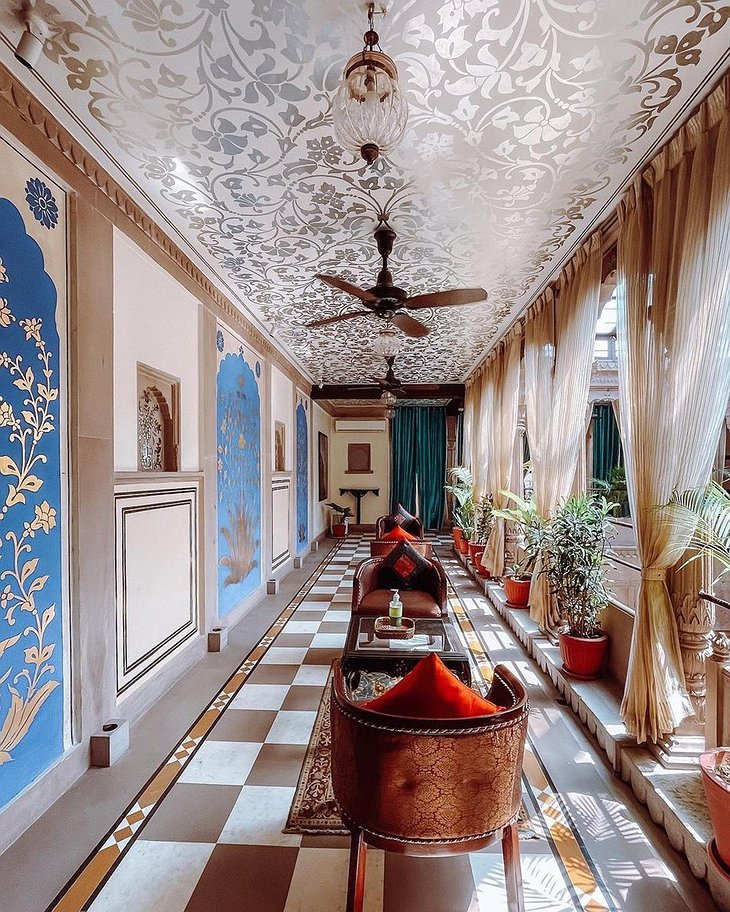 As with many dining places along the Ganges (and in India, generally), only vegetarian food is available. Darbhanga restaurant serves a multi-cuisine dinner fit for king or queen. 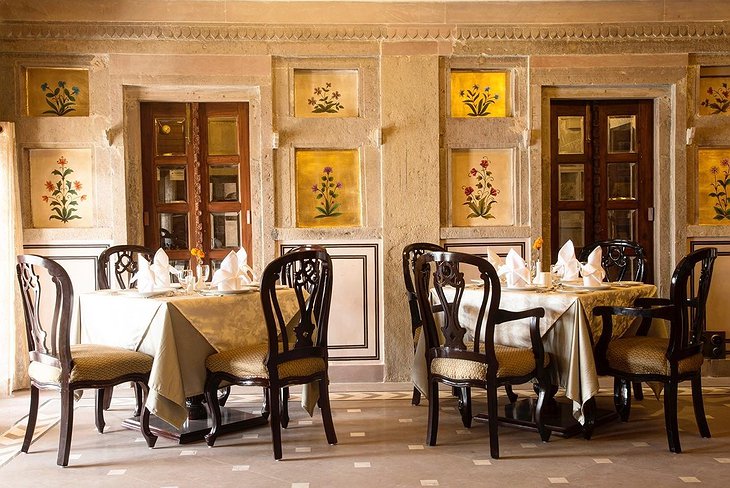 And if you are craving something sweet, Banarasi paan is a world-famous dessert often covered in rose petals and silver foil.

Brijrama Palace gives the most genuine Banaras (ancient name for Varanasi) dining experience along the Ganga. 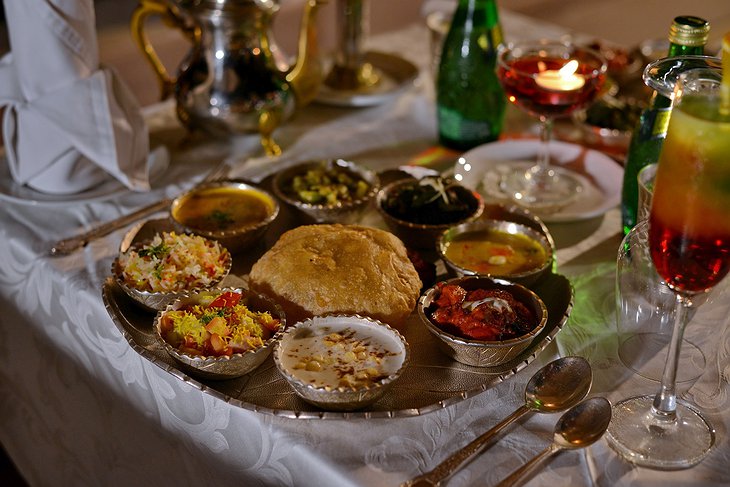 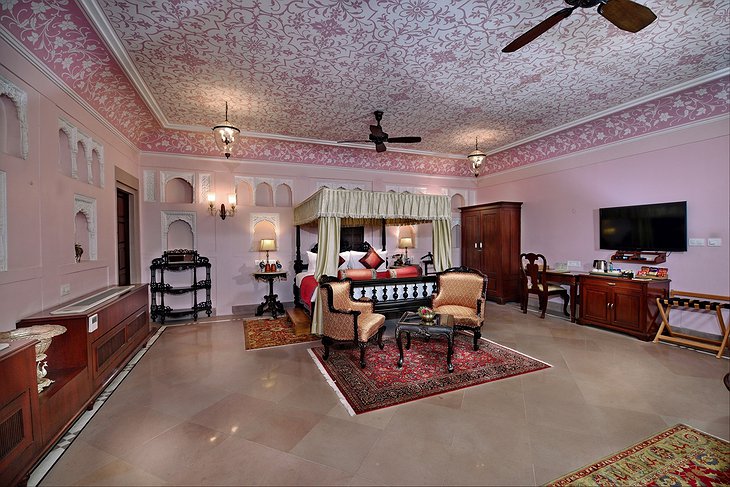 The apartments include a classic design with a modern twist, featuring traditional lamps and fine artwork. 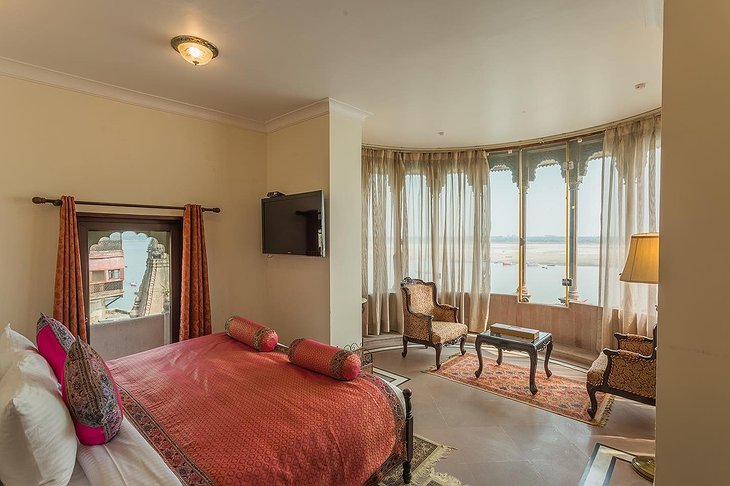 Varuna Burj Suite is a 300-square-foot semicircular chamber that extends from the palace wall, also called "The Bastion". Here, you will have a panoramic view of the river Ganges. 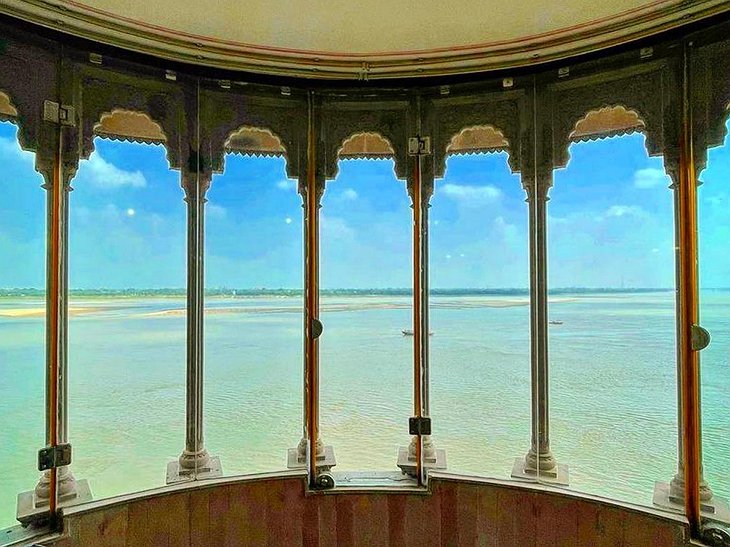 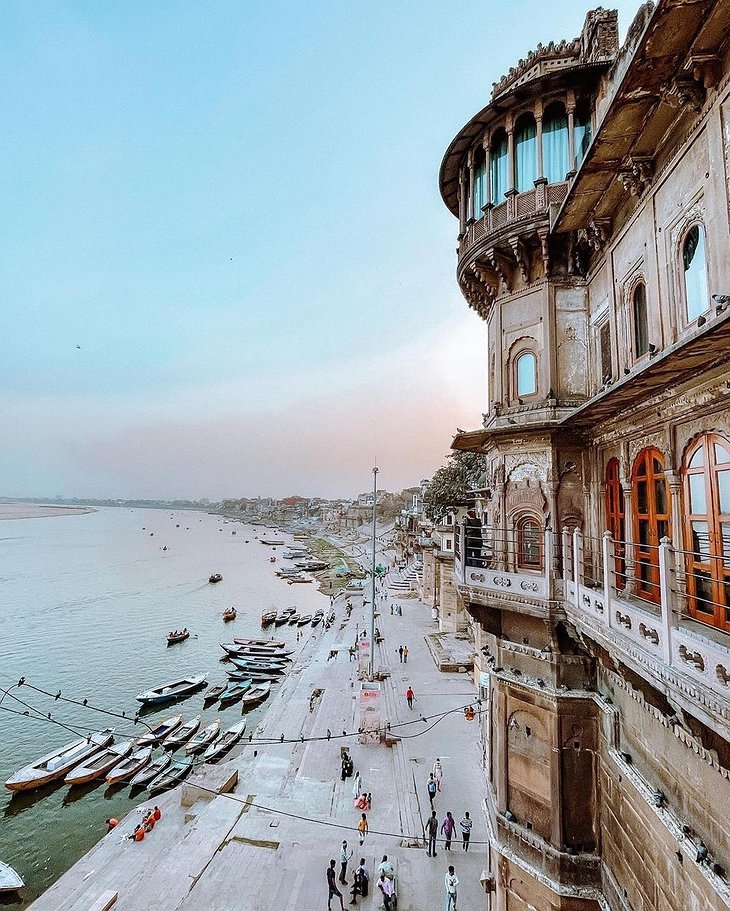 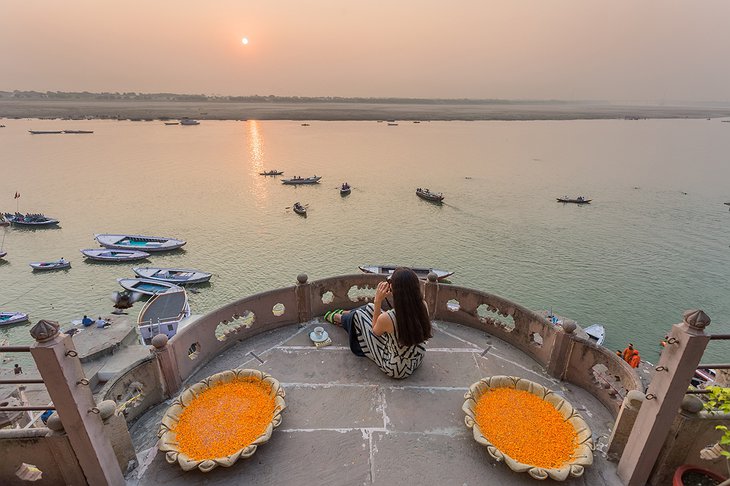 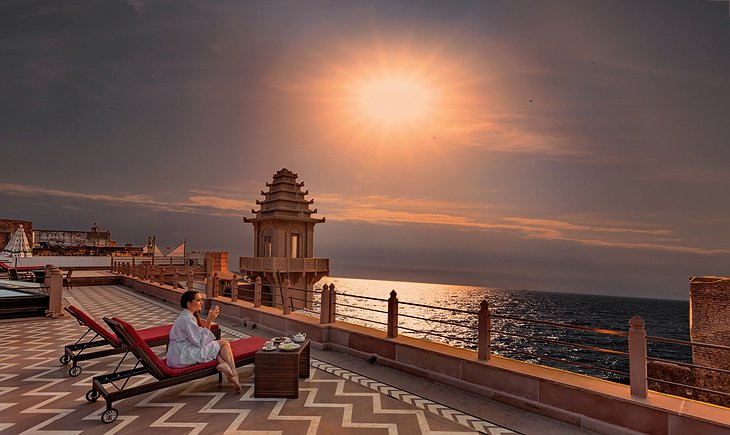 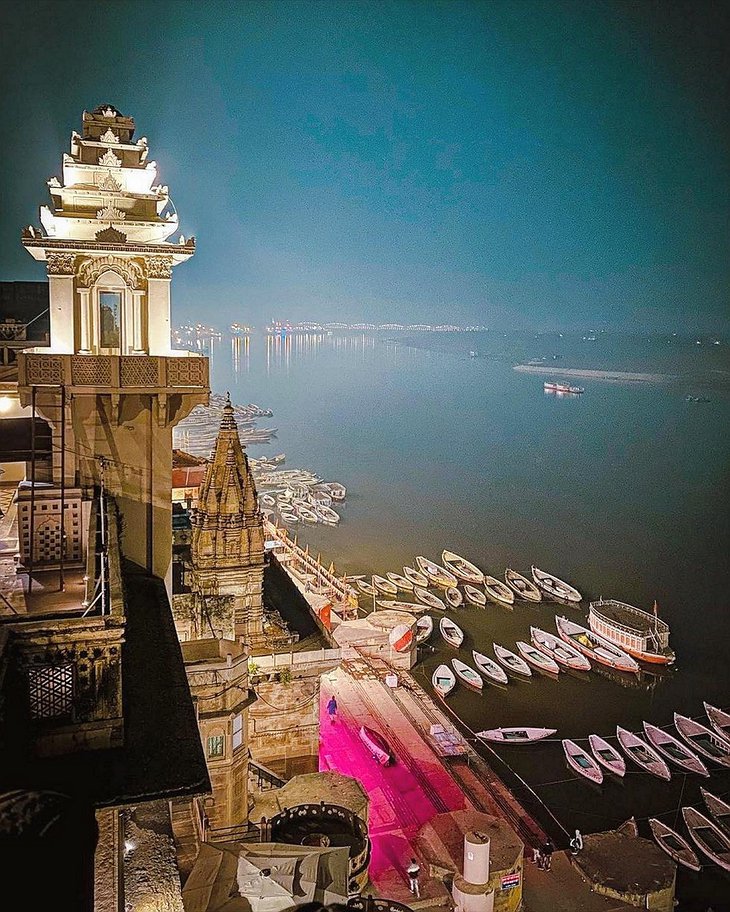 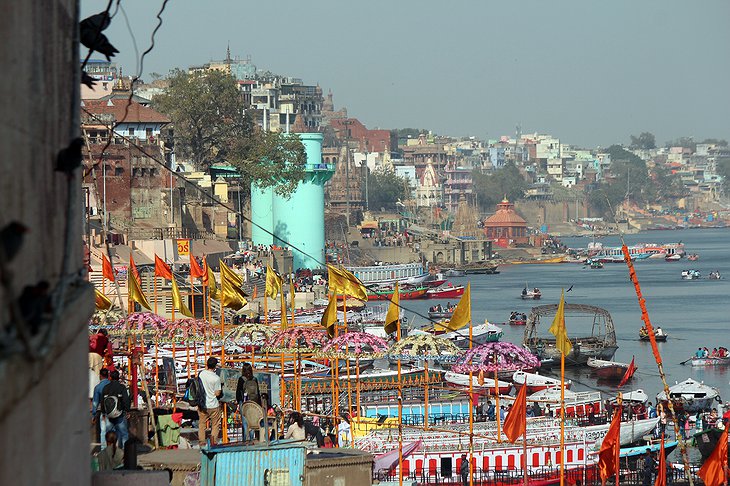 When you take a boat journey across the Ganges first thing in the morning, a spiritual day begins with the hypnotic sounds of trickling water, chanting monks, and temple bells. 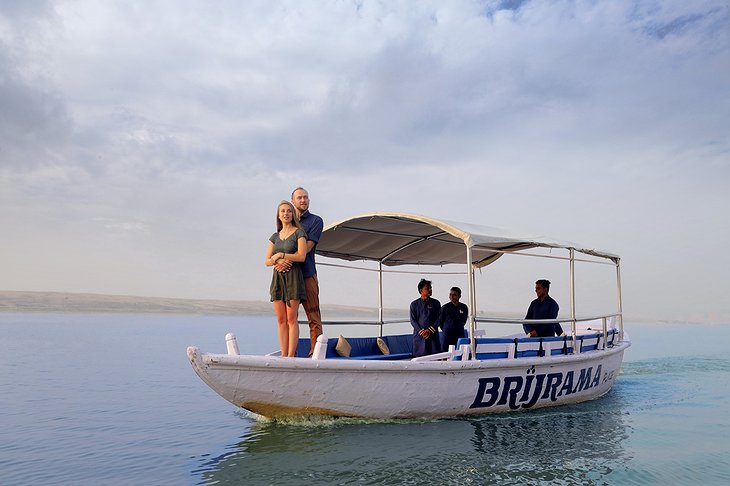 The excursion begins with a spectacular view of the sunrise over the ghats. As you soak in the morning sun's glory, the cleansing power of water lifts your spirit. 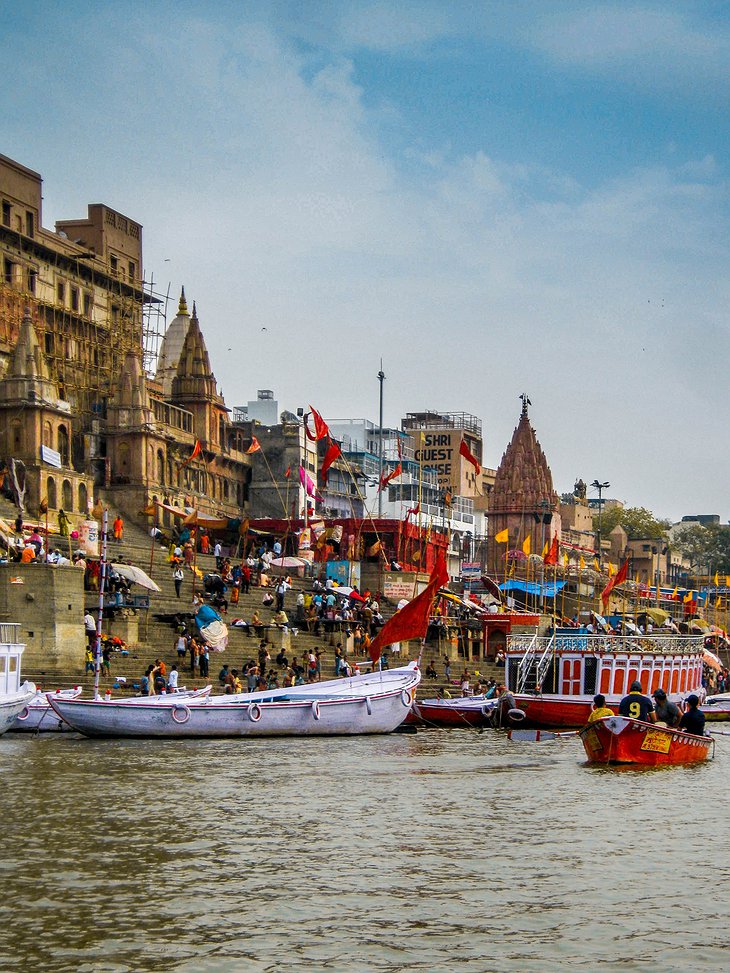 Ganga aarti of Varanasi is the famous ritual prayer held daily at the Ganga river. 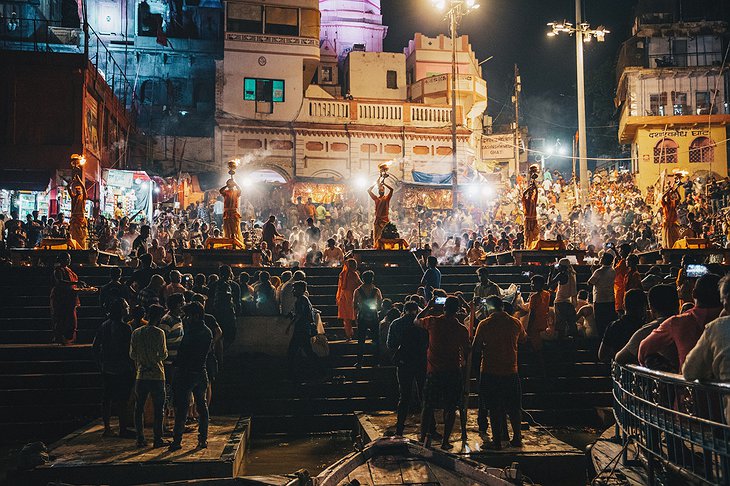 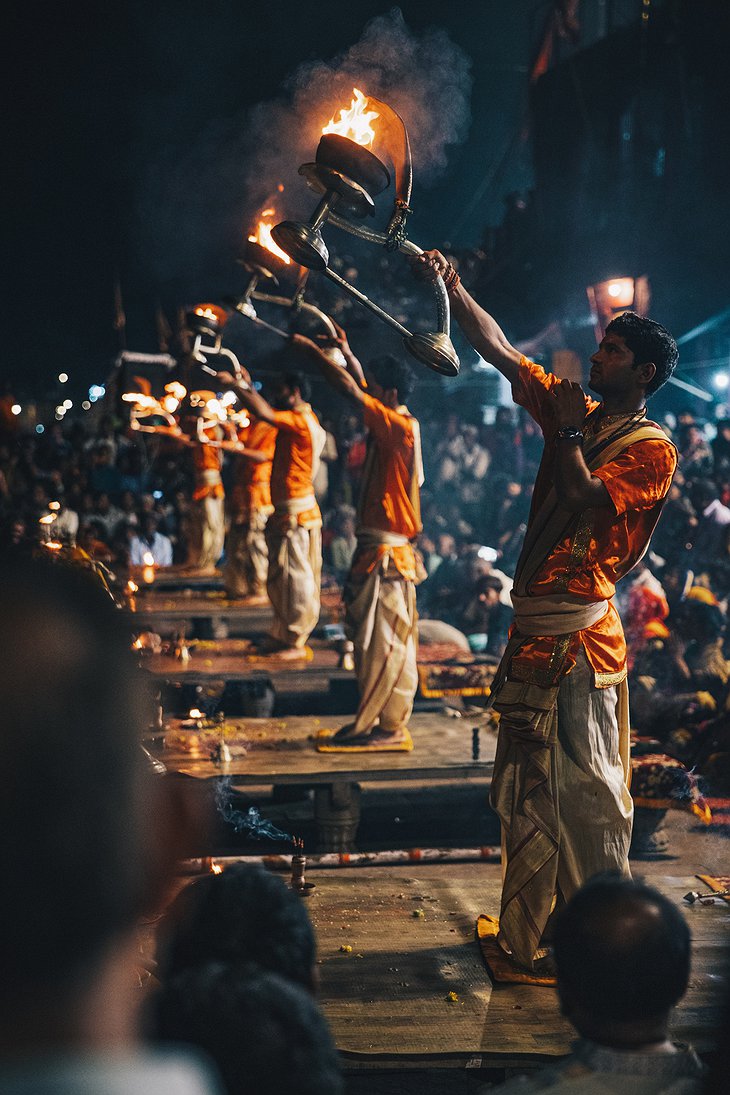