In the Roaring Twenties, Casa del Mar was the hotspot for Hollywood stars. The former beach club, originally opened in 1926, has then developed into one of the most luxurious beach hotels in Santa Monica. It's called "the house of the sea", but the five-story building looks more like a billionaire's mansion.

The hotel's interior got a welcoming refresh in the past decade by the renowned designer Michael S. Smith, who also worked on the White House. The hotel's lobby is an excellent example of his masterful skillset with its lively Mediterranean style, mixed with art deco features.

Although the hotel was upgraded with the modern world's amenities, the landmark building remained true to its old-world elegance. 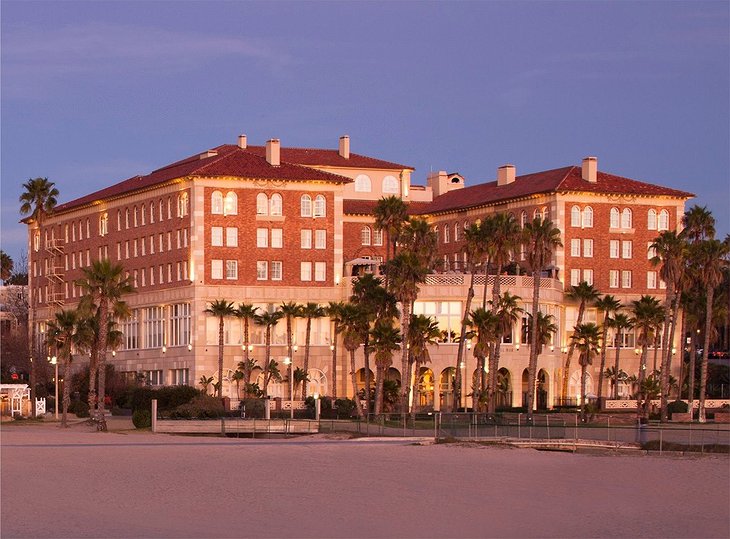 The hotel has 129 guest rooms, including 16 suites, and their sister property, Shutters on the Beach, is right next by. 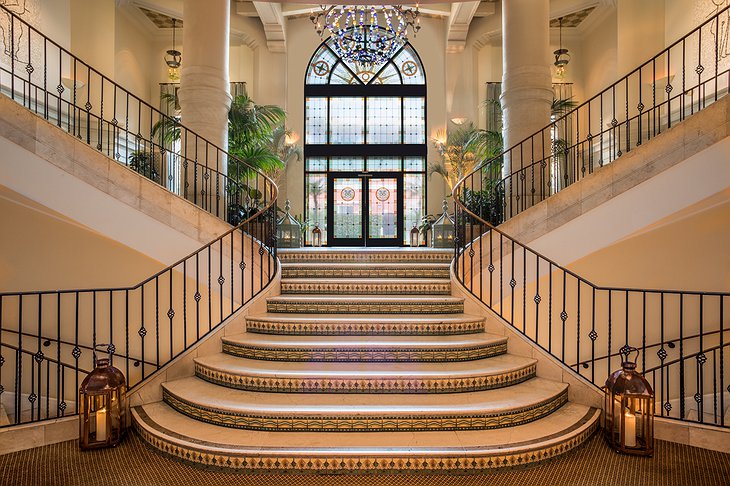 This beachside oasis is so popular that it was featured in many Hollywood productions and is a major attraction for visitors to the SoCal coast. 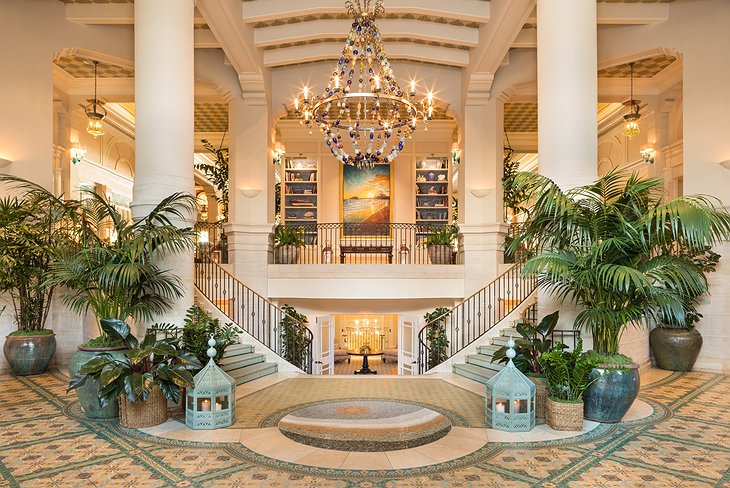 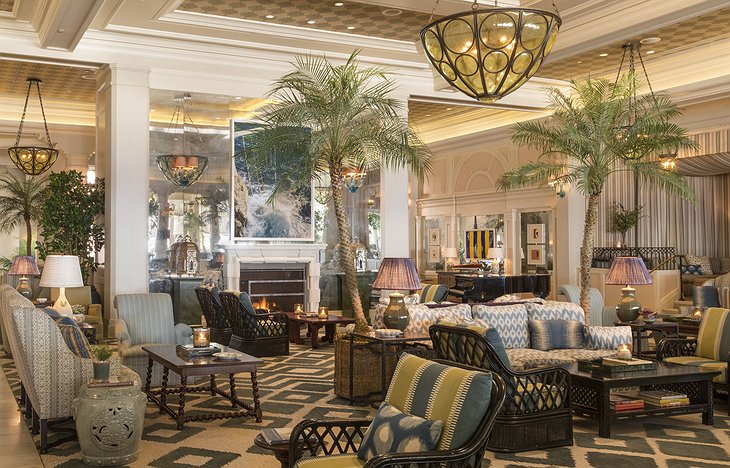 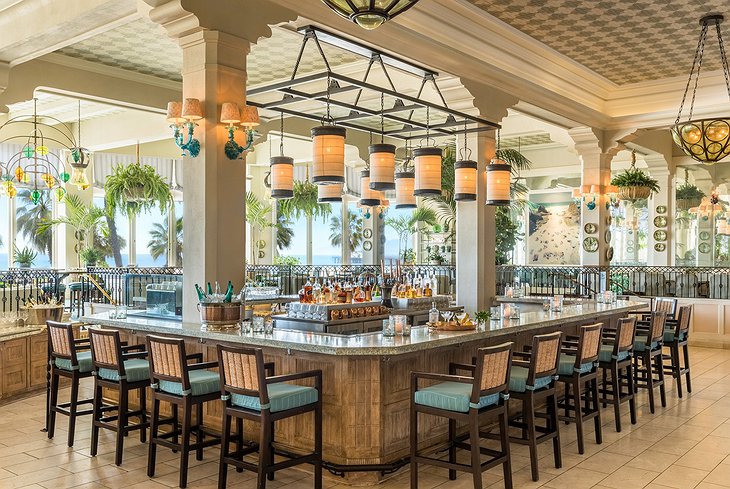 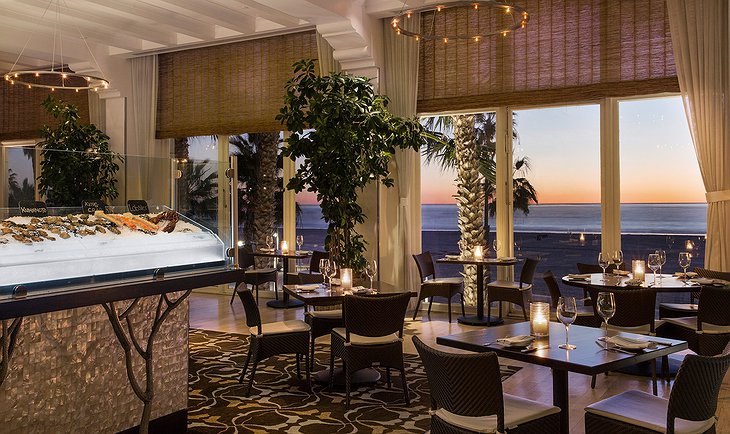 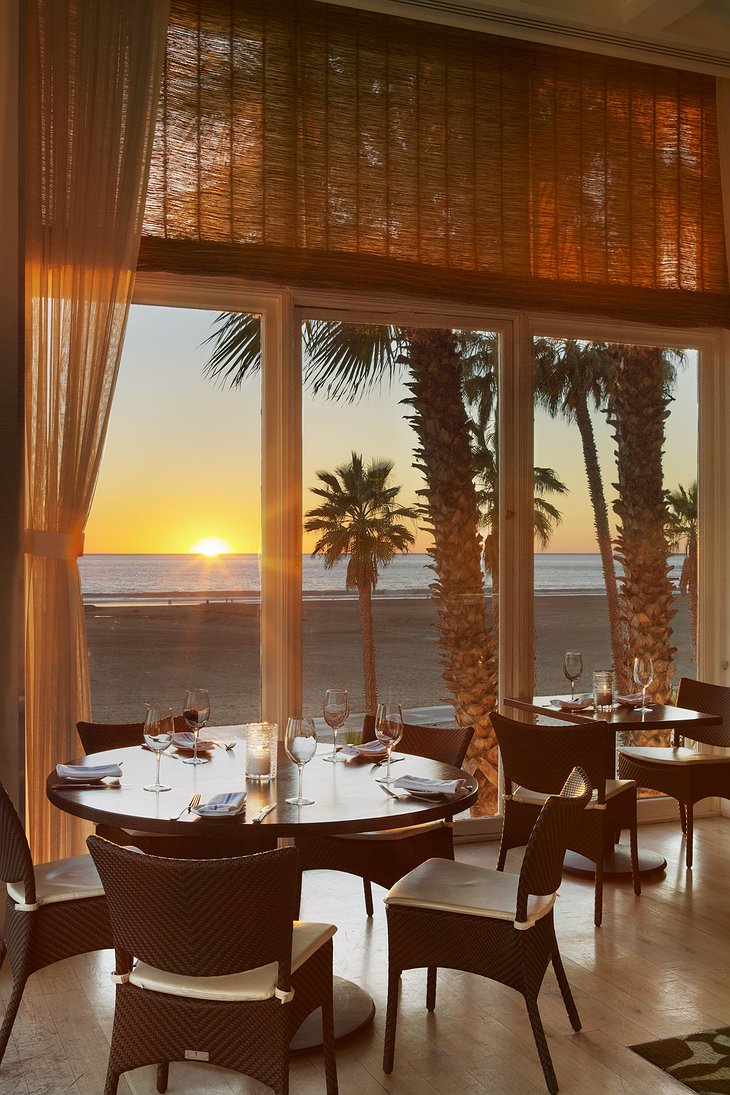 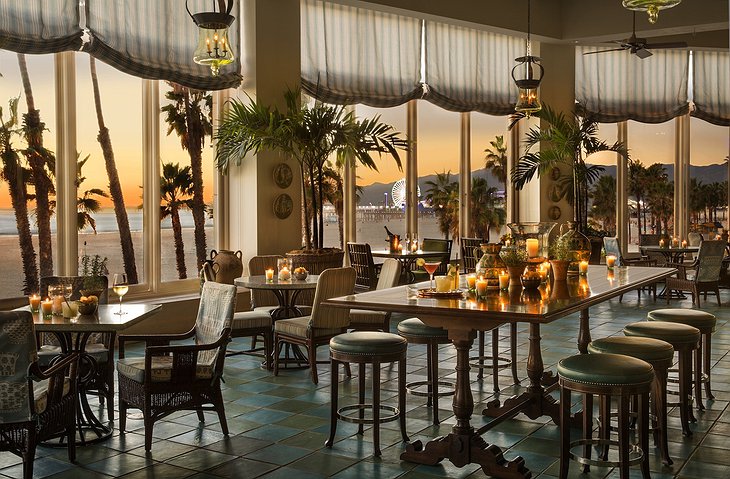 Enjoy Italian specialties in the Terrazza Beachside Patio with an excellent view over the beach. 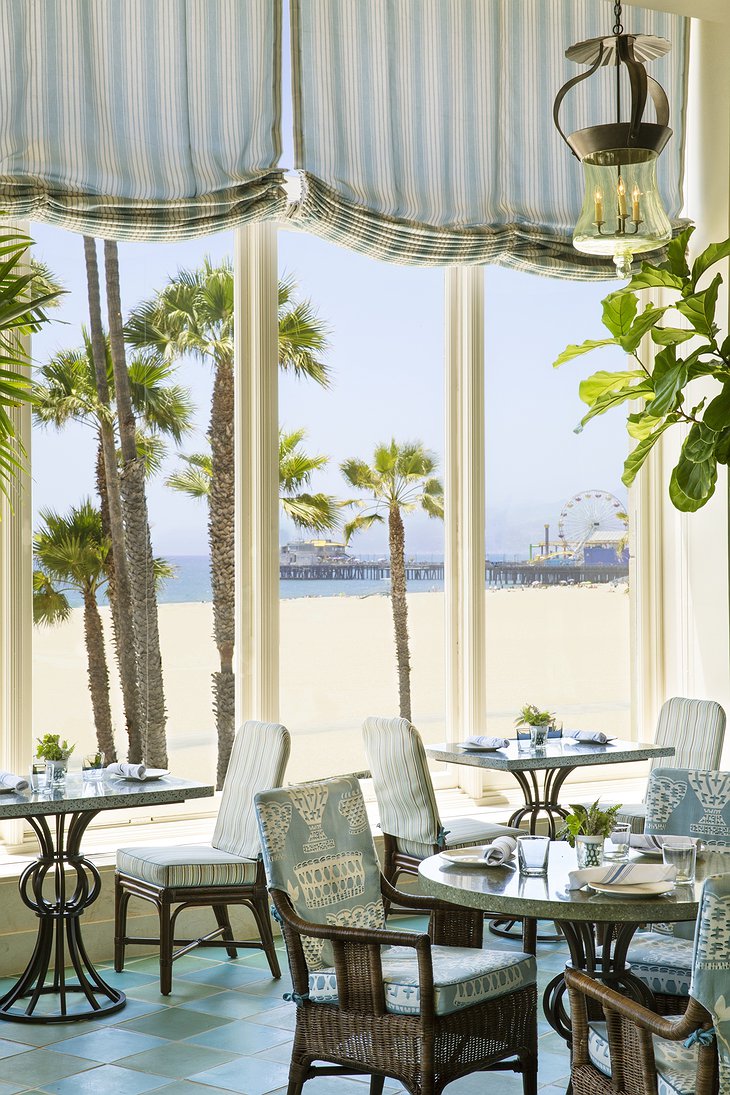 Want to relax with a drink? You are going to have a great time in the Lobby Cabanas. 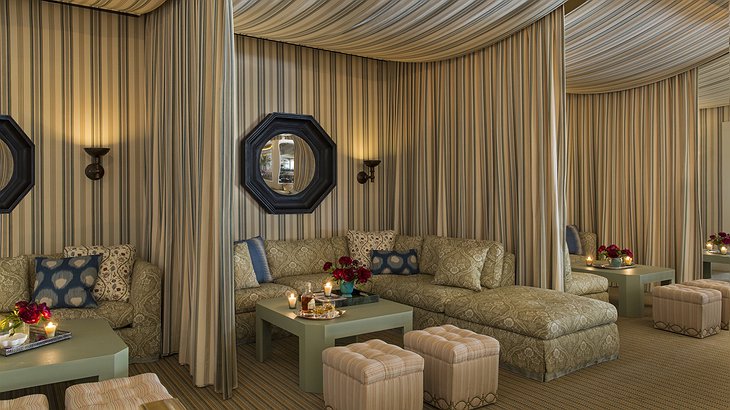 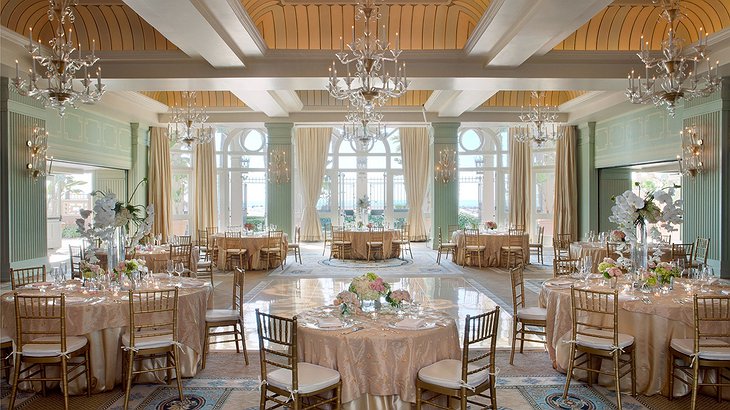 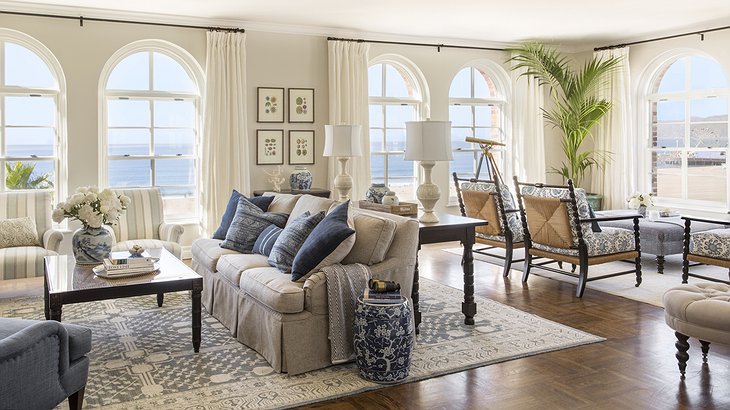 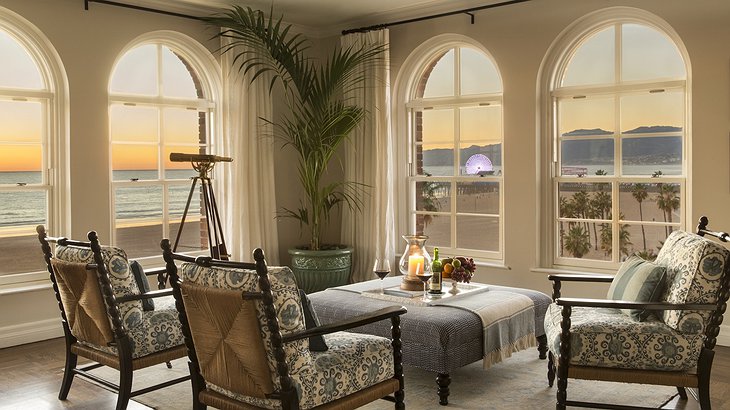 The room's arched windows steal the show from the otherwise perfectly designed Mediterranean interior of bright colors. They let in so much light you can swim in it, and in the evening, you can watch the spectacular SoCal sunsets. 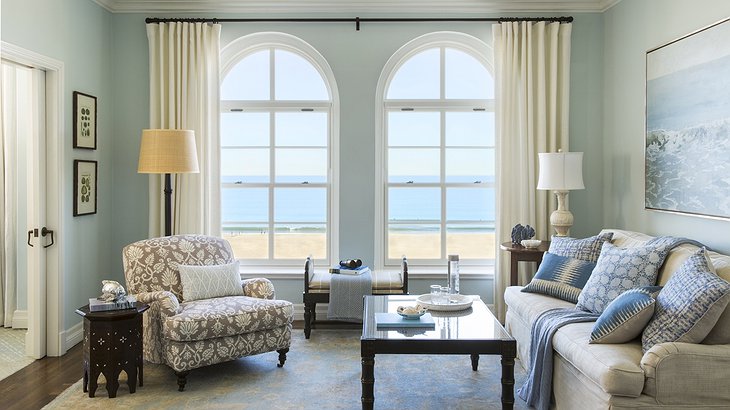 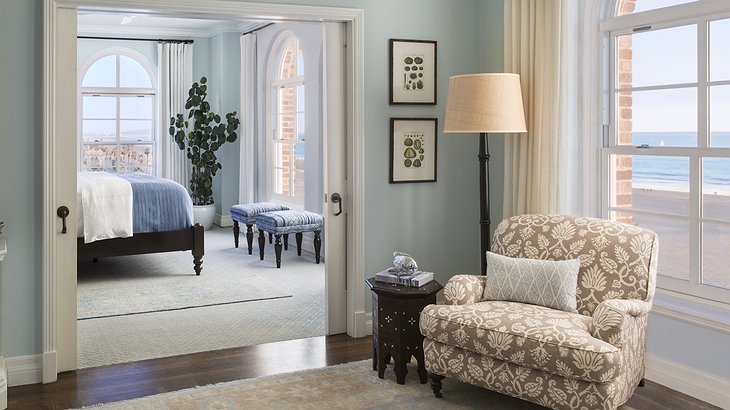 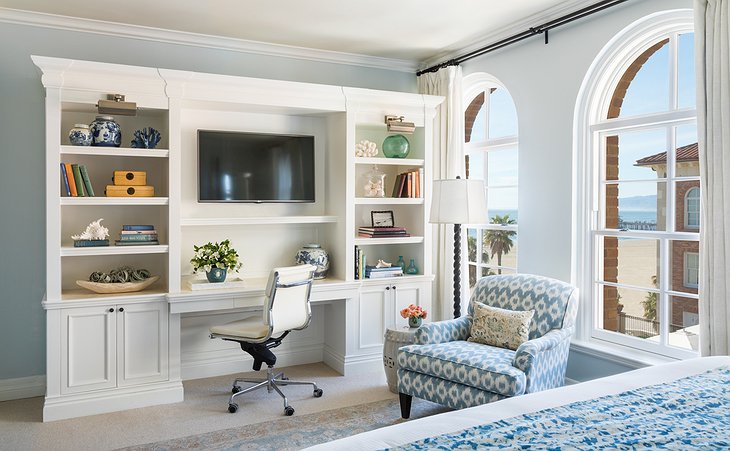 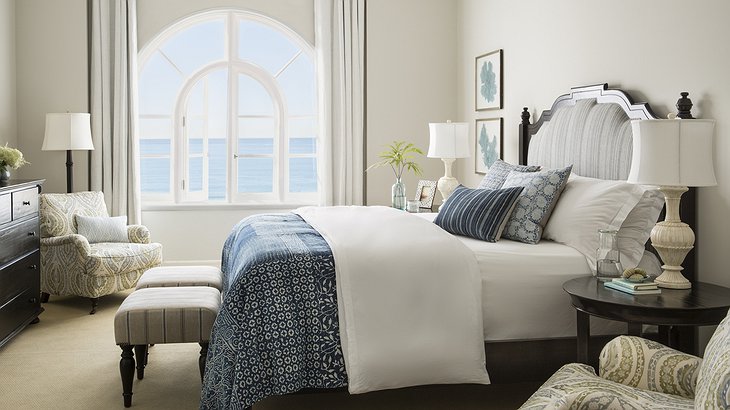 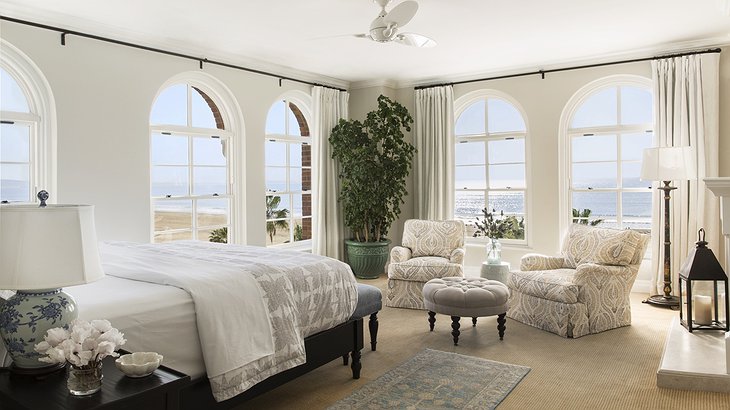 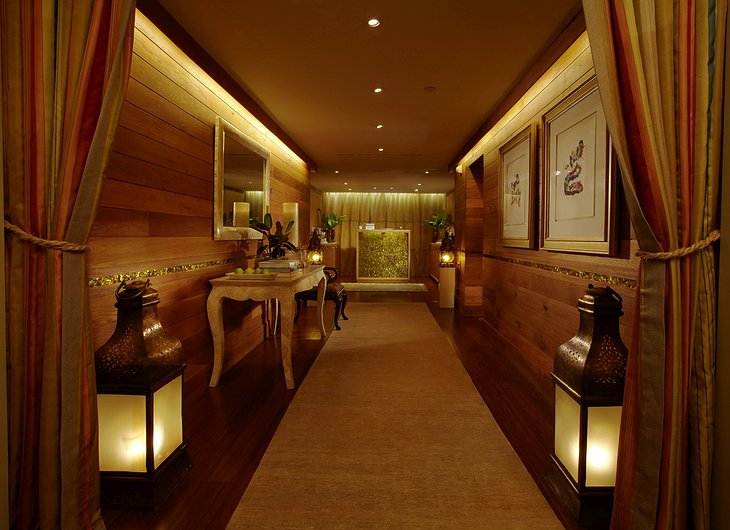 The hotel offers you the necessary facilities to fully recharge. You can immerse yourself in the view on a comfortable lounger by the pool. Yoga classes and a personal trainer are also available. Or you can spoil yourself with a luxurious treatment in the Sea Wellness Spa. 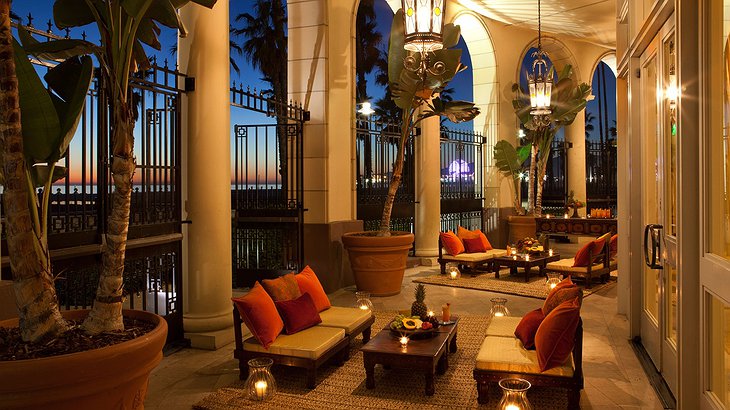 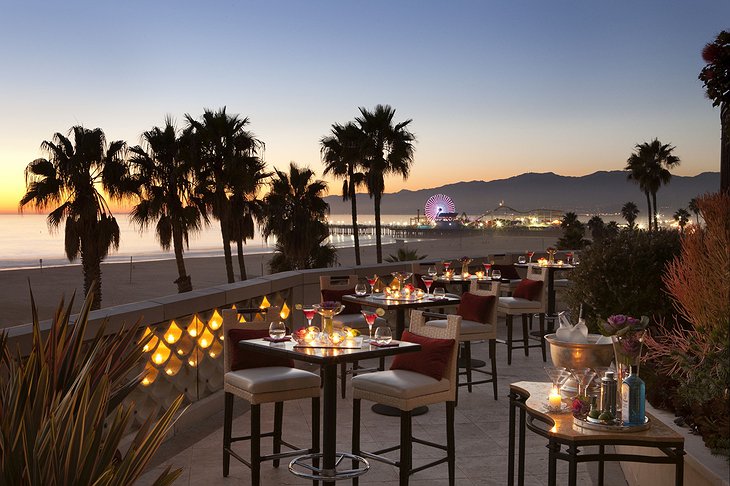 Casa del Mar is one of the only two hotels to have direct beach access, with nothing but sand separating you from a swim in the ocean. 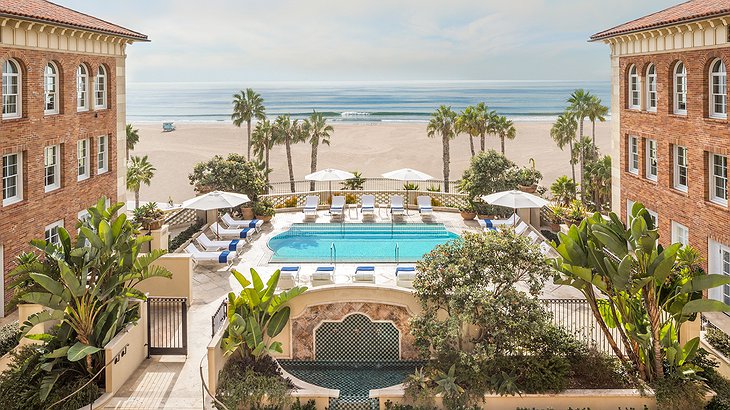 The Casa del Mar hotel is located on Santa Monica Beach, a short walk from the world-famous Santa Monica Pier. The prime location and five-star luxury make this hotel the ultimate Californian stay. 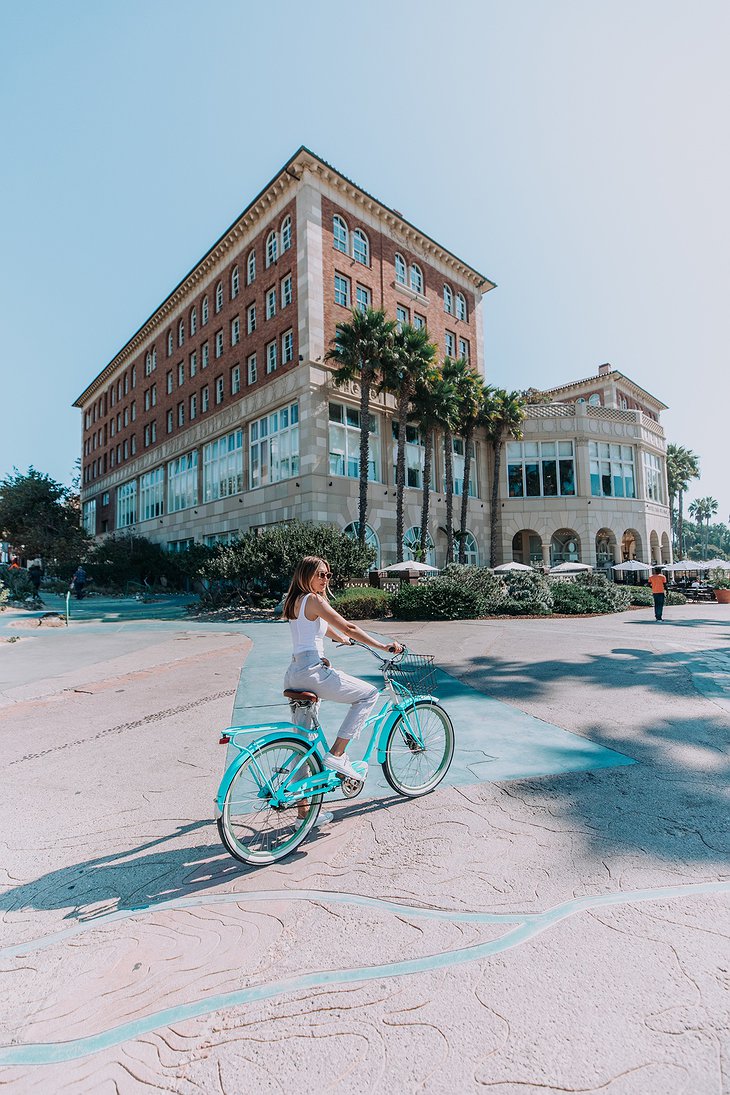