Four Seasons in New York better be something exceptional. The world-famous hotel group operates over 100 hotels and resorts worldwide, around half of them on the North American continent. New York, one of the wealthiest cities in the world, has attracted billionaires like no other.

The Billionaires' Row's appearance has re-shaped the skyline, a set of ultra-skinny residential skyscrapers at Central Park's edge. One of the most sought-after land in the whole world. 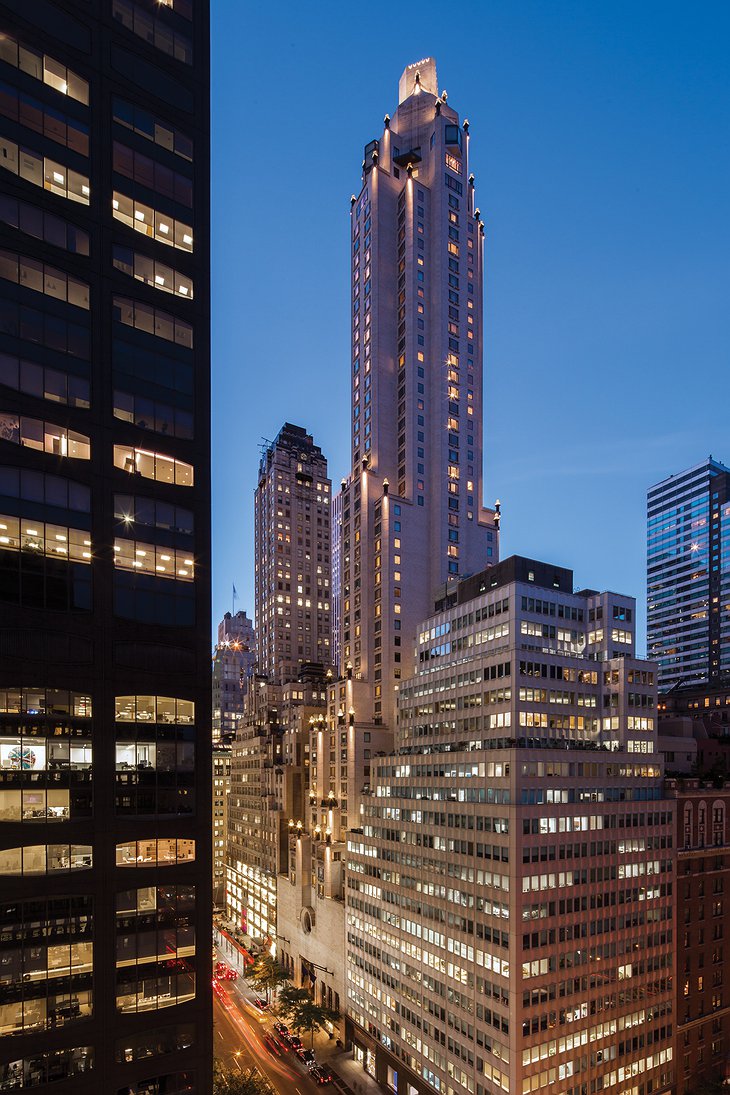 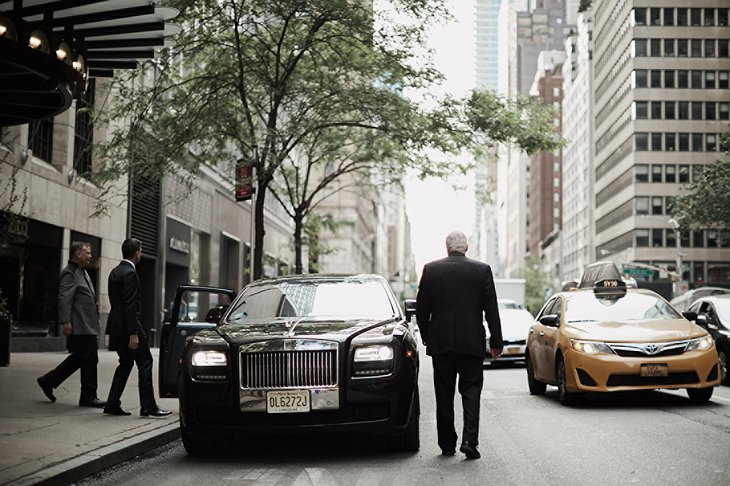 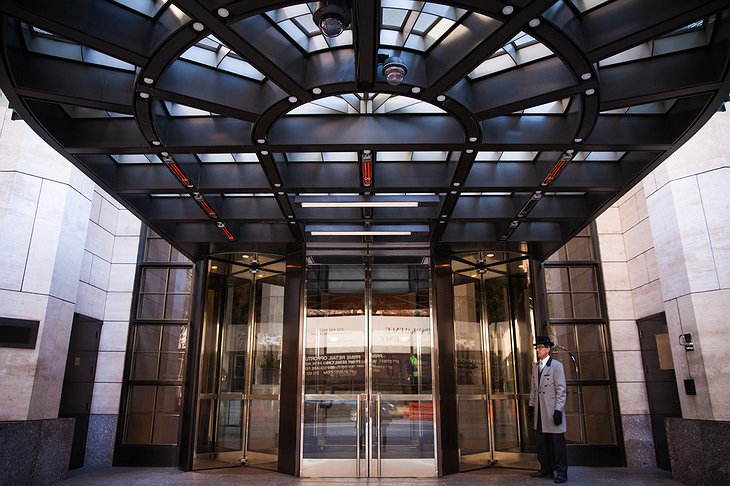 Your 5-star living experience begins after entering the Art Deco lobby with an onyx ceiling. 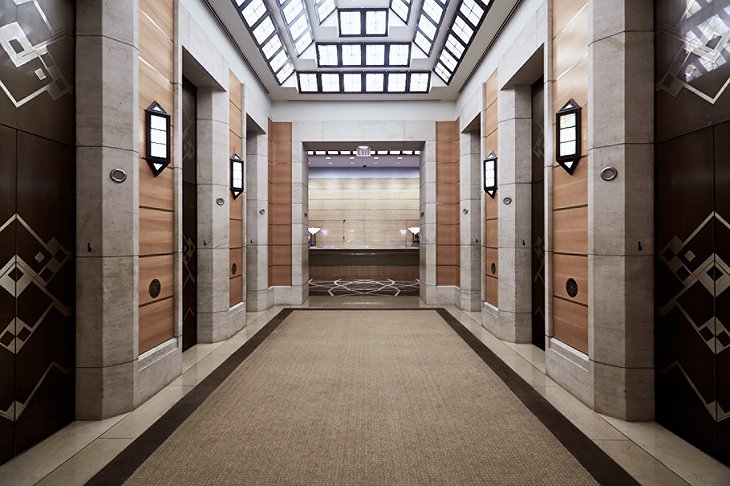 Enthusiasts of fine whiskey will be delighted to know that the Ty Bar serves Hudson Baby Bourbon along with other excellent liquor and seasonal and signature cocktails. 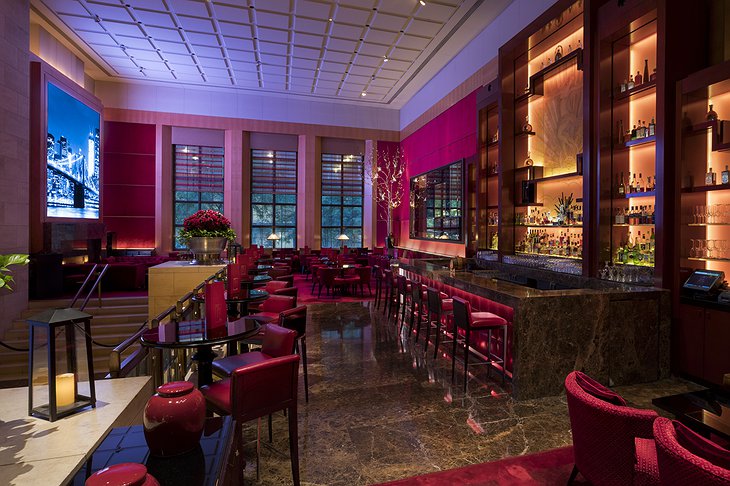 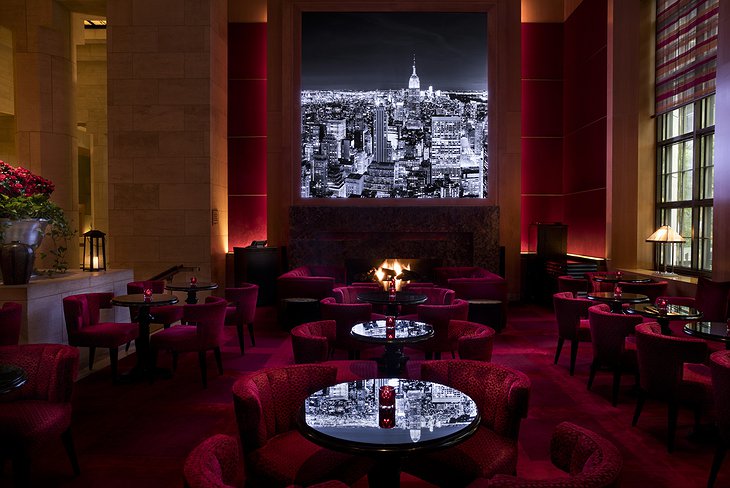 Guests can dine at The Garden restaurant among (real) African acacia trees. 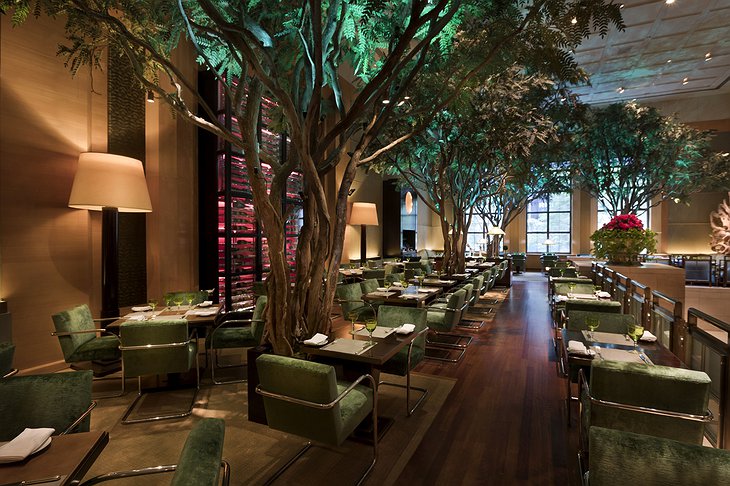 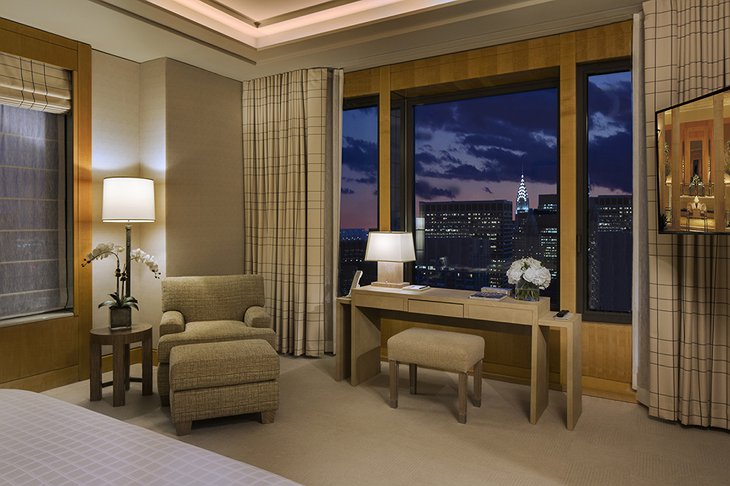 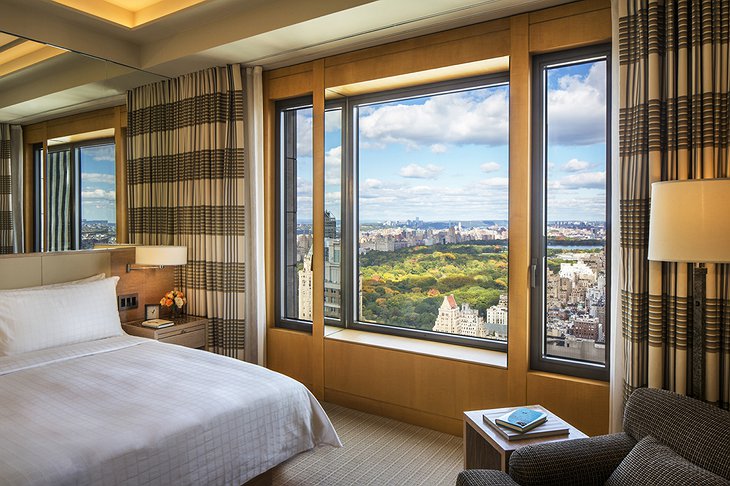 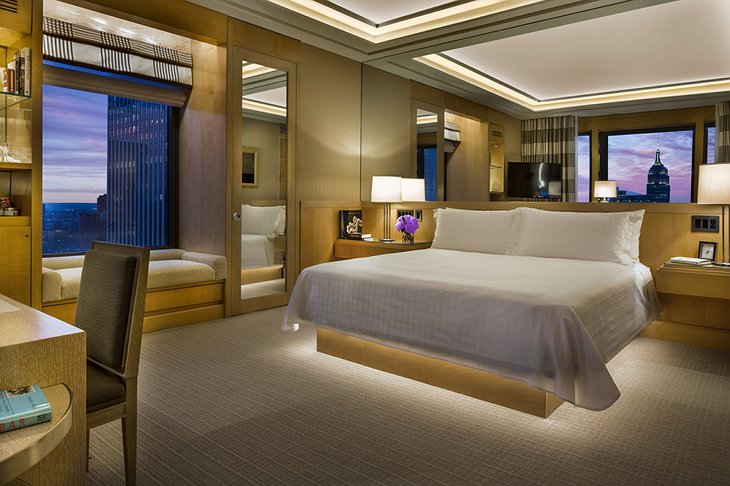 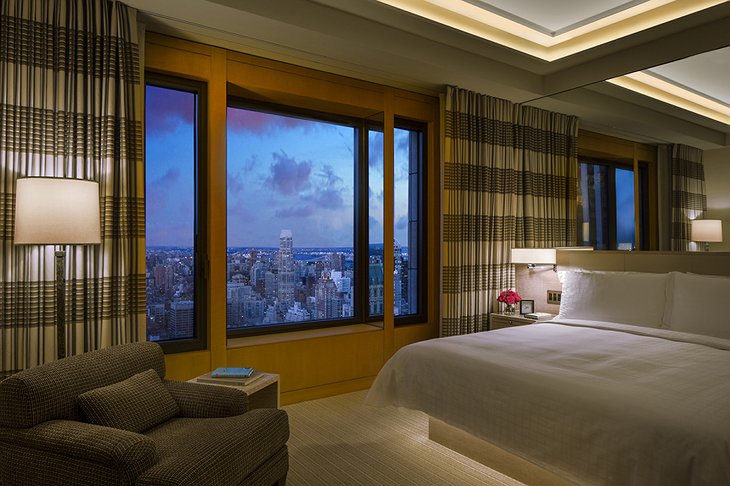 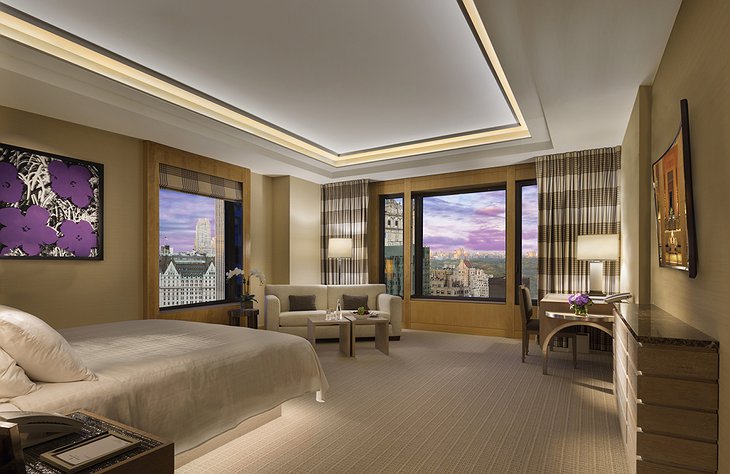 Fortunately, most of the 400 studios and suites have a less eye-watering price tag than the Penthouse Suite, and all have Manhattan skyline or Central Park views. 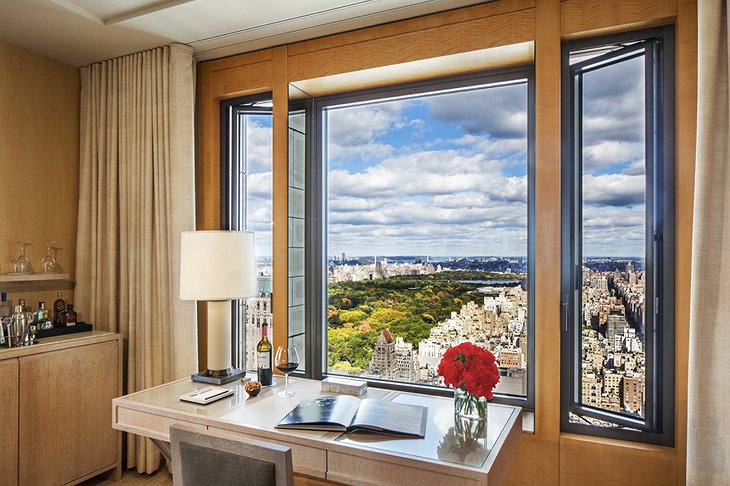 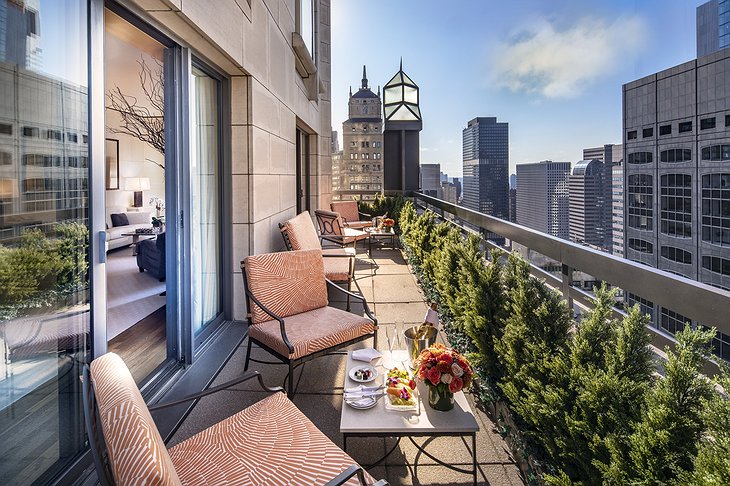 Somewhere in the middle of the affordability scale, you'll find the Penthouse Suite with a Steinway Grand Piano and a Marble gas fireplace in the living room. 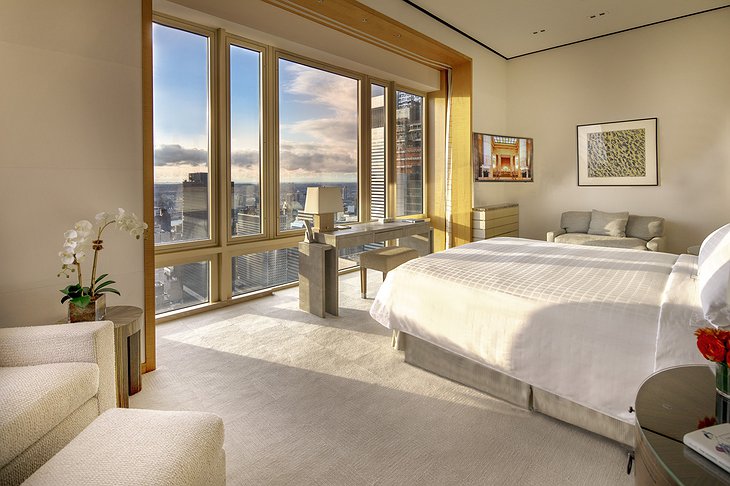 The 12-foot (4-meters) floor-to-ceiling windows grant scenic views, but for the best panorama, step outside to the 250 square feet (23 square meters) balcony and spend an unforgettable evening breathing in the city. 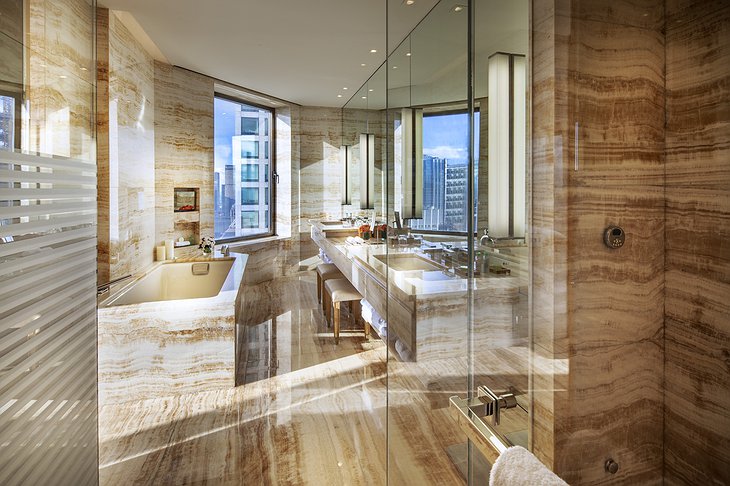 It's difficult to imagine you would have a hard time falling asleep in beds like these, but just in case, the on-site L. Raphael Spa offers a sleep enhancer massage. The Dream Catcher head, neck, and scalp massage claim to lull your body into a dream-like state. And this is just one of the ten treatment rooms of the spa. 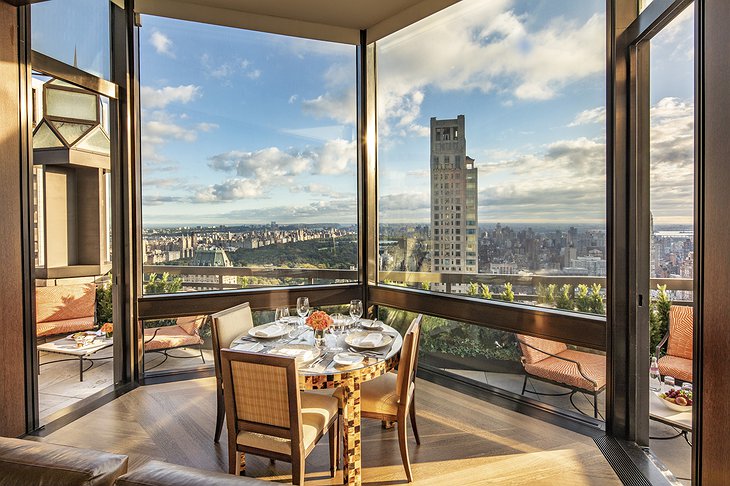 Unsurprisingly, you can stay the night in one of the world's most expensive suites, the Ty Warner Penthouse, billed at $60,000 per night. 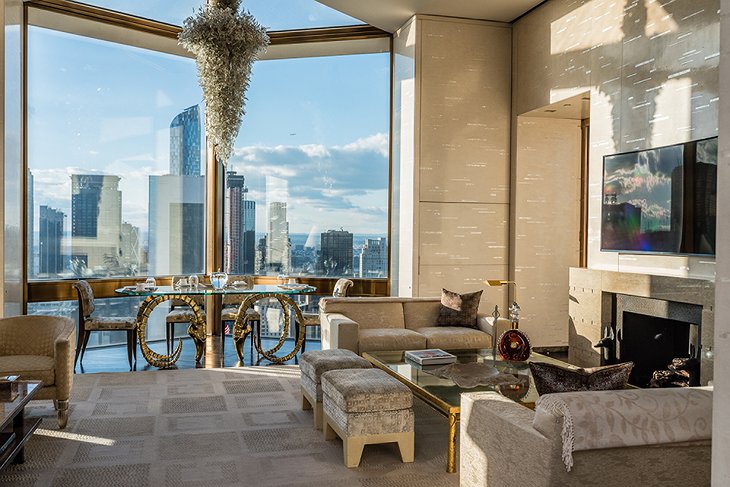 Spacious is an understatement; this suite on the 52nd floor is the size of a house, stretching across 4,300 sq. ft (400 m2) of the most brilliantly shaped interior. 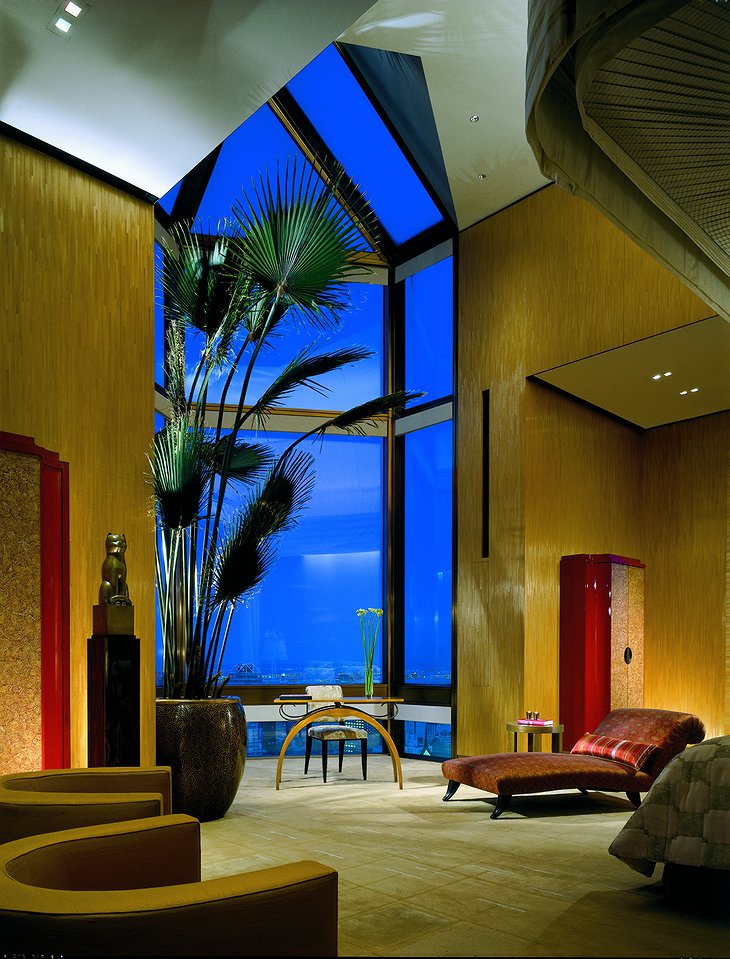 The four cantilevered glass balconies are the highest in the world, and the infinity bathtub coated with Chinese onyx overlooks the city. 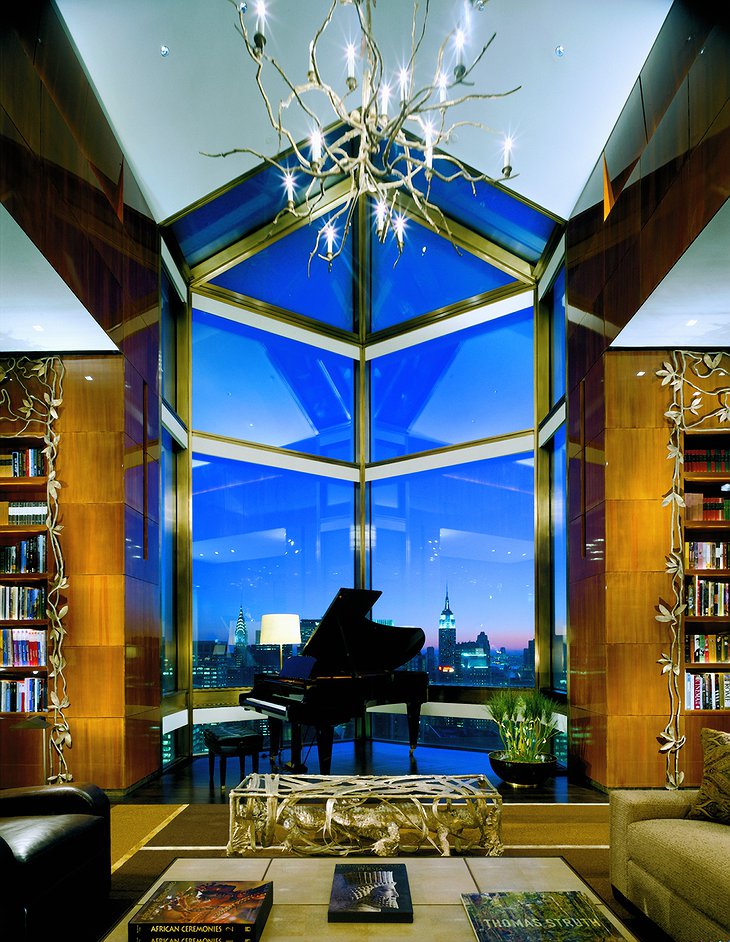 It took seven years and fifty million dollars to create the most luxurious suite in New York. 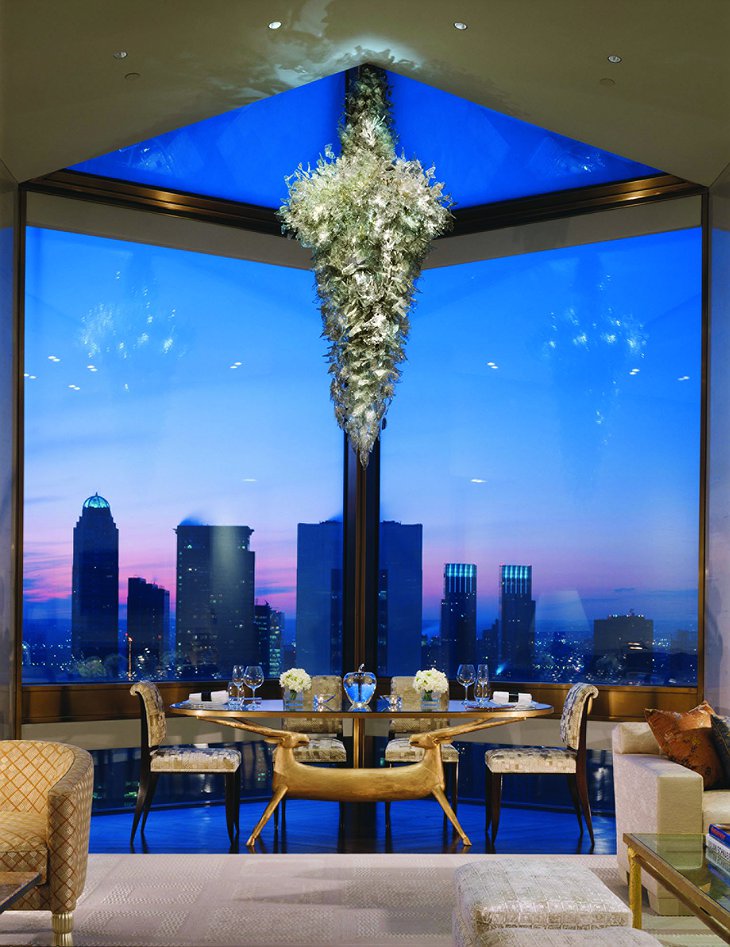 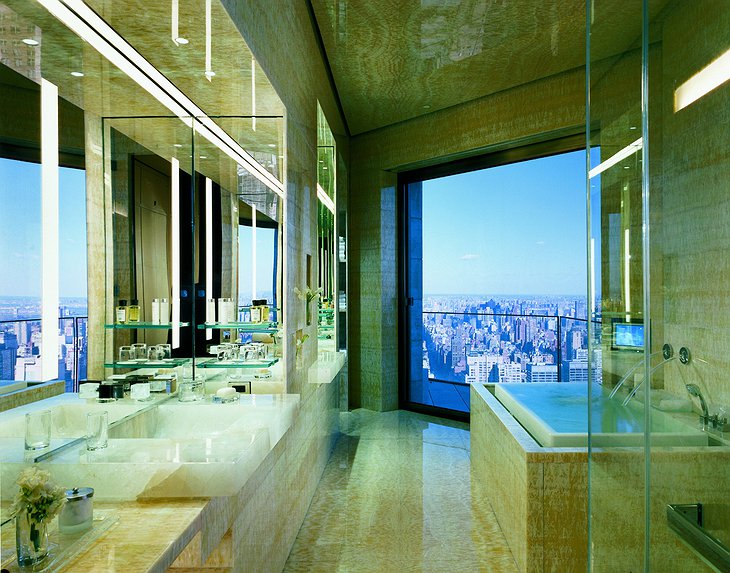 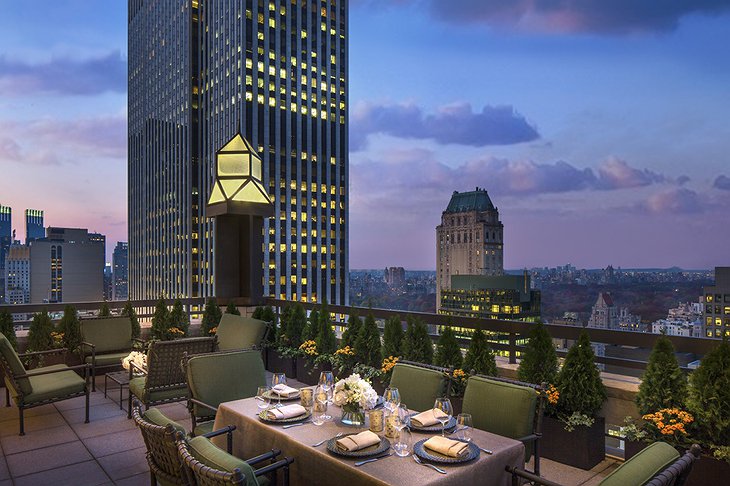 The hotel's executive chef serves a five-course menu in a breathtaking environment for special occasions. 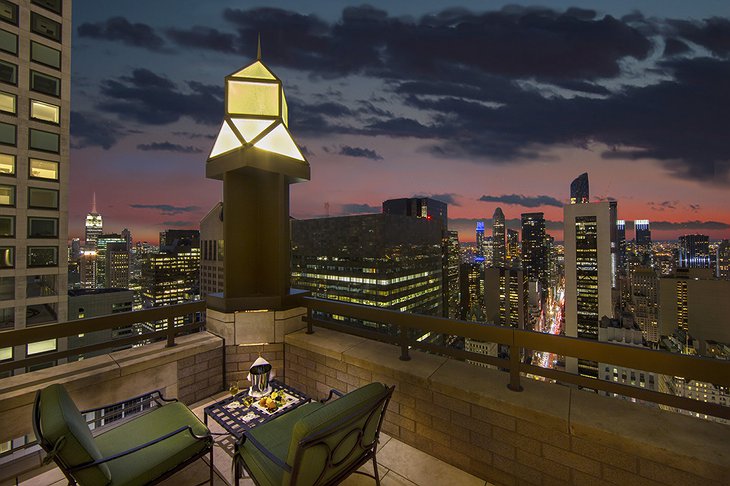 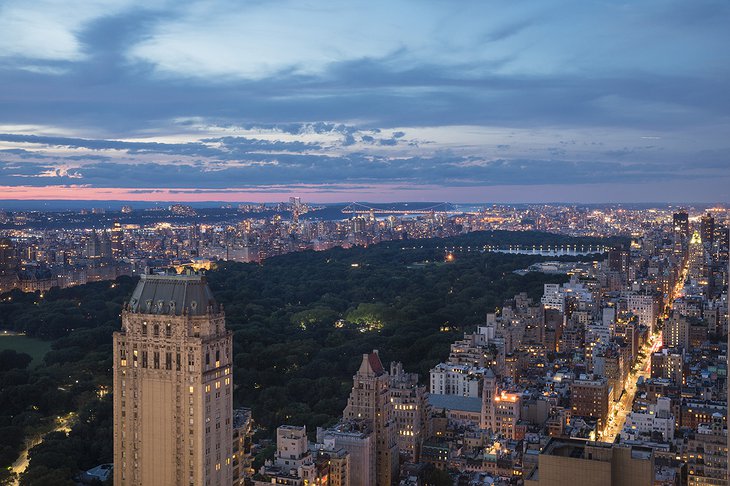