The city of Warsaw quite literally rose from its ashes after the Second World War, and so did the Branicki Residential House, also known as Smolna40. It was bombed and robbed, and it was completely rebuilt after the war. This picturesque eclectic building is where the iconic Hotel Indigo Warsaw is residing. The highlight of the 60 stylish design rooms and suites are the wooden floors and colorful velvet furniture. Who could say no to this? As expected from a four-star boutique hotel, it has a wellness center with a gym, sauna, and a steam room.

Head down to the Lobby Bar to see the traditional art of bartending in action and try one of their bourbons. Once you get hungry, their in-house FLO Restaurant serves casual fancy food in a friendly atmosphere.

Right next to Hotel Indigo Warsaw starts the famous Nowy Świat boulevard, translated as "New World". This is where the Royal Route starts that ends in the old town that has also been rebuilt from scratch after the war. Turn the other way, and you will find yourself in the most vibrant part of Warsaw, Śródmieście Południowe. If you are looking for the new wave of Polish gastronomy, this is where you can try it. A short walk will take you to the Vistula river banks that have recently been revitalized and became the core of the nightlife. 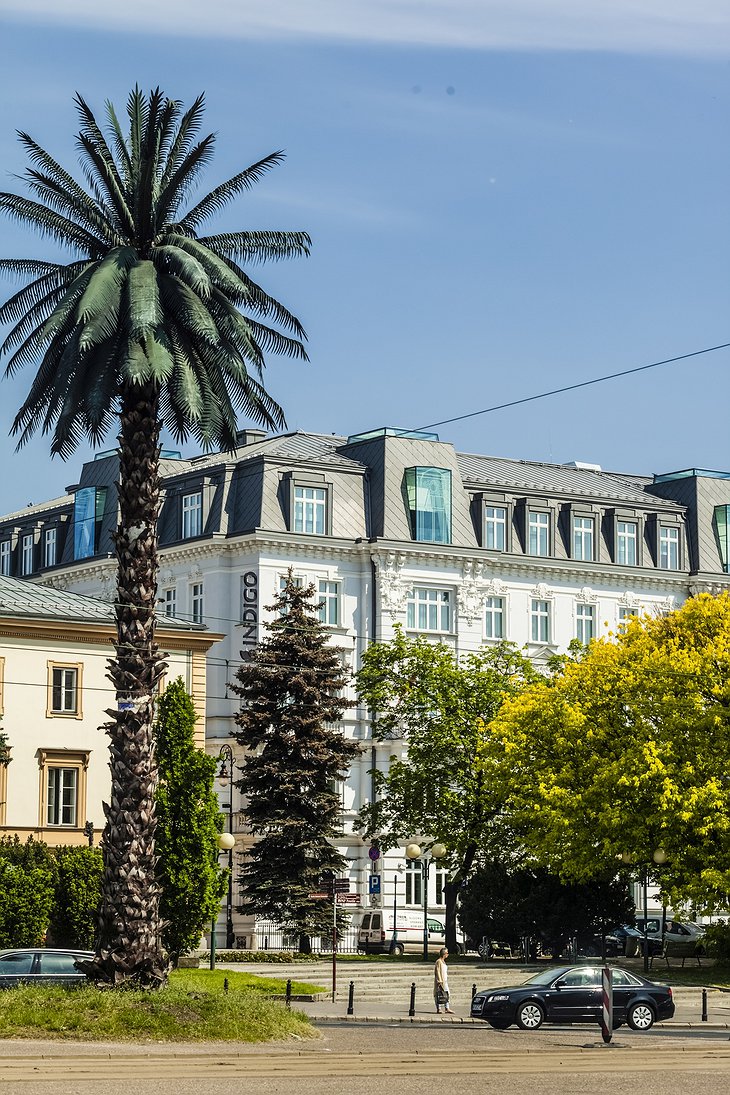 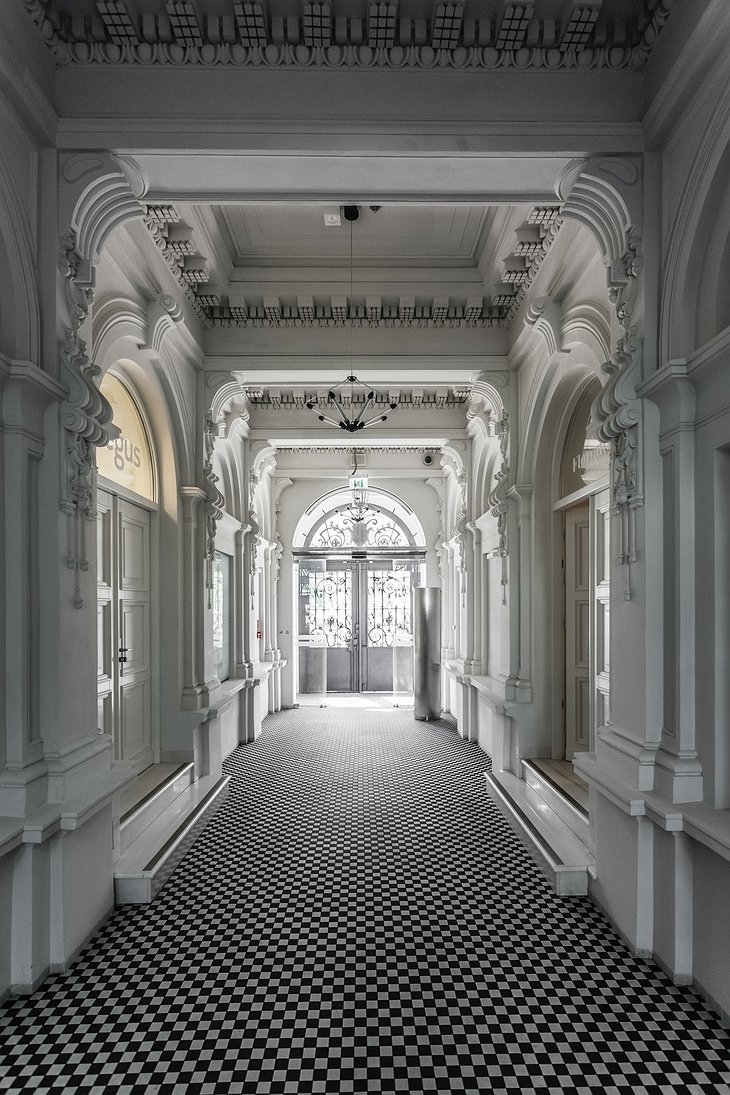 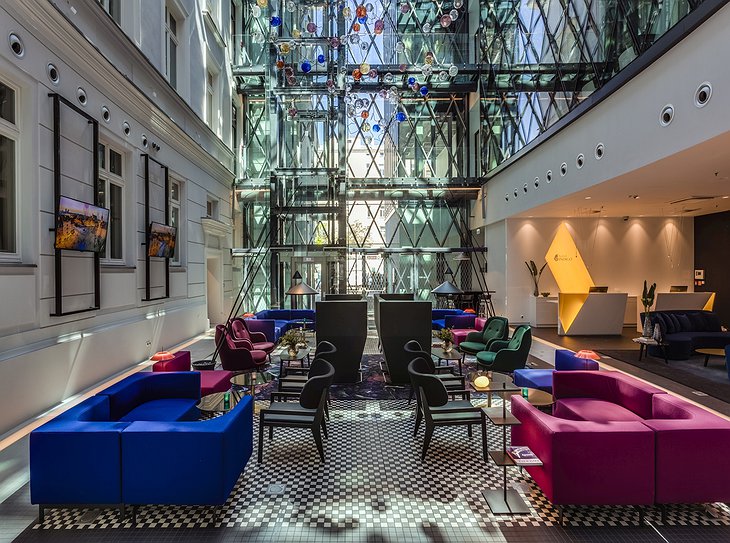 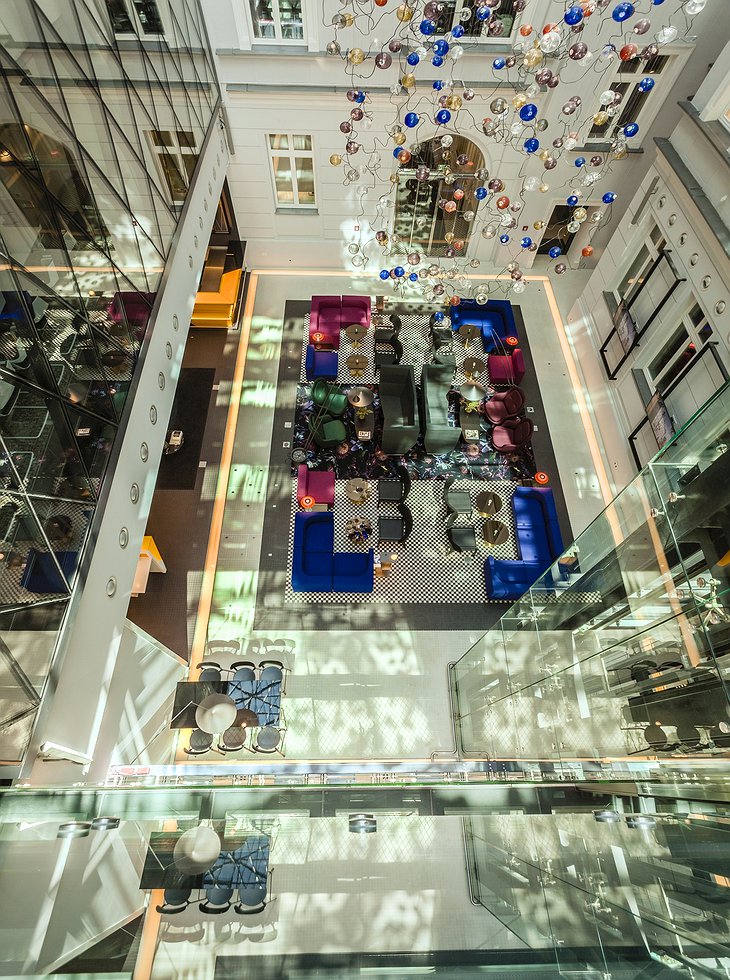 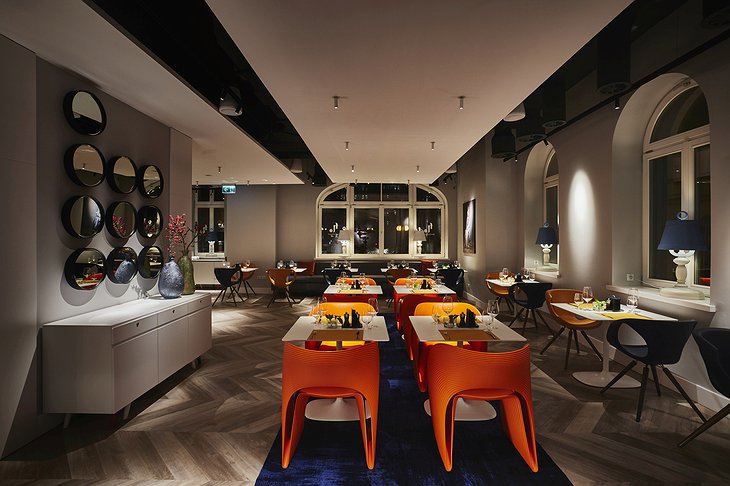 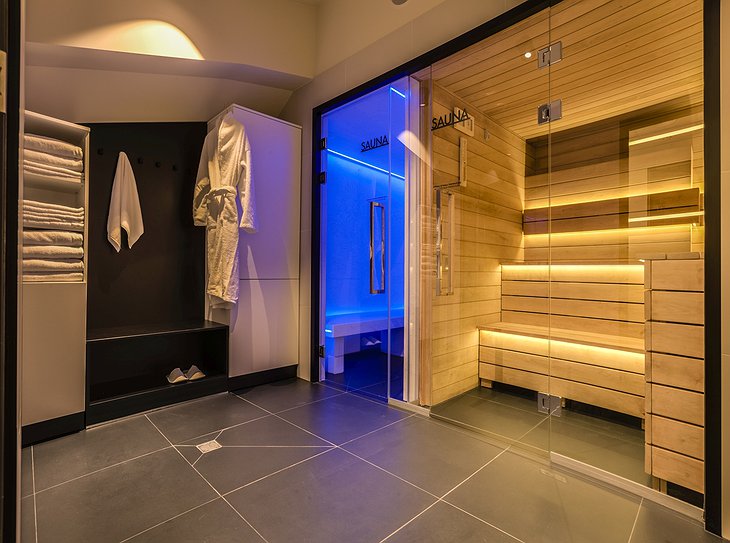 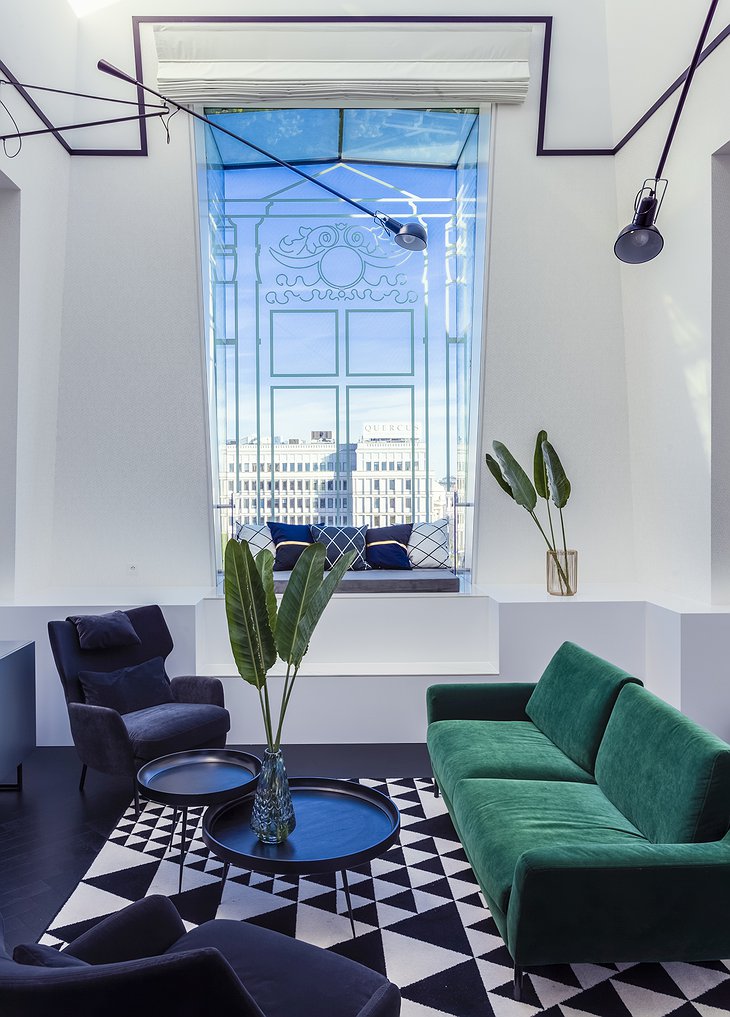 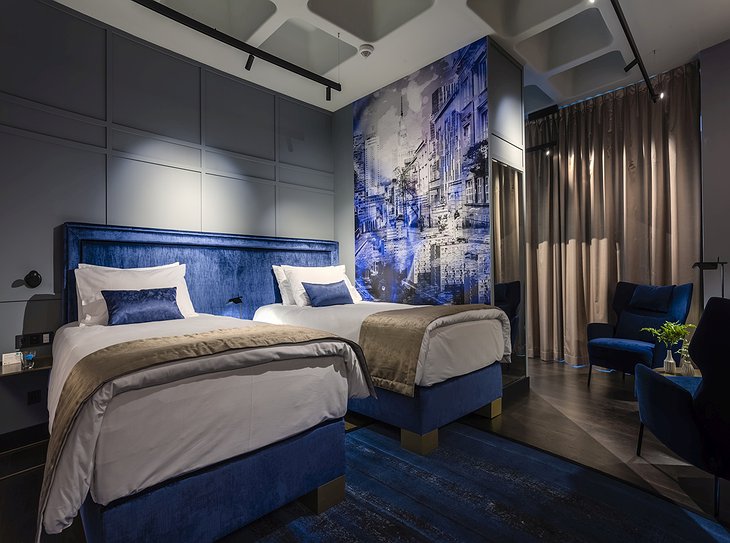 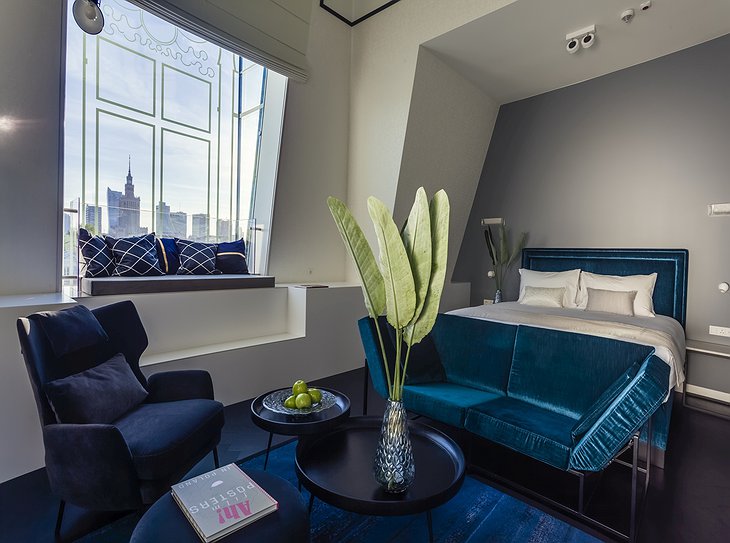 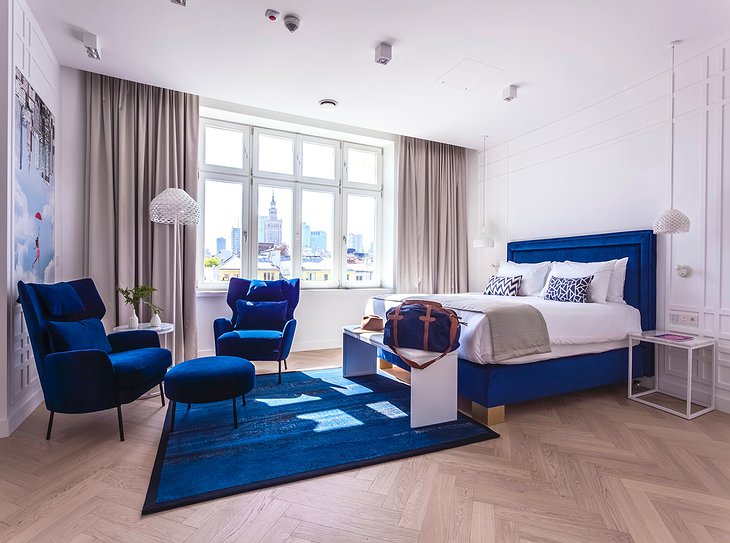 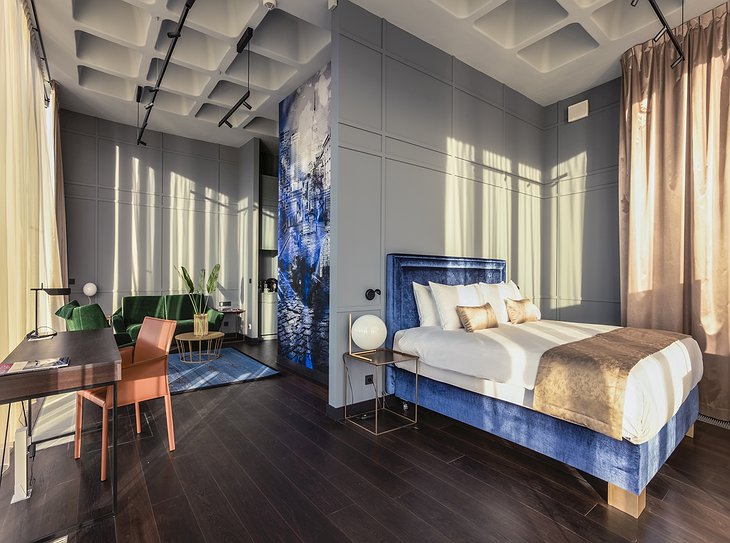 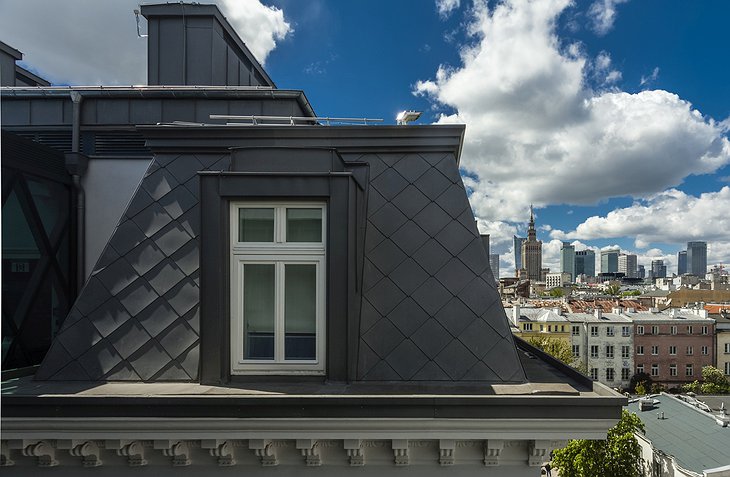