Richard Branson’s private island is named after Dutch explorer Johannes de Necker who “discovered” it in the 17th Century. It remained uninhabited until the late 20th Century. In 1965 two British journalists tried to survive as castaways on the island. They lasted three weeks before they were driven off the island by venomous insects.

Richard Branson has created a resort that also functions as his private residence. In 2011 a fire destroyed one of the larger buildings prompting Oscar-winner Kate Winslett, a guest at the time, to carry Branson’s 90-year-old grandmother to safety.

While Branson owns all the land and buildings on the island, all the beaches technically belong to the British Crown and are open to the public, although few people have the resources or time to visit.

The island has a dedicated team of staff and its own flock of flamingos. So the sky’s the limit for what can be arranged. After all, this is where the wealthiest people in the world come to stay.

Branson bought Necker Island, which was then an uninhabited island in the British Virgin Islands, in 1978. Since then, he has built a resort and lives on the 300-acre island himself. 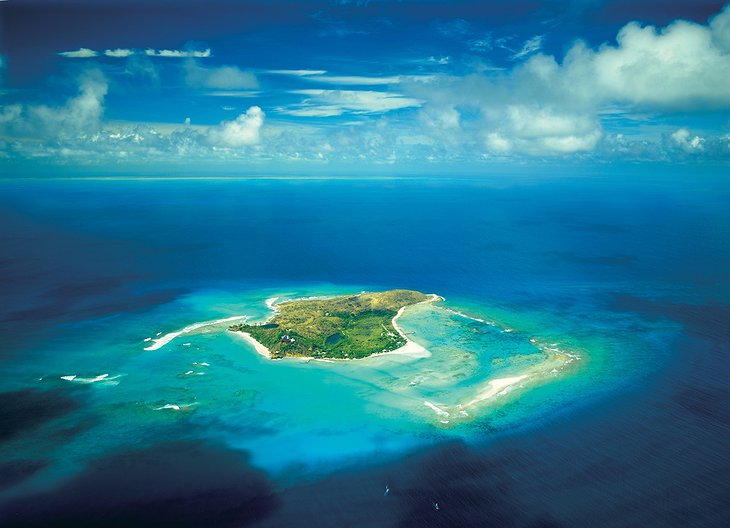 Elegant Balinese-style houses compliment the ambiance of the paradise, which has hosted many A-list celebrities over the years. 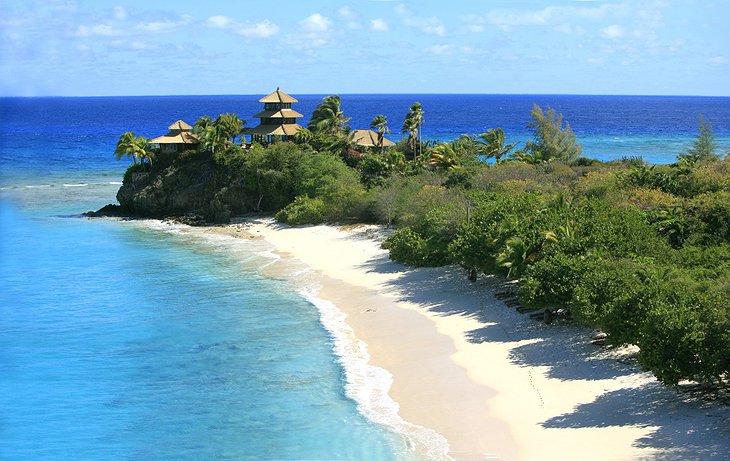 Princess Diana, Prince Harry, and Catherine, Duchess of Cambridge have been among the famous guests, as have Harrison Ford, Robert De Niro, Barack, and Michelle Obama, and Oprah Winfrey, to name a few.

To keep things cozy and private, only 30 people can stay on the island simultaneously. 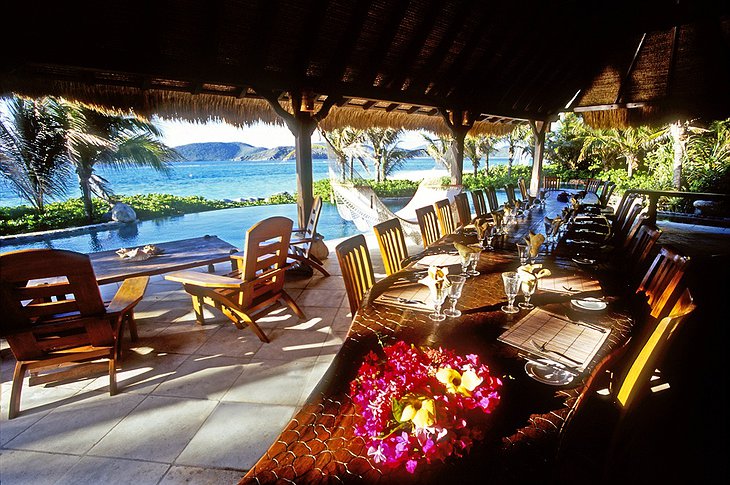 The dinner setting encircled by the pool and ocean views is a cozy place for long talks with some great minds. 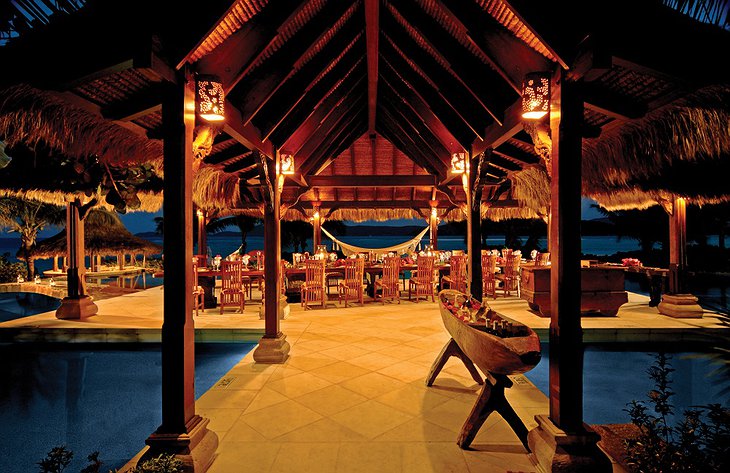 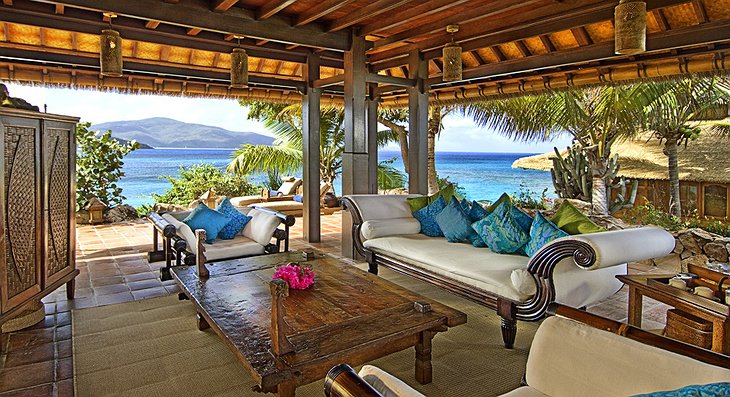 A luxury suite sits atop the building, where residents can enjoy a fantastic panoramic view of the Caribbean Sea, the Atlantic Ocean, and the nearby islands. 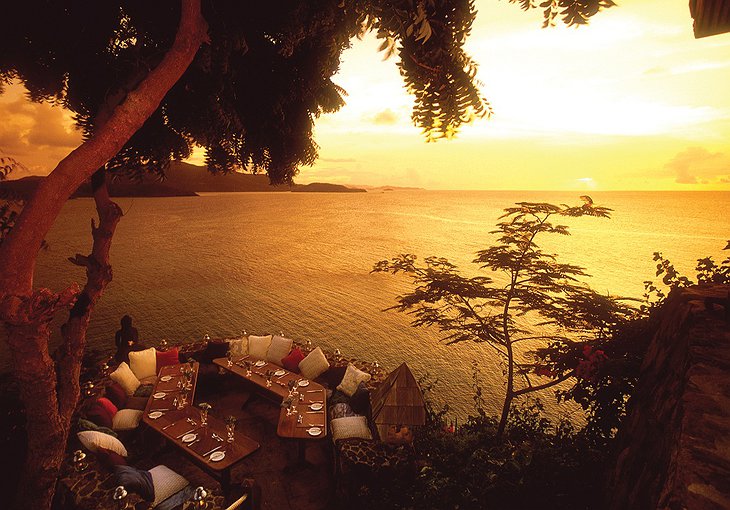 The "floating food" is a new trend in boutique hotels for all your lazy people who want to stay in the pool to eat breakfast. 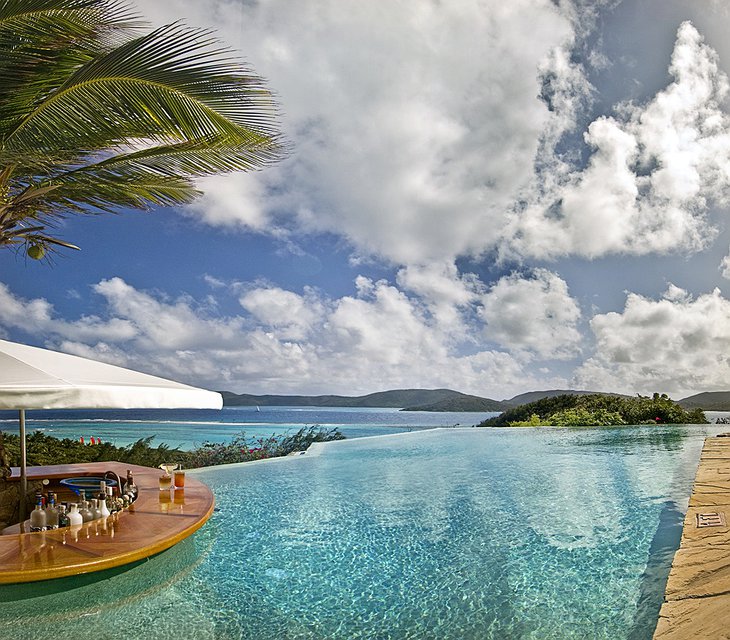 The resort can organize a romantic dinner for two on the sandy beach with hanging lights, candles and a fireplace. 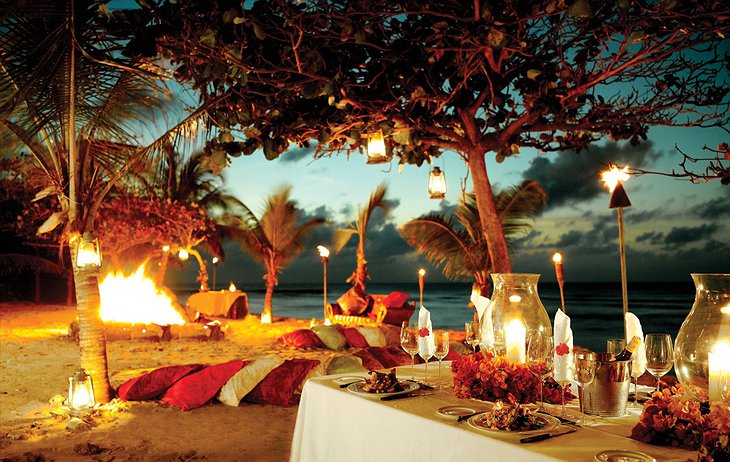 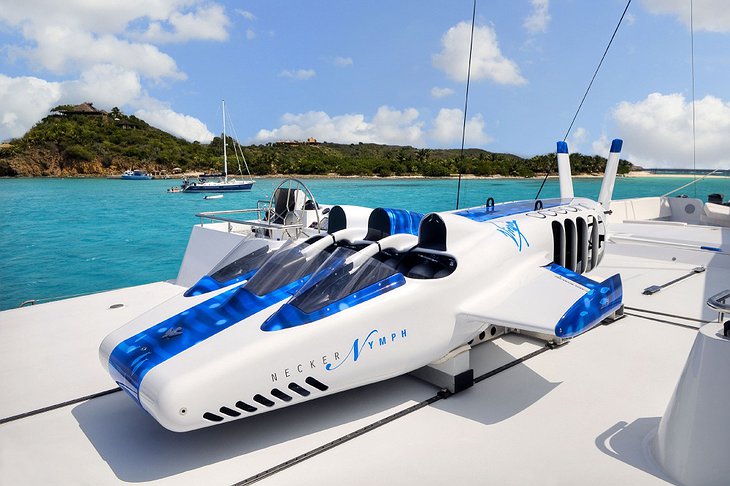 Neckerman's Nymph is a mini-submarine you can rent and dive deep in the sea as if you were cruising with your car on a highway. It's another example of how the resort knows no limits regarding their or their guest's imagination. 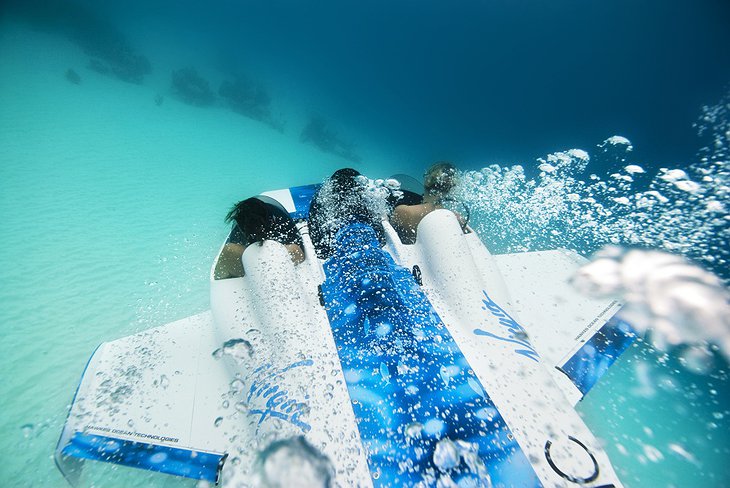 The Nymph is basically the cabriolet of submarines. 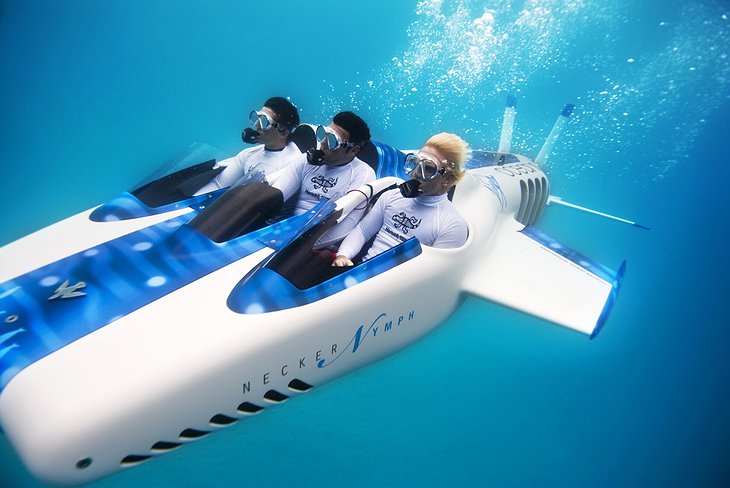 But if you are more into regular sports, you can do kiteboarding and windsurfing around Neckerman Island's azure waters. 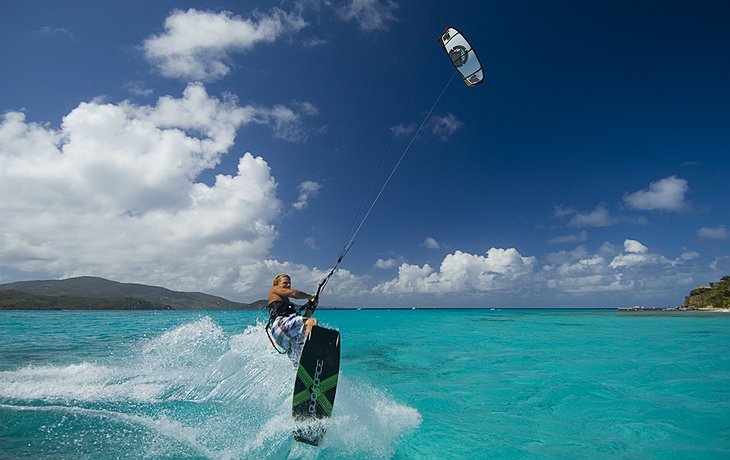 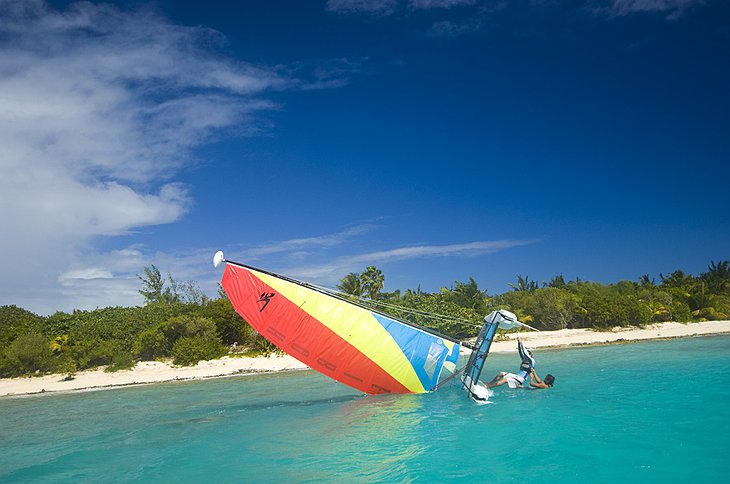 Unlike a tropical island in Thailand overrun by thousands of tourists, at Neckerman Island, you can stroll on its picture-perfect beaches as if they were all yours. 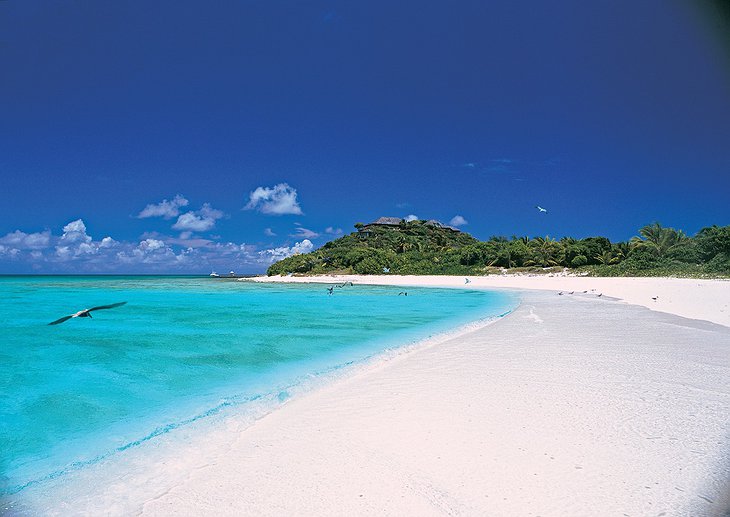 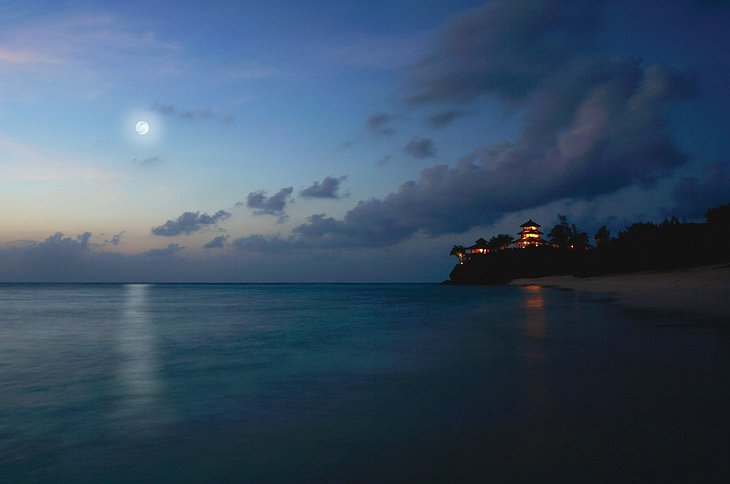