It holds the world record for ‘smallest hotel in the world’, and when you arrive at Punta Grande, you will be forgiven for thinking you have arrived at the home of an insane fisherman with love for very exposed locations.

Situated on a rocky outcrop on the island of El Hierro in the Canary Islands, you might get a bit lonely as it is far away from the island’s only town and sparse 10,000-strong population.

Hotel Puntagrande has only five rooms, but each of them is uniquely designed. Much of the wood has been salvaged from shipwrecks which is eco-friendly and a bit creepy.

One room even has a little balcony for you to hang your fishing rod out. Unique touches and little bits of seafaring paraphernalia decorate the interior.

The downstairs dining room has a tree root protruding from the ceiling because, I suppose, you live on a rock in the middle of the Atlantic ocean, things get a bit weird.

Indeed, Tom Hank’s imaginary football friend from the film Cast Away, Wilson, has apparently visited this remote hotel. But reports have yet to be confirmed.

Hotel Punta Grande is hidden on the remote El Hierro Island in the Canary Islands. 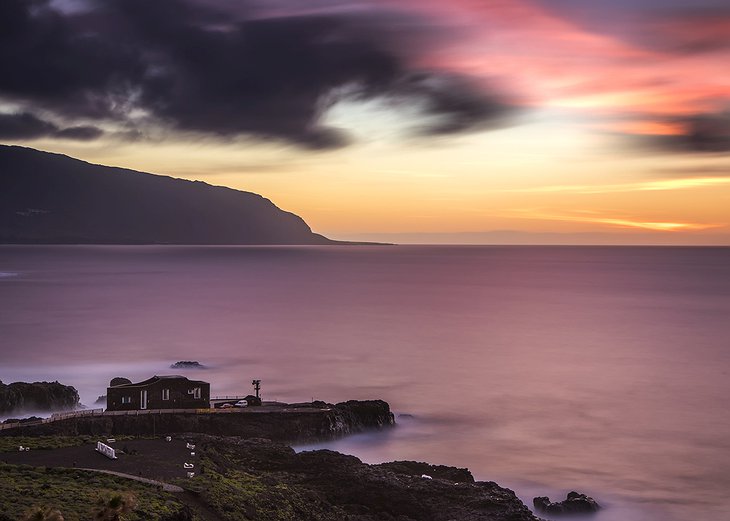 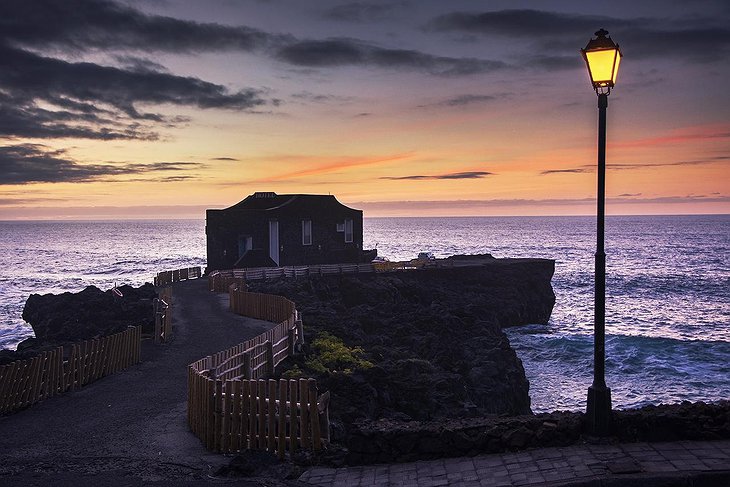 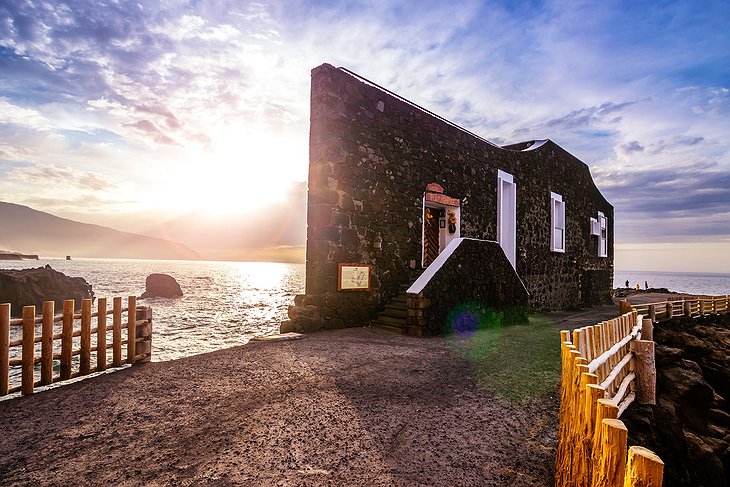 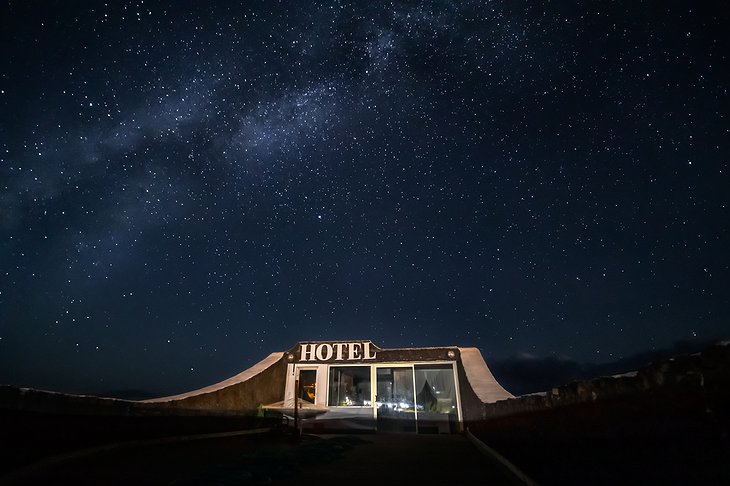 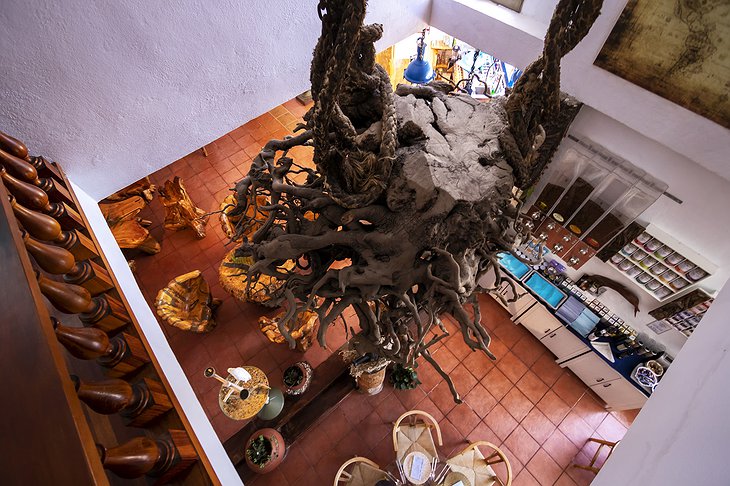 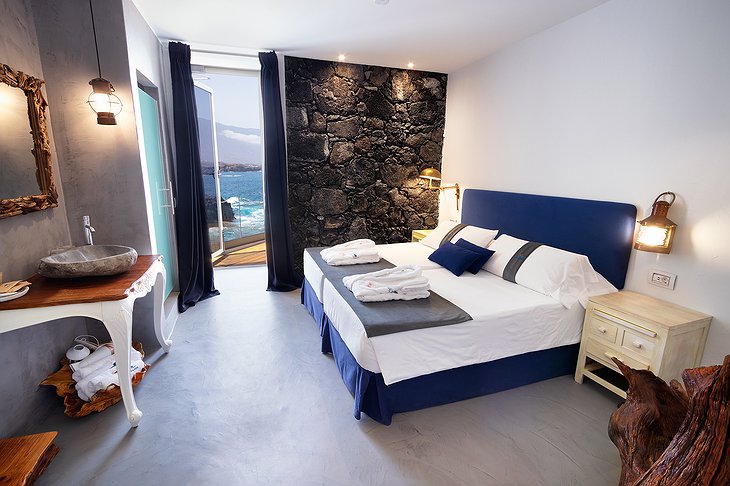 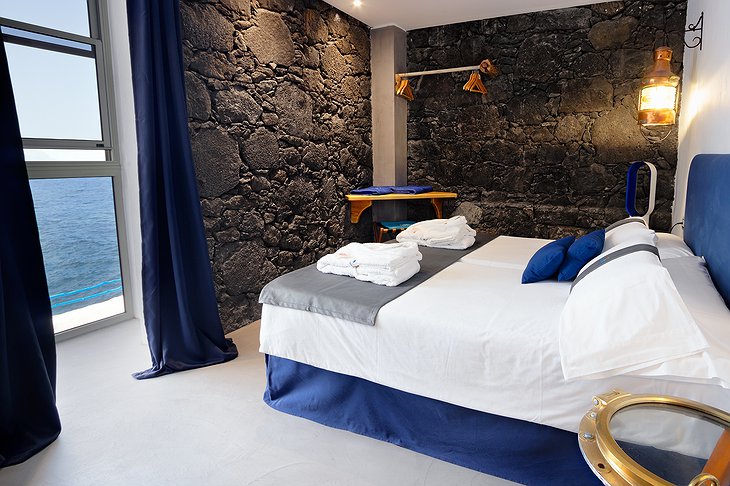 The bathroom's ceiling windows let the sun shine in while you take a shower. 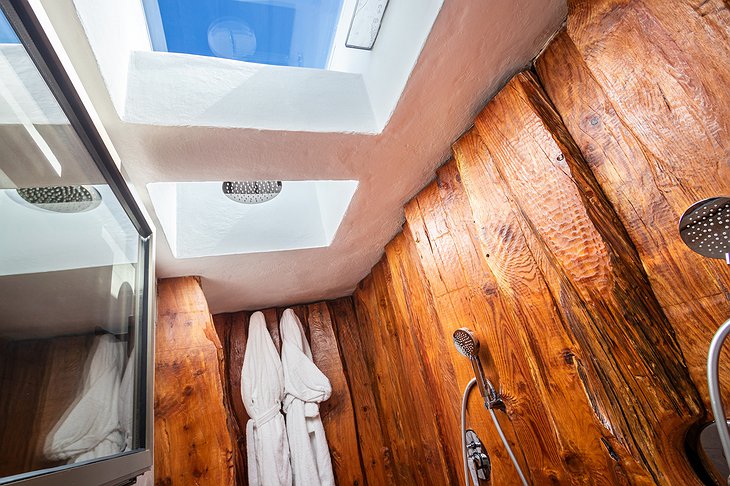 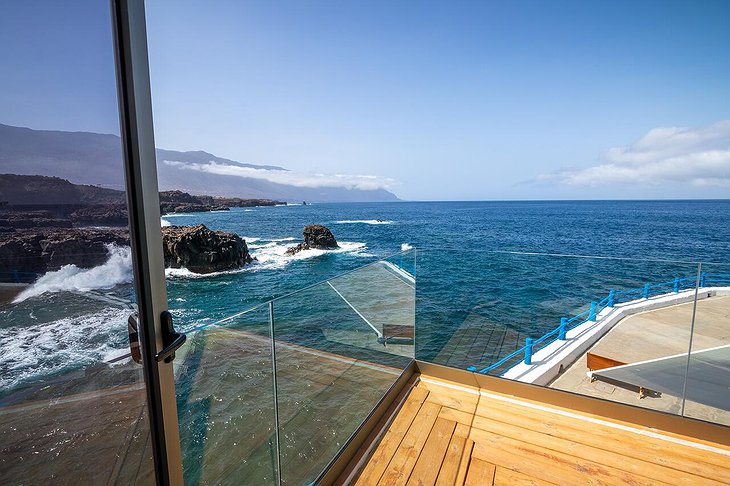 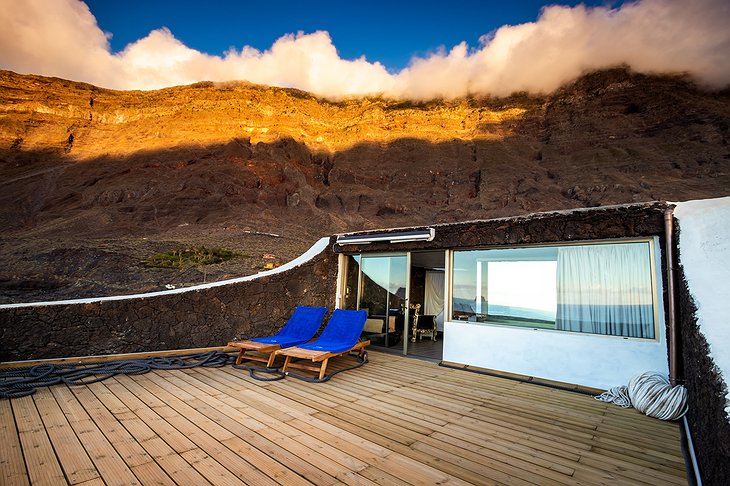 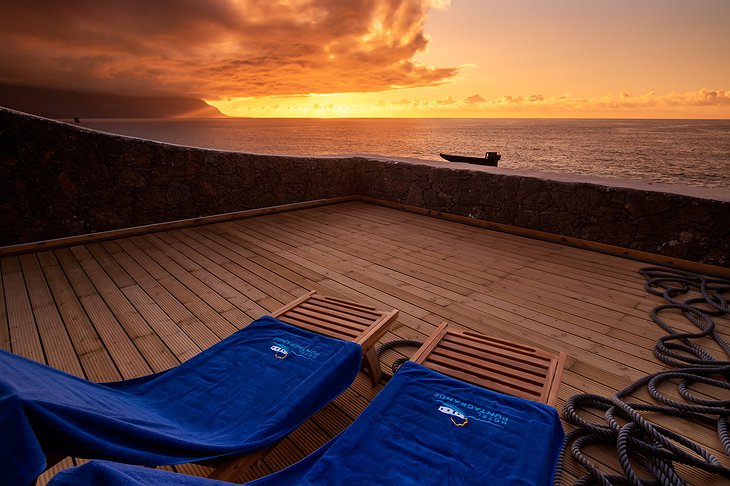 Even though it's claimed to be the world's smallest hotel, it still has a restaurant - and what a place it is! Just look at this setting right at the edge of the Atlantic Ocean. 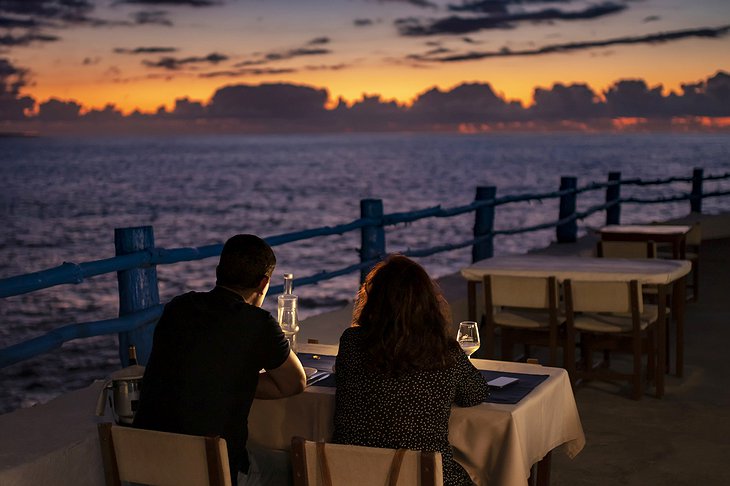 Possibly one of the best spots to have a quality bottle of Spanish wine. 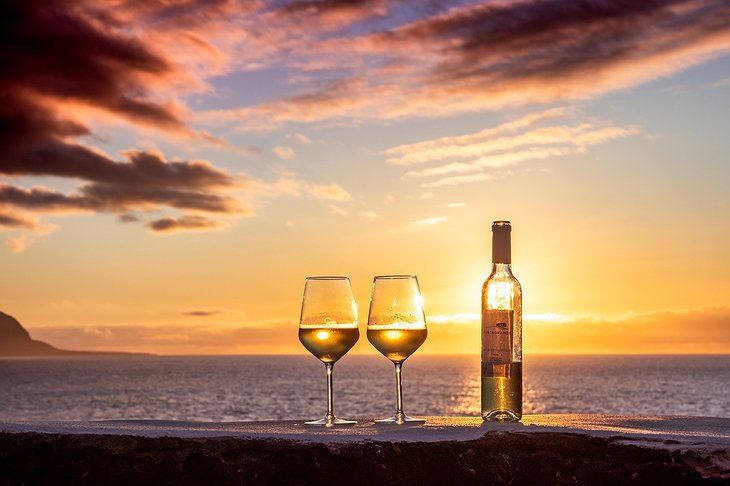 The hotel might not be the best place for those with aquaphobia, as the ocean's wild waves can reach high when crashing on the rocks. 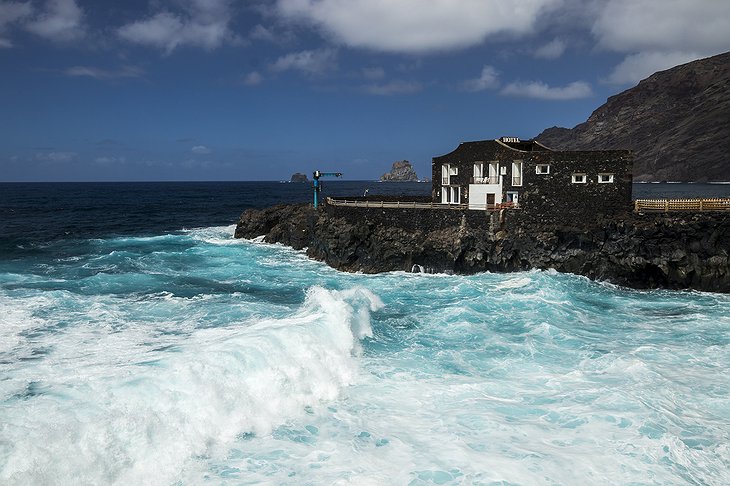 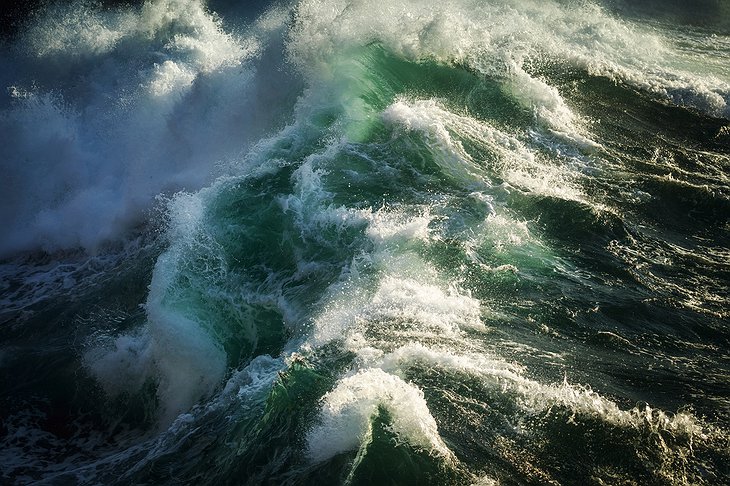 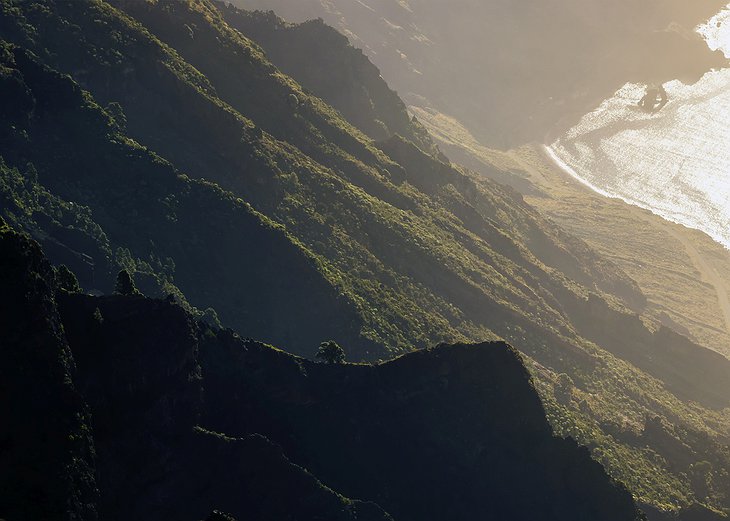