The hotel is situated next to the historic French Concession area of the city known for its delights and high-class restaurants, clubs, and boutiques. One of Fodor’s top 100 hotels, URBN was built in a converted warehouse using locally sourced materials. One room has its own three-tiered internal atrium, another has a Jacuzzi; all have free-standing baths and astounding aesthetics. Richard Branson and NBA star, Tao Ming have been known to stay at the hotel.

A rooftop champagne bar, award-winning dining, and cocktail creations are all there to whet your appetite for style and taste. The hotel's special concept is by A00 Architecture, a team of 3 Canadian architects who have come to specialize in regenerating Shanghai’s downtown buildings. Interior design is by Brazillian, Tais Cabral and combines modern Chinese design with a little South American flair. 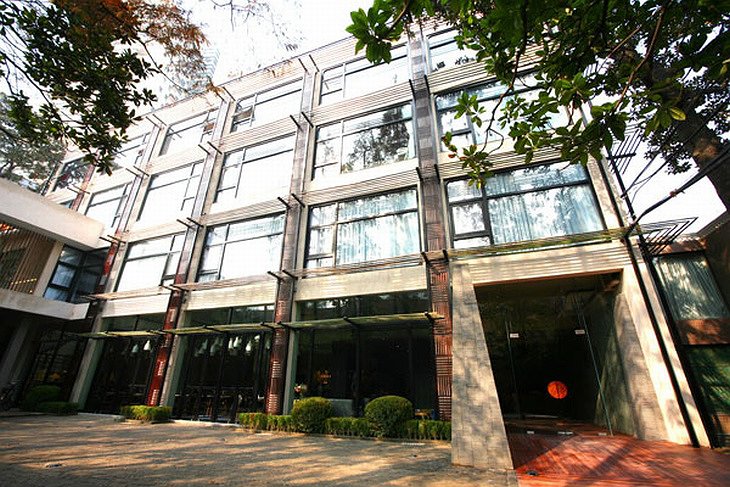 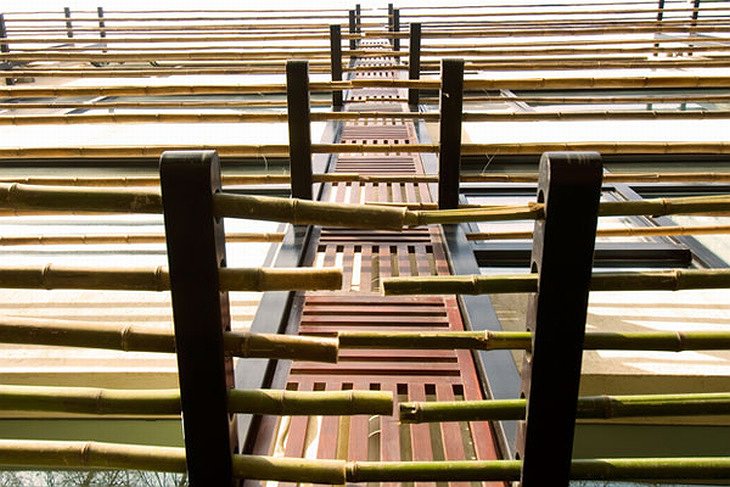 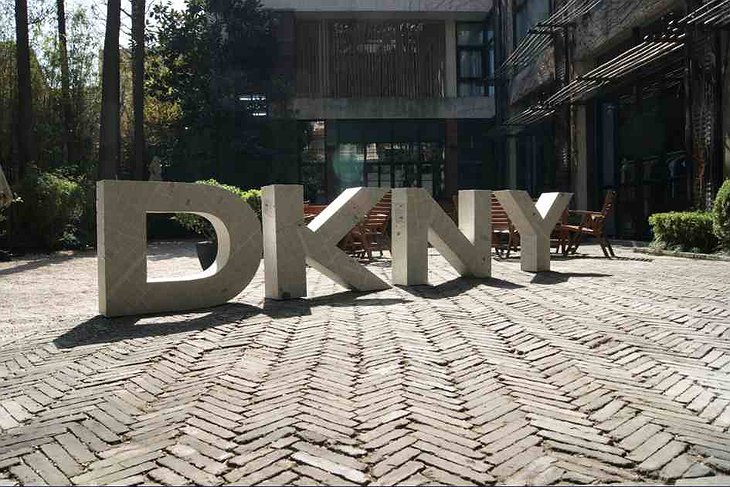 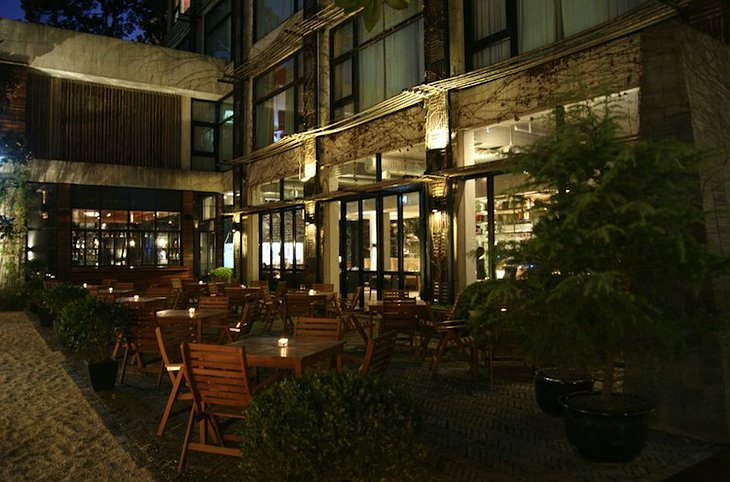 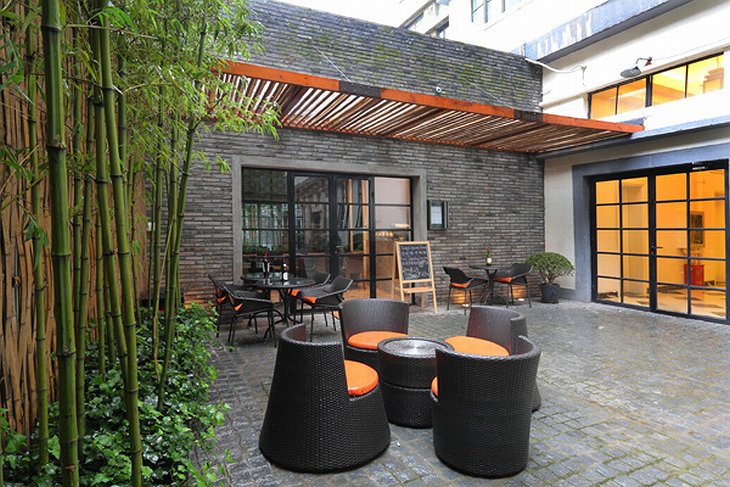 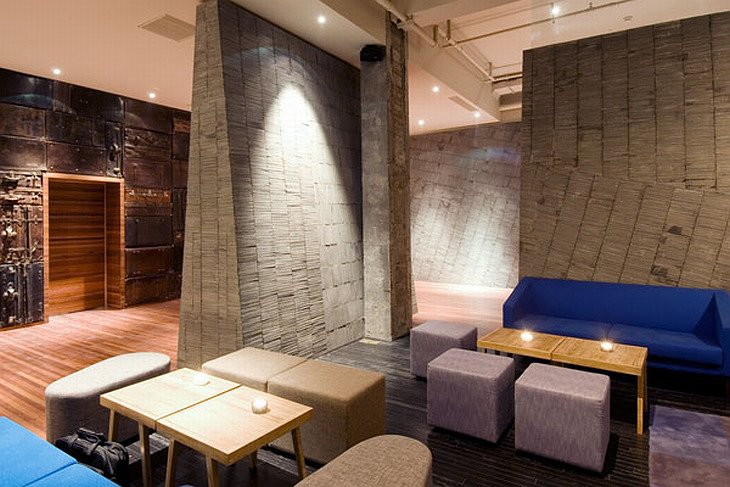 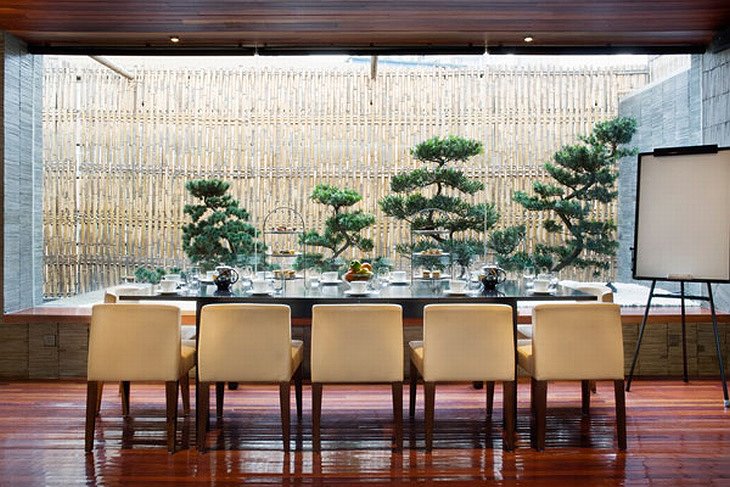 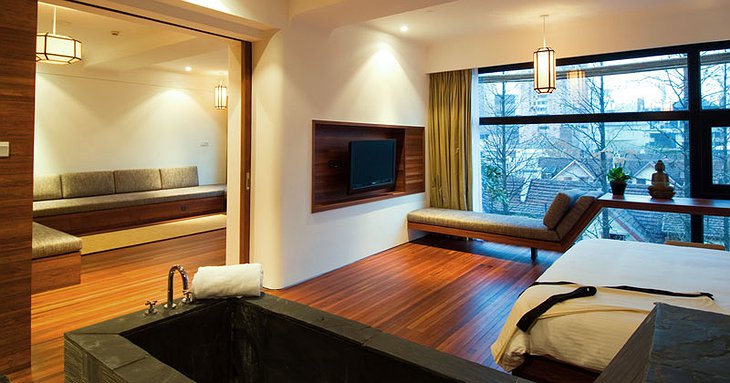 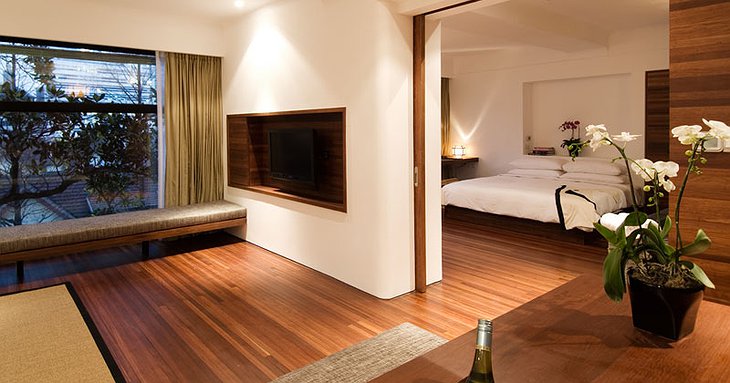 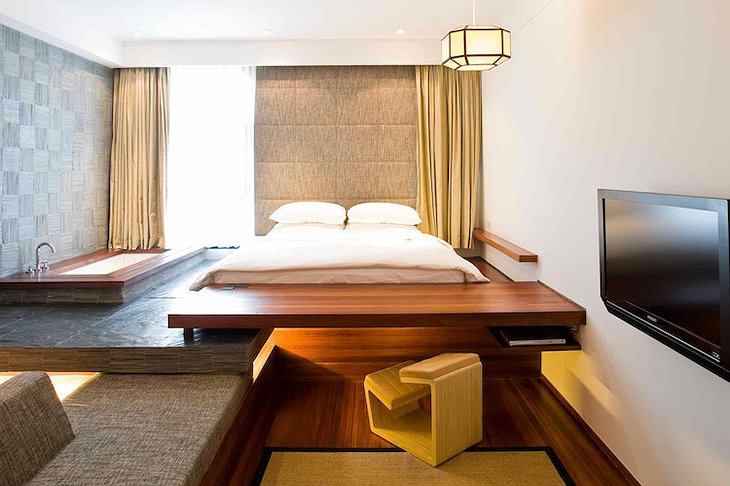 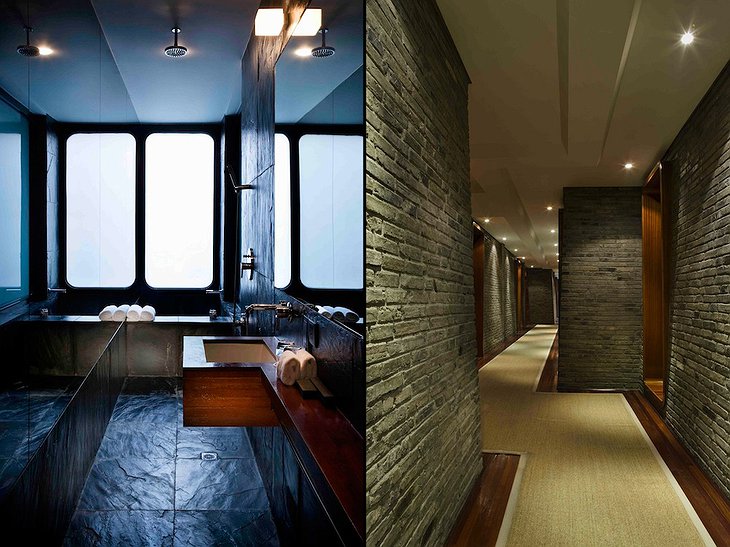 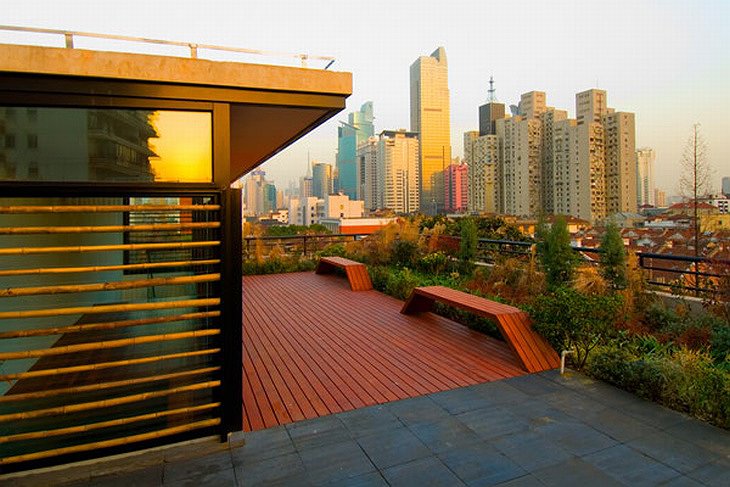 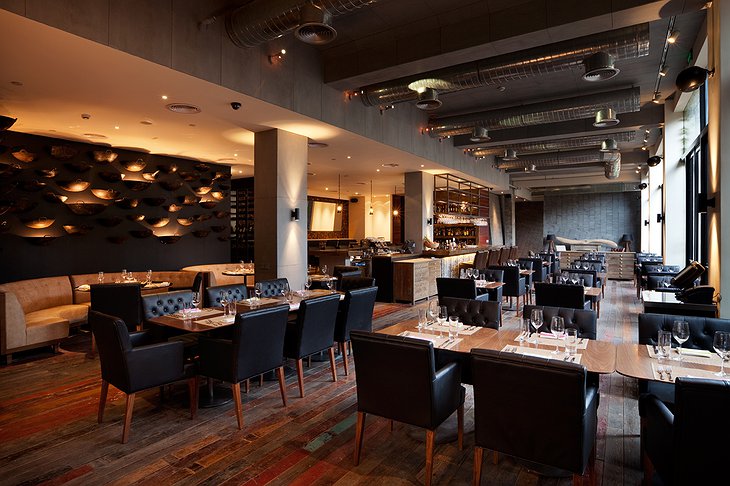 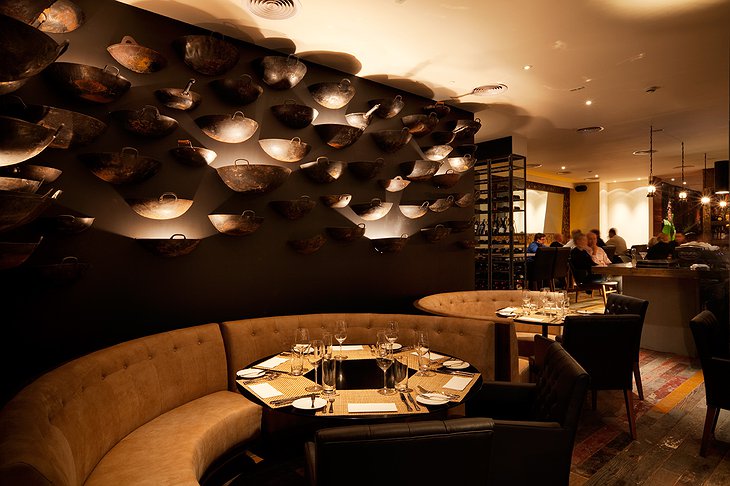 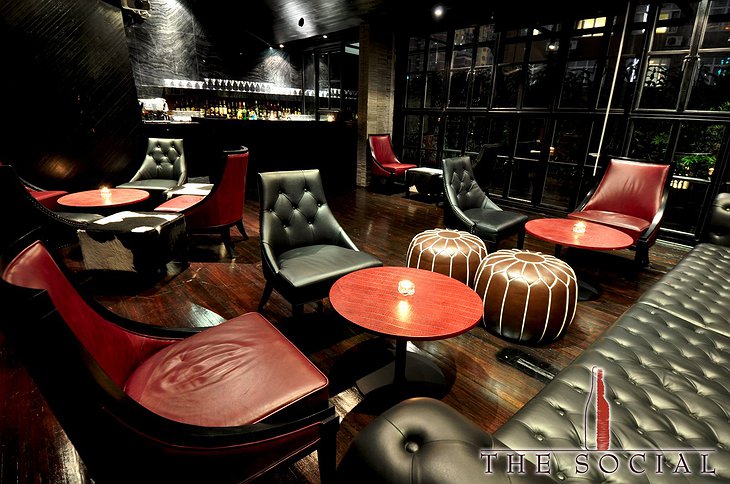