Unique homes are spreading like wildfire, with each new creation being wilder and more quirky than before. Steve and Nancy, a creative couple from Dallas, dreamed up a new concept for short-term rental.

The idea came from a sweet childhood story. Steve's grandfather asked his daydreaming son if he would be an engineer building air castles. And as Steve and his father both became engineers, it was just a matter of time before words translated into action.

The impressive structure is located in the greenery of Ladonia, Texas - a tiny town with a population of only 612.

I can hear you asking, "treehouse from containers?" Well, yes. The air castle's structure resembles a treehouse extending vertically, but it's made of metal containers. 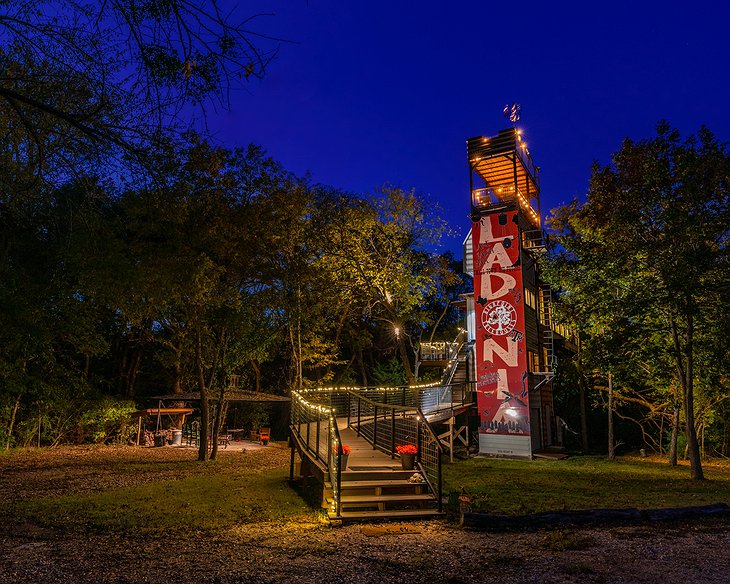 The solid structure has a concrete foundation with shipping containers stacked on top of each other like pieces of Lego elements - which is probably another childhood memory. 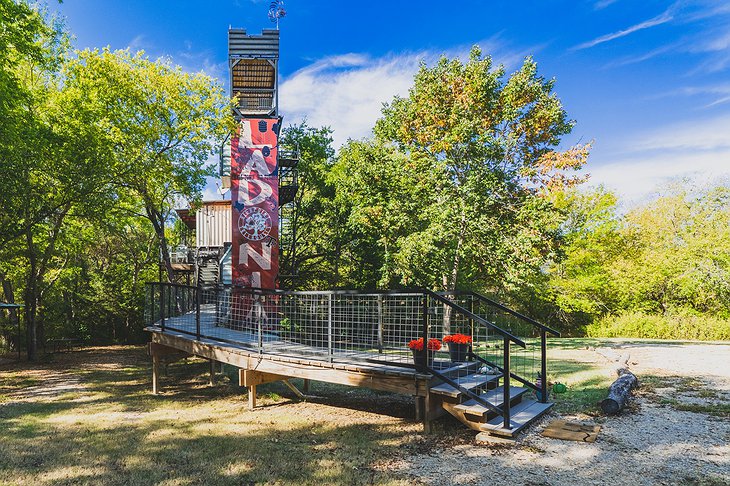 The 40-foot (12 meters) tower is topped by a double-decker rooftop terrace stretching to 50 feet (15 meters). The panoramic rooftop is connected to the main building by an external spiral staircase.

The cantilevering containers are where Steve and his team created the communal spaces. 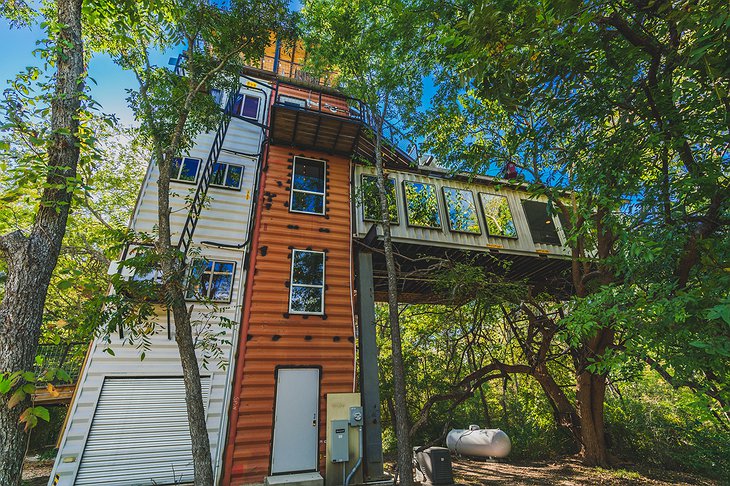 Cranes lifted the prefabricated containers to their final places.

After two years of construction, a one-of-a-kind rental tower was ready to welcome guests. 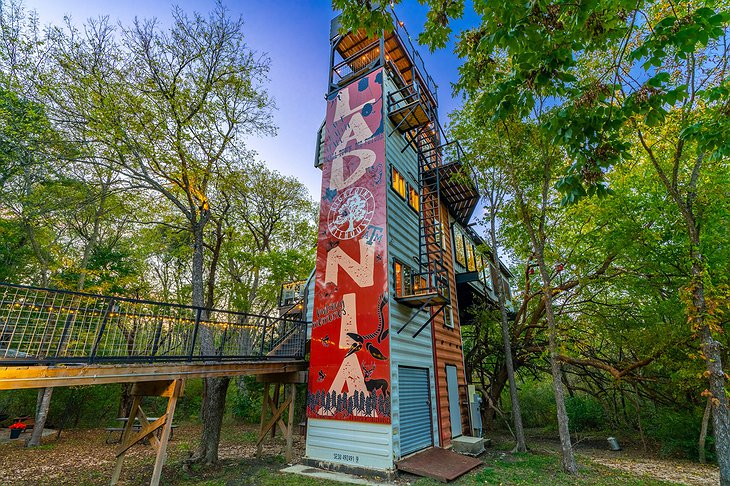 Luckily, not all attention went into the exterior design. As a result, the interior is similarly impressive.

The industrial design exterior is contrasted by a farmhouse-style interior that uses repurposed materials. Some of the decorative wood is over 300 years old. 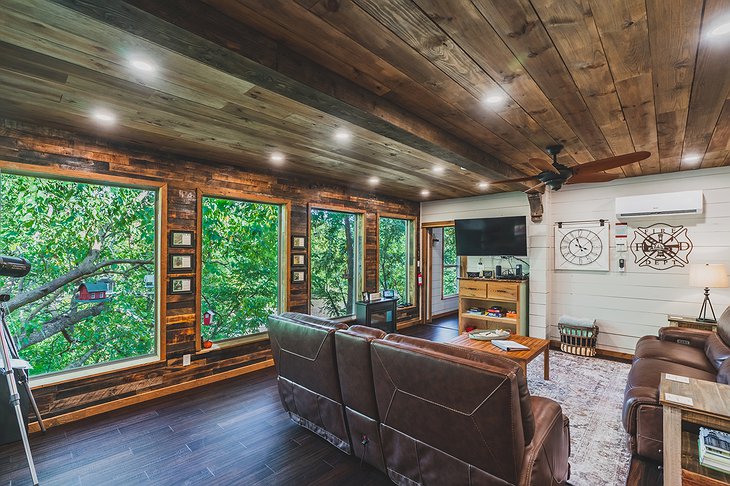 The main entrance door is styled to look like it belonged to a castle. 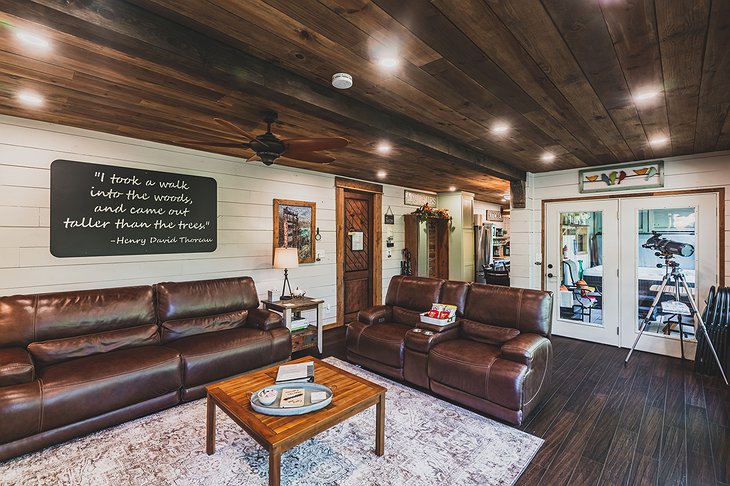 The kitchen is homey, and it's fully stocked with whatever you would need for a getaway. Even the kitchen has a balcony - one of six in the house. 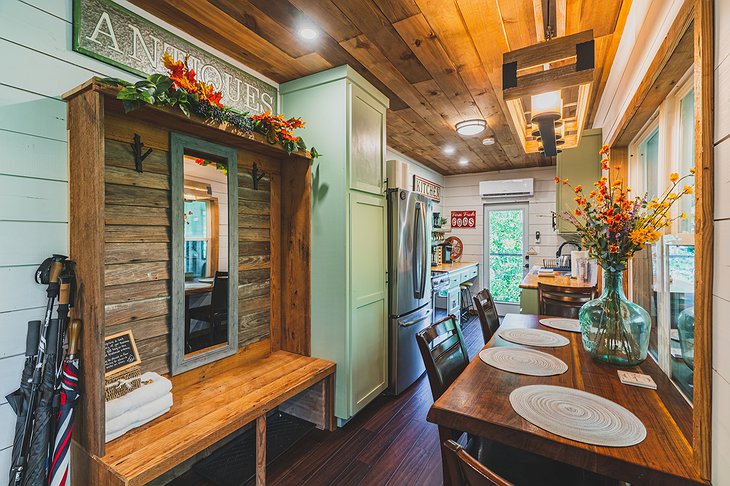 The living room opens to an outdoor porch with a hot tub overlooking the beautiful nature of Ladonia from the canopy level. The bird and squirrel feed brings the animals closer. 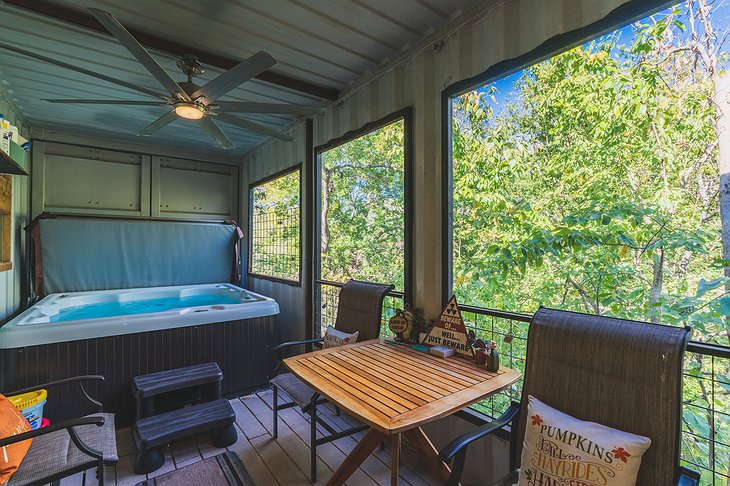 The custom-made bathroom is on the same floor as the living room, and it has a beautiful black walnut countertop and a luxurious shower with multiple shower heads.

There are two bedrooms—one below the living room level and one above. 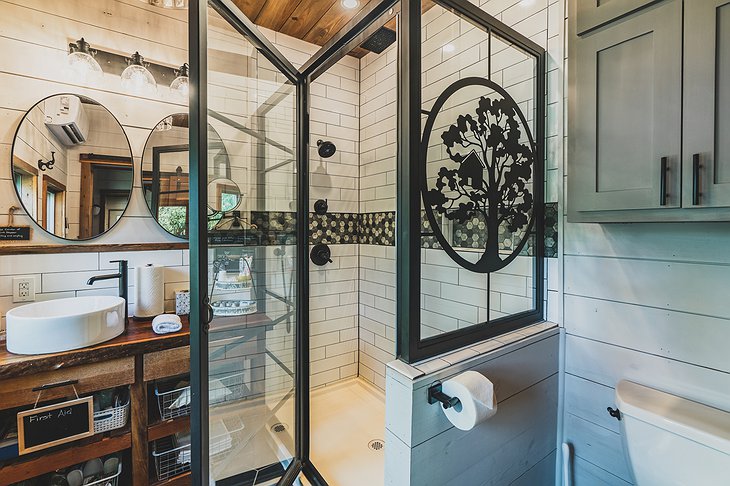 The staircase that runs through the whole building has a clever design incorporating differently colored steps, so you wouldn't crash while you try to find the bathroom in the middle of the night. 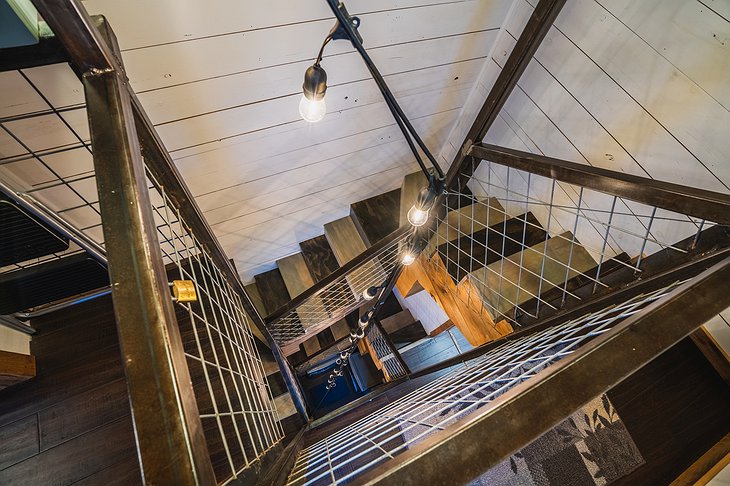 The top bedroom is named after the owner's favorite squirrel, and his photos decorate it. The queen-sized bed has a window above it where you can gaze at the stars on a clear night. 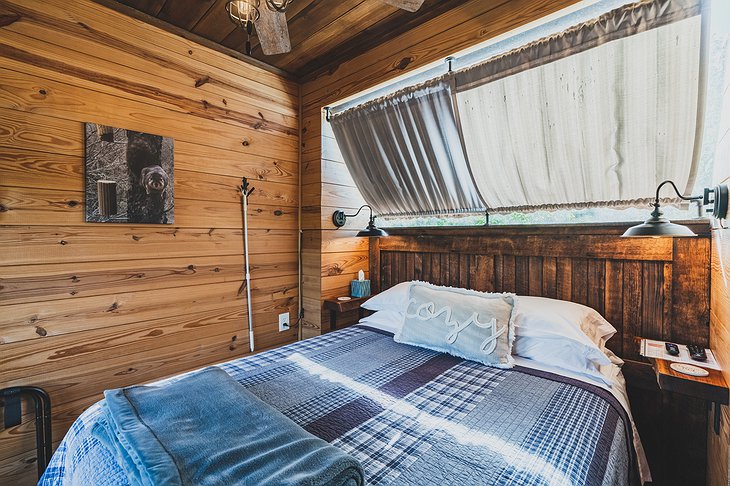 The rooftop terrace offers a fresh breeze and shade on hot summer days, and it has a view above the top of the trees. 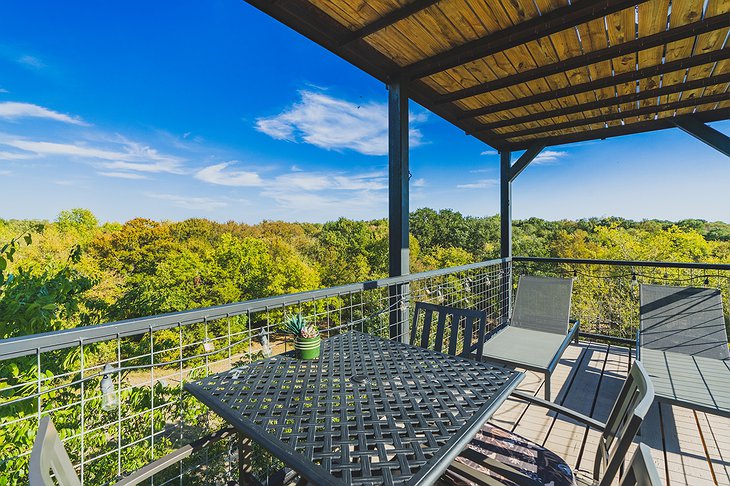 There is an outdoor grilling space protected from the sun and stocked with wood. 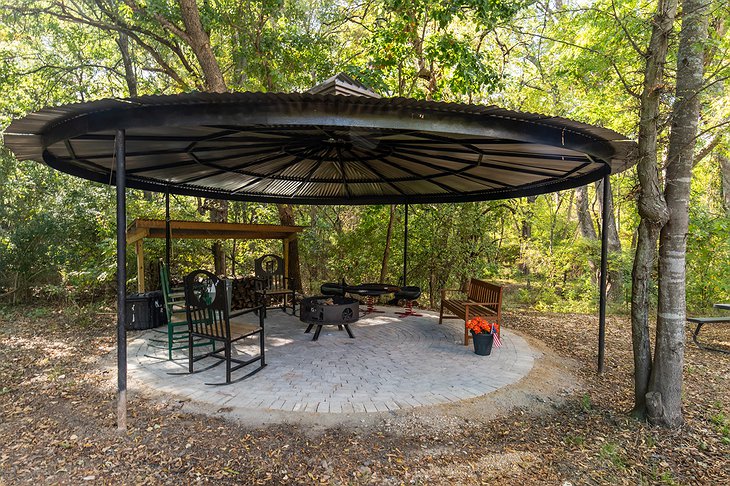