Corona
Save the Beach

What kind of hotel advertises itself as “fully disinfected”? A hotel made of trash, that’s what. This temporary hotel was erected on the banks of the Tiber in Rome to bring attention to the threat posed to Europe’s beaches by the mountains of trash left by careless tourists each year. The project was built to send a message: “hey look! We have taken the amount of trash that gets dropped on the average beach in Europe in one year and built a bloody hotel out of it”. It certainly gets your attention.

The hotel is not open to the public but a few people have stayed in their including supermodel Helena Christensen. One of the people who helped with the project is artist HA Schult, he is quoted as saying, “we are in the trash time. We produce trash and we will be trash". It certainly is arresting rhetoric but the hotel itself stands like an accusing finger drawing our attention to a serious problem - that our oceans are suffering from an outbreak of garbage which has the potential to ruin everything turning us into, in the words of H.A Schult, “trash people”. 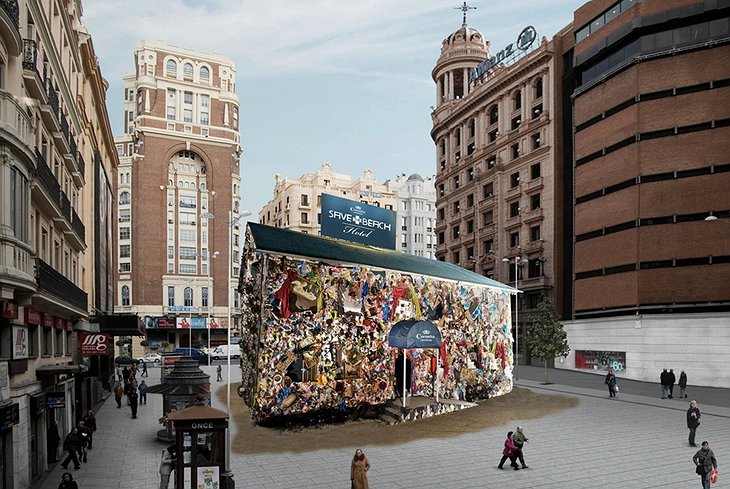 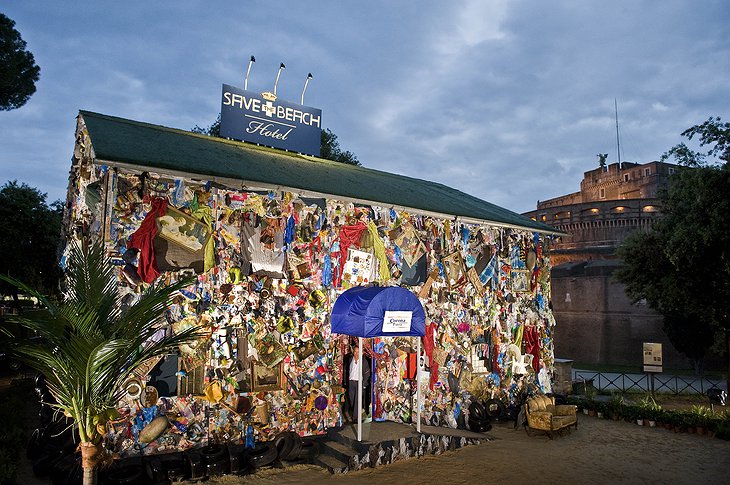 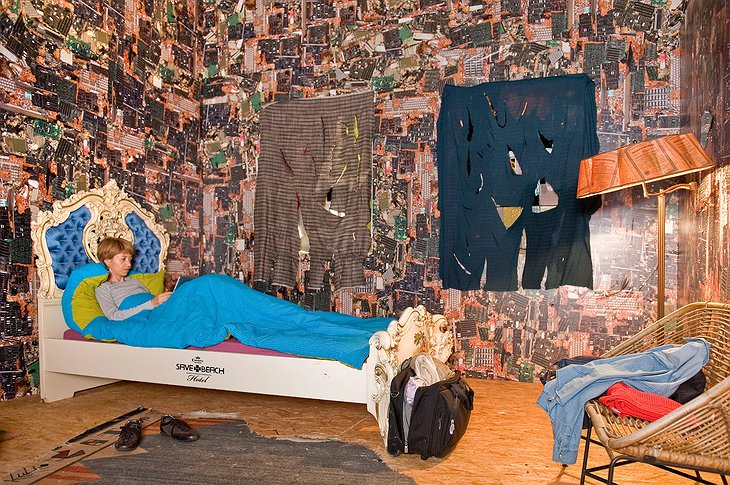 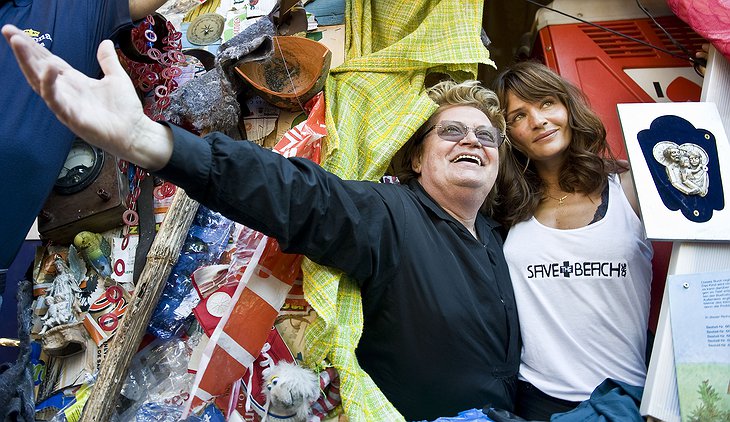 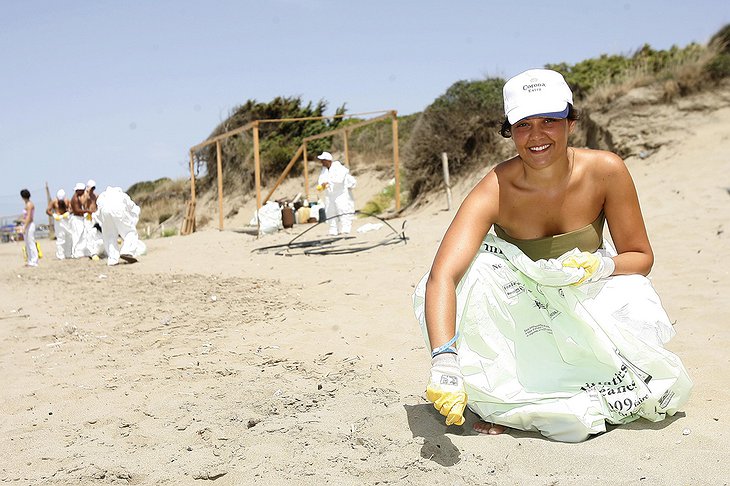