The eight-bedroom (plus crew sleeping quarters) bed and breakfast hotel is located 32 miles (52 km) off the east coast of North Carolina, standing on four poles 135 feet (41 meters) above sea level. The Frying Pan Hotel is not for the faint of heart or those fearing heights.

The remote location in the middle of the Atlantic Ocean is another one on the list of scary things. Mars may be a far-away planet, but if you want to feel remoteness, you can have a similar experience here.

Except for it is not lifeless red rocks under you, but hungry sharks. But don't worry, they don't actually like human flesh.

The lighthouse was constructed in 1964 to protect seafarers. The tower was to warn and prevent ships from crashing into the shallow rocks of the Frying Pan Shoals off the coast of Bald Head Island.

In 1992 the advancement in technology, namely GPS and radar, rendered the US Coast Guard Light Station purposeless. In 2010, Richard Neil from Oklahoma decided to buy the old lighthouse to turn it into a place to stay.

The Frying Pan Tower evolved into more than just a safety guard for ships. It is now a unique resort that you can add to your list of places to visit before you die, especially if you are into extreme adventures. It's also environmental research, education studies station, and a shelter for marine wildlife. 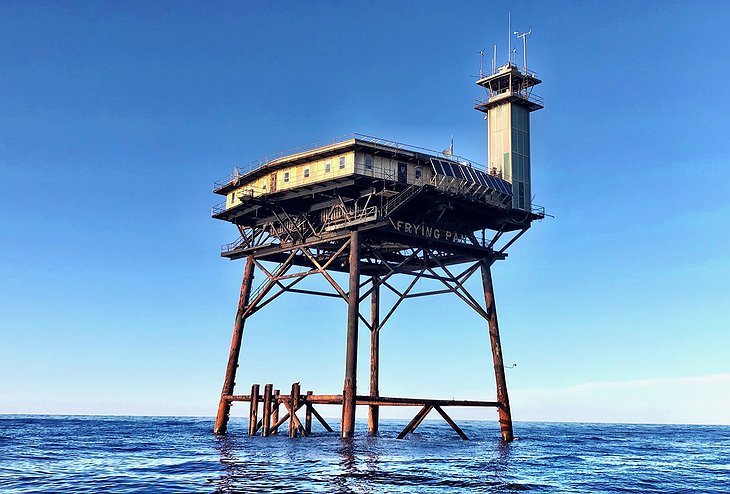 Frying Pan Tower offers no luxury. In fact, it's the total opposite. A bare metal structure sticking out of the open sea is one of the most unusual hotels in the world. 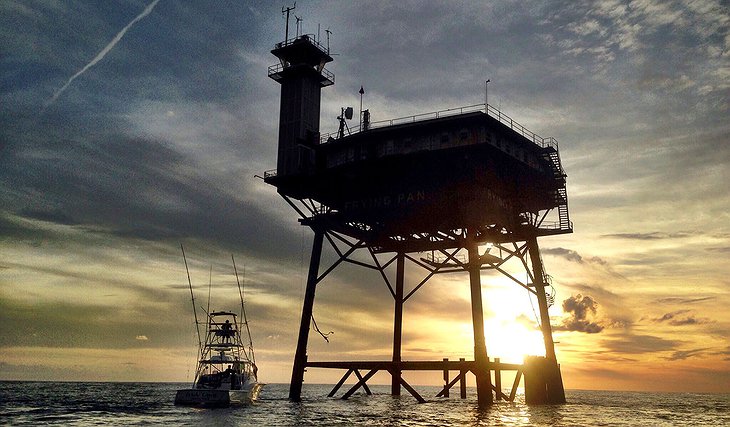 The hoist can pull up packages or a person in under a minute. Or lower you for a scuba dive session in the reefs. 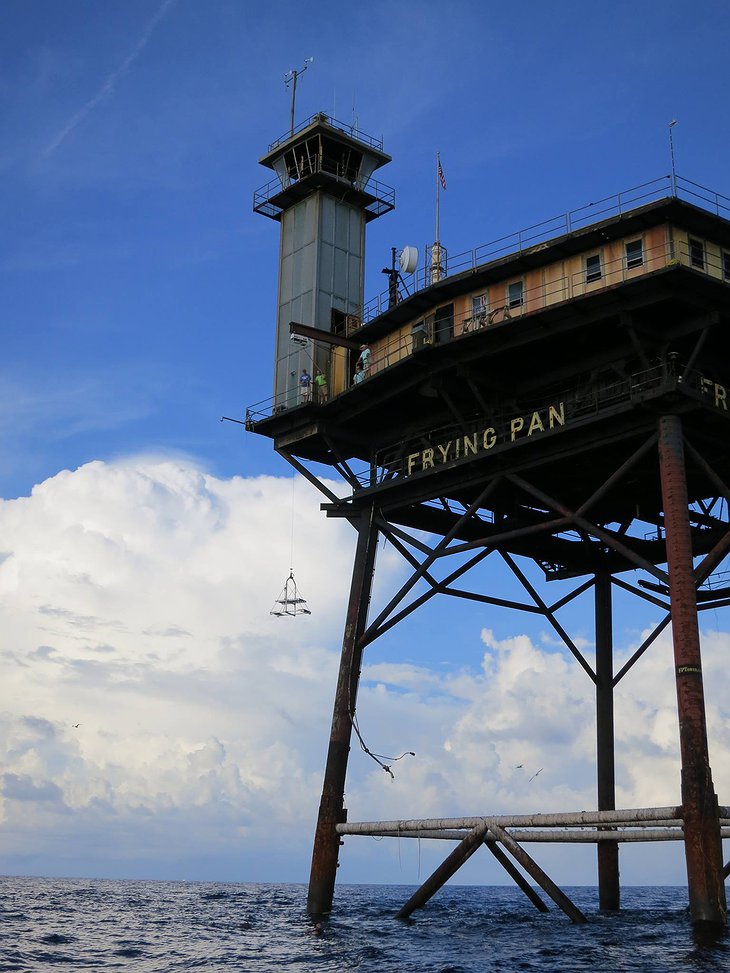 This is not the type of hotel where you will be met with a red carpet at check-in. 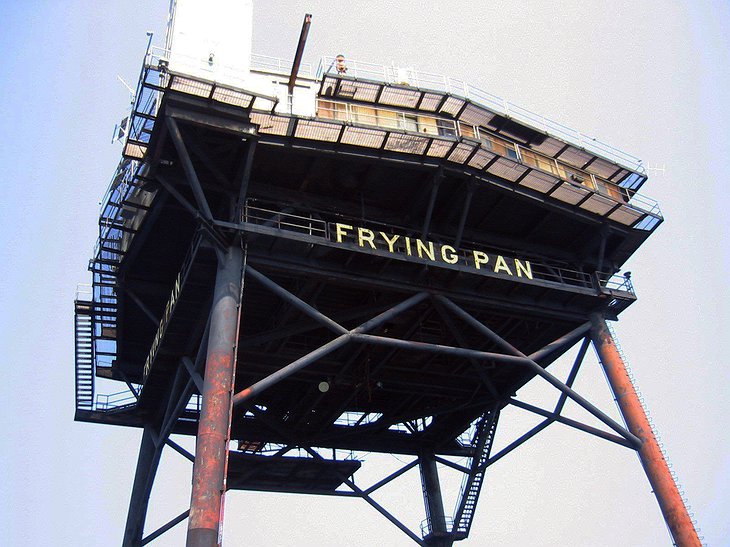 You must either get a lift by helicopter or use a boat to get here. In return, the unique accommodation offers a mighty ocean view and magnificent sunrises. 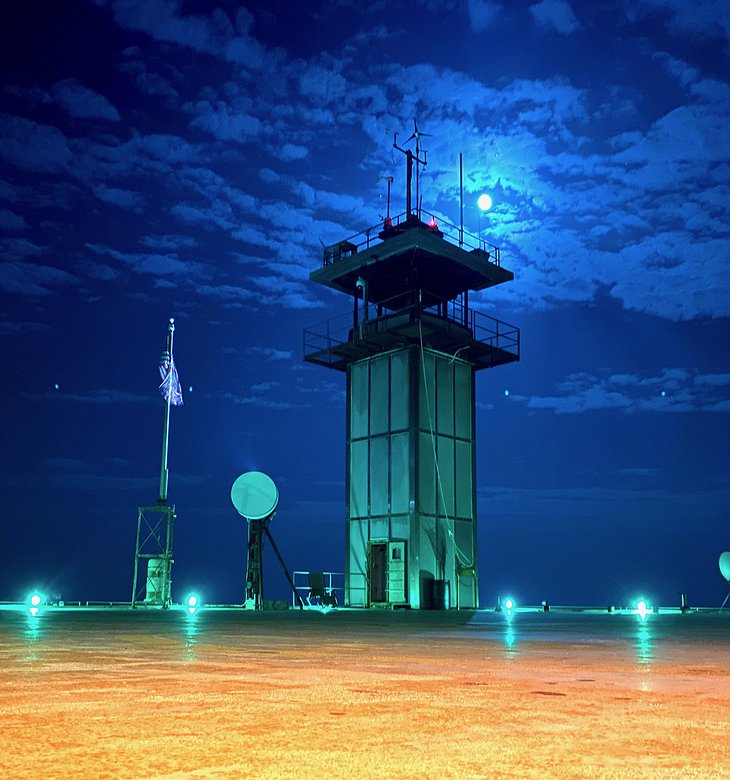 The old lighthouse is a safe bet for those looking for a unique and unforgettable hotel experience. However, it may be worth adding a "few bucks" for a helicopter transfer if you are bothered by seasickness. 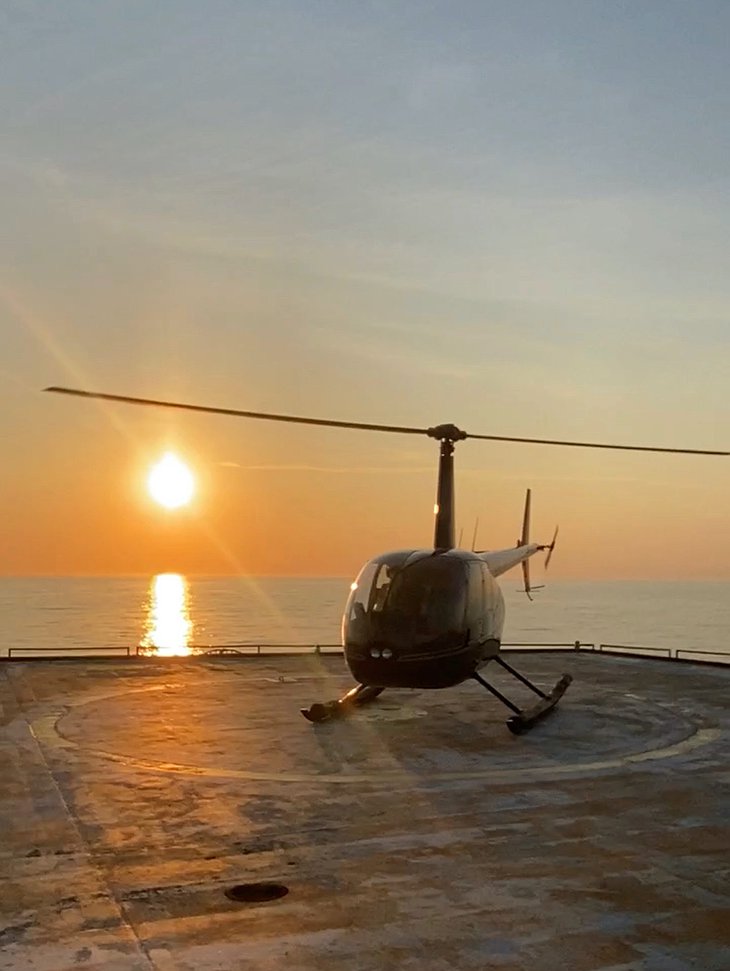 There are double-decker stainless grating walkways all around the tower. 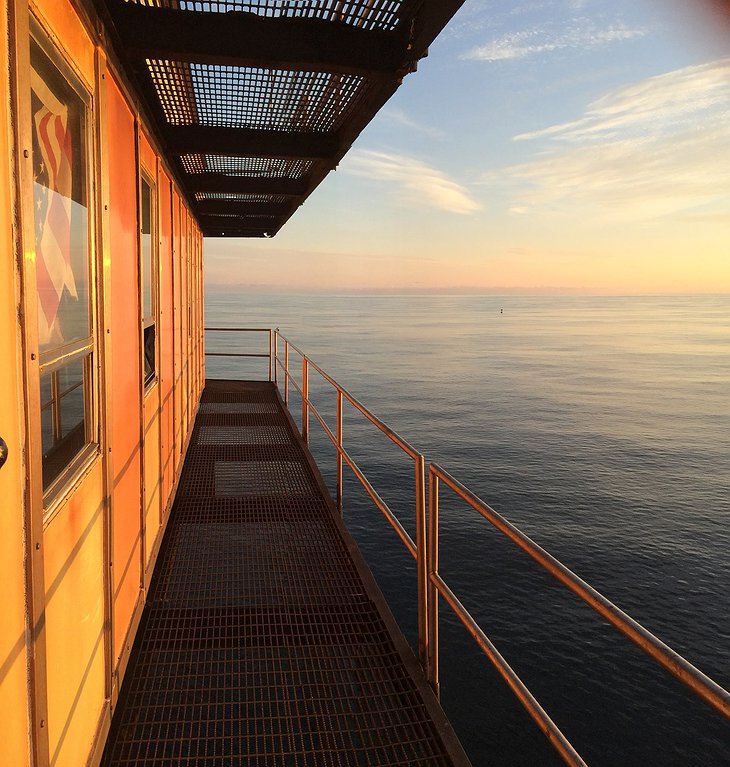 The 5,000 square feet (465 square meters) of living space in the middle of the Atlantic Ocean may not sound like the best starting point for a vacation, but according to Richard Neil, The Frying Pan has a fair bit to offer for its guests. 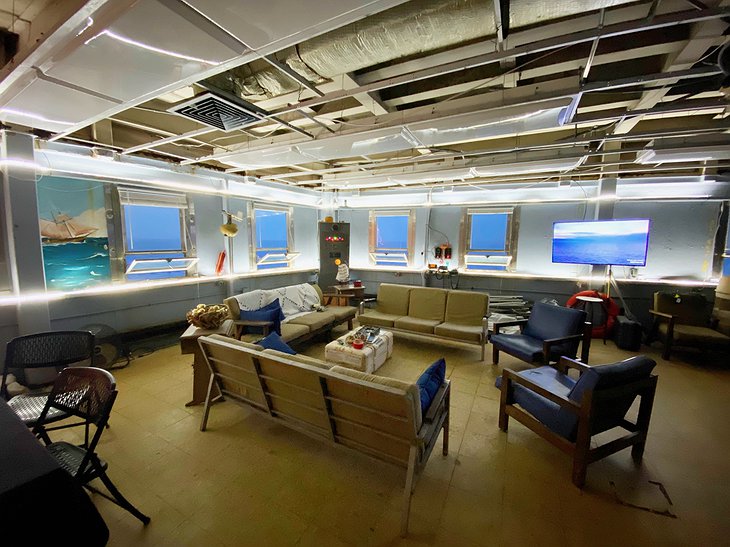 There is a fully equipped stainless steel kitchen, and ss guests, you can prepare meals from the lighthouse's pantry or book the hotel's chef. 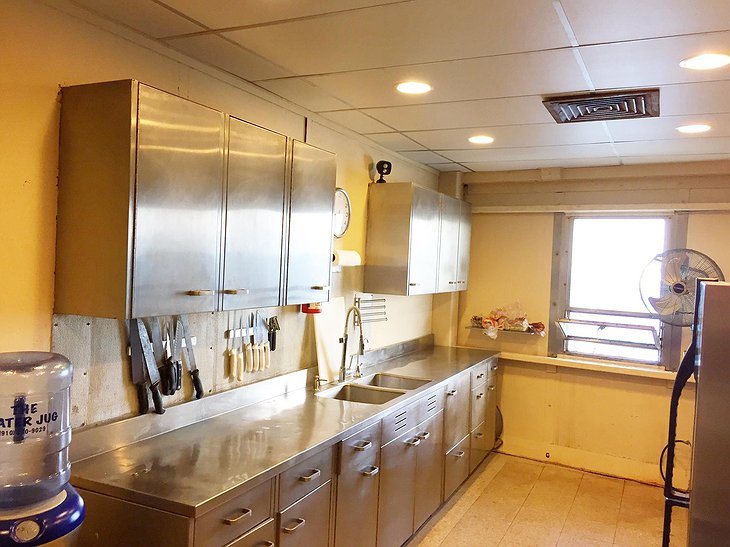 The list of fun activities is endless. You can go on epic fishing from the tower, shoot biodegradable clay pigeons, play golf with biodegradable balls (made of fish snacks!), play pool, or watch a movie. 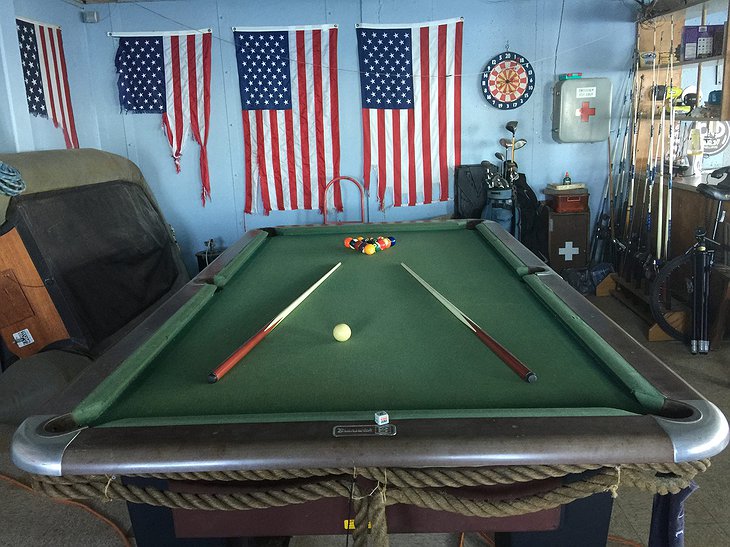 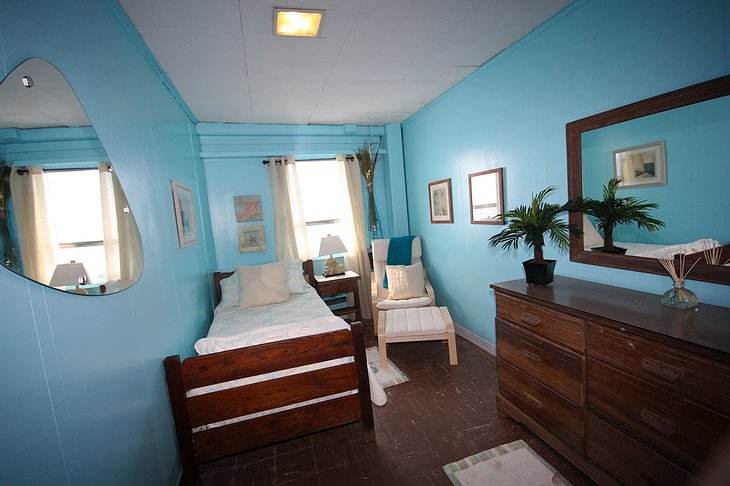 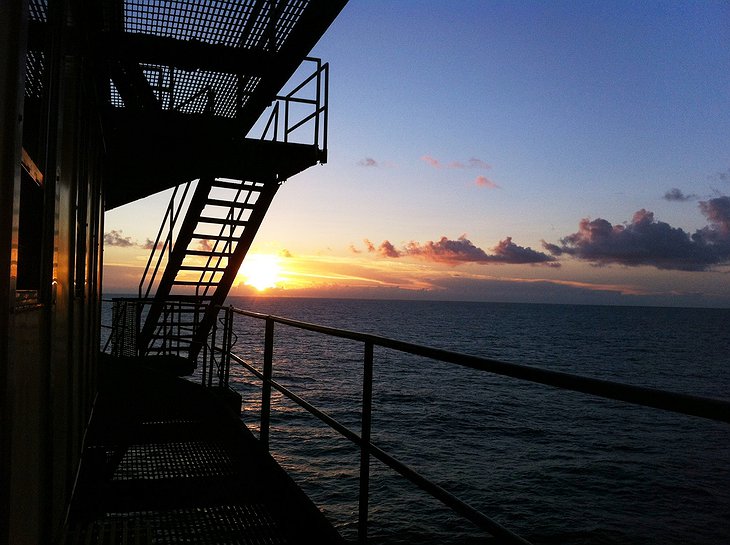 The highlight is, of course, the snorkeling and scuba diving in the protected reef below. And how about sunbathing on top of this epic structure or relaxing in a hammock after having a swim with the sharks? 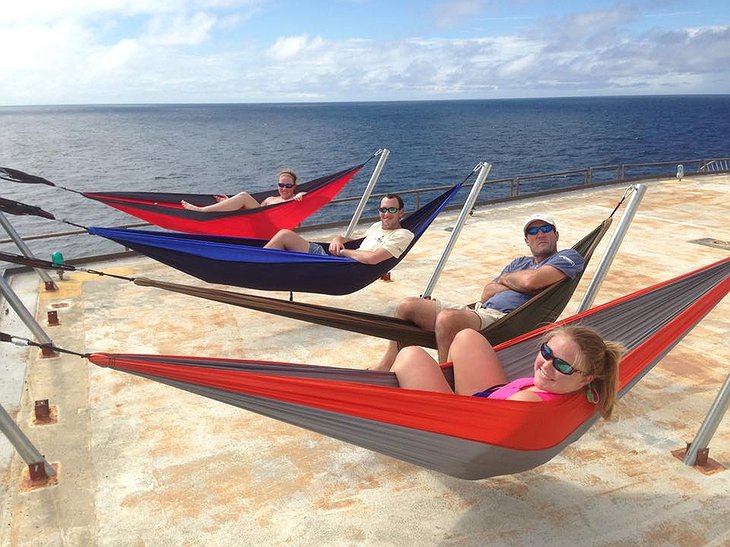 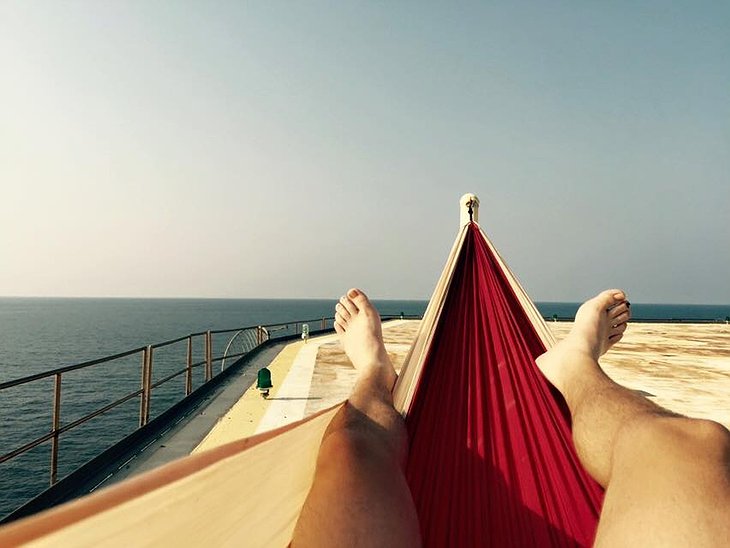 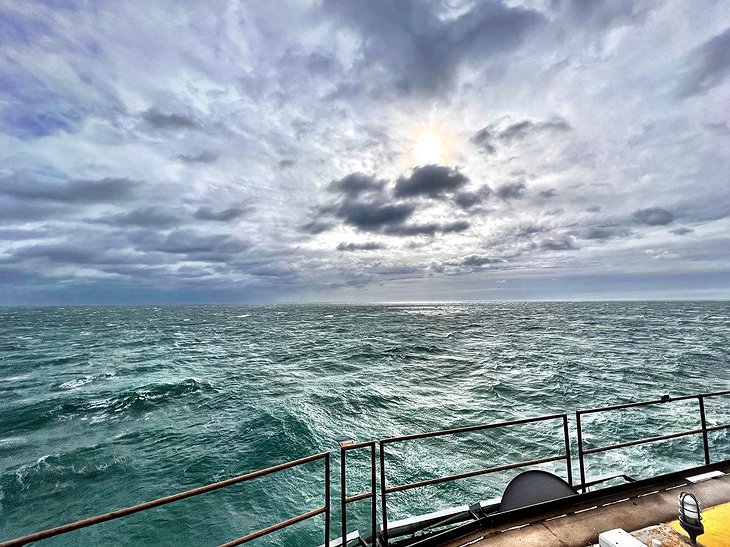 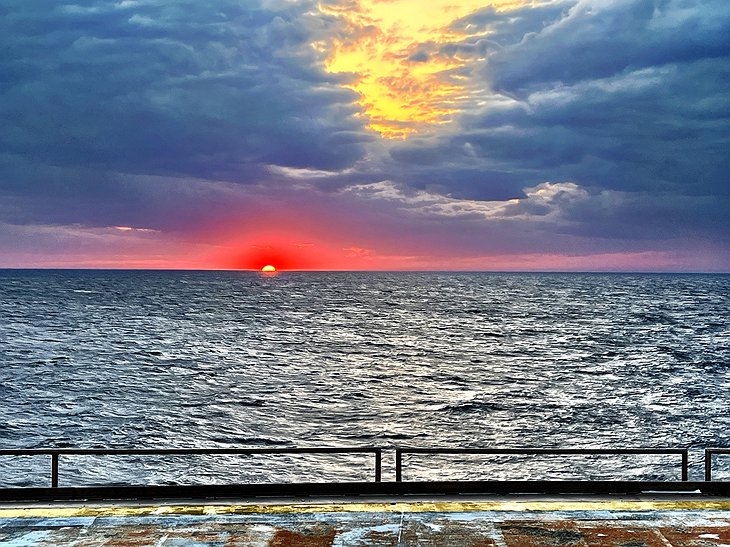 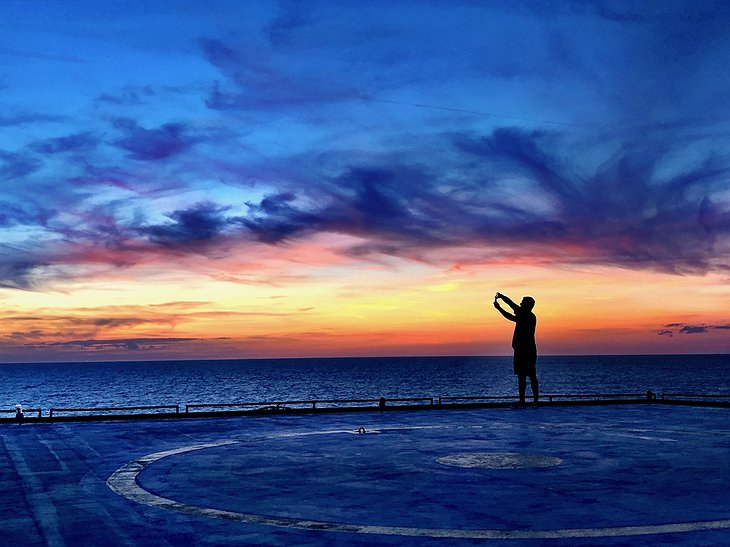 According to its owner, "The tower has proven to withstand major hurricanes. It has super fast internet, hot and cold water can store electricity from solar and wind energy, and plenty of backup generators. The place has several communication options, a helicopter platform, and security cameras. In addition, the place is very private and safe." 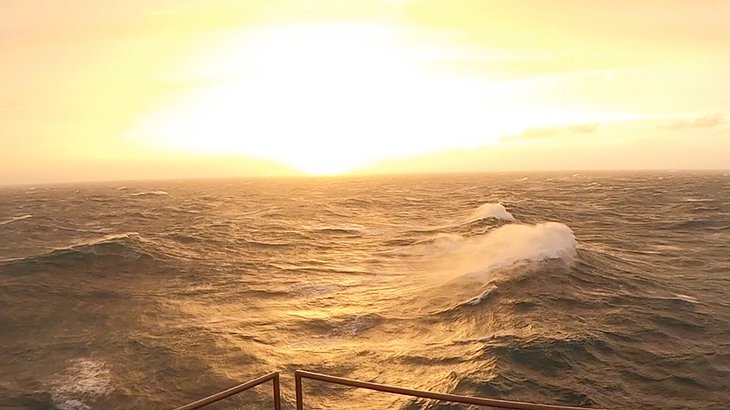 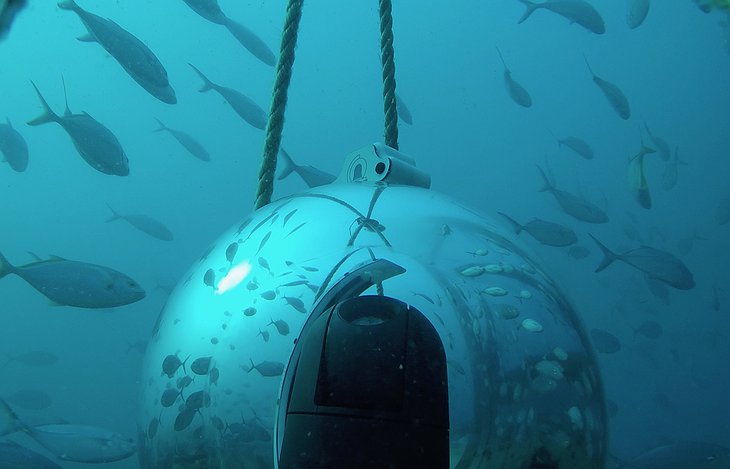