In 2007 they decided to open a luxury hotel, initially named TownHouse Galleria. Today, it's called the Galleria Vik Milano, and it features 89 uniquely designed rooms and suites and showcases a collection of art that reflects Milan's rich artistic heritage. 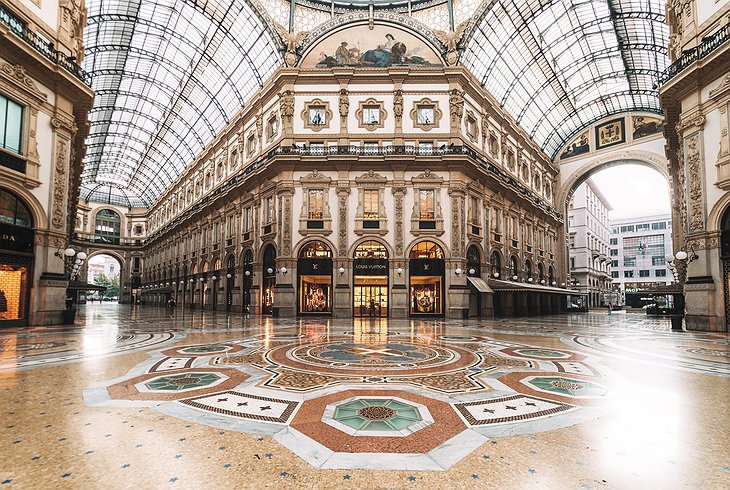 Galleria Vik's unique location opens up a new perspective on the Grande Dome – the visually unique octagon in the center of the building. 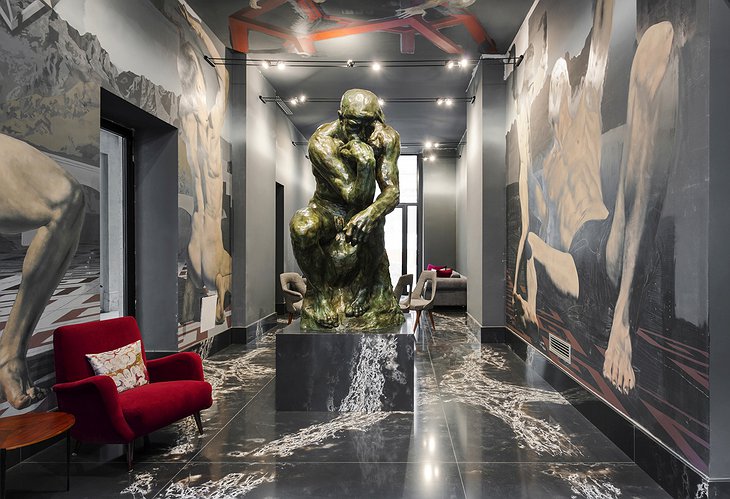 In addition, most suites have direct internal views of the Galleria via expansive windows and balconies. 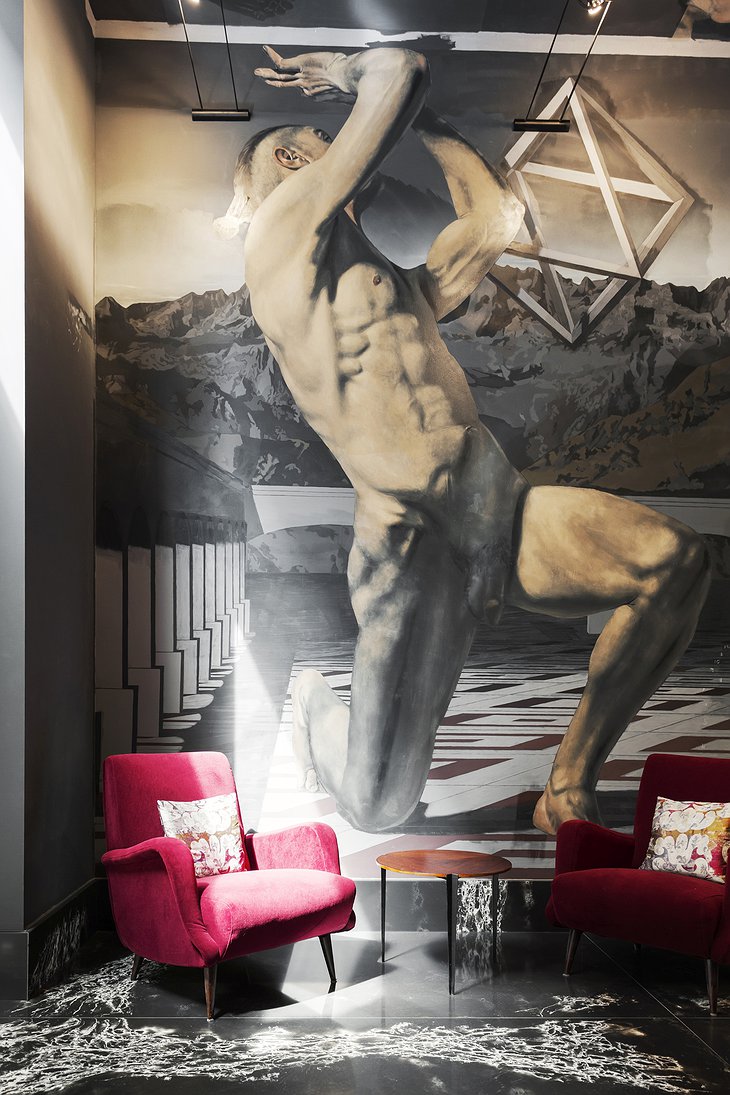 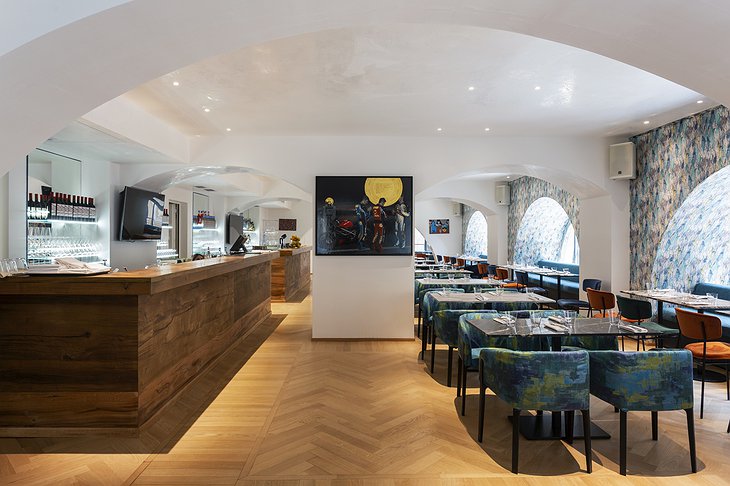 And it's not just the location that makes this hotel so special. A Geneva-based certification company, SGS, gave it a seven-star rating. 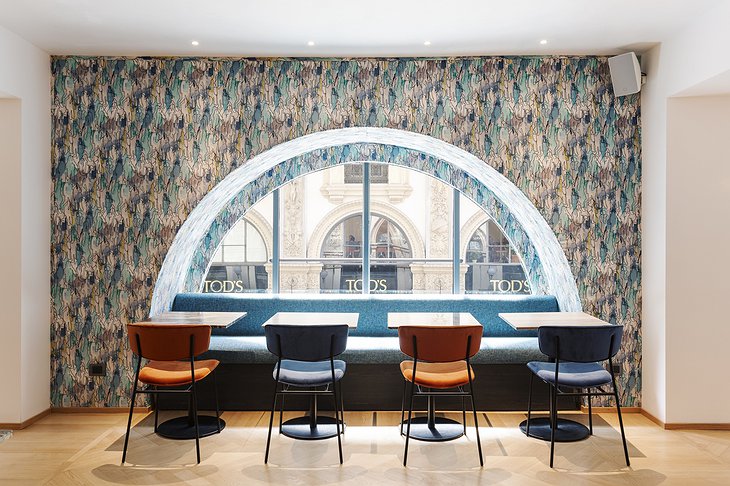 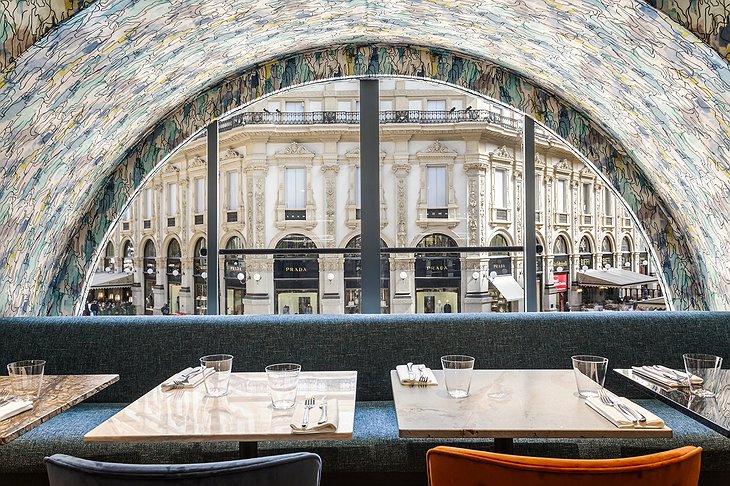 The rooms and suites are custom designed and decorated by over 40 international artists. As a result, each room has its unique and unmistakable style. 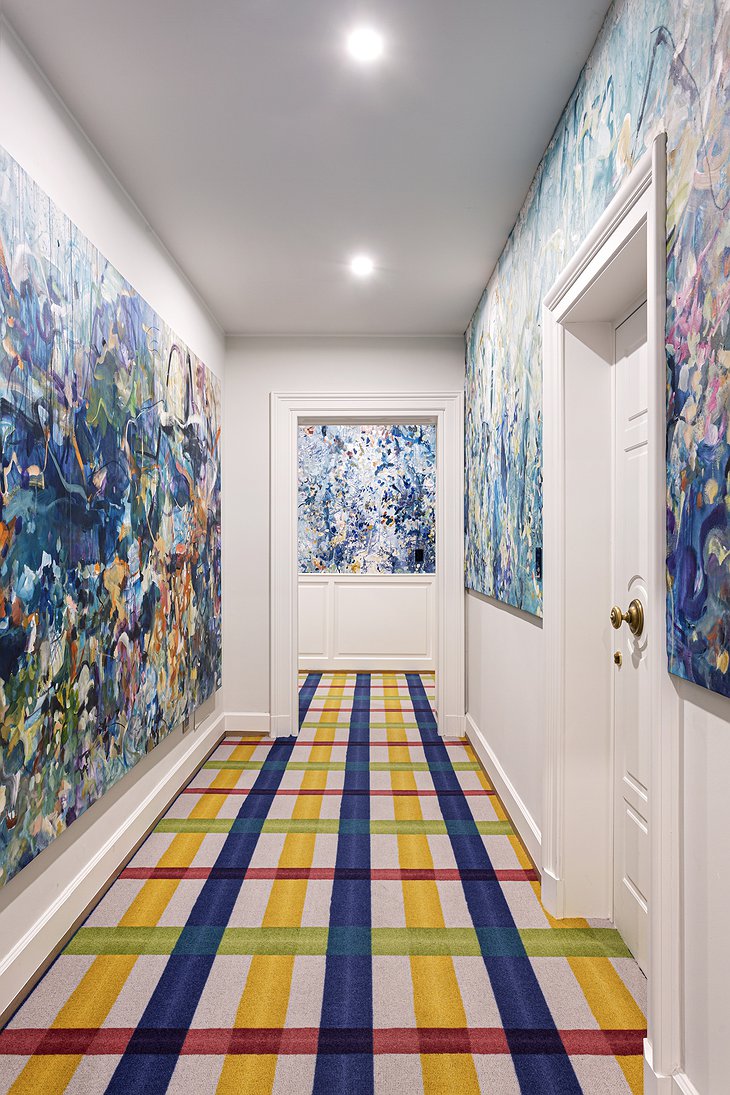 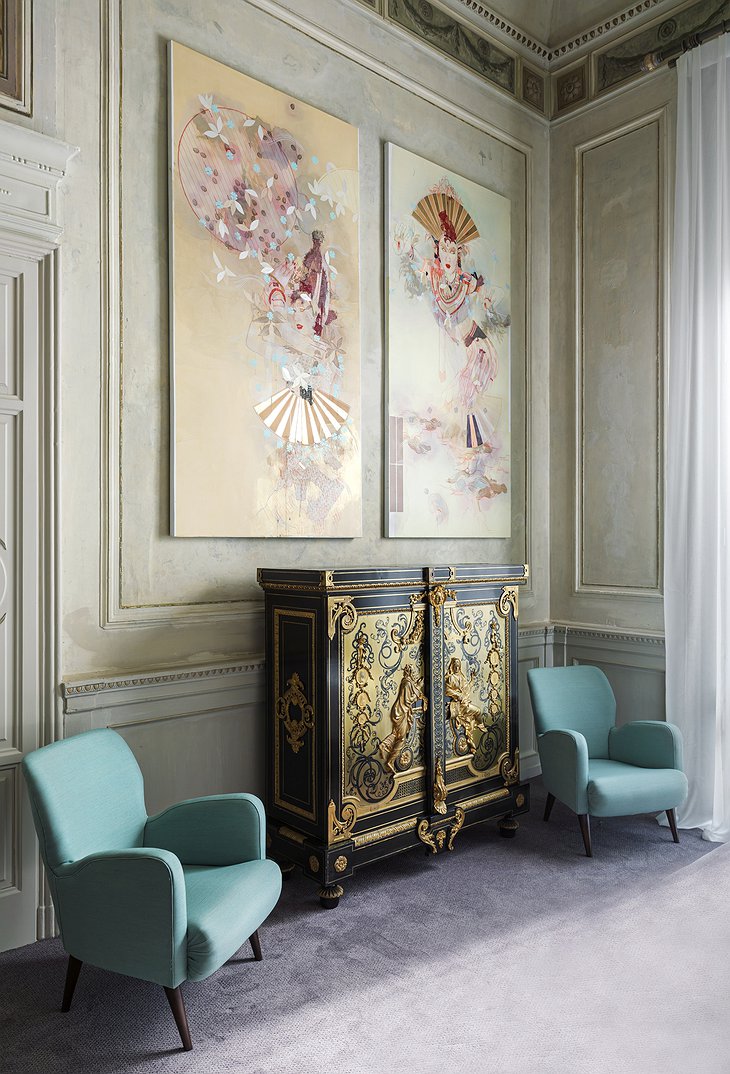 The walls are finished in stucco Veneziano, a luxurious Italian painting technique to make the surfaces pop. 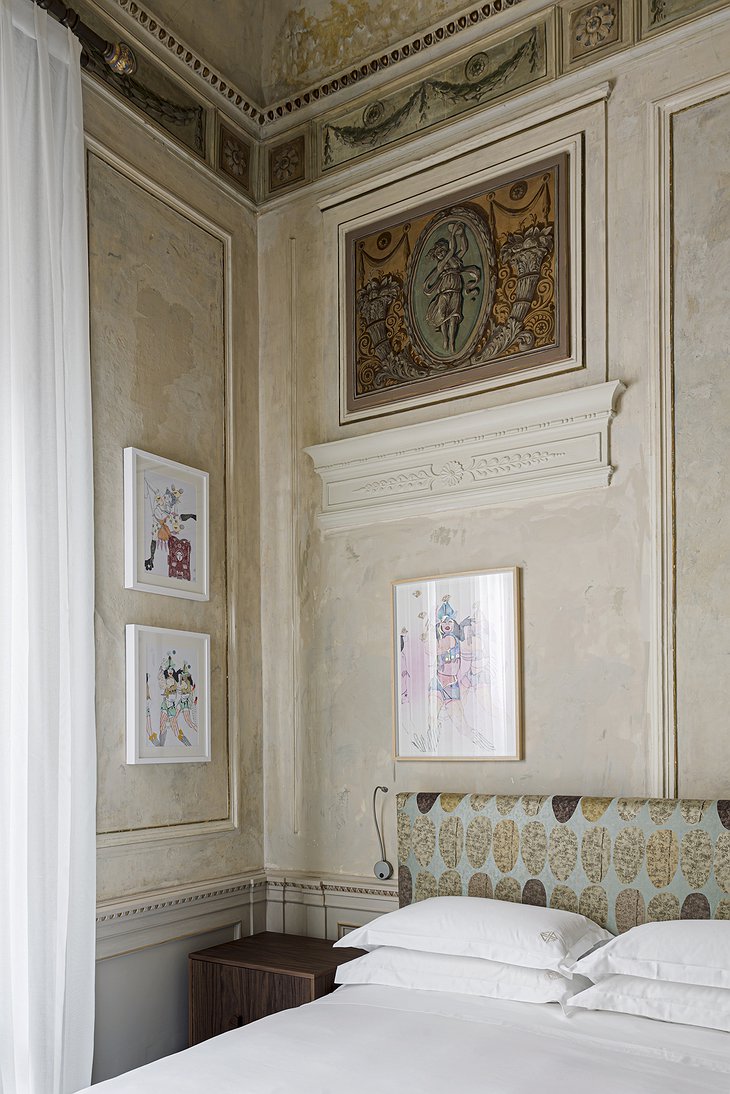 You'll love this if you are not keen on the plain-white walls. The different color variations, including the art pieces, complement the suite's design. Even the bathrooms feature art installations or some exceptional marble. 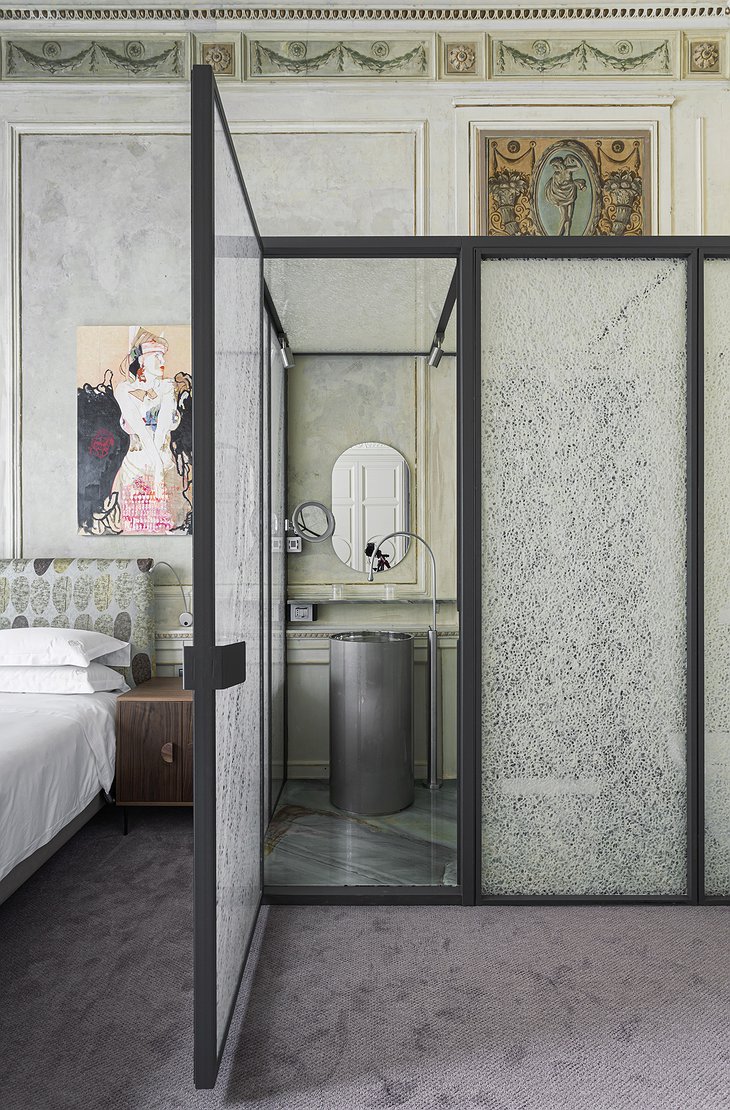 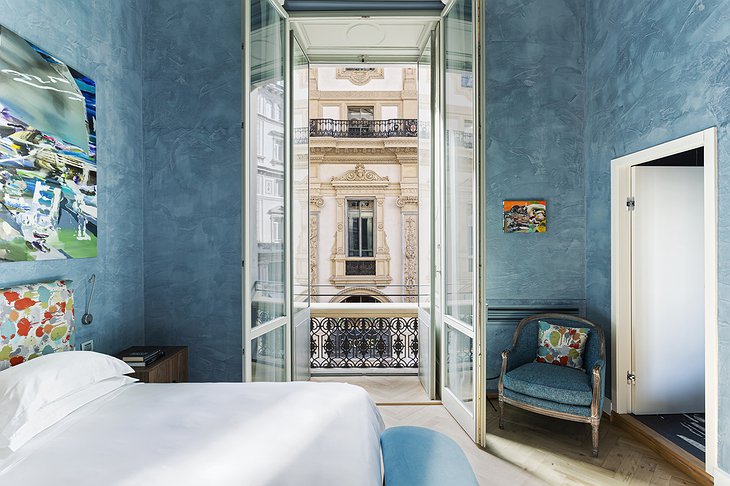 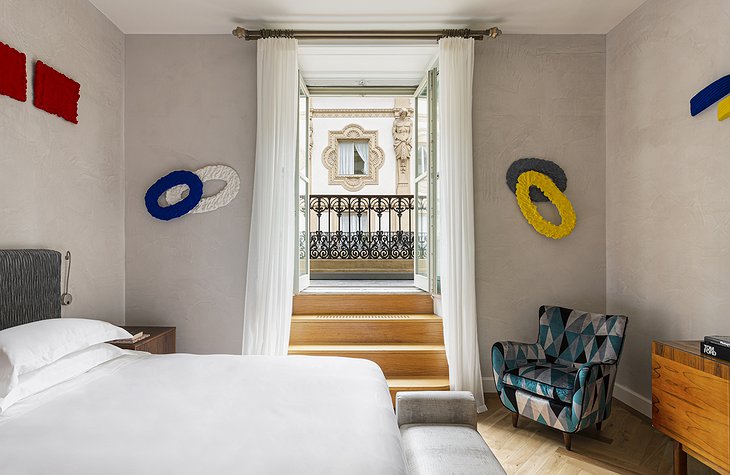 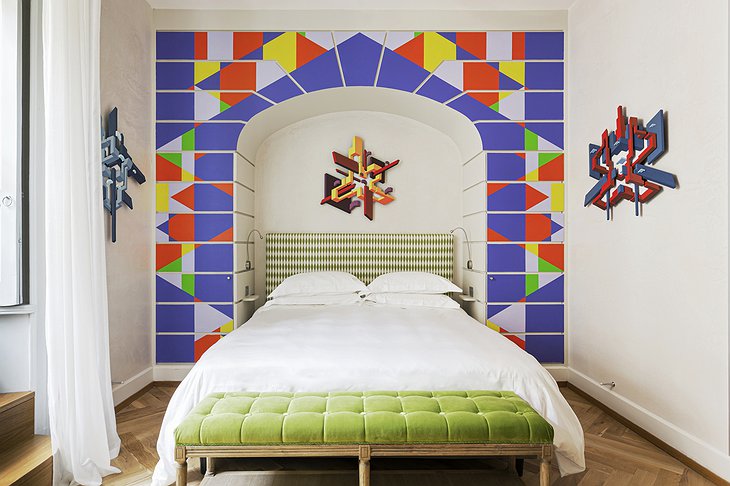 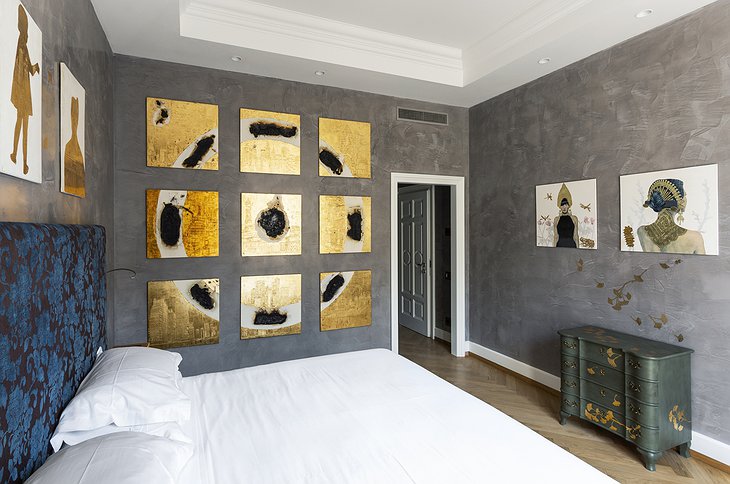 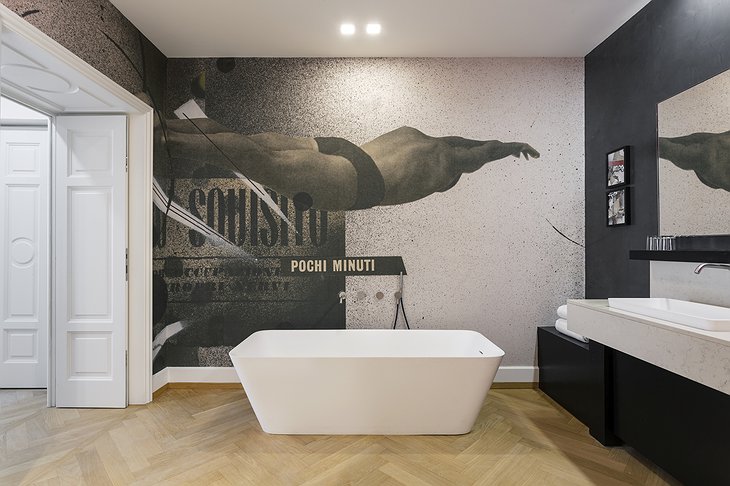 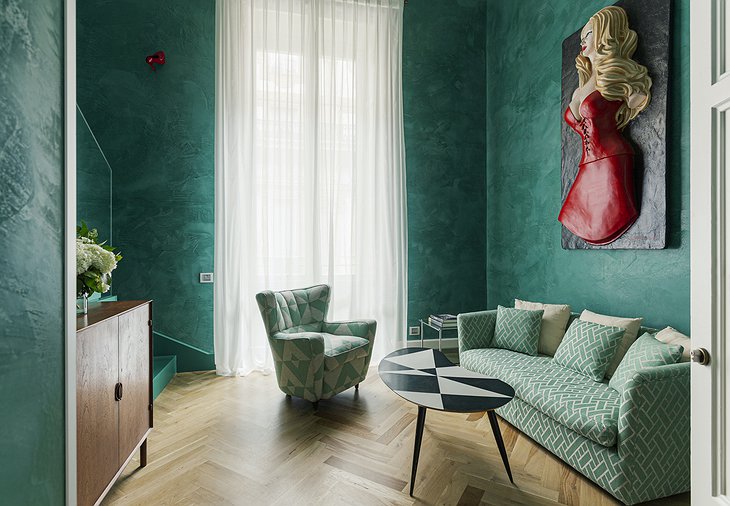 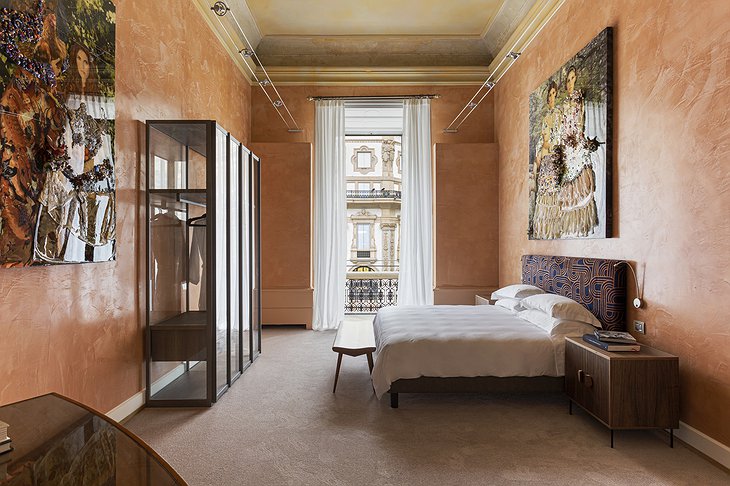 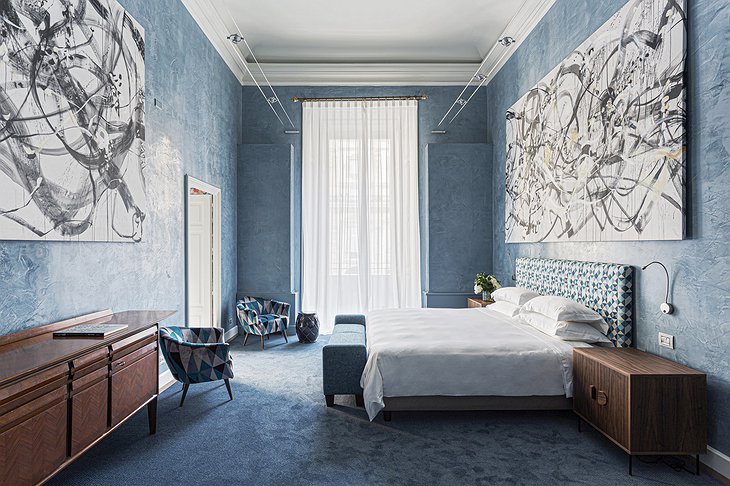 Galleria Vik Milano is essentially one of the most exclusive museums in Milan. The hotel is jam-packed with hand-painted murals, frescos, and an Italian and international art collection. In addition, the antique and contemporary furniture is, of course, hand-selected. 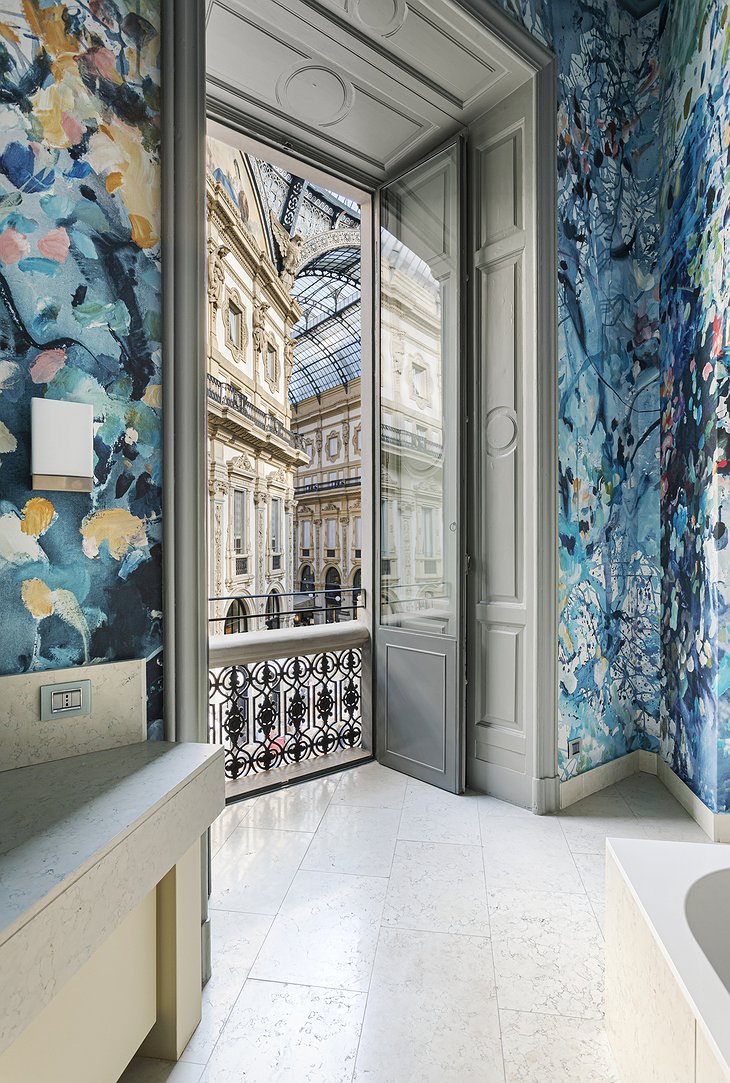 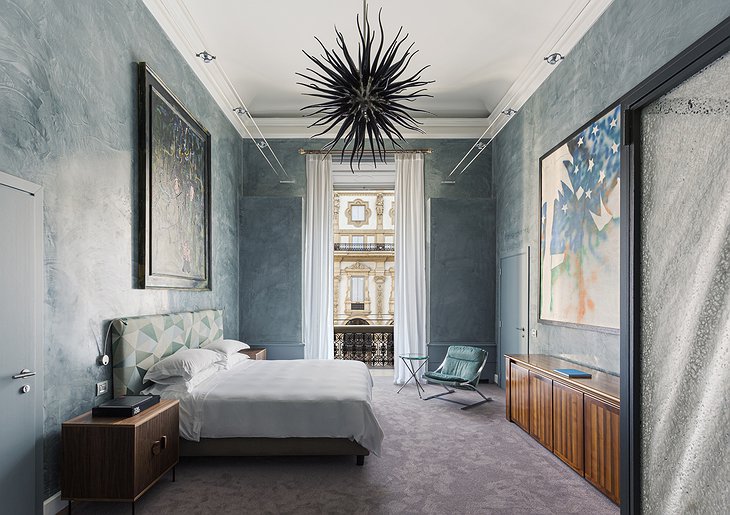 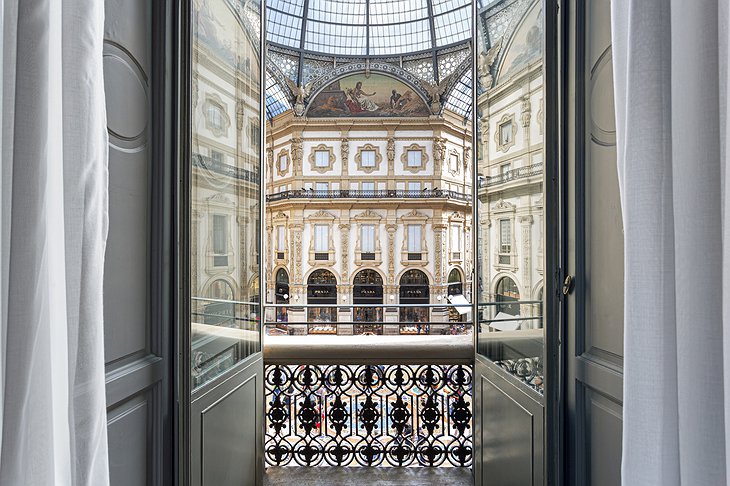 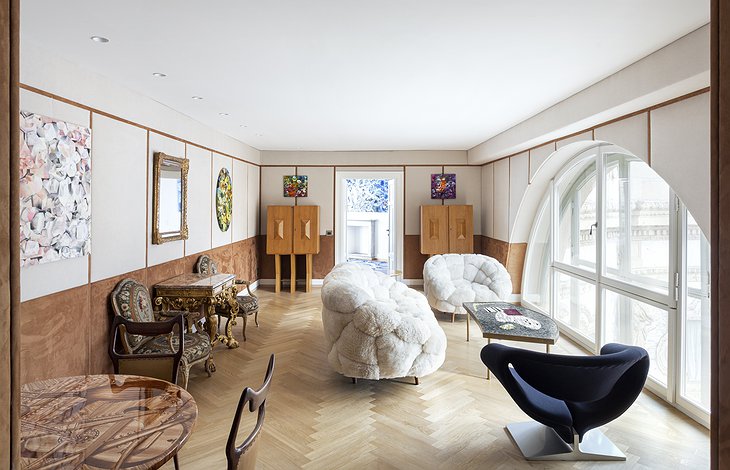 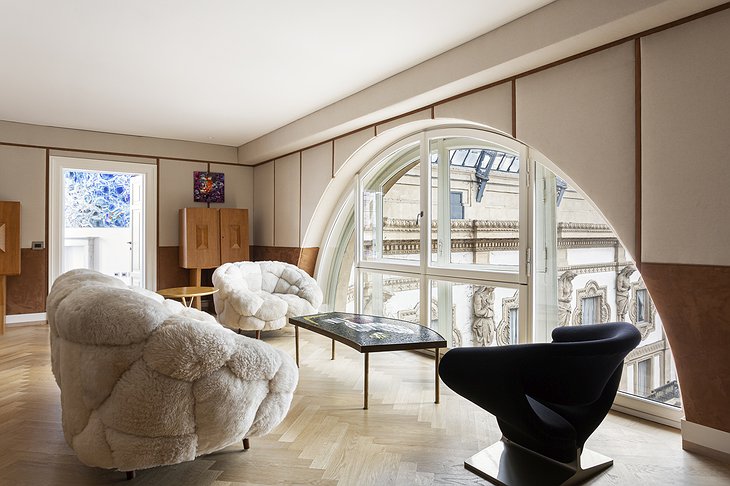 Galleria Vittoria Emanuele II hosts an array of high-end fashion brands. Milan's admired landmarks and attractions are steps away when you are done shopping. 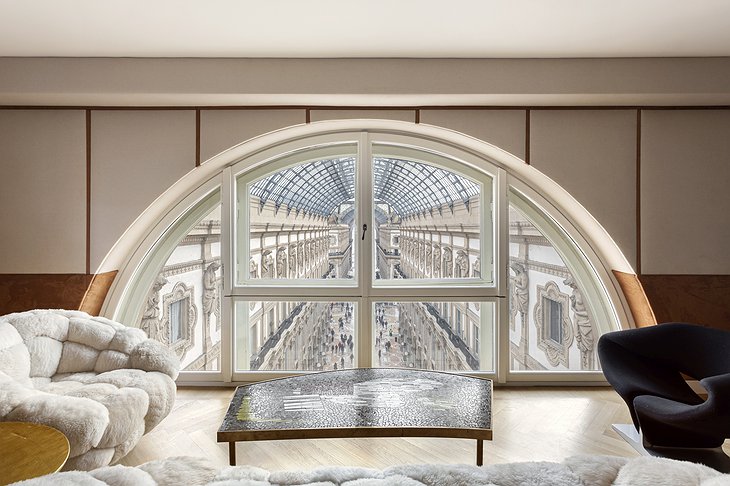 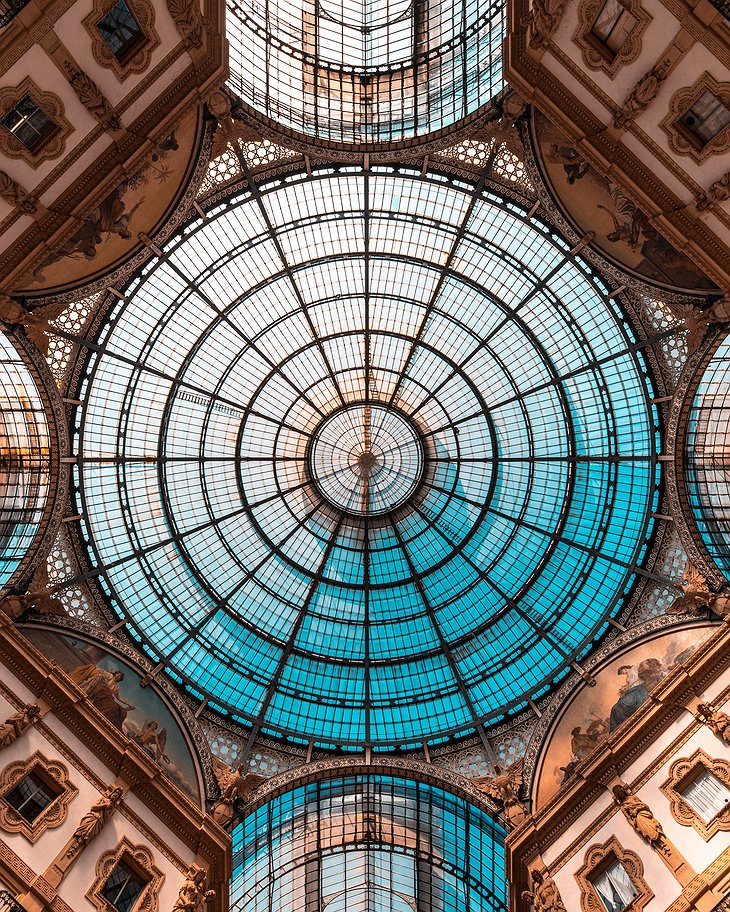 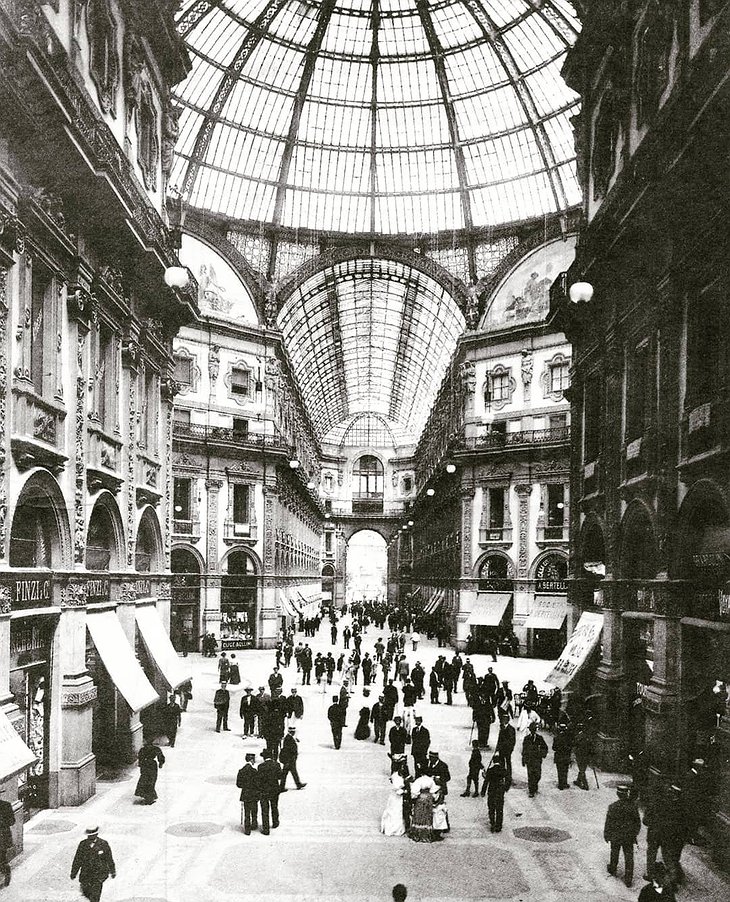