The Fairmont Le Chateau Frontenac is undeniably one of the most striking buildings of Québec City's famous skyline. The castle towers over the picturesque old town sitting high on a hill, and it was recently added to the prestigious UNESCO World Heritage List.

The castle is named after Louis de Buade, Count of Frontenac, governor of the area in the middle of the 17th century.

Since its completion in 1893, the castle has served as a hotel and offers views of the Old Town and the St. Lawrence River. The hotel's various restaurants serve delicious meals, from classic to local dishes.

Inside the castle, you can still see the governor's armor hanging on display at the entrance. The hotel has 610 rooms and has been completely restored over the years.

The castle became part of pop culture when it appeared in the "I Confess" (1953) film by Alfred Hitchcock.

Bruce Price designed the castle at the request of the Canadian Pacific Railway in the historicist style. 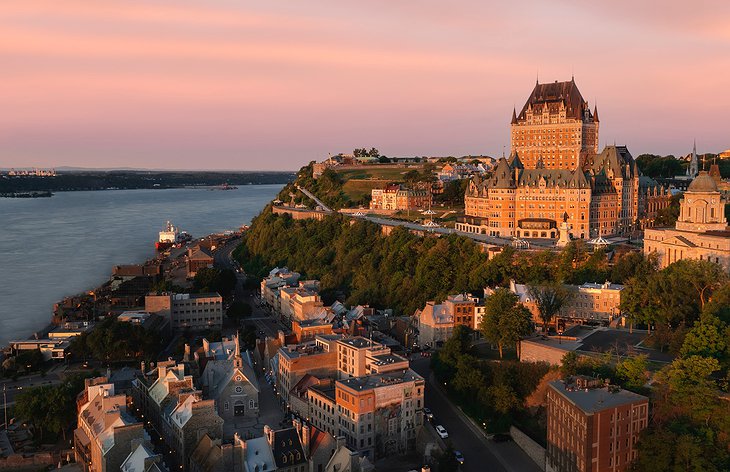 A trip to Old Québec is something extraordinary. The fortified city is adorned with historical landmarks dating to the 17th century and is on the UNESCO World Heritage List.

For local art, you can visit the Citadel atop Cap Diamant, the picturesque square Place d'Armes, and the open-air gallery Rue du Trésor.

The small narrow streets, the colored roofs, the old citadel, and the boardwalk are some of the highlights the city has to offer. Quebec is the only city in the continent of North America that still has a fully preserved city wall. 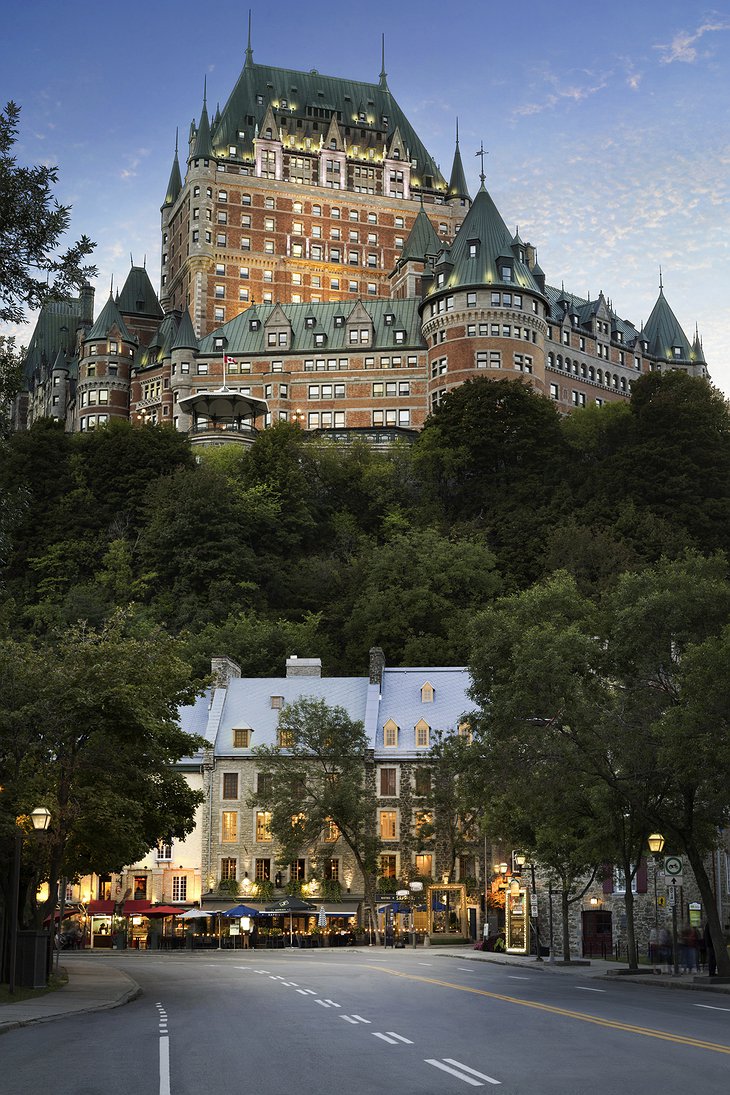 Château Frontenac underwent several transformations, and the most important was the addition of a tower in 1926. 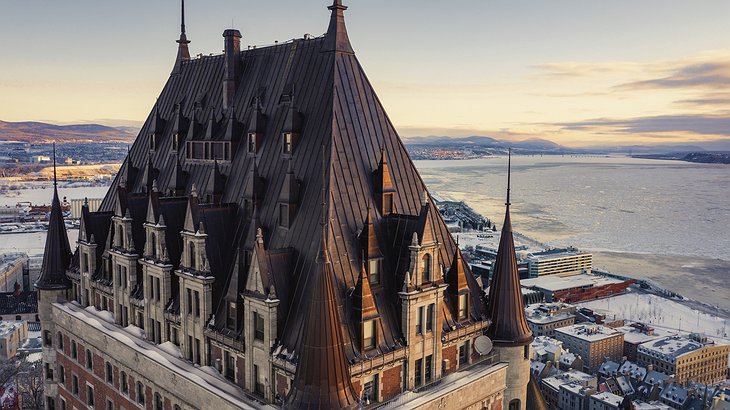 Fairmont Le Château Frontenac is the most famous and iconic hotel in Quebec City. This beautiful hotel, with the appearance of a castle, gives Quebec City a recognizable skyline.

The historic building is claimed to be the world's most photographed hotel. 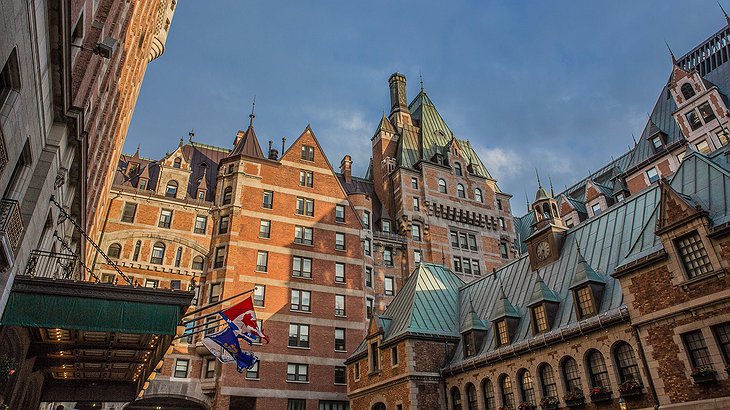 Château Frontenac has belonged to the Fairmont Hotels and Resorts hotel chain since 2001 and is one of Canada's most exclusive and luxurious hotels. 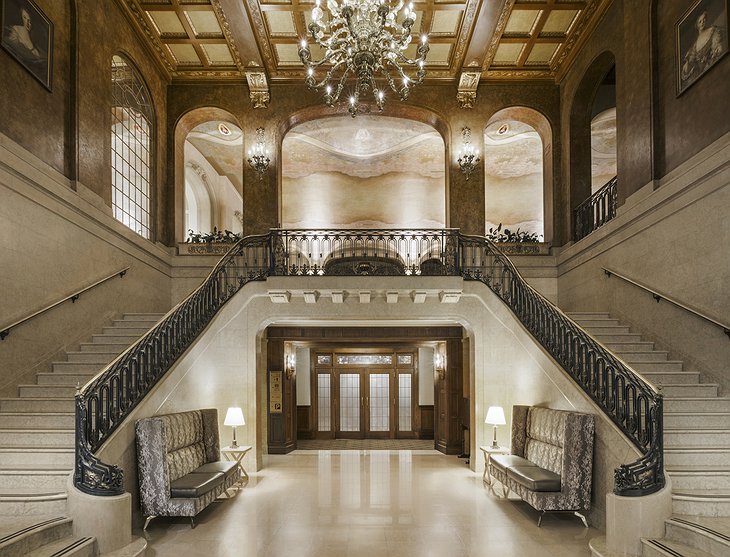 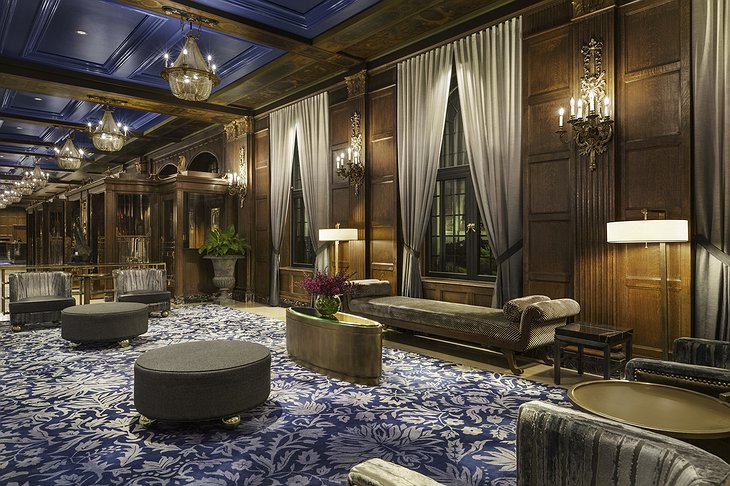 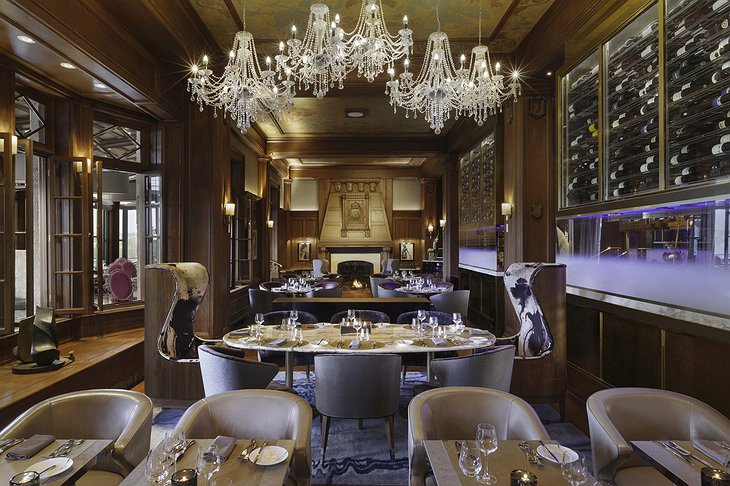 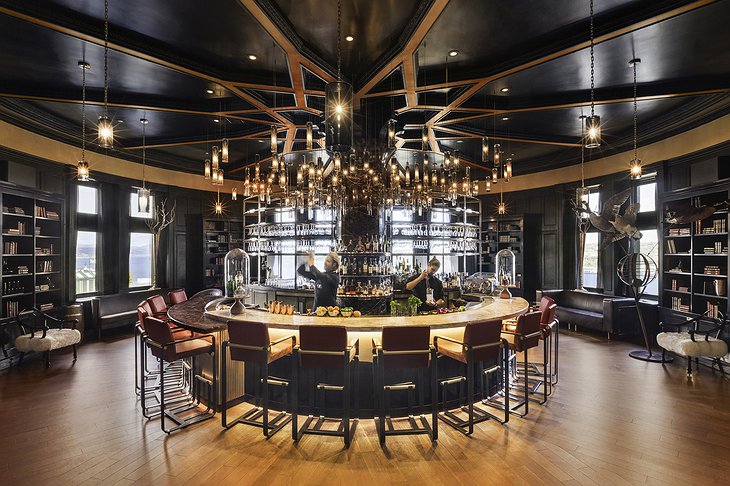 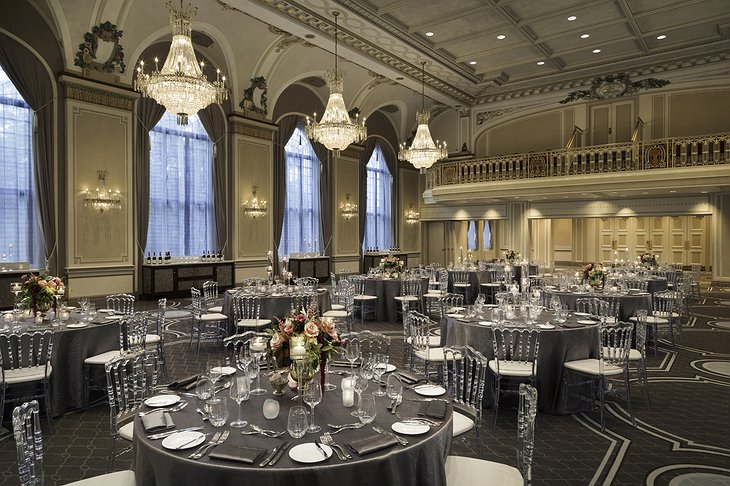 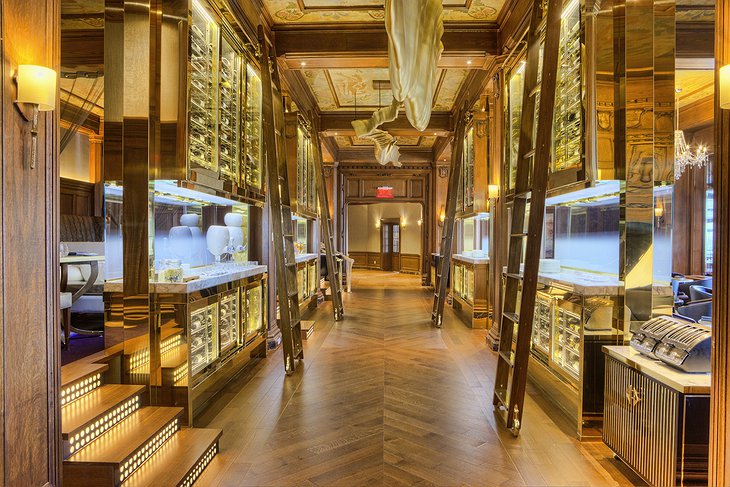 This castle hotel has a real ghostly story. Rumor has it that the Governor General of New France, Lois de Buade, died in 1698 of heartbreak over his wife, who moved to Paris.

Three hundred years later, guests at Château Frontenac claimed to see the governor wandering around the castle searching for his wife. 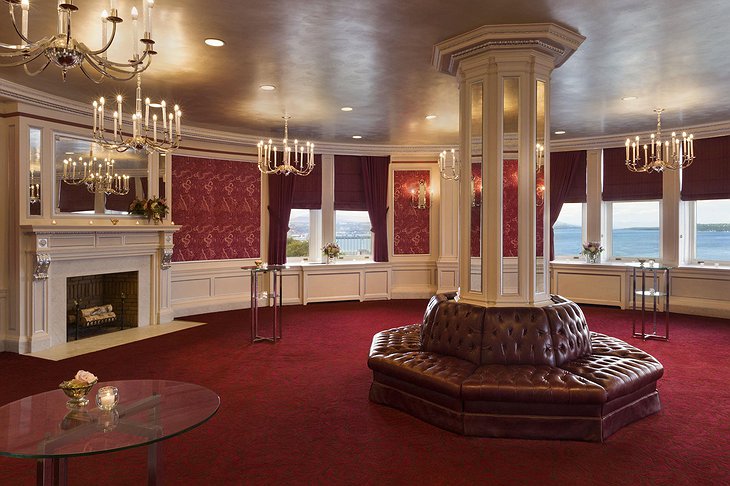 The vast interior is connected by a labyrinth of corridors, with a total length of 7 miles (12 km). 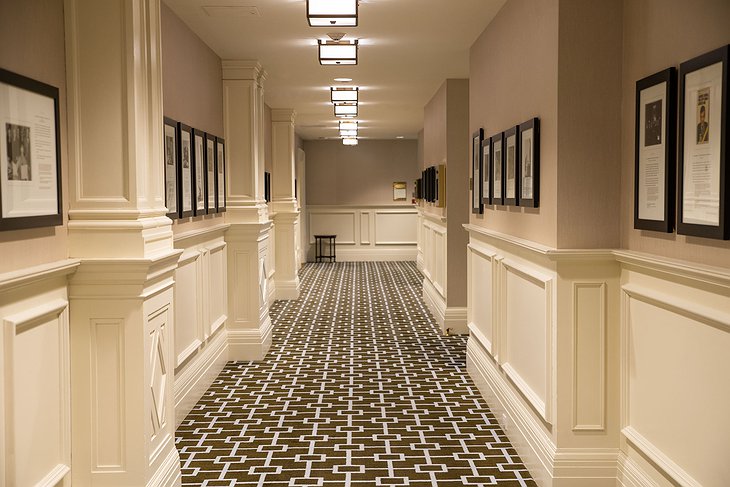 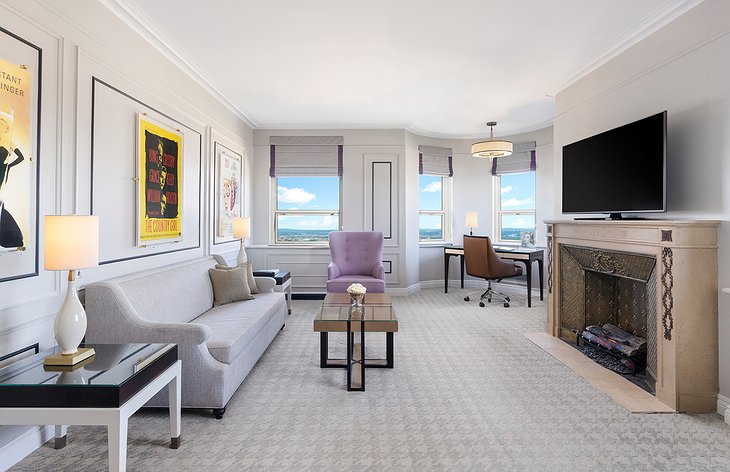 All 610 guestrooms are different, but what they have in common is the timelessly elegant design reminiscent of historic Europe. 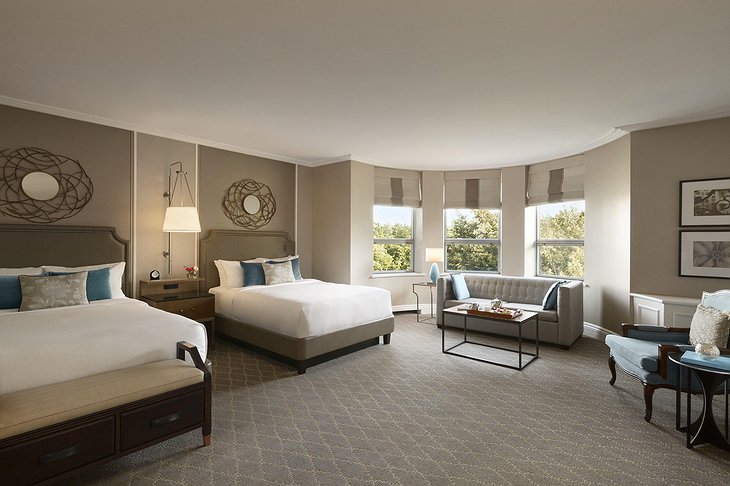 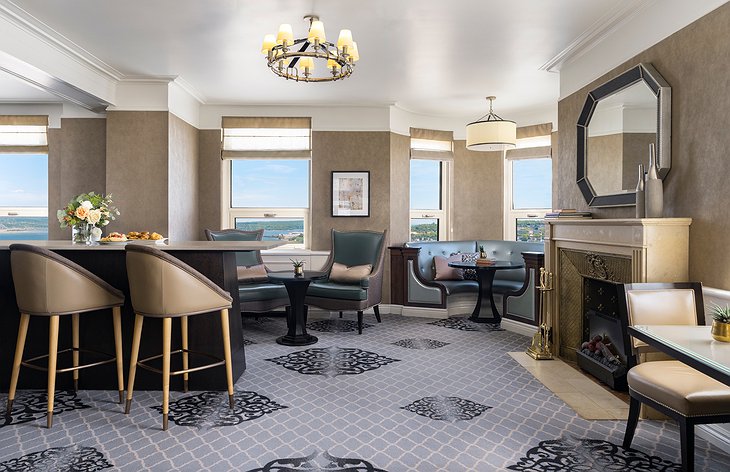 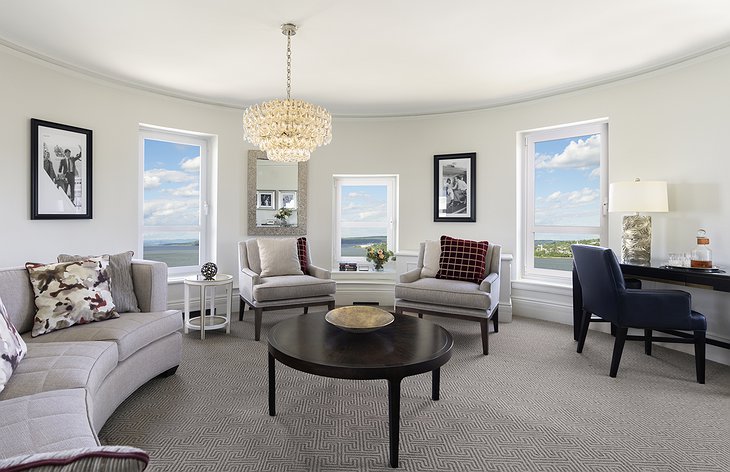 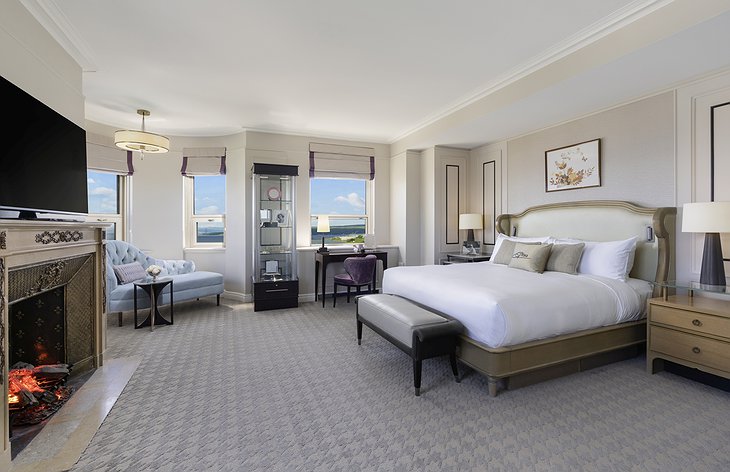 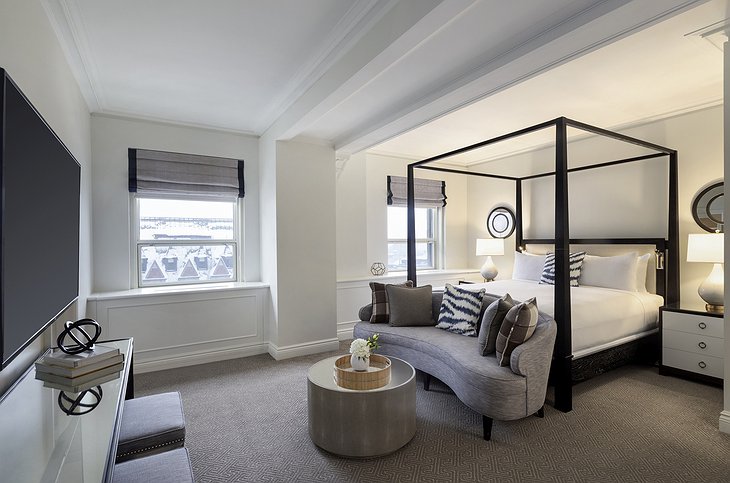 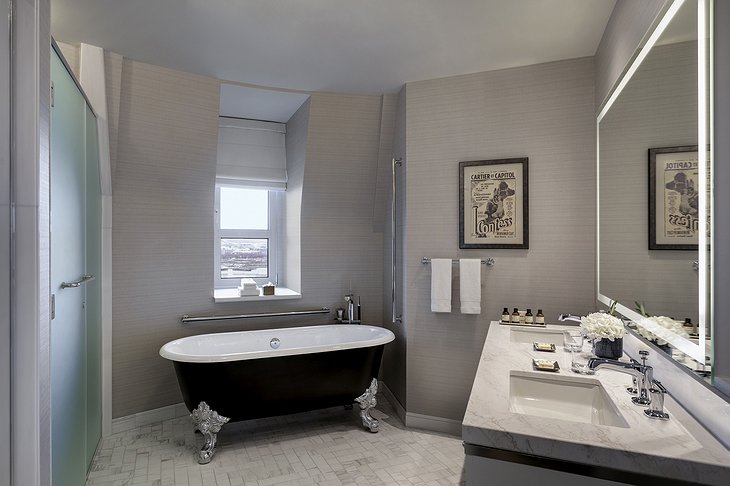 The elegant spa at Chateau Frontenac combines old traditions and modernity. The spa is centrally located in the hotel with fantastic views of the majestic Saint Lawrence River. 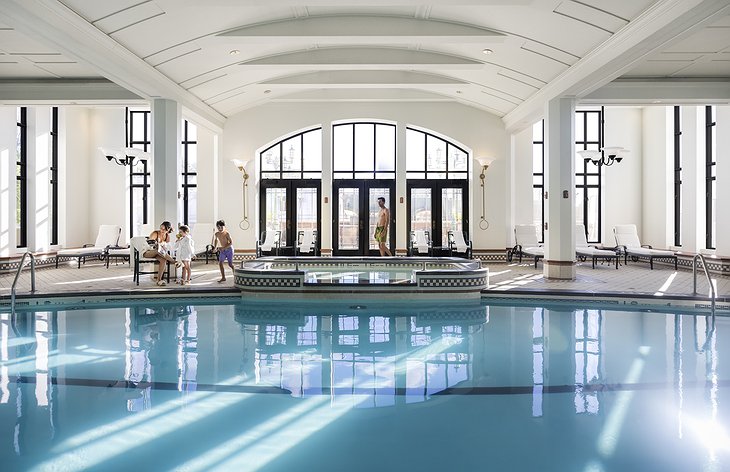