This hotel was built by the Serbian Tim Burton, Emir Kusturica, and is based on his film Life is Miracle. Everything is constructed from wood mixing traditional with modern styles. The famous director still lives there with his family in the large main house.

The design was set to recreate a traditional Serbian village except all the streets are named after famous directors. So you can have the quirky experience of passing an old woman collecting wood in the traditional way on George Lucas Street. You can stay in one of the guestrooms and make use of the gym and indoor swimming pool or you can choose one of the traditional huts which have been converted with all the modern touches. In keeping the fascinations of the owner, there is a cinema in the basement of the large house and an annual film festival at the hotel. There is also a gallery displaying work from some of Serbia’s absurdly talented art community.

The old Mecavnik village is attractive and the countryside is deep. Nearby is Tara National Park and you can take tours there to see the amazing hills and lakes of Eastern Europe. 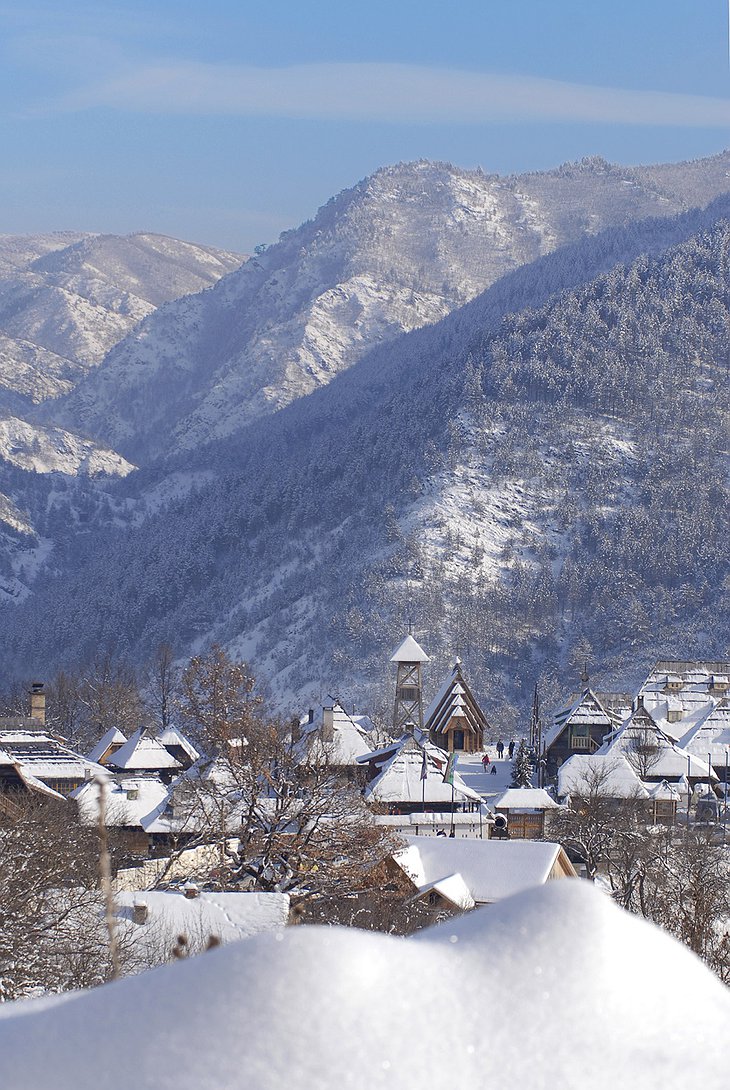 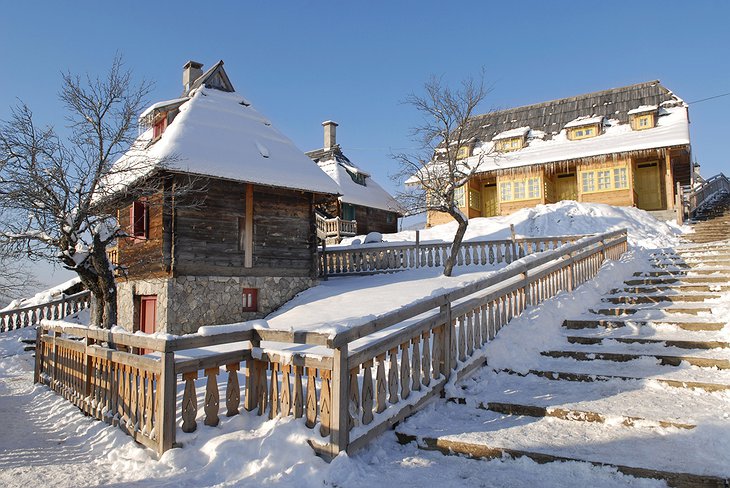 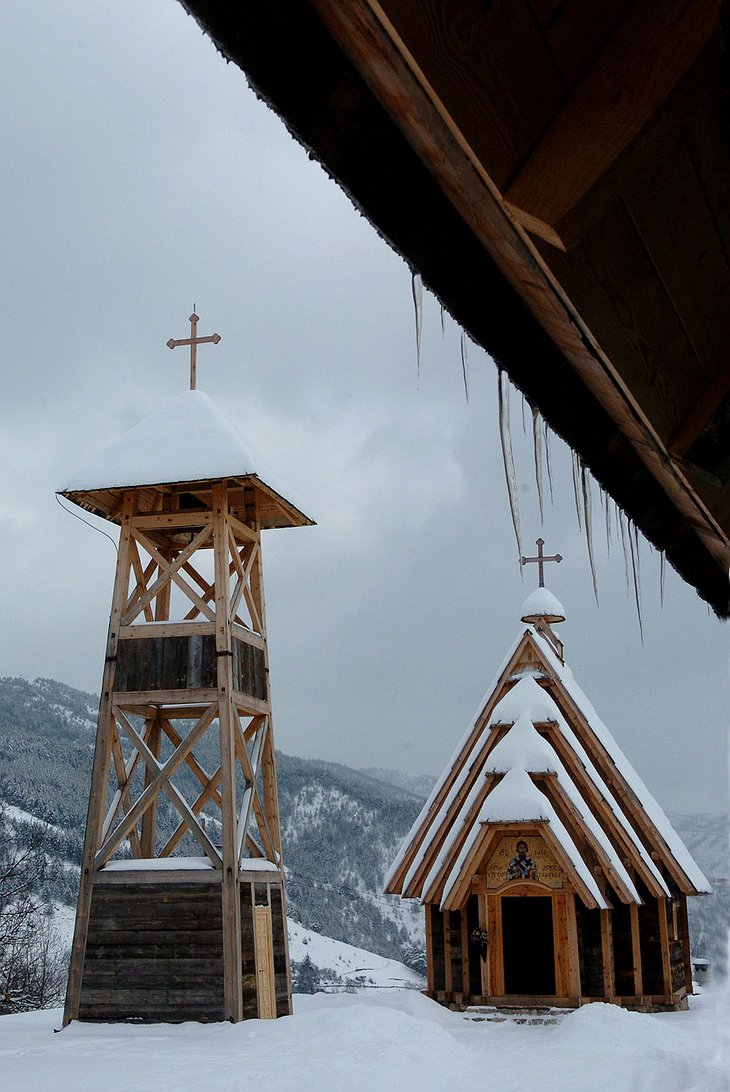 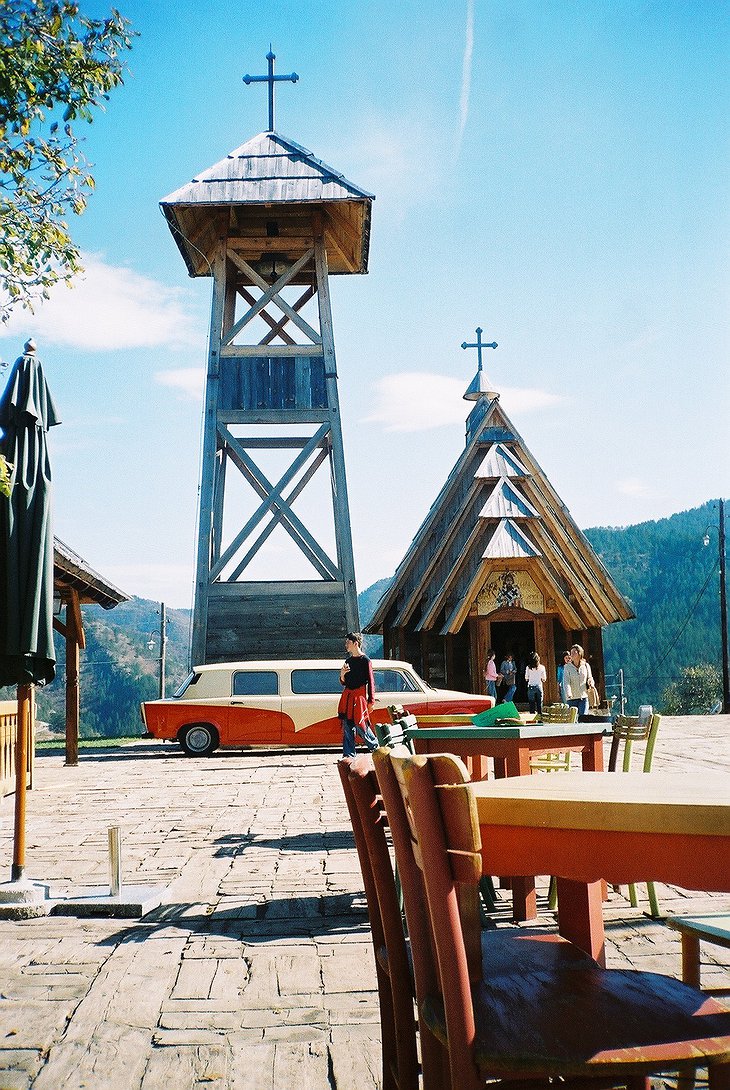 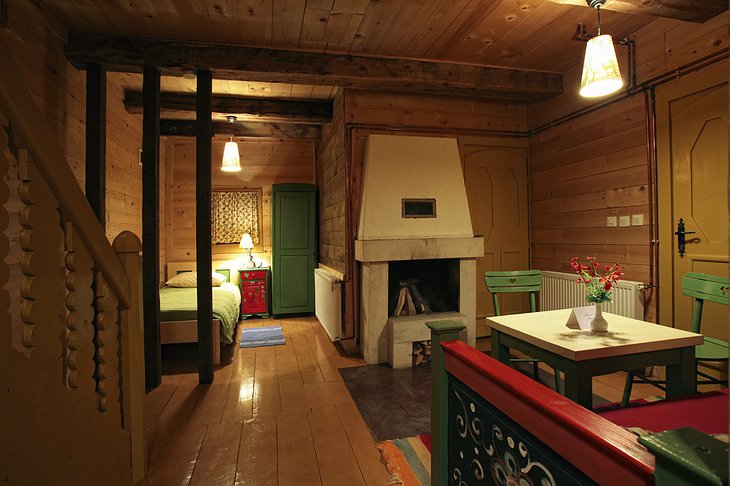 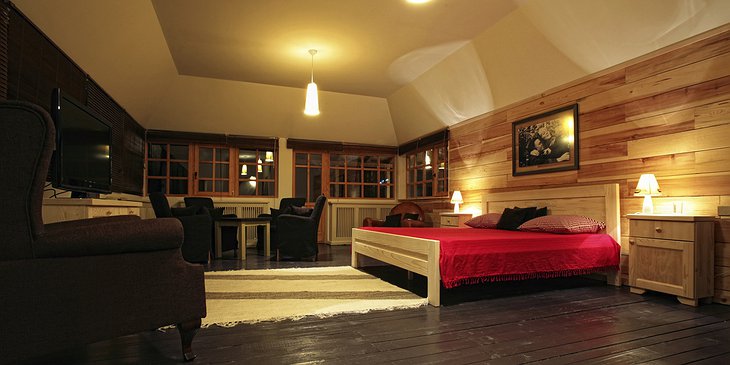 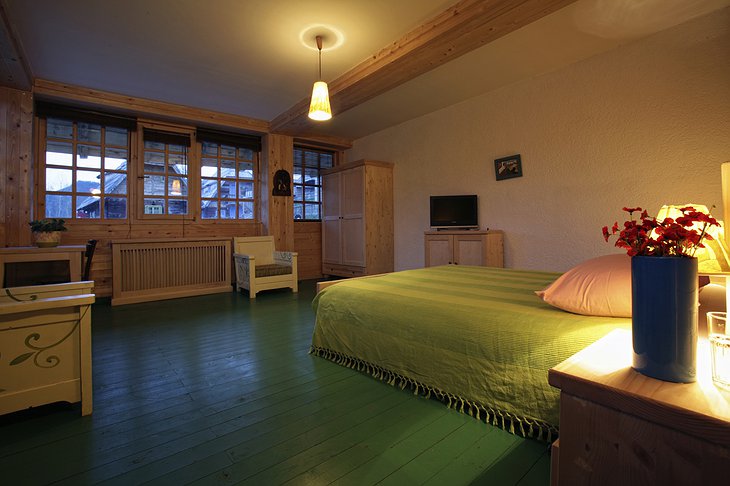 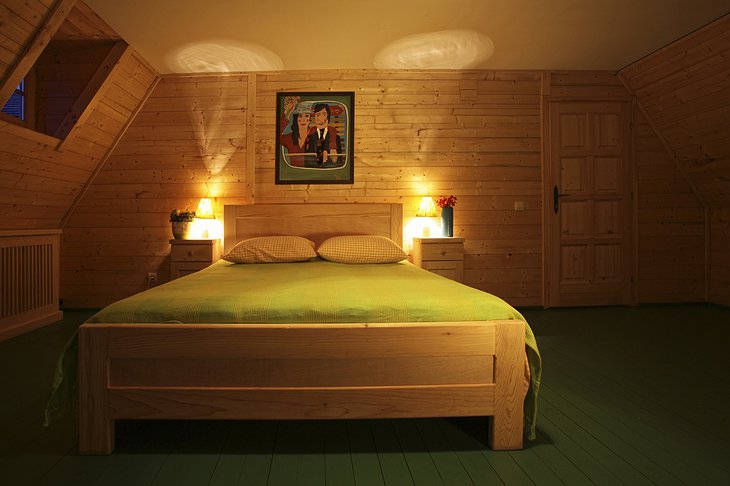 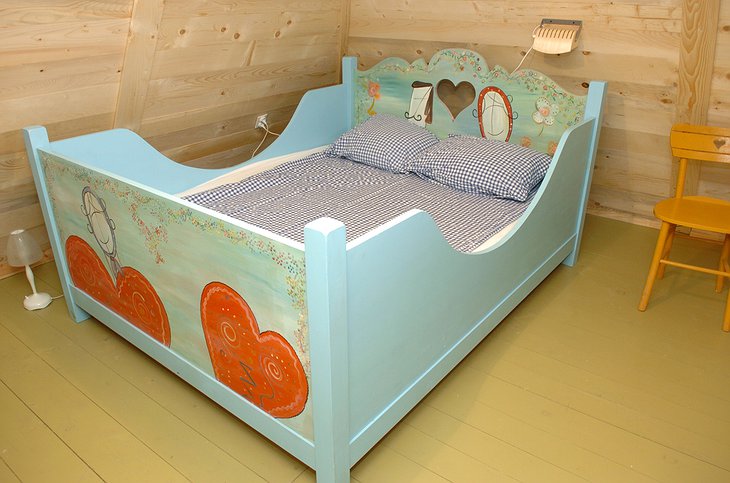