The Plaza is one of New York's most iconic hotels that opened over a hundred years ago on October 1, 1907. It proudly sits on the corner of Fifth Avenue and 59th street at the Southern edge of Central Park.

The front-row seat to one of the most famous parks in the world and the hotel's stately architecture made it very popular.

For over a century, the hotel was frequented by the créme de la créme. It has been the hosting platform of social events for world and industry leaders, royalties, and legendary artists. 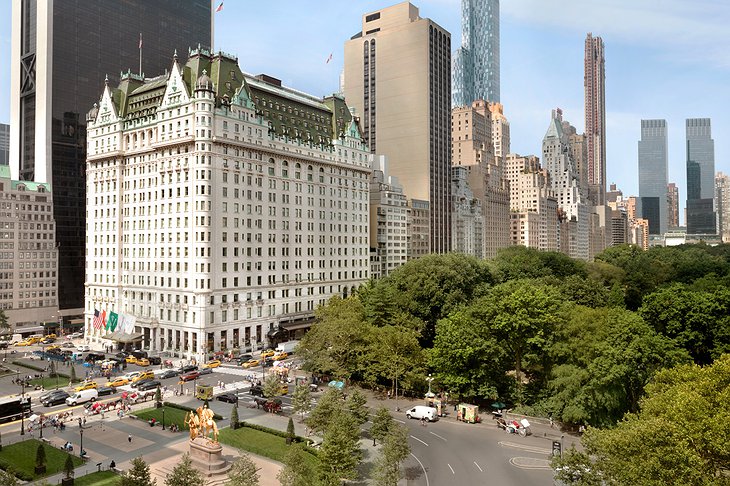 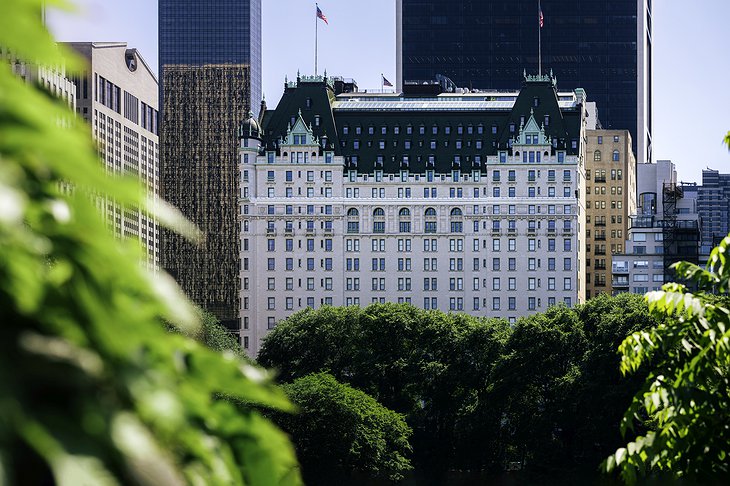 During its peak, the Plaza hotel had 800 rooms, but after an extensive and luxurious renovation in 2008, the number was reduced to 282 guest rooms and 181 condominiums. 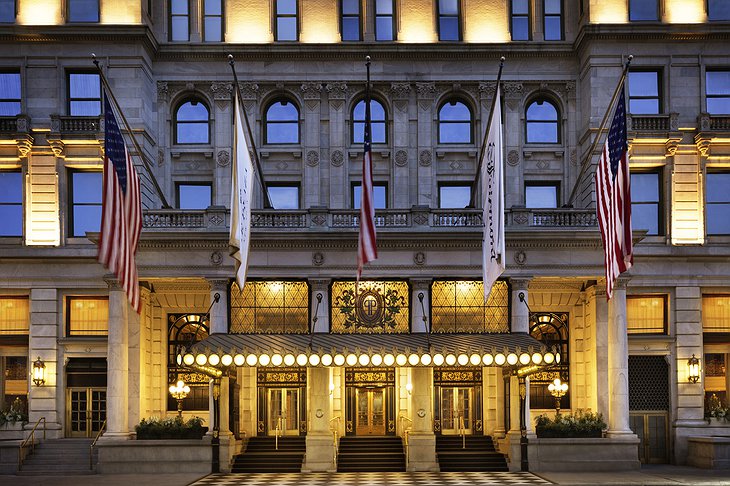 The Palm Court is the hotel's traditional tea room and the centerpiece of the ground floor. It was inspired by the short-lived but majestic Carlton Hotel in London that closed after it was partially destroyed during world war 2.

The Palm Court is not just some made-up name - there are four beautiful grown palm trees. Marble, brass, chandeliers, and a stunning stained glass ceiling decorate the elegant space. 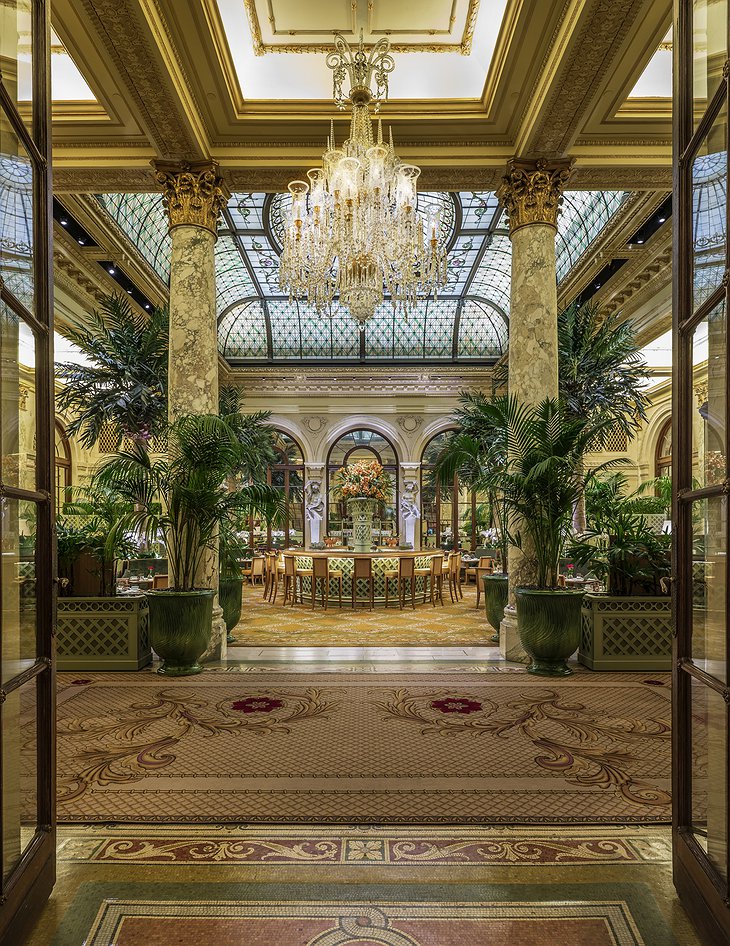 The Champagne Bar overlooks Fifth Avenue and The Pulitzer Fountain, and in this sophisticated environment, you can have breakfast or enjoy some handcrafted cocktails. 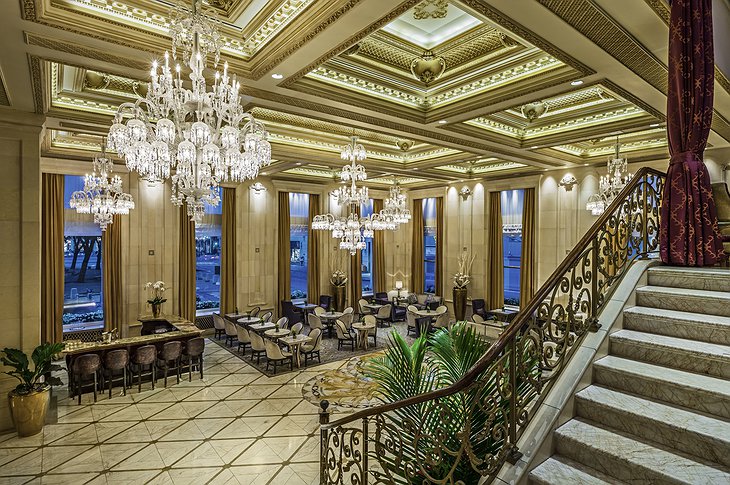 The former president played a small part in Home Alone 2. Trump's cameo was a scene where Kevin asked him for directions in the Plaza's lobby.

Rumors say Donald Trump only agreed to film Home Alone 2 in his (at the time) hotel if he played a minor role. 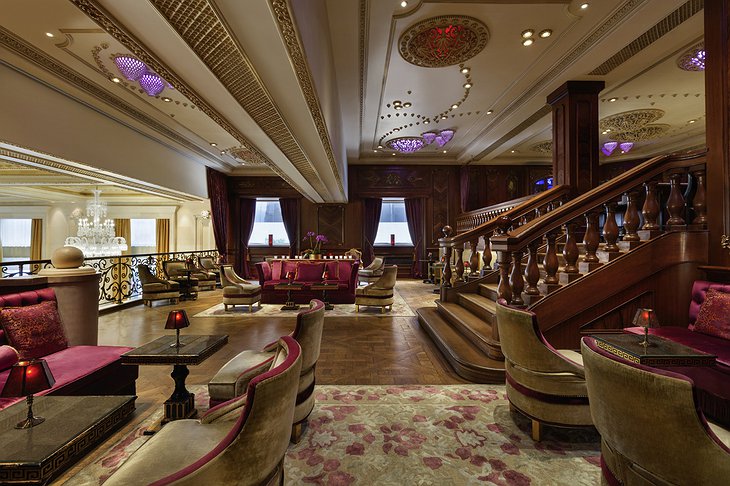 The Plaza is famous for allowing some of Hollywood's best directors to use its premises for blockbuster movies.

Home Alone's sequel, "Lost in New York" came out in 1992 and was an instant hit. As usual, Kevin messes up, but this time instead of oversleeping, he takes the wrong flight and ends up in the bit city.

As a clever kid, he heads to one of New York's best hotels and uses his dad's credit card to check in to the luxurious Suite 411.

The Plaza Hotel offers a special Home Alone experience package so you can pretend to be a lost kid with access to daddy's unlimited credit card.

In reality, you will pay for everything, of course. But let's not take away from the fun with mere financials, as Kevin's brother, Buzz, did when he found the Plaza's invoice.

Kevin ended up spending $967.43 on room service. Mostly on desserts, like cakes and ice cream. 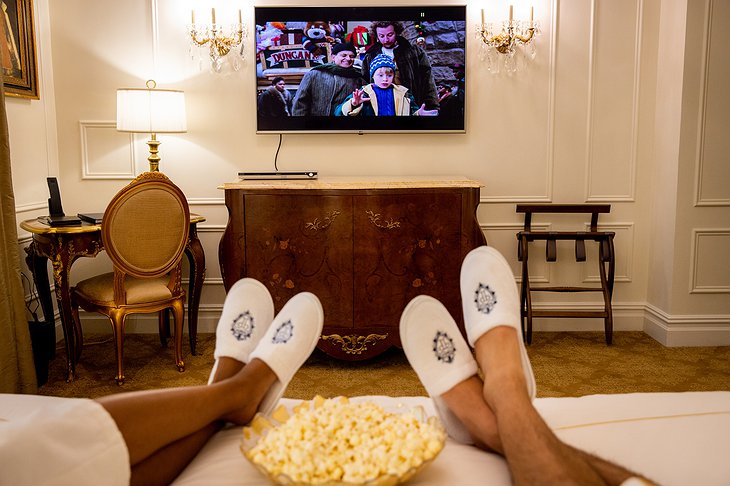 The package also includes a four-hour-long limo ride around New York to showcase filming locations while you chew on a large cheese pizza - just the way Kevin likes it. 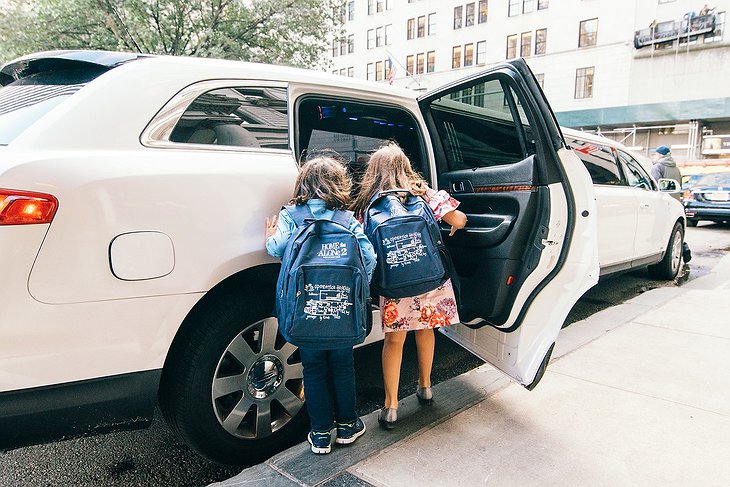 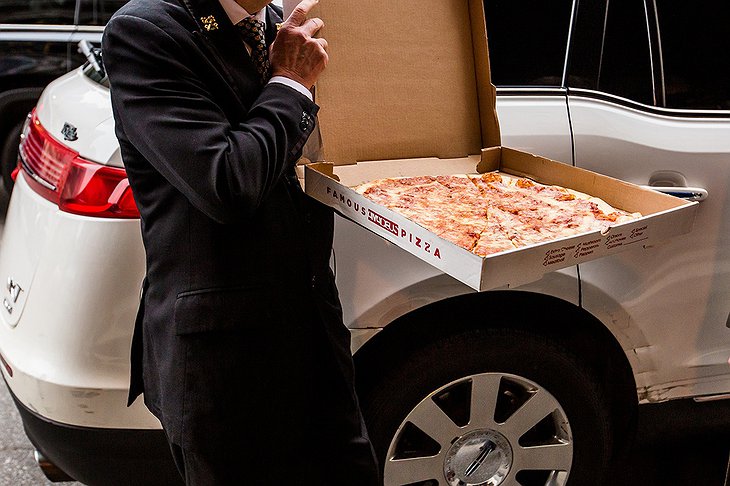 Betsey Johnson is a world-famed designer responsible for creating this wildly creative pink suite. Zebra carpets, cute bean bags, and many toys decorate the playful room dedicated to the children of the top one percent.

No time for the kids? No problem. You can book Eloise Suite together with the adjacent Nanny Suite. 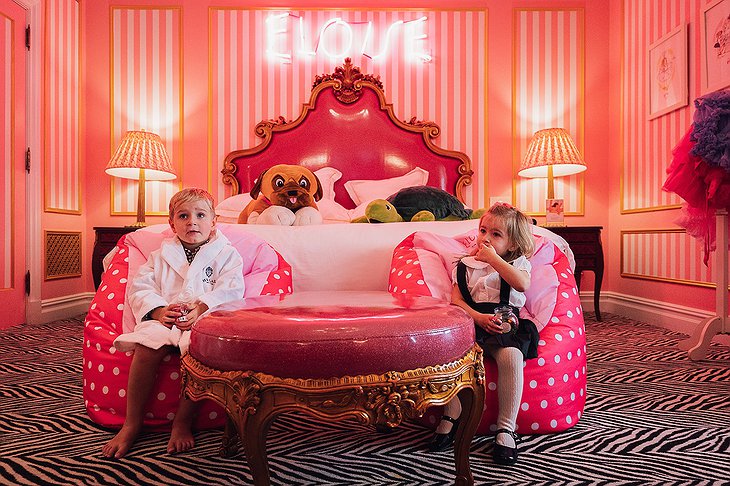 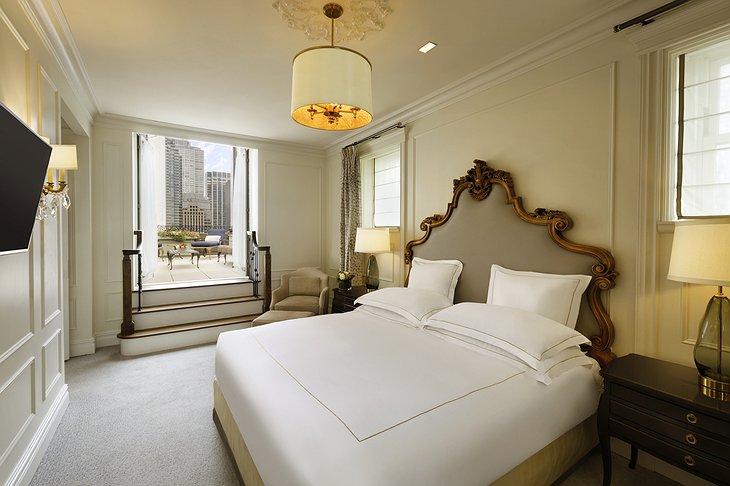 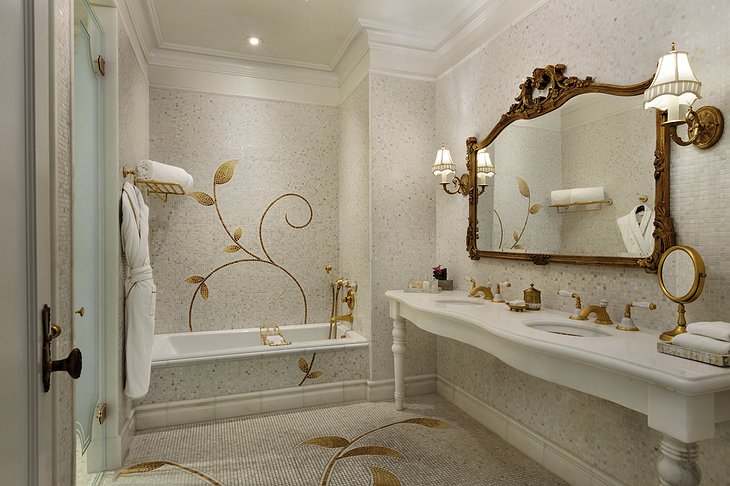 The Plaza is no short of spectacular rooms and suites. One of the most extravagant suites was designed by Catherine Martin, who is an oscar winner production and costume designer.

The Penthouse One Bedroom Suite King is a two-level indoor villa on the 20th penthouse floor. 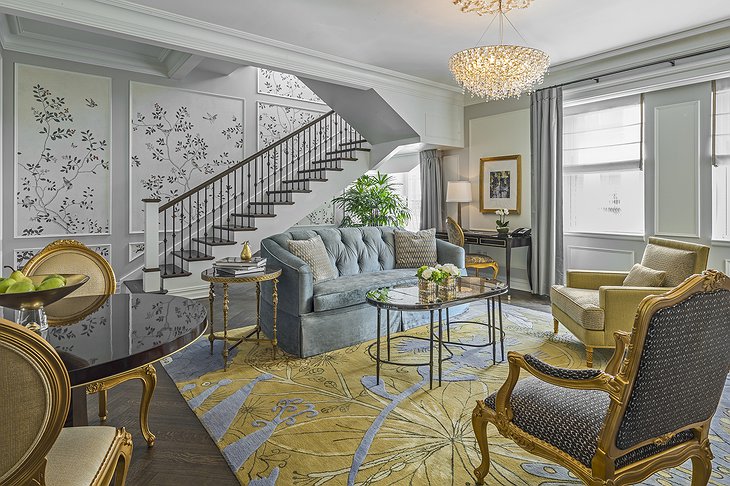 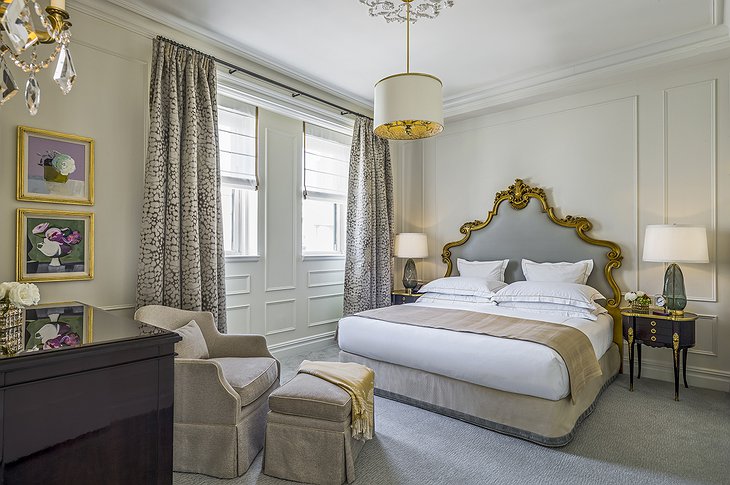 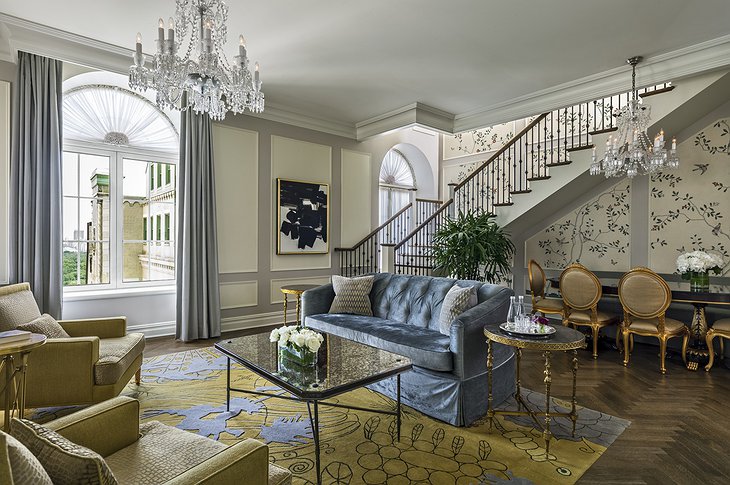 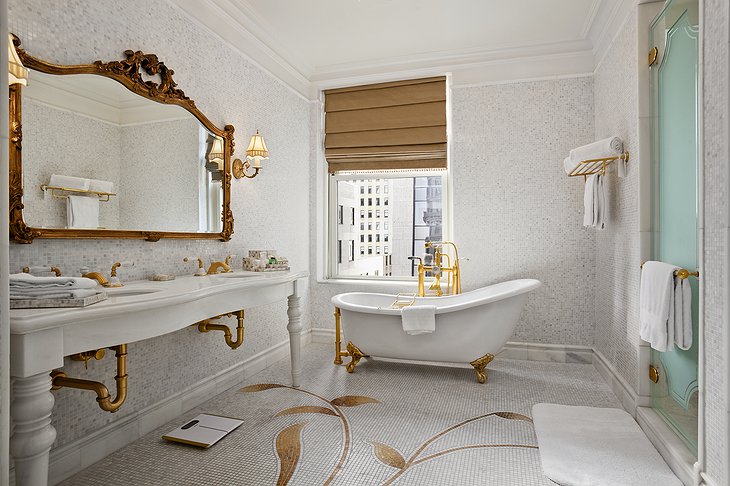 The Carnegie Suite has two bedrooms and a partial view of Central Park. 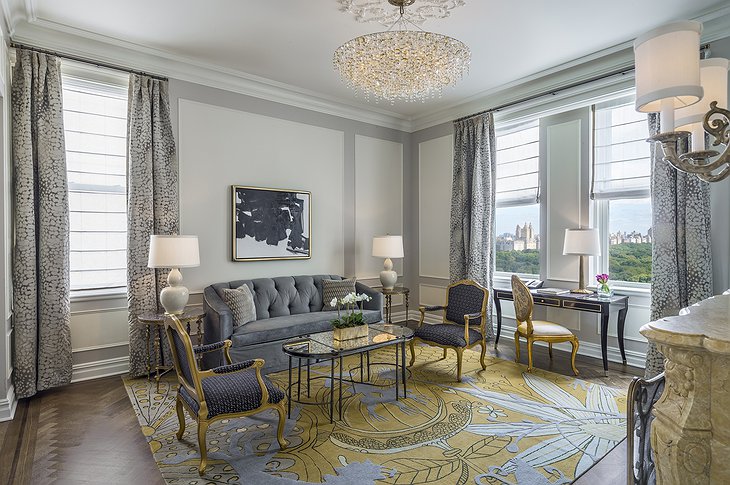 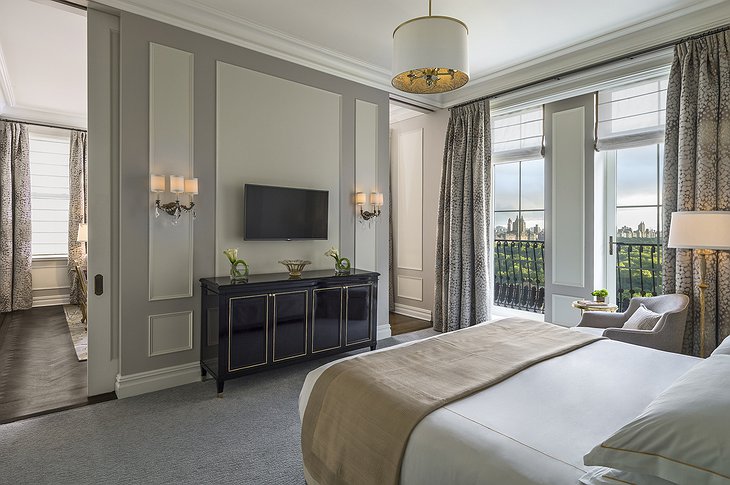