The Château Bahia inn is located on more than 13 million square feet of land on a magically beautiful site. The castle is a marvel of imagination, creativity, and culture intermingled in a special way.

The castle on the mountainside offers a spectacular view of the Baie des Chaleurs in Quebec, Canada. But don't get fooled by the medieval castle looks, as it was actually built in 1983.

Jean Roussy and his father designed and constructed the castle over a period of 18 years. Château Bahia is located 500 meters from Route 132, in one of the most beautiful and dense forests on the south coast of Gaspésie.

The inn features 12 rooms, a large banquet hall, four towers, and seven turrets. Home-cooked meals and tasty breakfasts (like raspberry pancakes and bagels) are served in the grand hall.

In July 2021, two long-time friends, Dany Torchy and Mickaël Retailleau accompanied by their families, took over the reins of this magnificent project. Their goal is to fulfill the potential of this unique place. 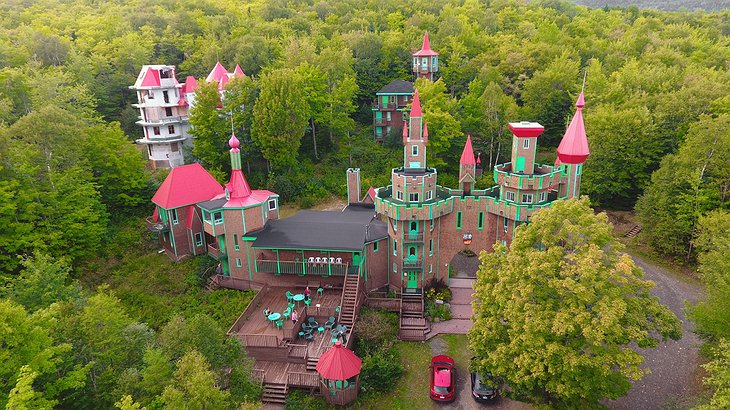 Work has been undertaken to bring the castle's interior up to date. In addition, the new owners focus on offering even more activities in the fields of arts and culture. 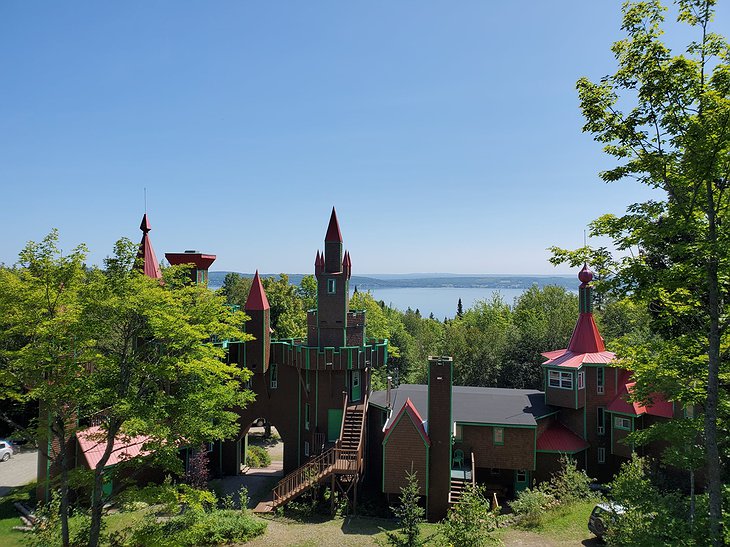 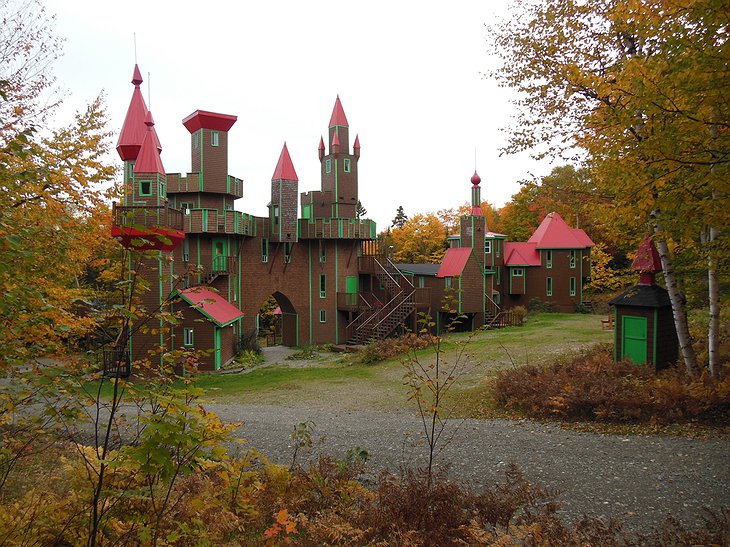 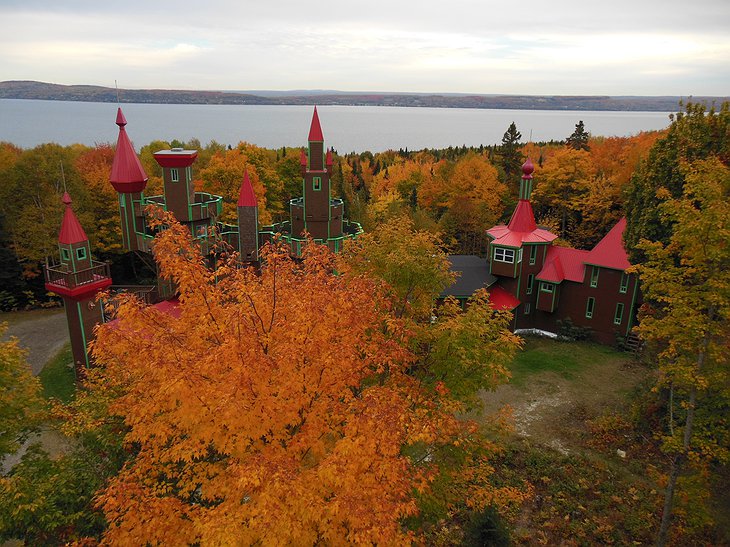 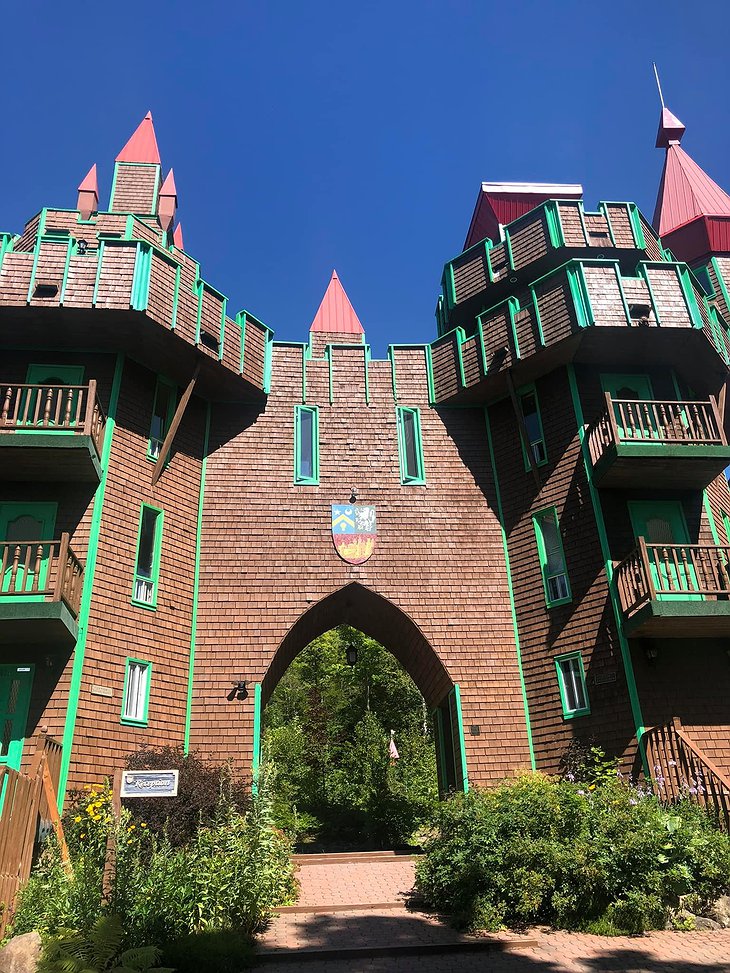 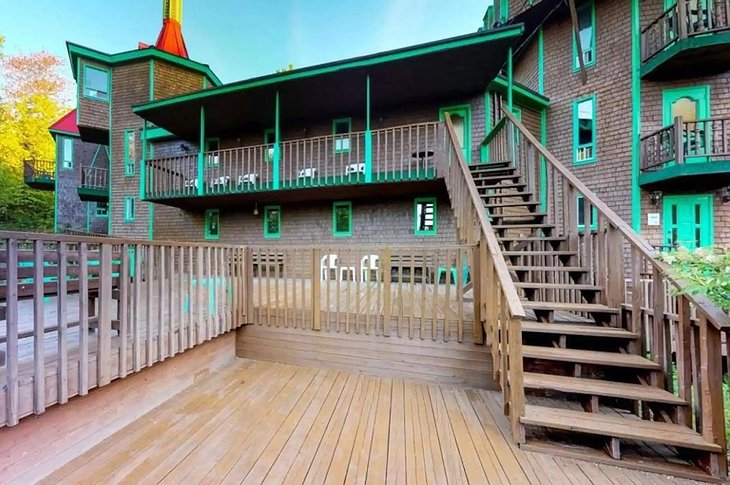 The large banquet hall can accommodate all guests. 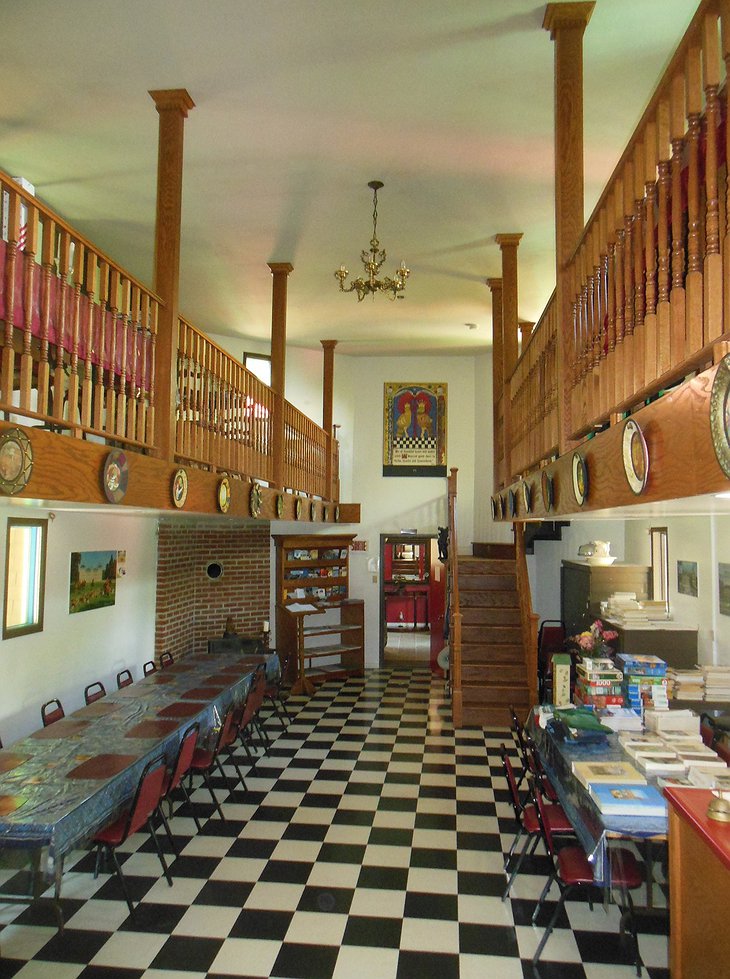 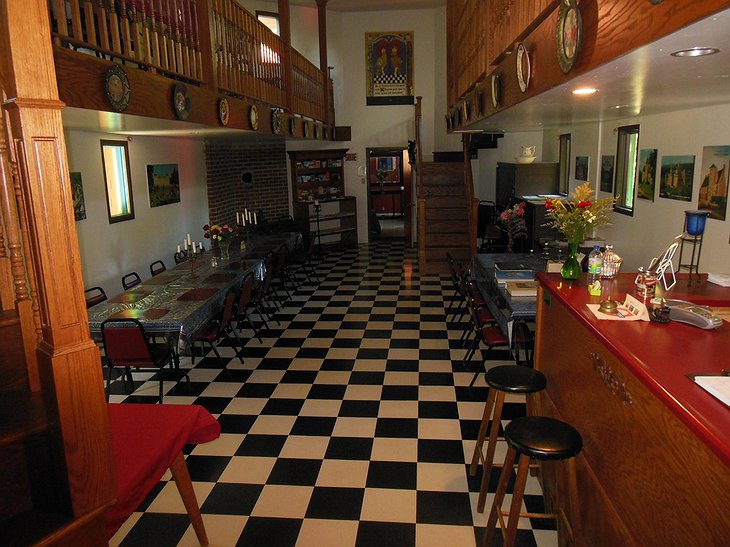 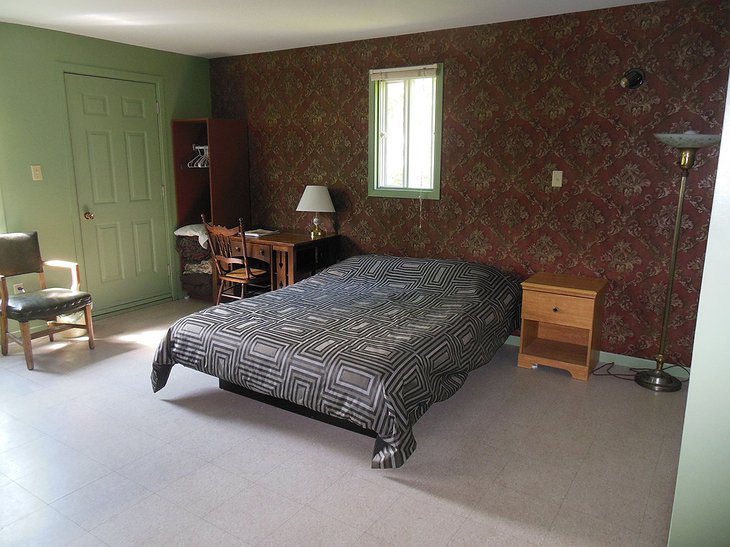 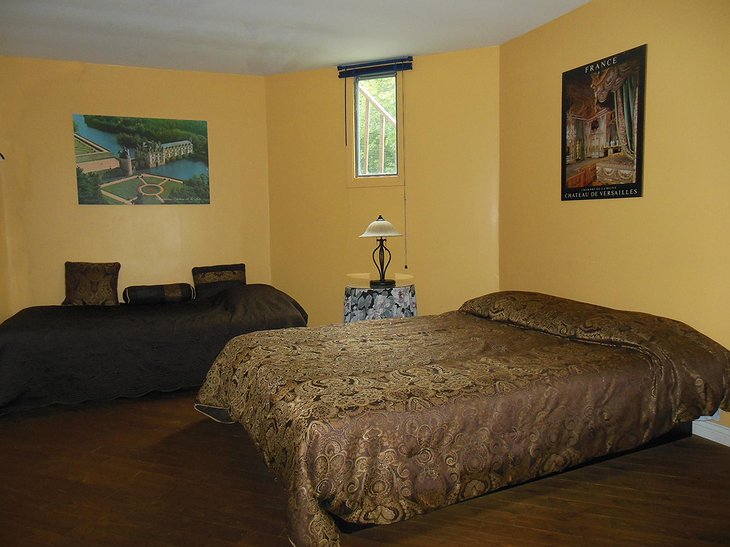 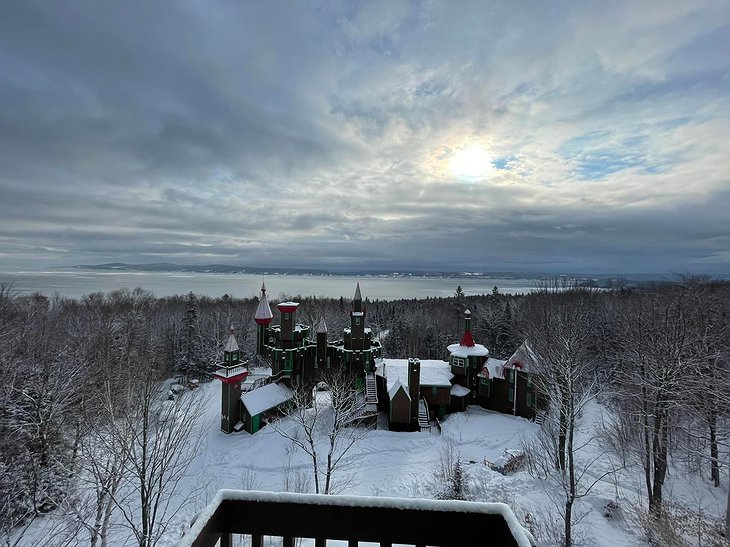 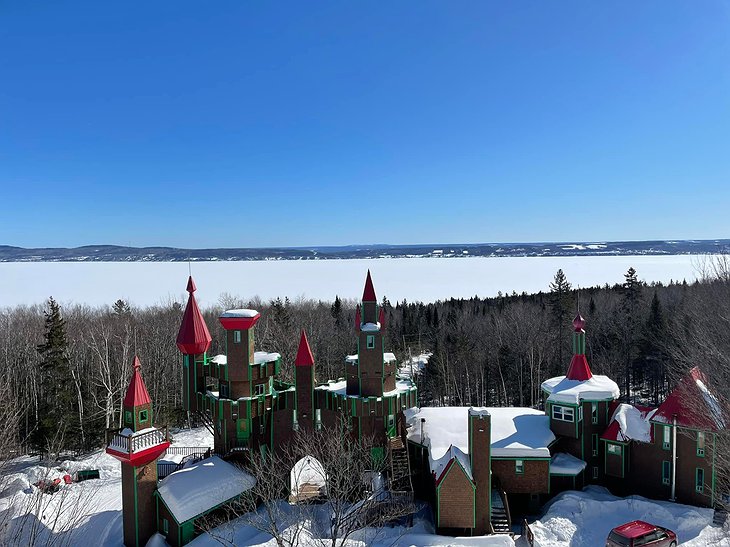 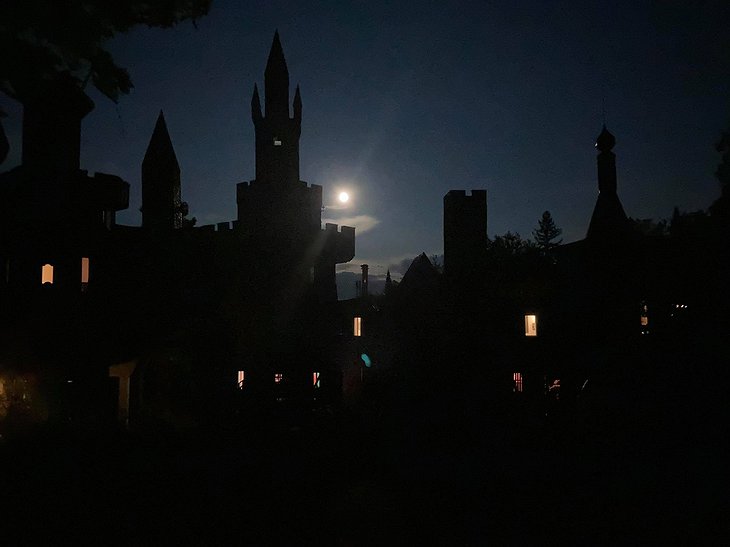 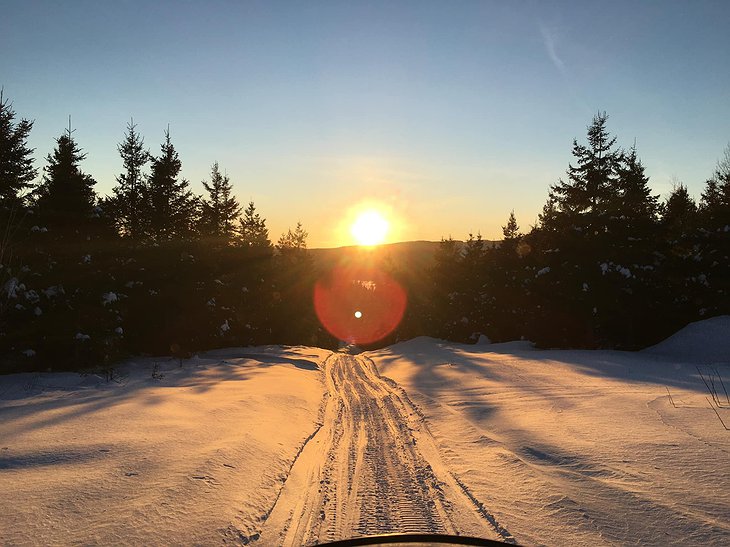