Hotel Arbez is an unusual place – half is in France and half in Switzerland. When a new border between the two countries was drawn in 1862, it happened to run down the middle of a field owned by one Mr. Ponthus.

He built a shop that straddled the border, allowing him to conduct business in two countries simultaneously.

In 1822 it became a hotel. Things got stranger during World War 2 when the hotel hosted occupying Nazi troops who were allowed on the French side and the French Resistance who stayed on the Swiss side.

Today the hotel is a perfect rest stop for skiers and other adventurous types who want to access the Alps.

Whatever side you choose, you will have a schizophrenic time in this unique hotel.

Hotel Arbez is divided by an invisible line. It lies precisely on the French-Swiss border, which passes through its kitchen, dining room, hallway, and rooms. 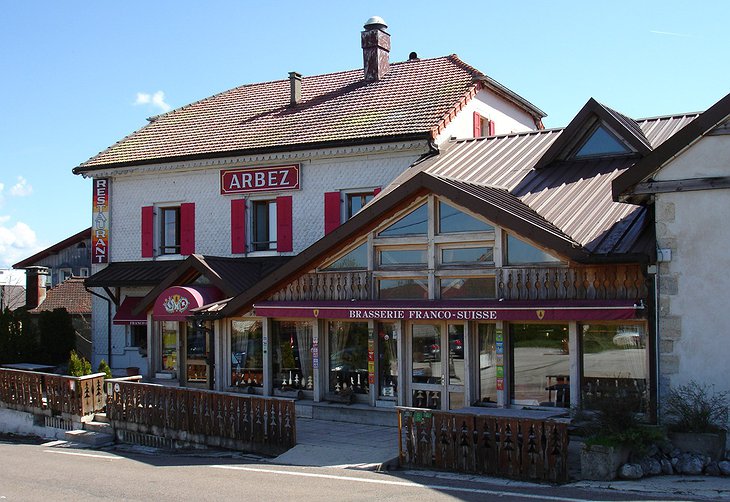 The downside of operating a hotel in two countries is the taxes. SARL Arbez Franco Suisse, the company behind the hotel, pays taxes equally to both countries. 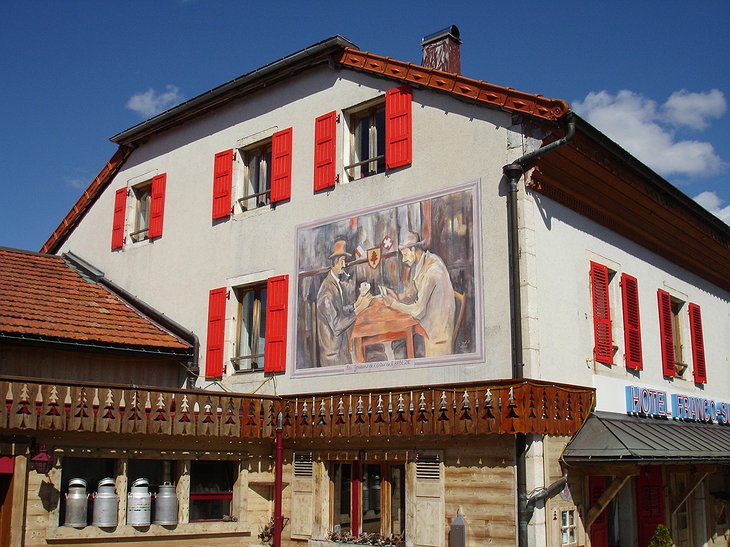 The three-story building has one-third on the Swiss territory and two-thirds in France. 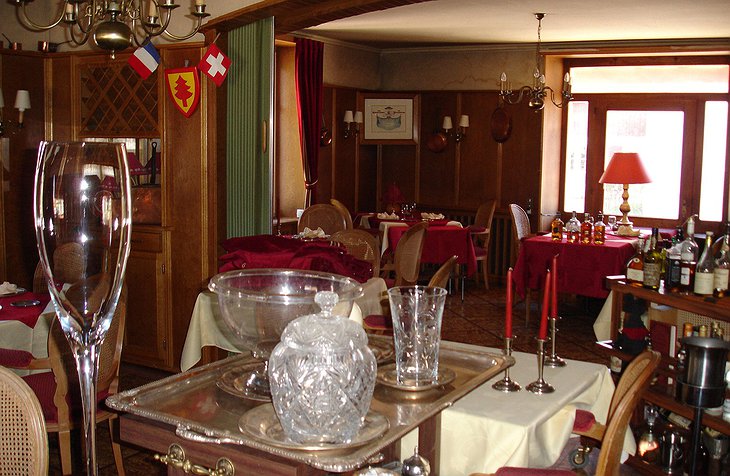 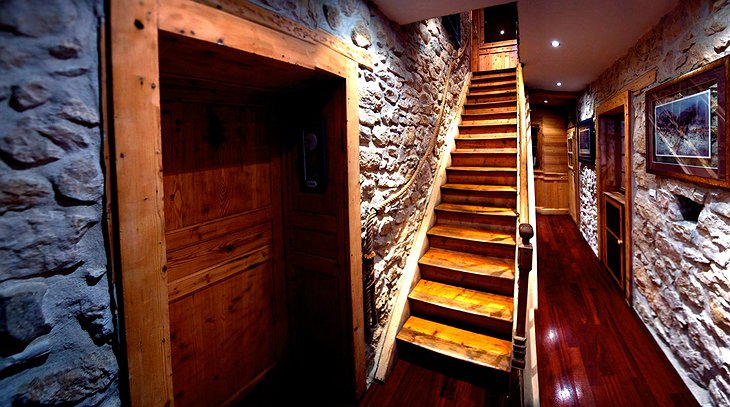 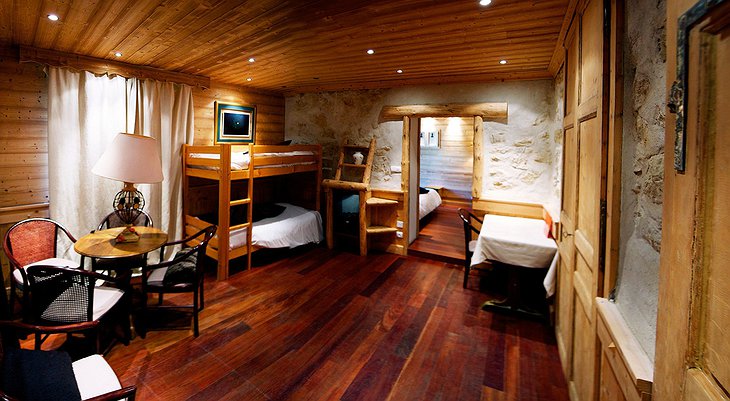 The bed of the Honeymoon Suite is split in half, with one side located in France and the other in Switzerland. The binational room is both French and Swiss at the same time. 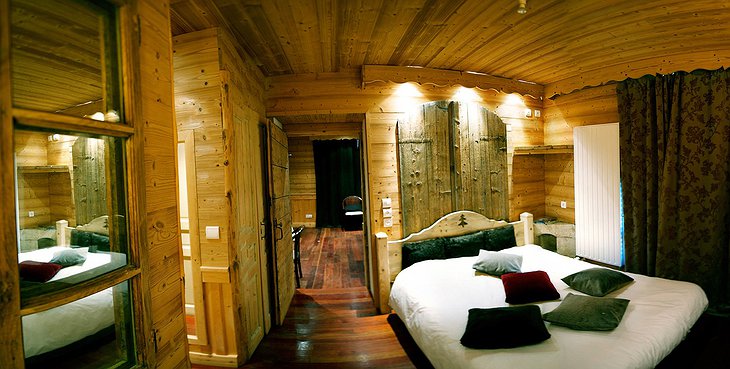 So, you can make love in two countries without moving away from your bed... 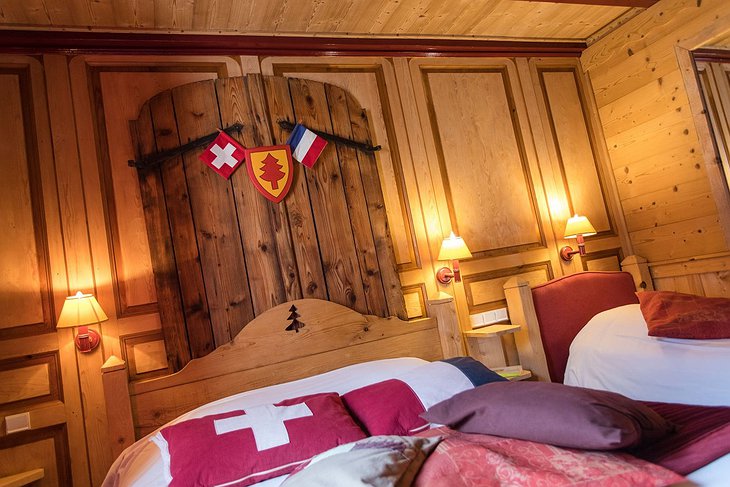 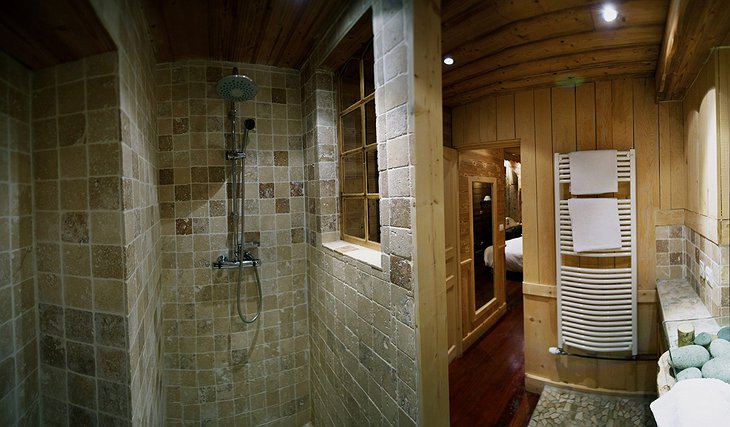 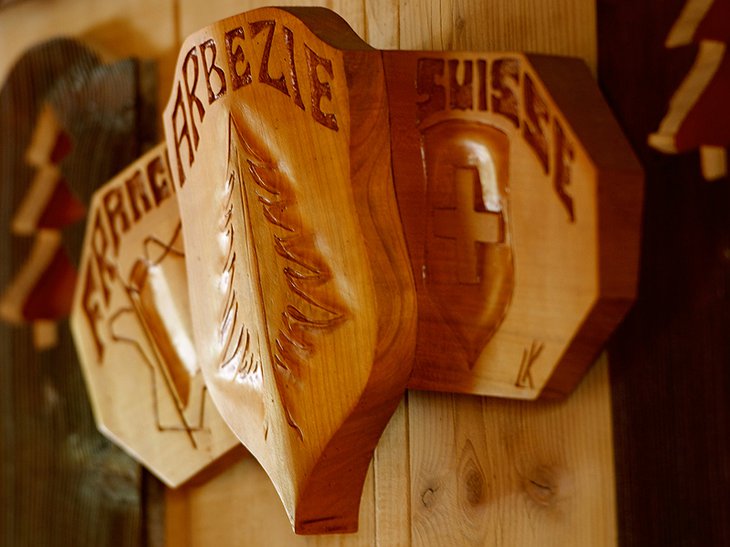 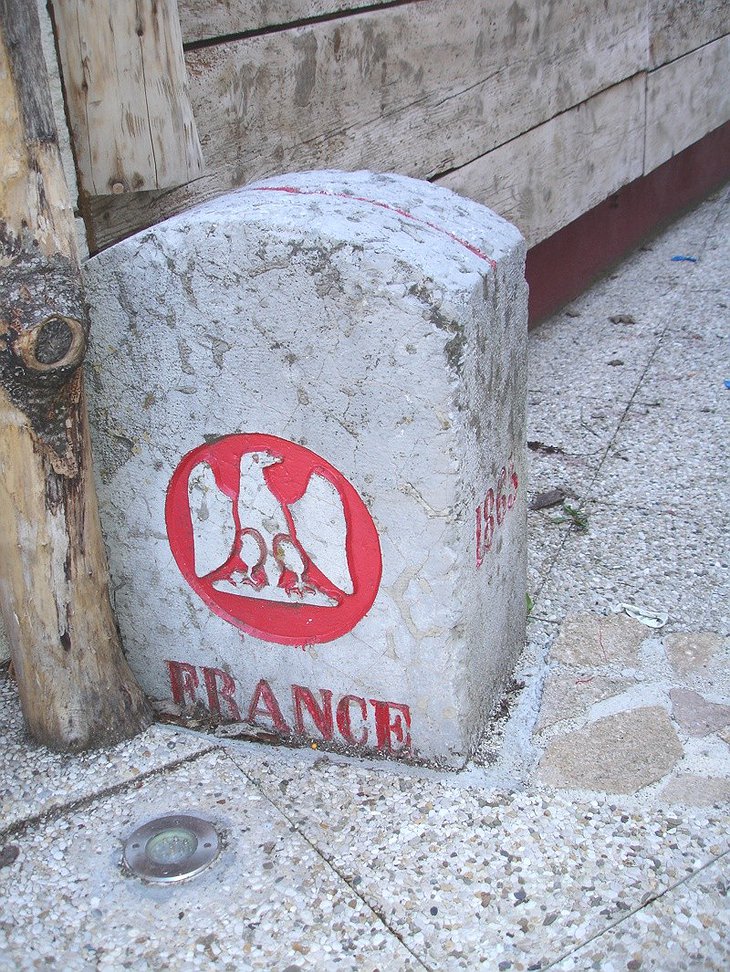 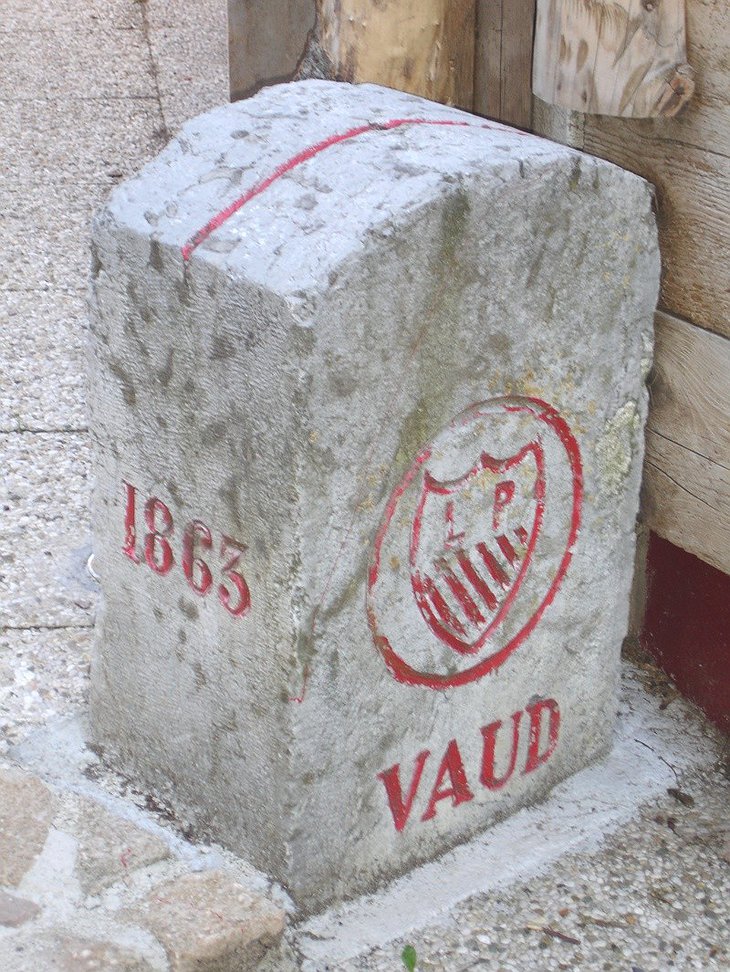 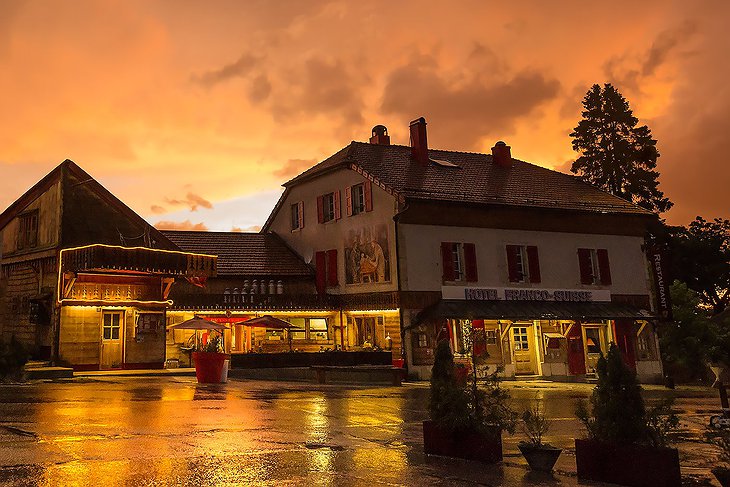