Each year millions of pilgrims flock to participate in the Hajj - a mandatory (once in a lifetime) visit to the holiest city of Islam, Mecca.

As there are approximately two billion Muslims worldwide, the Saudi Arabian city had one of the biggest challenges to solve to accommodate all the travelers coming to see the Kaaba, the "House of God". And so they built a complex of seven skyscraper hotels costing $15 billion.

Makkah Clock Royal Tower is the fourth-tallest building in the world, rising to 1,972 feet (601 meters).

It's towering right above Islam's holiest site, offering an unprecedented panoramic view of the Masjid al-Haram - the Great Mosque of Mecca.

You better be fast; during the annual Islamic pilgrimage to Mecca, the rooms are sold years ahead! 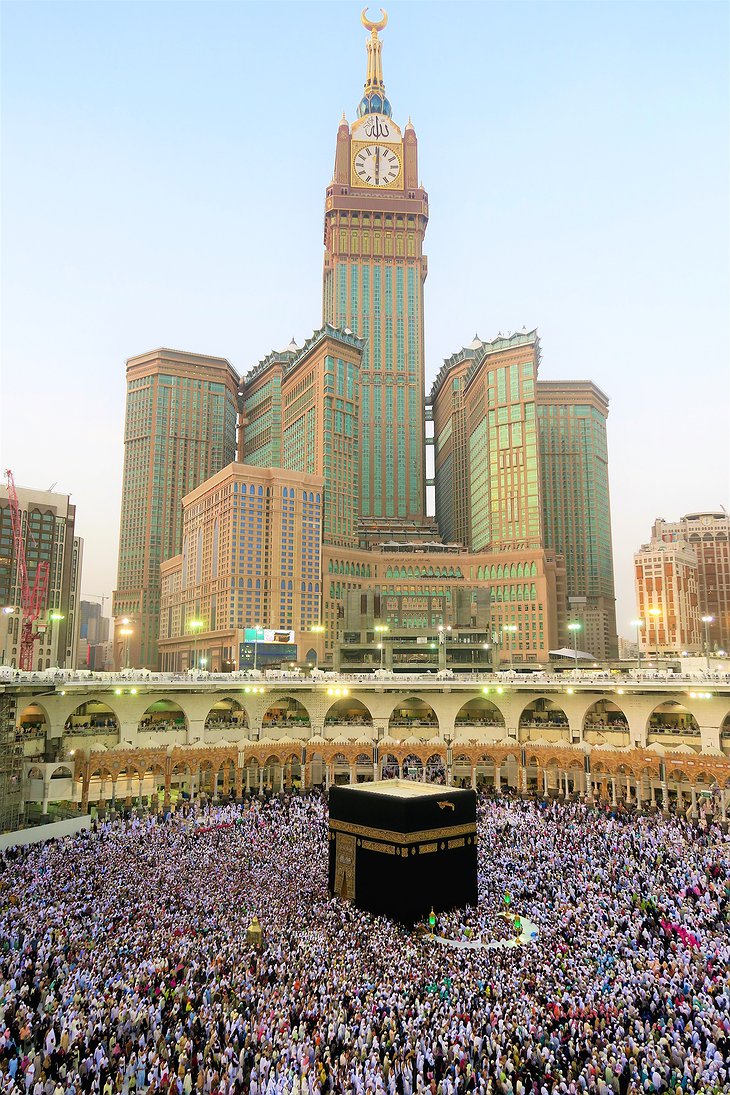 The clock tower at the top part of the skyscraper is fully functioning and punctual as an atomic clock operates it. It's so tall that there are four full floors hidden behind it. 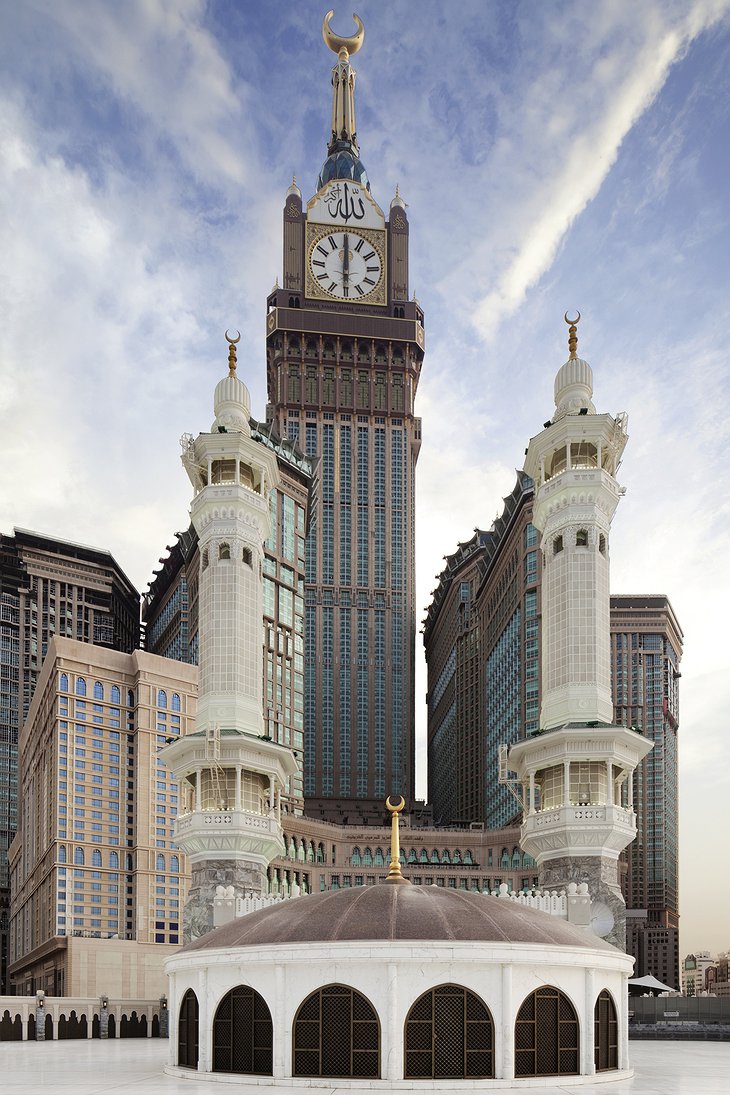 At night, the clocks are illuminated by 2 million LED lights along with the Arabic inscription, "In the name of Allah". They show the Arabic Standard Time - which is three hours ahead of GMT. The clock is said to be visible from 30 kilometers away.

The top portion of the bell tower was designed by the German architectural firm SL Rasch and also features a 23-foot-tall (7 meters) crescent decorated with gold mosaics. 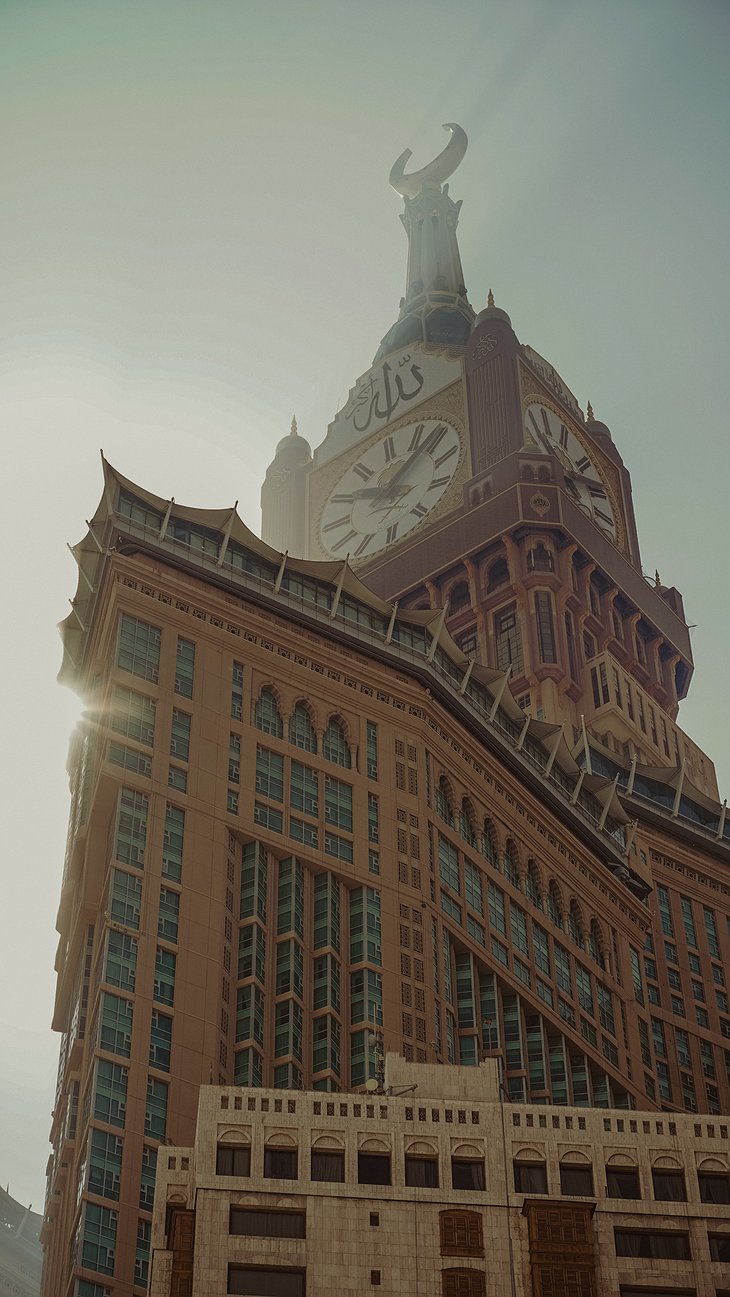 The 76-story five-star luxury hotel is only 330 feet (100 meters) away from the Masjid al-Haram Grand Mosque. 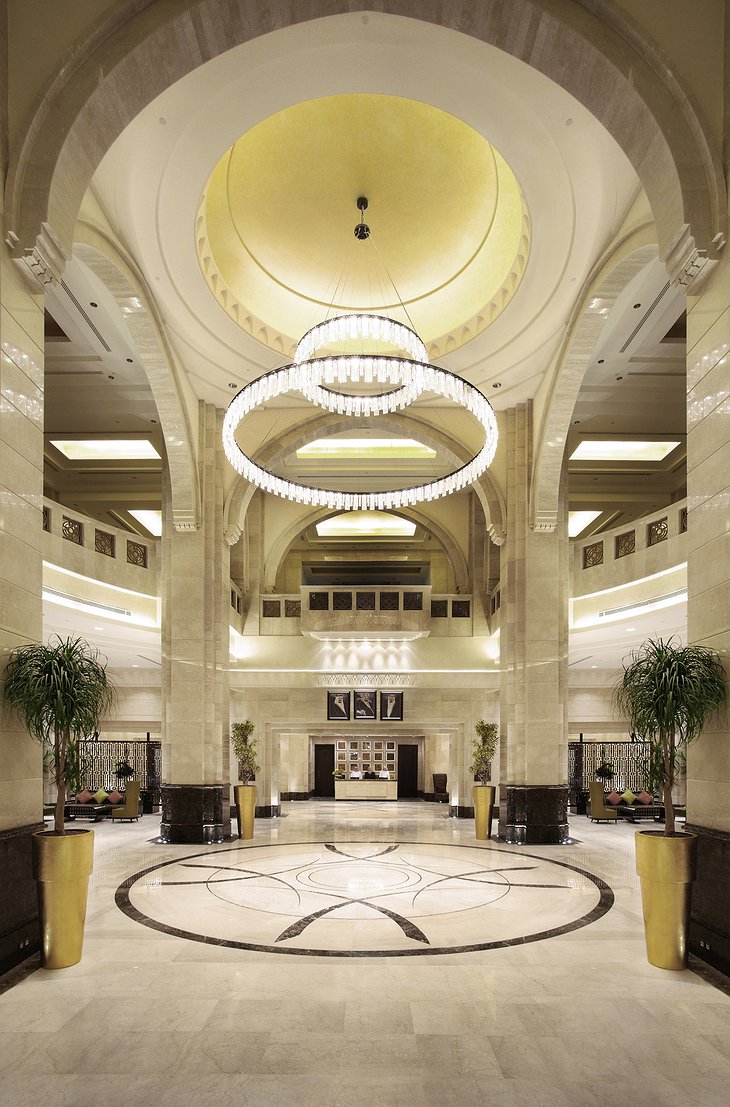 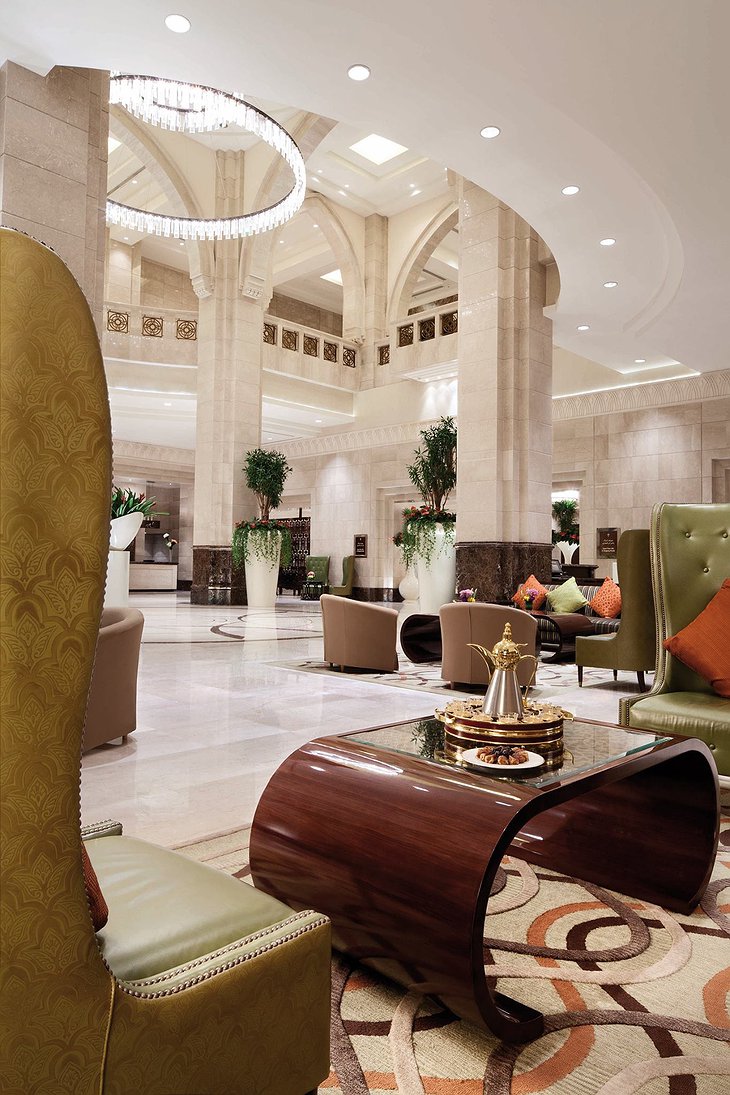 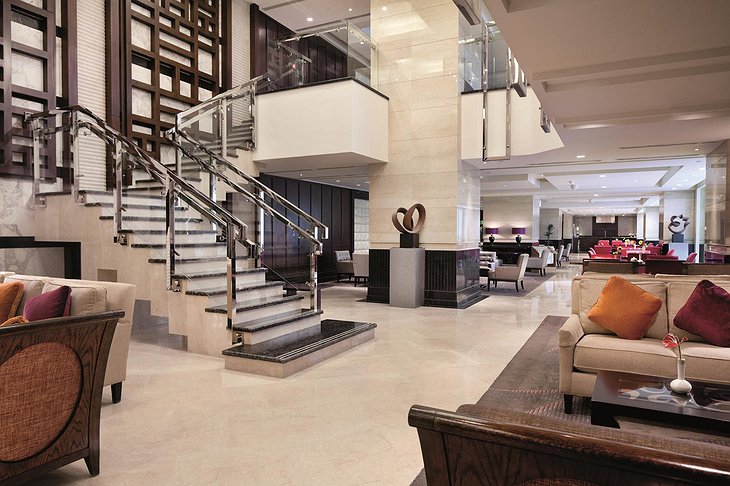 The hotel is part of the Abraj Al Bait complex, where you will find a staggering 4,000 shops. Dining options are plenty too. 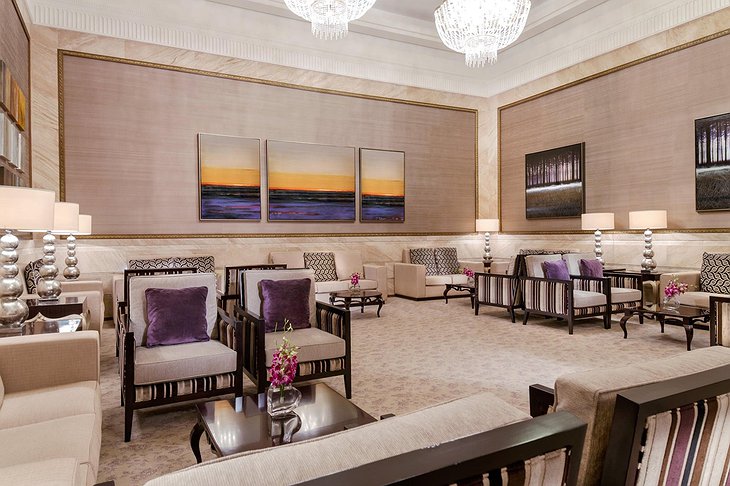 Even if you don't set foot outside the Makkah Clock Royal Tower, you can choose from nine top-of-the-class restaurants. 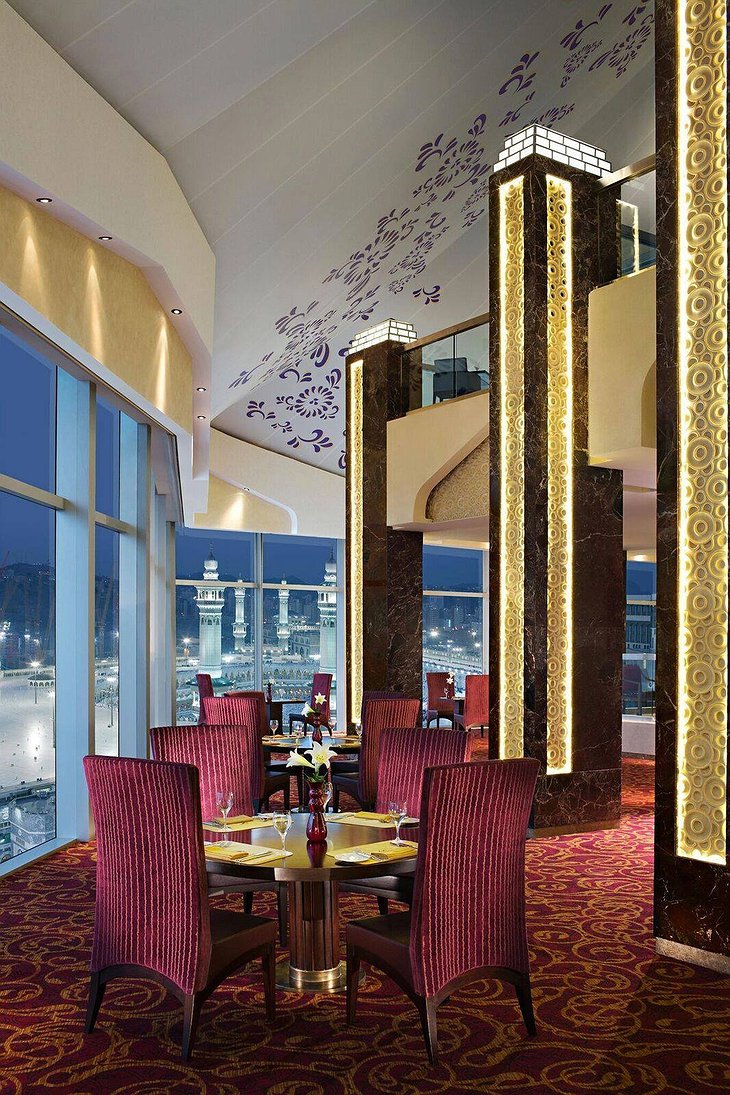 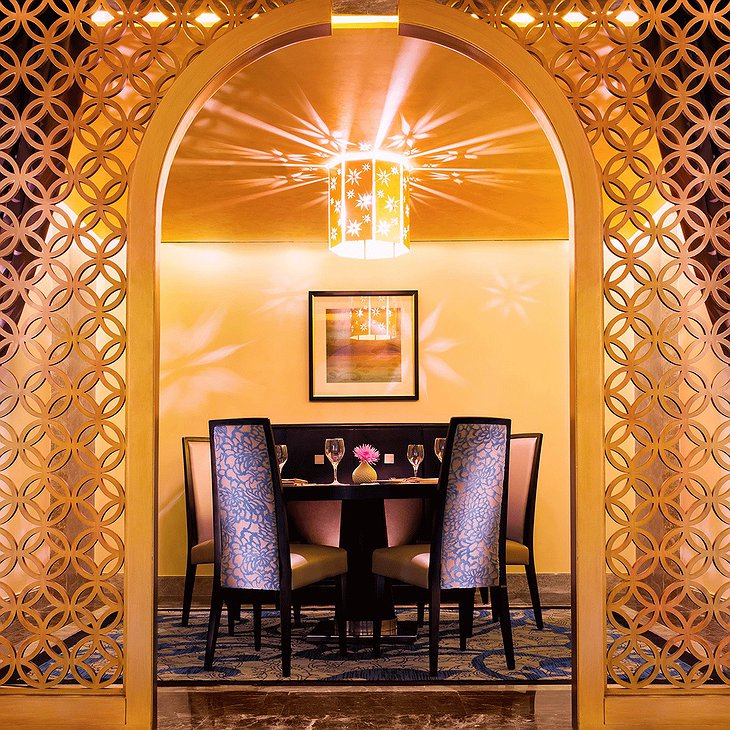 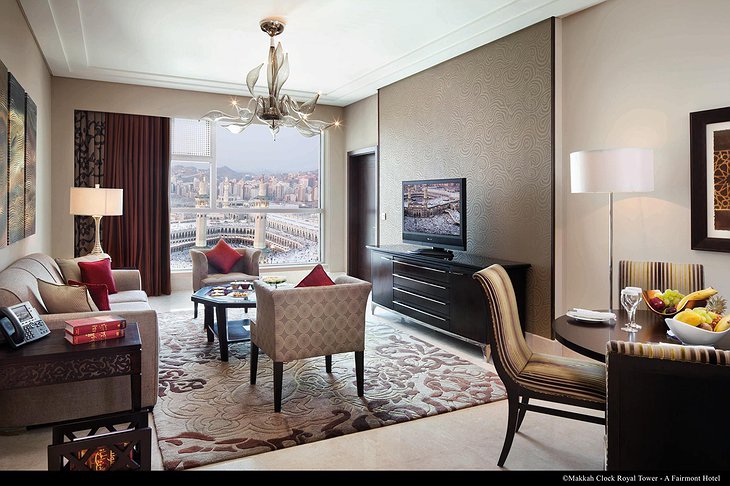 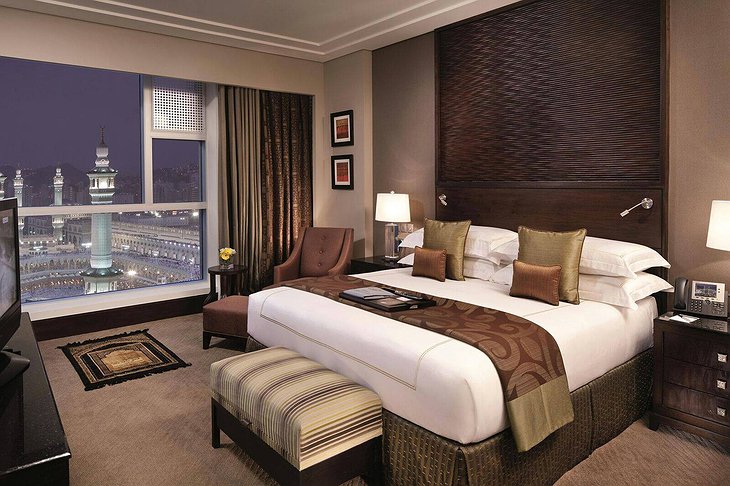 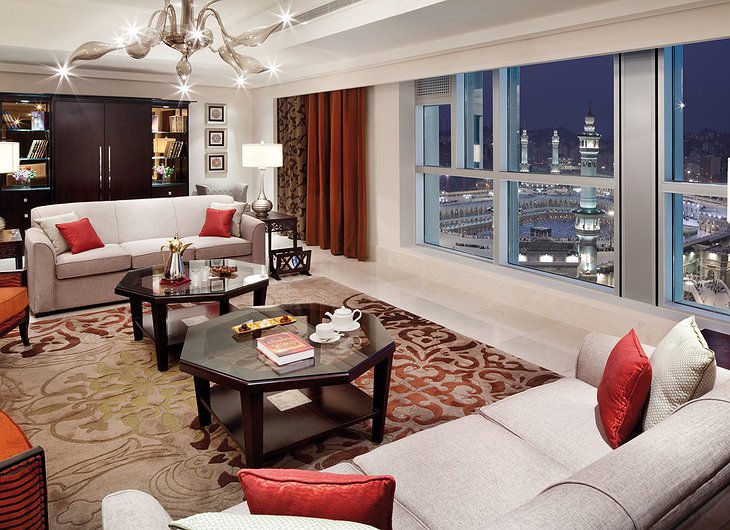 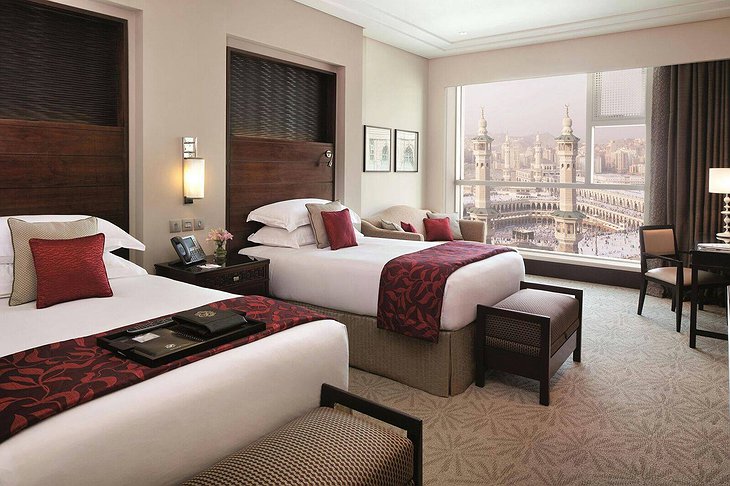 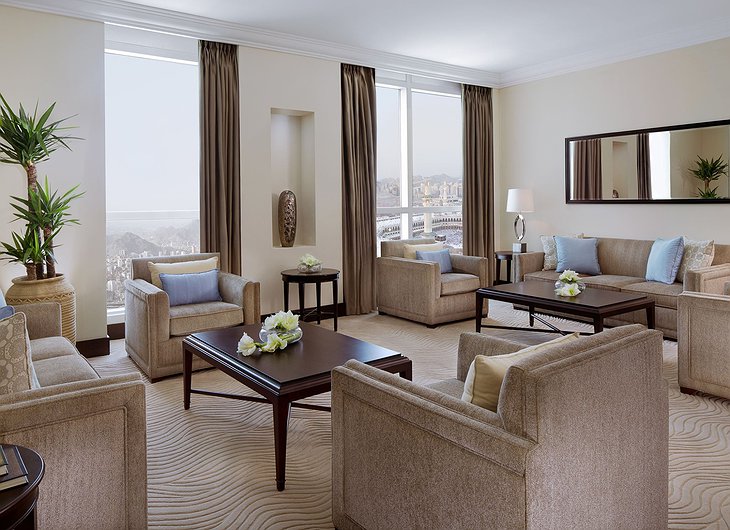 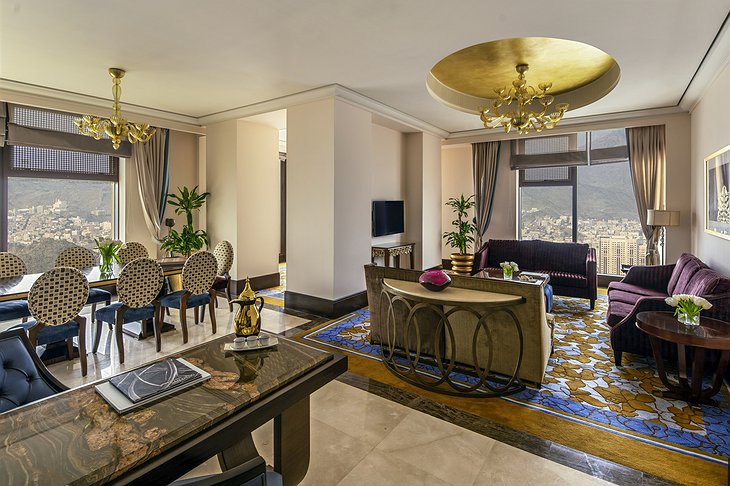 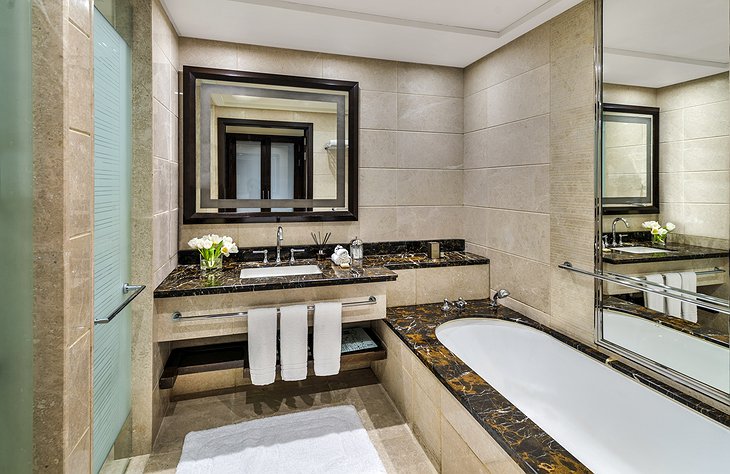 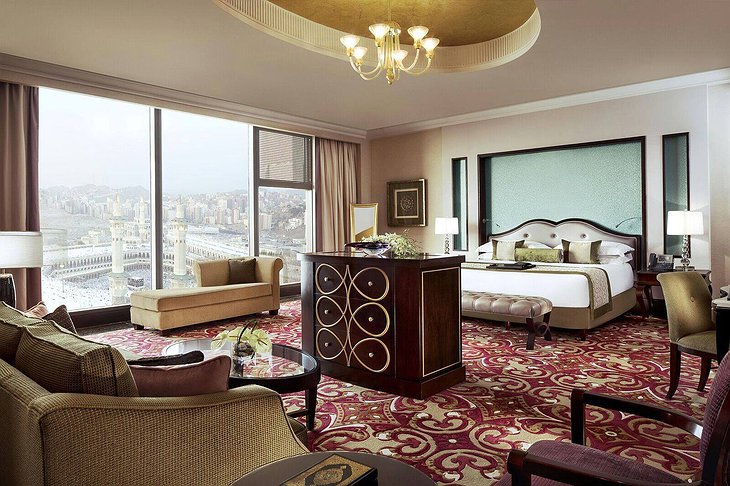 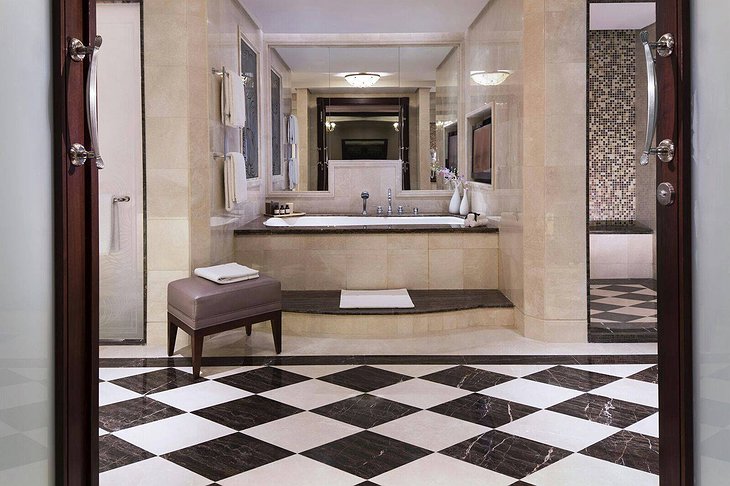 Please be aware that the hotel only hosts Muslim guests, as even to enter the holy city of Mecca; you have to be a follower of the religion. 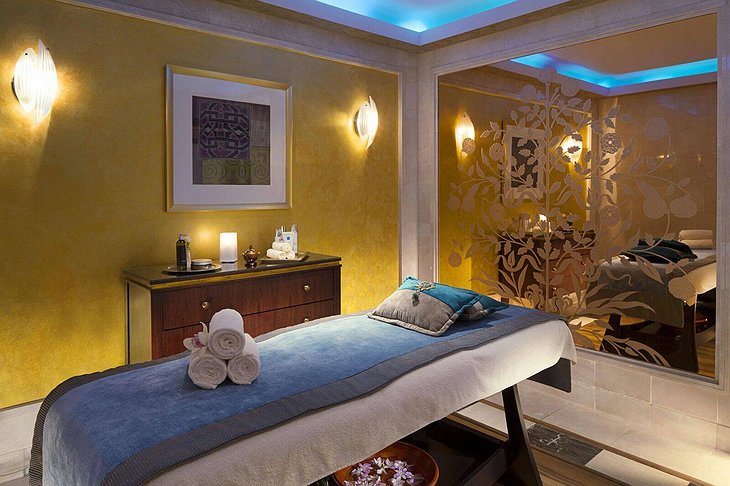