Some call it the ‘Hotel of Doom’ while others have dubbed it the ‘Phantom Pyramid’ because the North Korean government went through a phase of airbrushing it from photos and denying its existence. Like many things in North Korea this hotel has been a source of confusion to people not least because they have been building it for nearly 26 years.

When construction started in 1987 it was set to be the tallest hotel in the world. Now it falls short in comparison to new hotels in Dubai. It was supposed to open in 1989 and by the mid-90s economic problems left the hotel rotting. It remained there, a concrete husk uglifying-up Pyongyang’s skyline and everyone said it was a symbol of a ‘failed state’.

Work began on Ryugyong Hotel again in 2008 with an Egyptian company assuming control. Since then, they have installed glass facades and completed the shell of the building although the inside of the hotel remains unfinished. A German luxury hotel managing company, Kempinski AG, was supposed to open it up for business in 2013, but up until 2021, the building keeps to be empty. 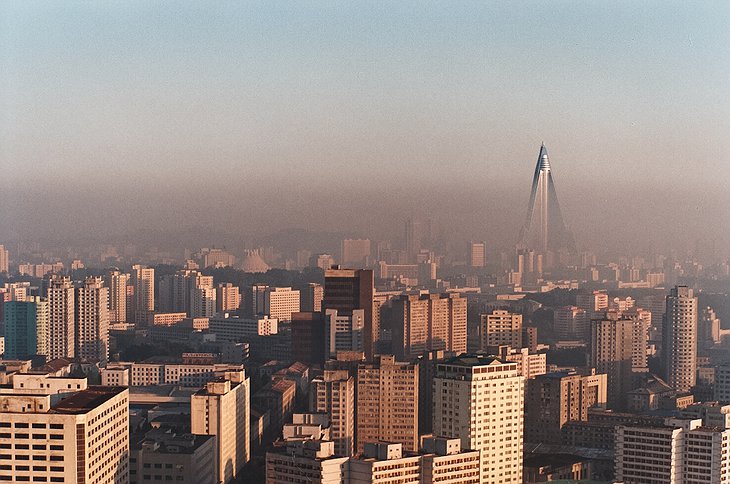 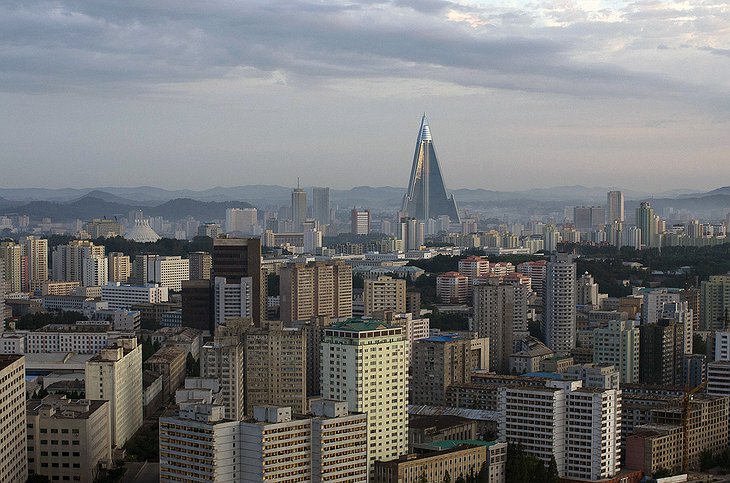 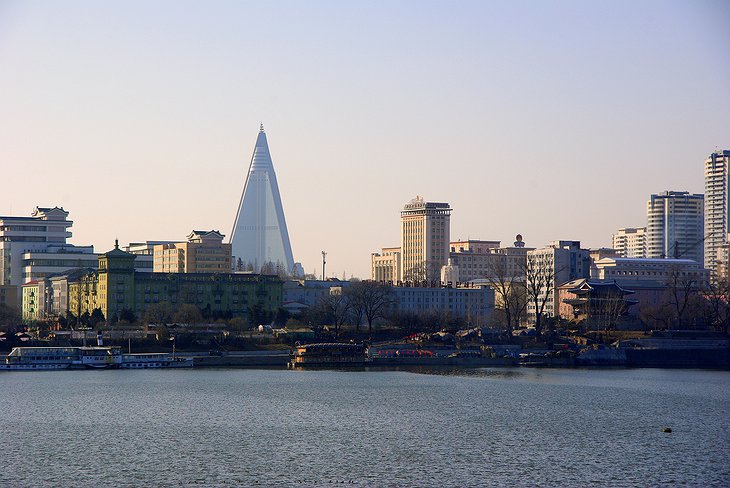 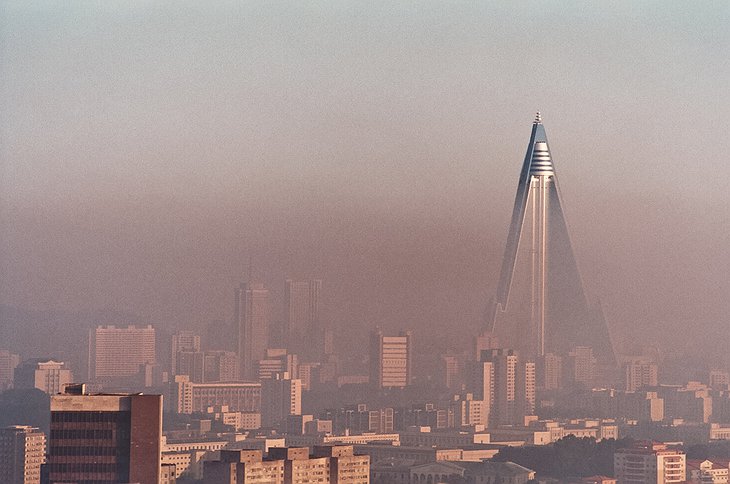 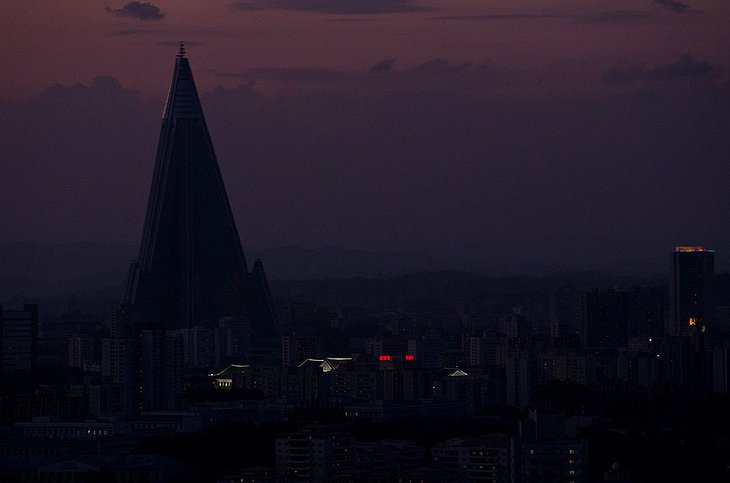 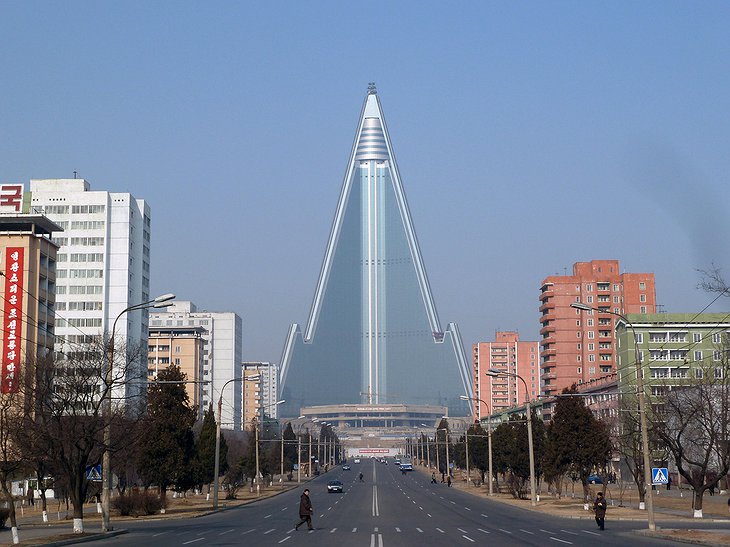 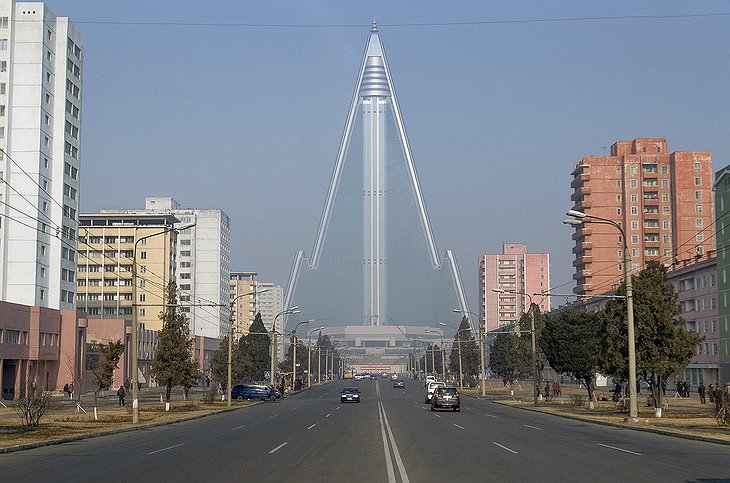 Statue of Kim Il Sung in front of the Ryugyong Hotel. Photo by Eric Testroete 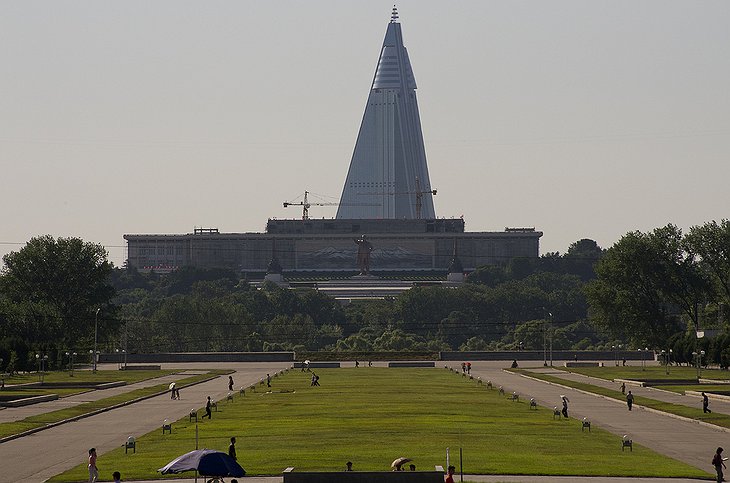 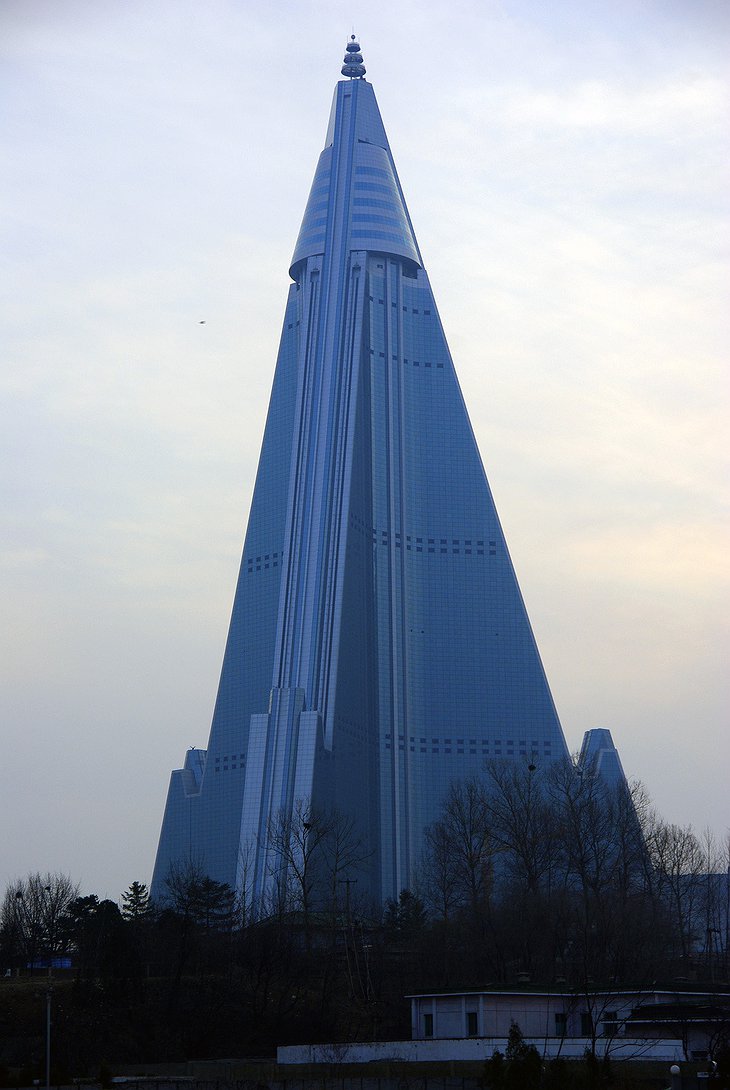 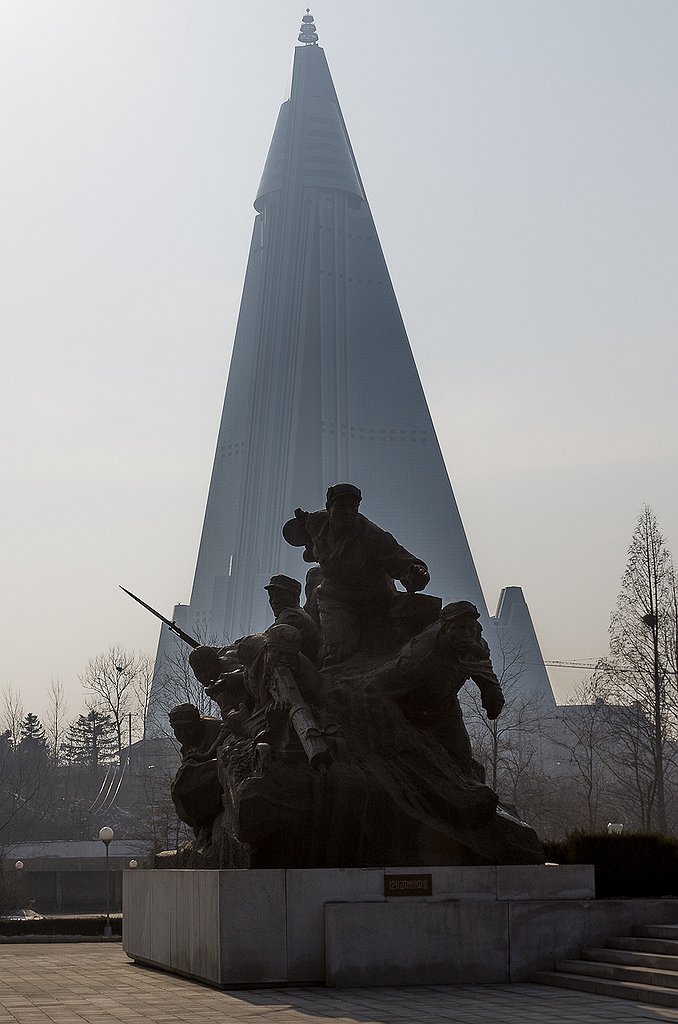 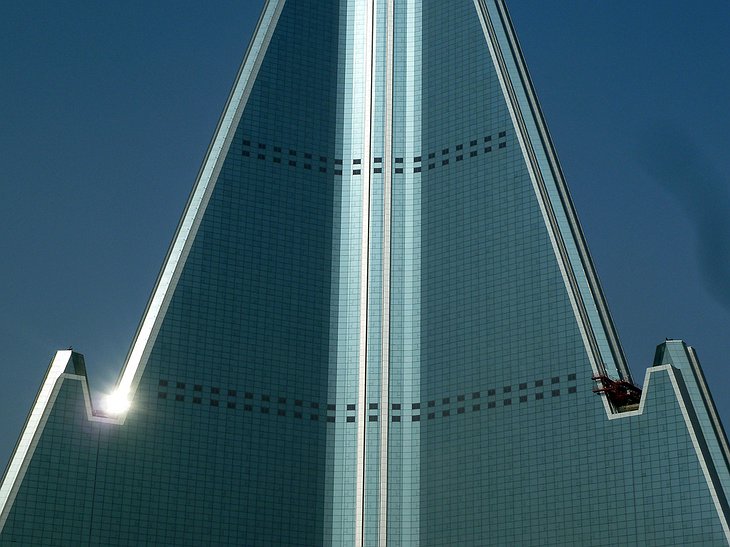 Air Koryo is one of the two airlines flying to Pyongyang (Air China being the other). Tu-204-300 Jet at the Sunan International Airport, Pyongyang, DPRK. Photo by John Pavelka 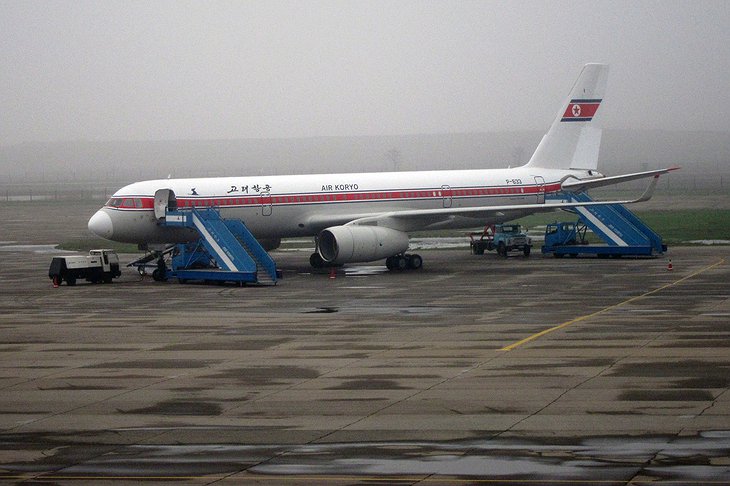 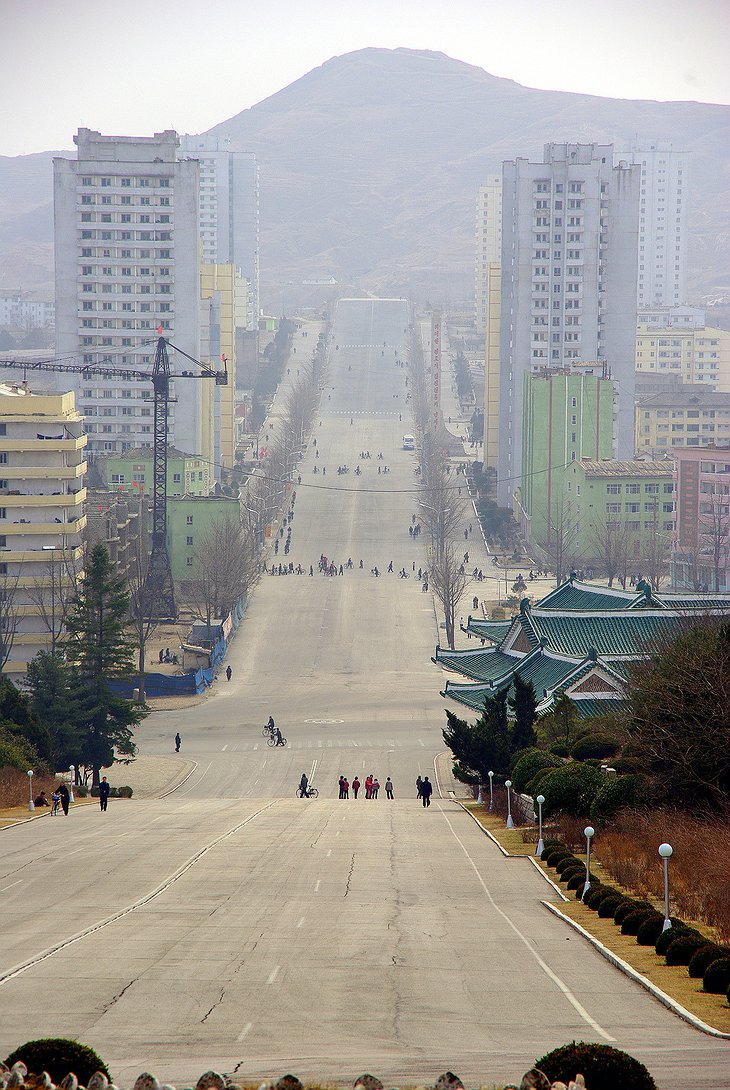 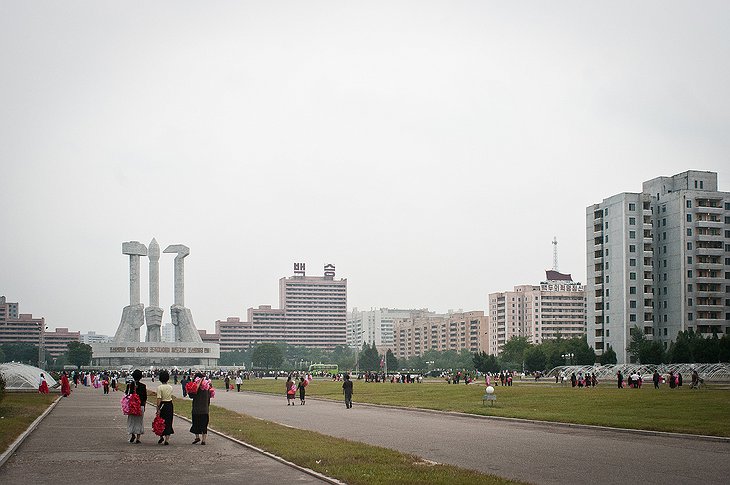 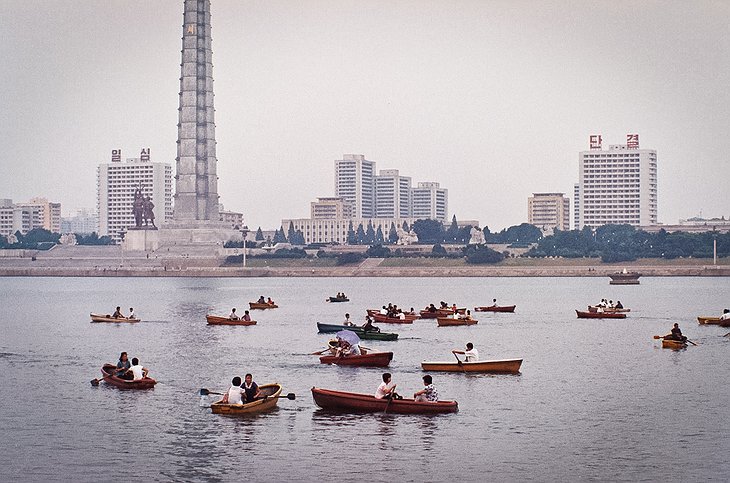 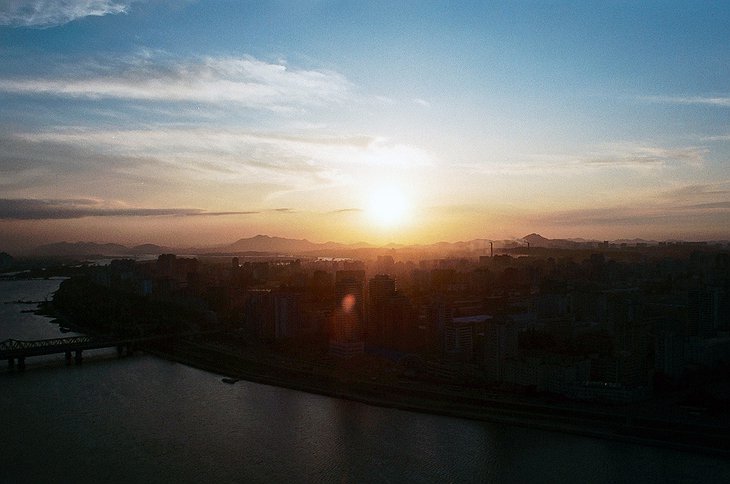 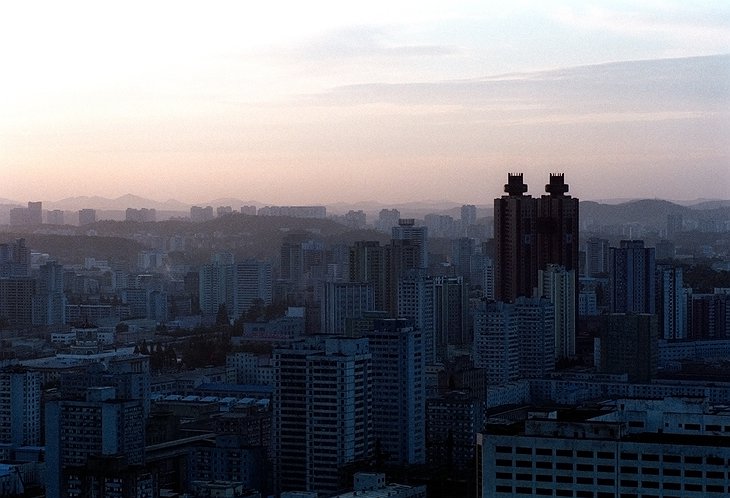 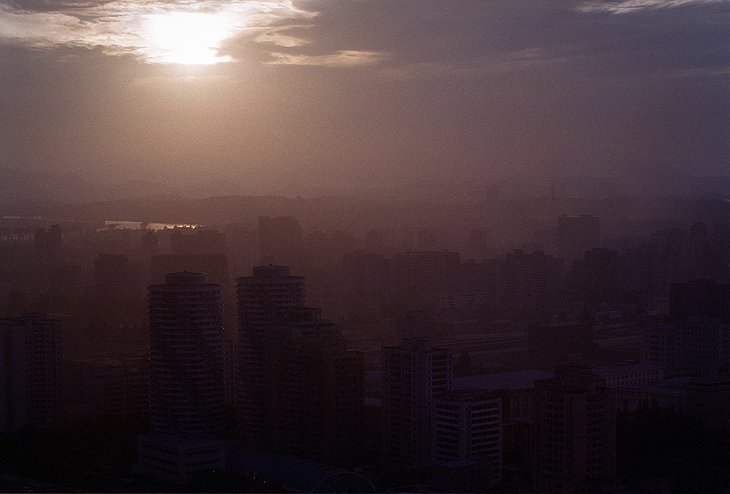 Rare glimpse at the ordinary kids of North Korea. Photo by Eric Testroete 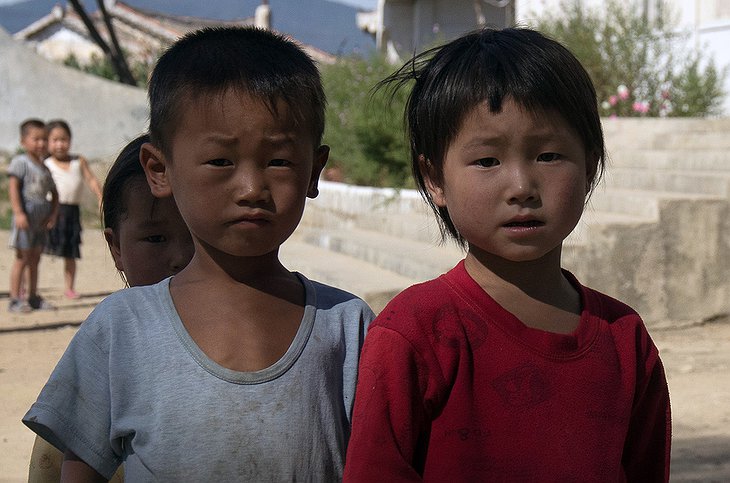 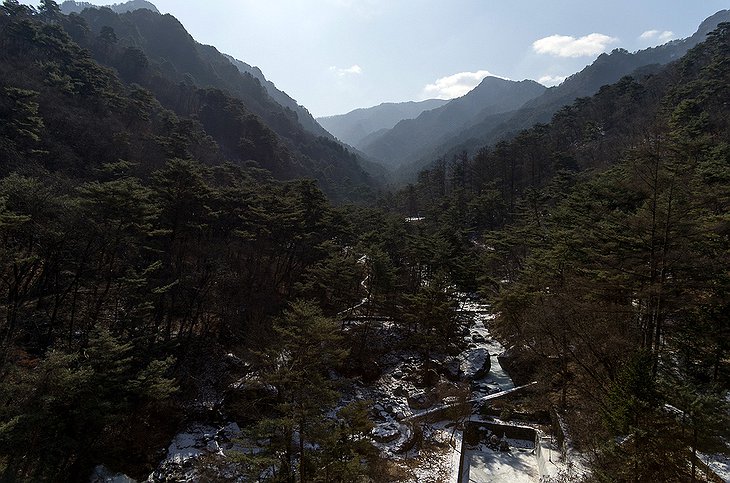 Beach in North Korea. Most of it is fenced off with electric fences. Photo by Eric Testroete 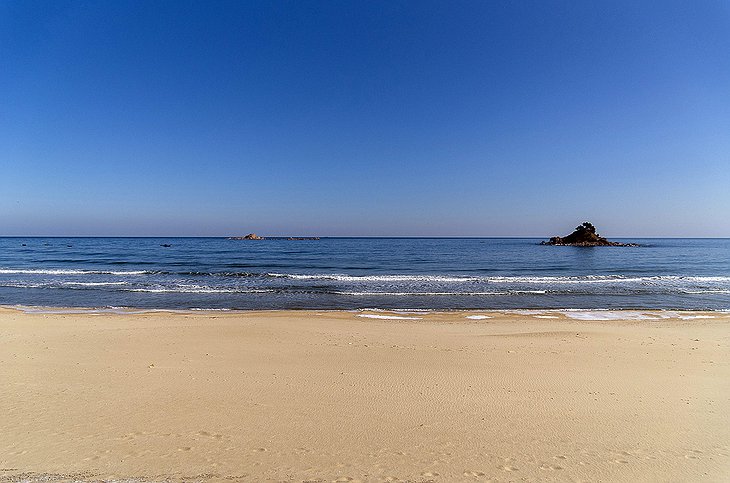