The Americana and motel cultures matured together as motoring became widespread in the first half of the 20th Century, and it is one of the most novel aesthetic moments of the period.

Its location on the famous Route 66 has made it one of the more famous roadside attractions in the US, and it is even featured in the Pixar film, Cars.

Your Wigwam is 82 feet (25 meters) in diameter and is decorated by imitating the native style.

Inside the tipis, you will find free wifi, a bathroom, and a shower. There is even a BBQ pit for you to cook hardcore amounts of meat in the traditional way.

The old, rustic classic cars on the premises of Wigwam Motel are part of the Route 66 cultural experience. 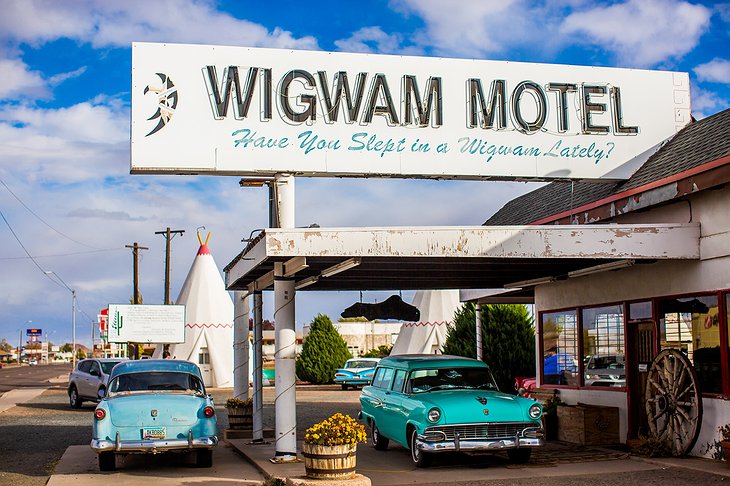 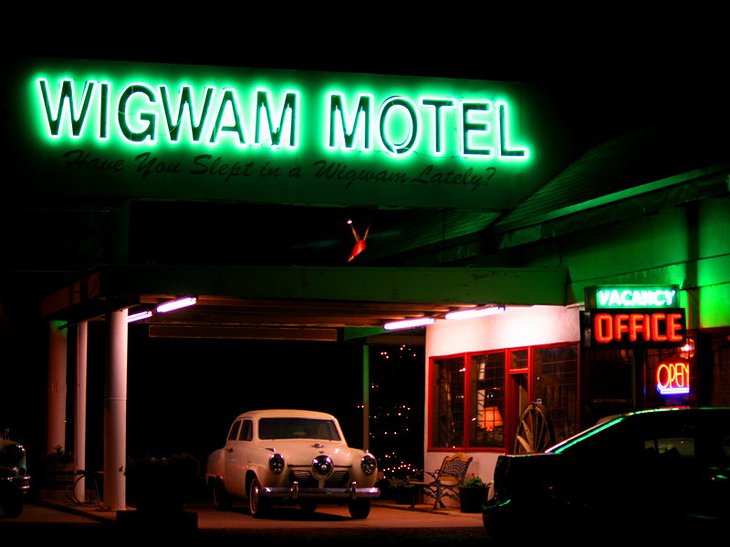 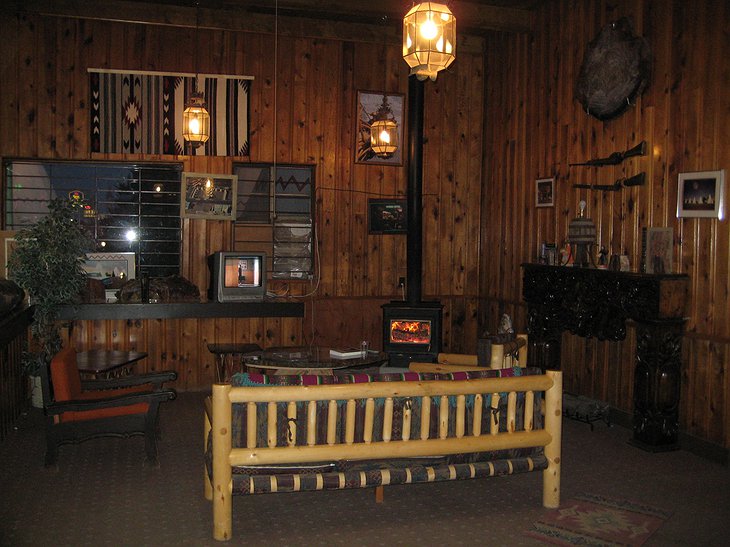 A stop at Wigwam is like a time-traveling historical experience full of adventure. 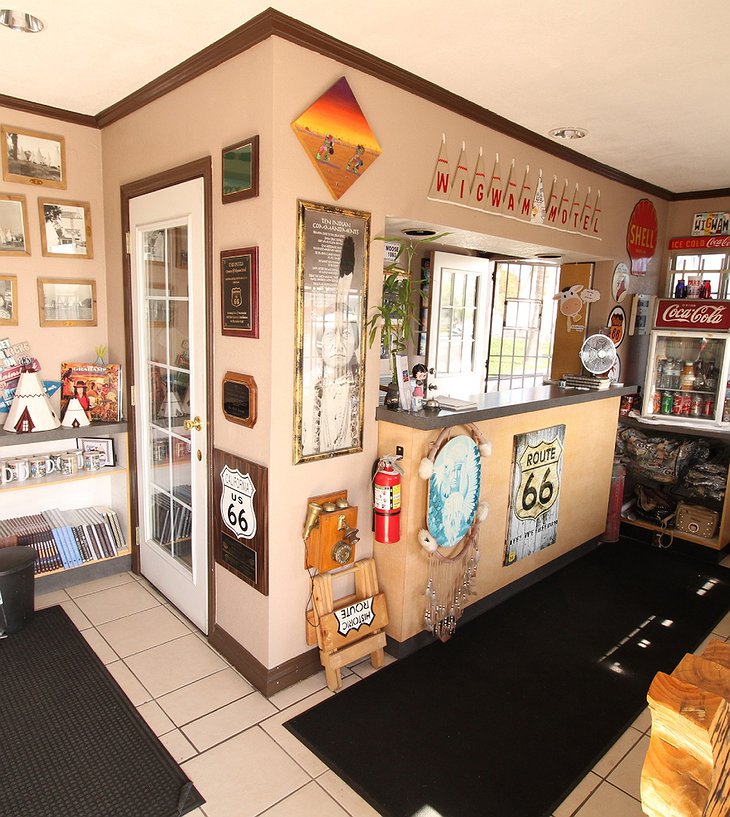 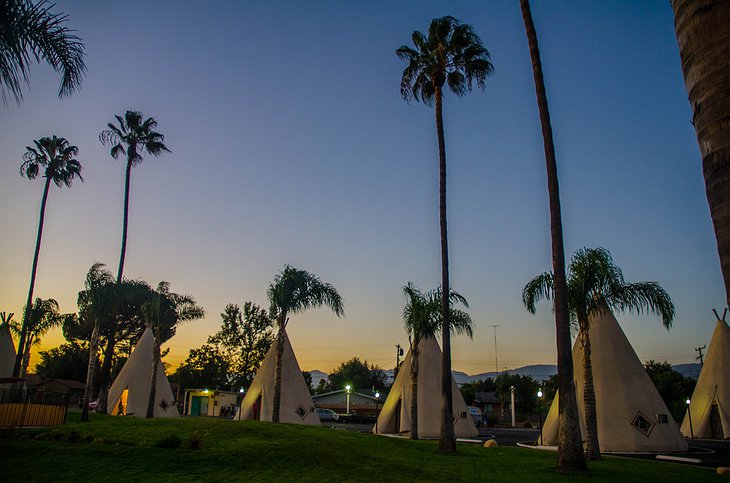 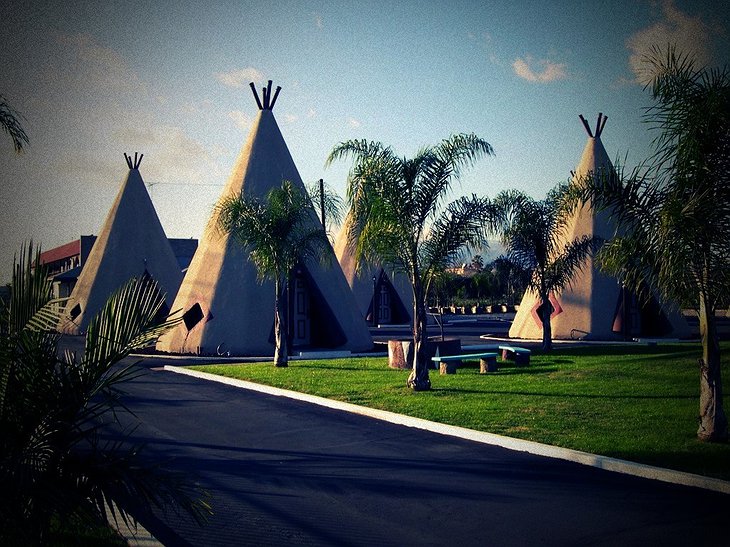 There are 19 freshly renovated teepees available for the road trippers. 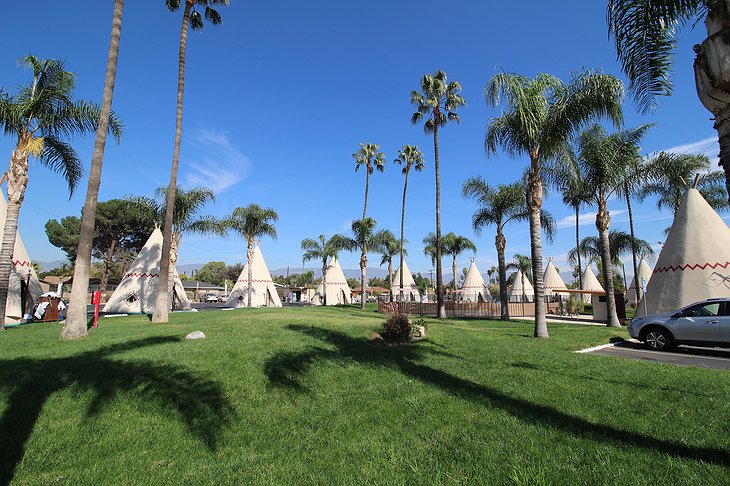 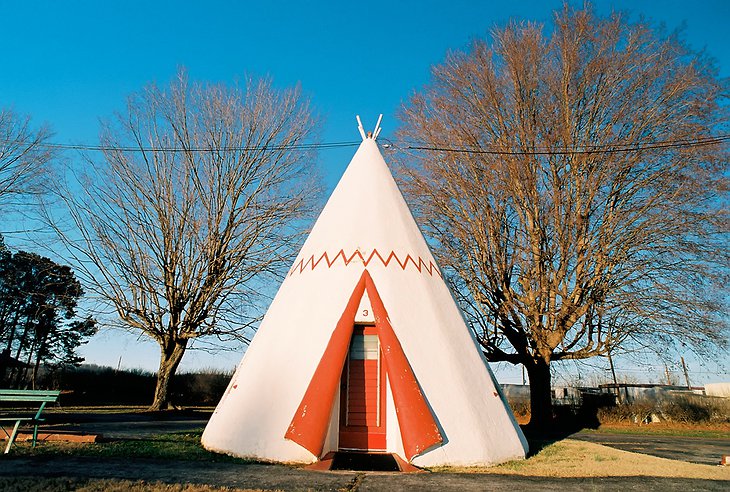 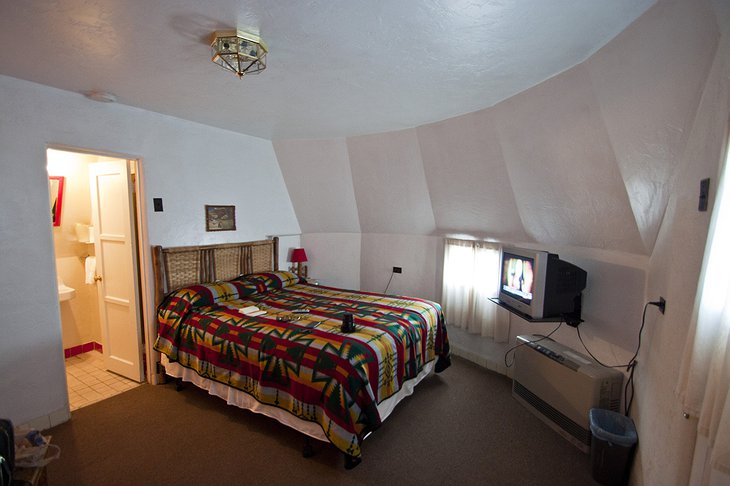 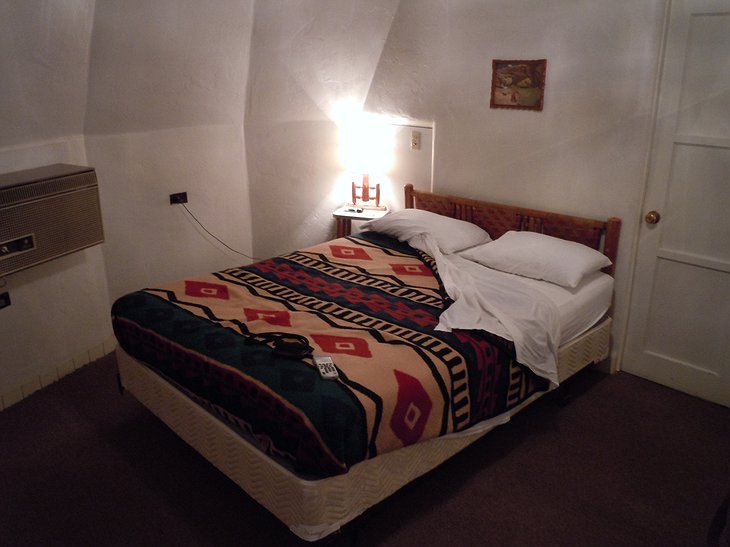 Jump to the kidney-shaped swimming pool on a hot day after a long drive. By the way, Wigwam is one of the few motels on Route 66 to have a pool! 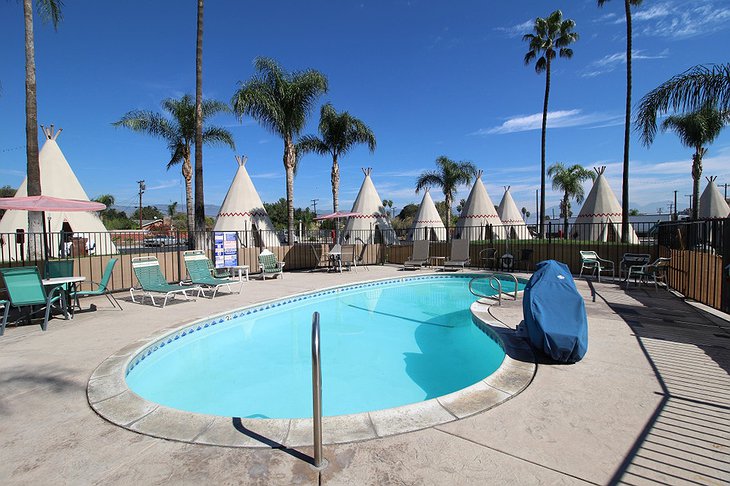 The Cozy Cone Motel from the Pixar movie, Cars, was modeled after the Wigwam.