Cartoon Network TV channel was launched in 1992 to entertain kids whole day long with classics like Dexter's Laboratory, Johnny Bravo, or Cow and Chicken. Their first and only amusement hotel has just opened in 2020, in Lancaster County, Pennsylvania. It's located right outside of Lancaster and from the moment you arrive you will spot the colorful facade of the hotel and the iconic black&white logo of CN. Entering the lobby you will immerse yourself in the familiar cartoon-world created by this famous TV channel. The on-site restaurant, Cartoon Kitchen continues the theme and you can even order foods like the Lady Rainicorn’s sweet. How lovely! There are six different show-themed rooms as well as a selection of cartoon-themed suites: Adventure Time, Ben 10, The Powerpuff Girls, and Steven Universe.

As expected from a hotel targeted at kids, there is plenty of action going on here. There is an arcade room called the Omnicade with virtual reality pods for a start. The Toon Room has dance parties and live candy creation shows. Then last but not least, the Land of P'oool – which as you might have already guessed – is an outdoor mini waterpark. Adults won't be left behind either. There is an indoor pool and a hot tub that will turn out to be very useful after a long day with the kids.

For additional fun, you can visit the Dutch Wonderland which is a giant, 48-acre amusement park right around the corner. If you are interested in the Amish way of living, The Amish Farm and House are offering guided tours at a closeby location just a few minutes' rides away. Oh, and don't forget to grab the coolest souvenirs from the Cartoon Network Store before you leave! 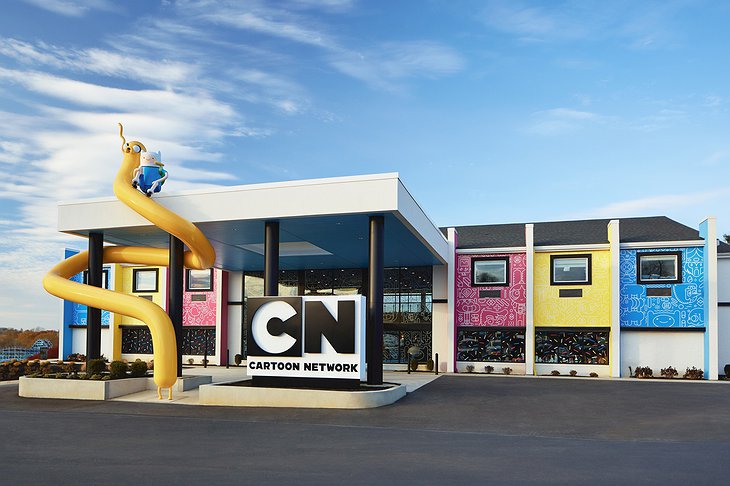 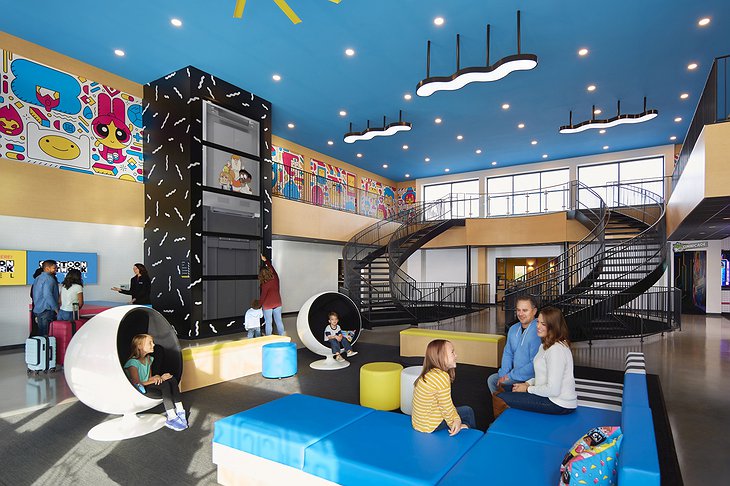 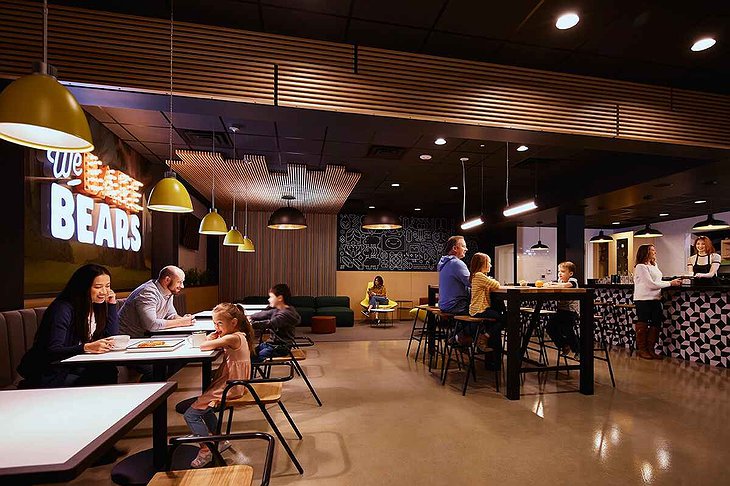 Watch your favorite characters from Cartoon Network prepare your meal and cause some mischief in the kitchen while you eat. 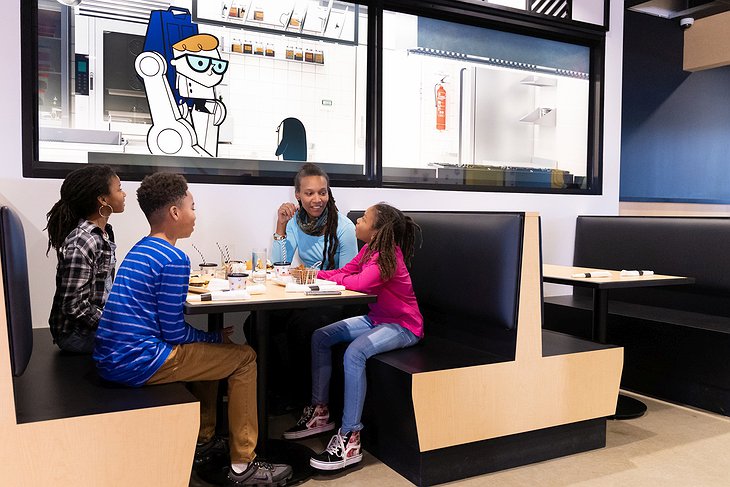 Dining cubes in the themed-world of Adventure Time, Ben 10, and the Power Puff Girls 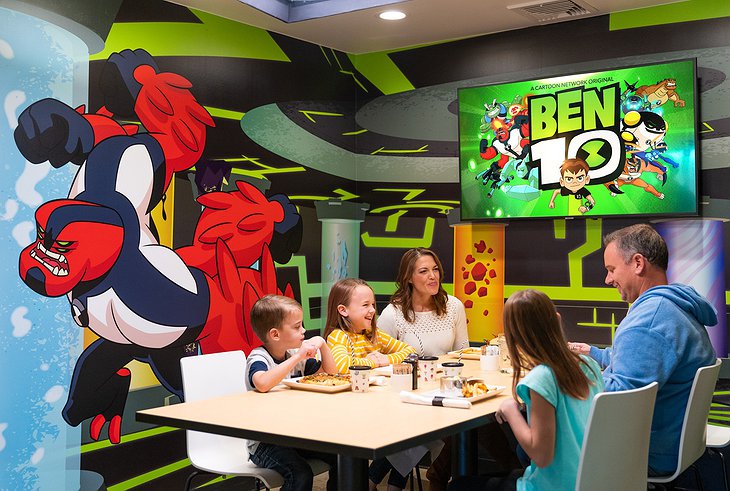 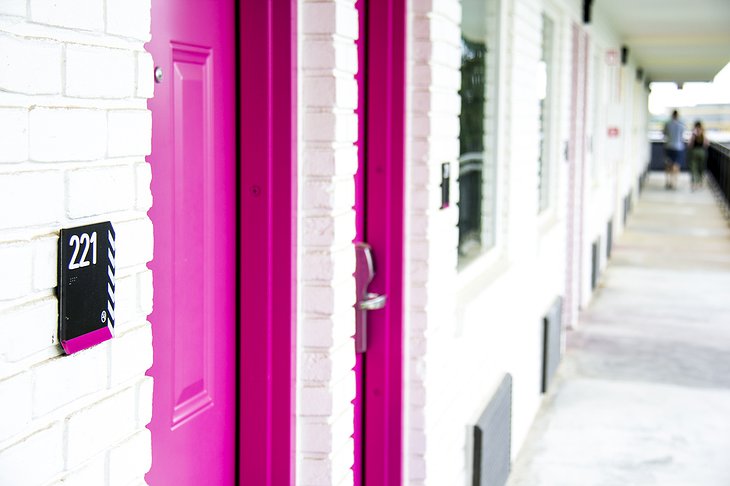 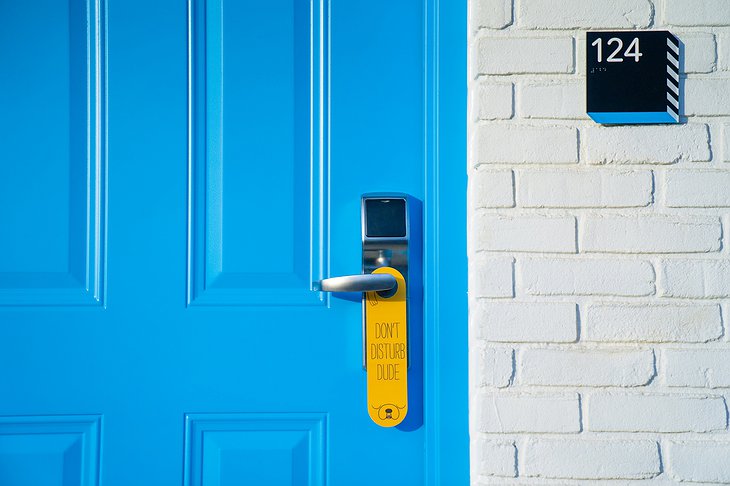 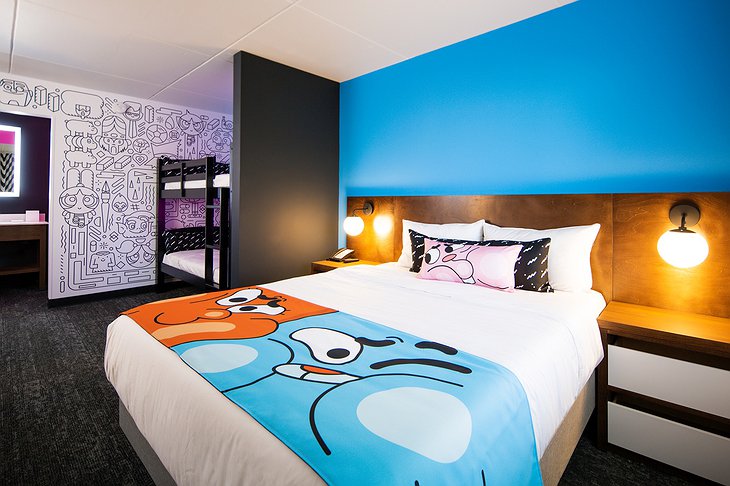 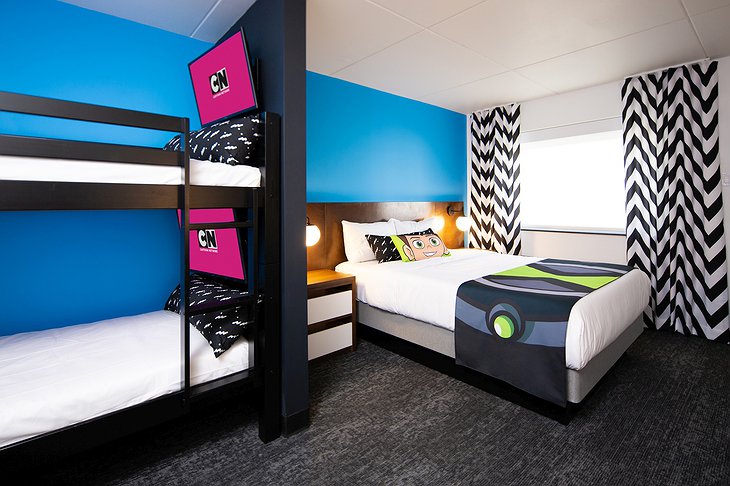 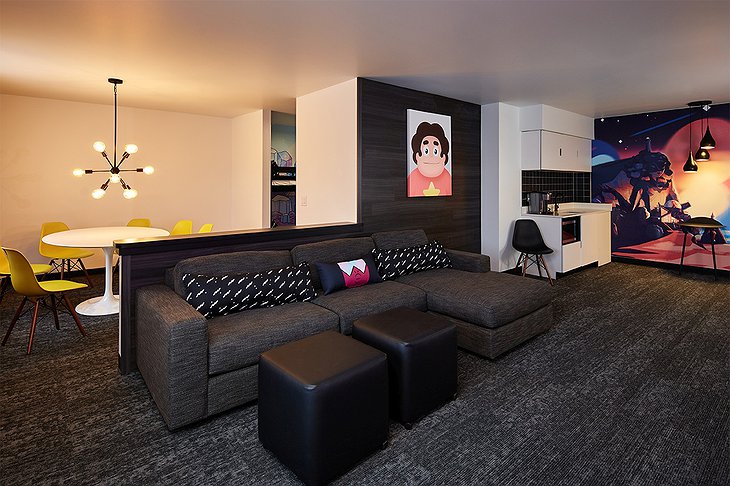 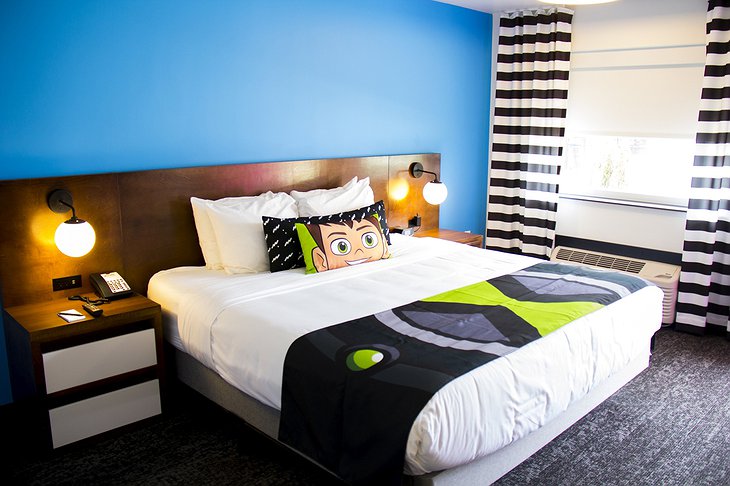 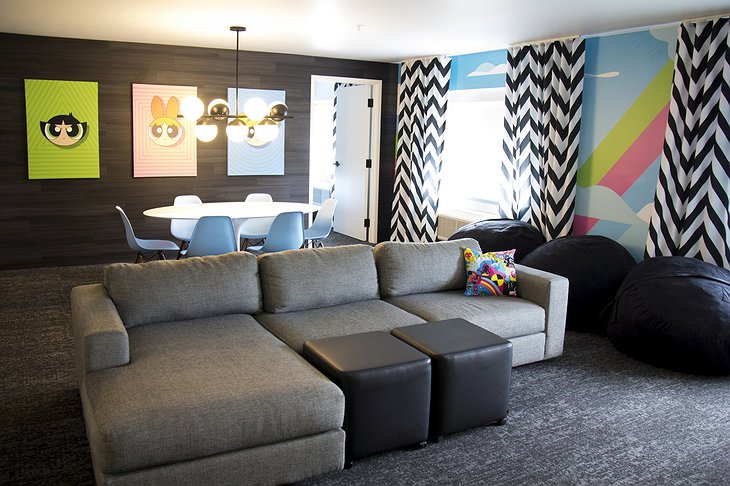 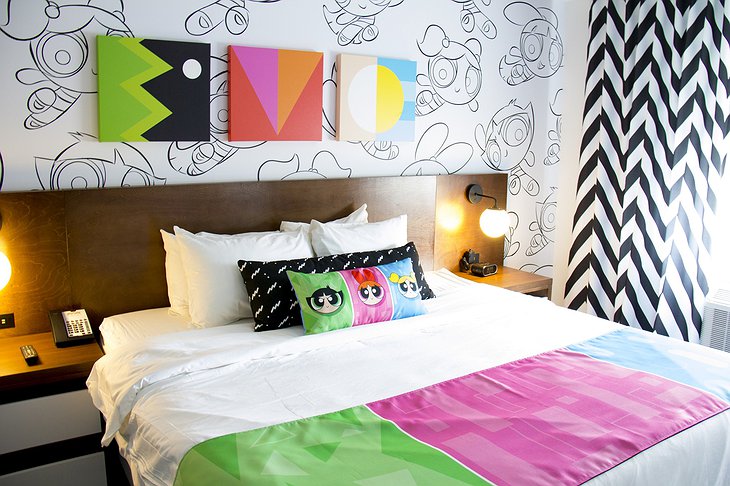 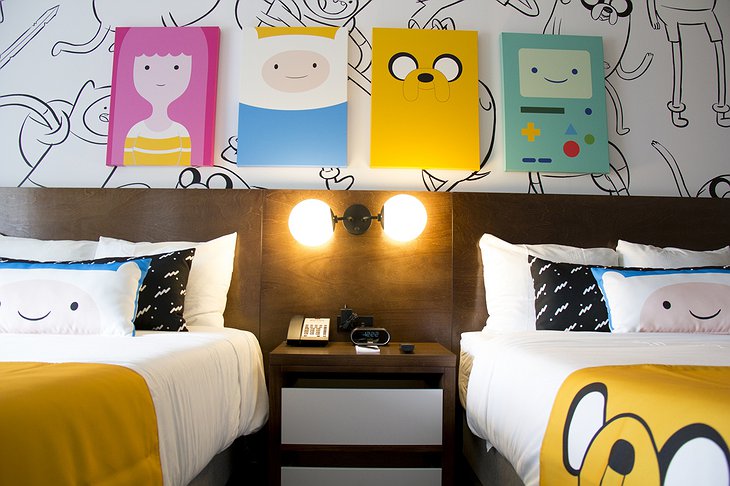 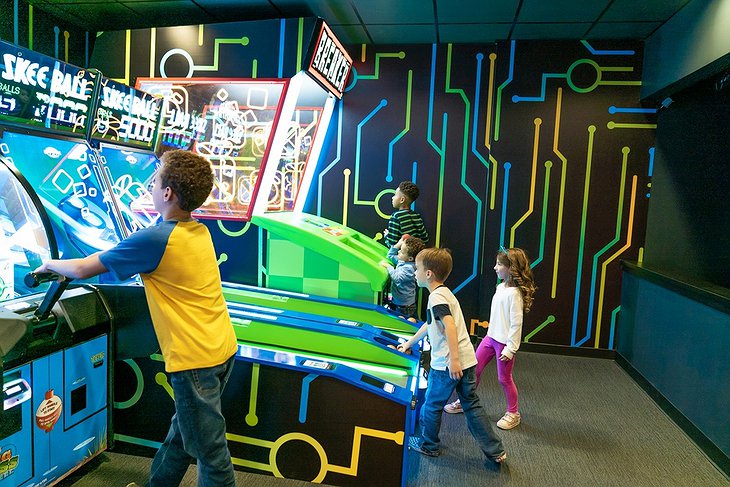 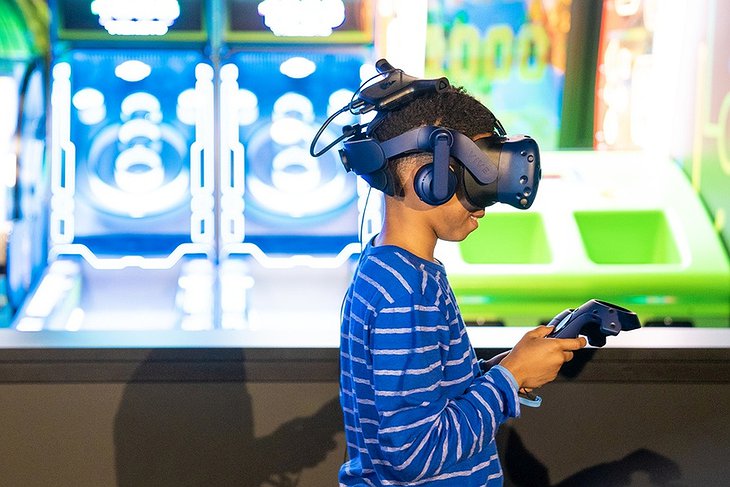 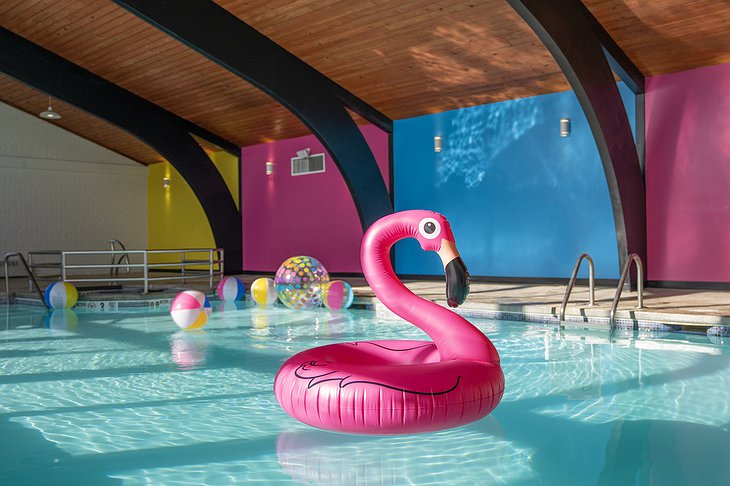 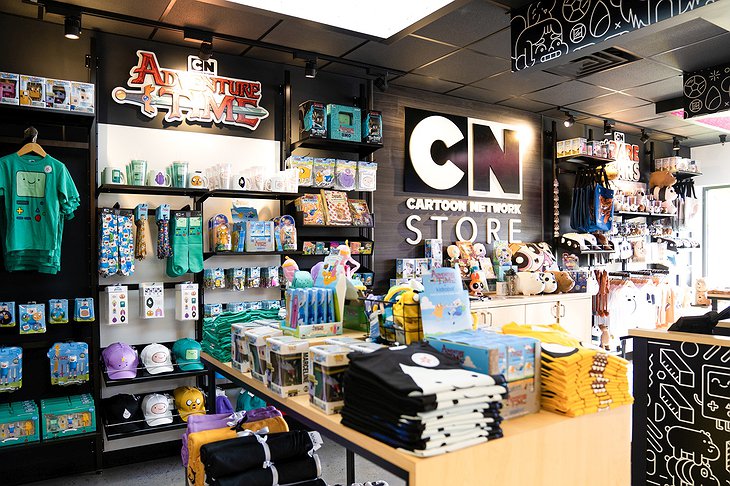 Friends by the House of Books