Vancouver's property prices became a well-known phenomenon when average apartments started costing millions. To try and stop this trend, Canada proposes a 2-year ban on buying real estate for foreigners. Thus we arrived at the brilliant capsule hotel concept that solves the aforementioned problem and which we dearly love for its practicality and affordability.

The Panda Pod Hotel is Vancouver's first venture into the world of cozy capsules (Canada’s first capsule hotel was the vibrant Pangea Pod). Not only cozy but cute too, thanks to the panda theme. The concept is a brainchild of the proudly Canadian woman-owned business.

The hotel is a few blocks from the Richmond–Brighouse SkyTrain rapid transit system to take you directly to downtown Vancouver. And if you are a fan of aviation, you'll be happy to hear that the capsule hotel is a stone's throw away from the Vancouver International Airport, and it's a perfect spot for plane spotting.

At first sight, Panda Pod Hotel looks like some garage where cars are pimped with cute animal stickers and painted in bright colors. But when you enter the reception, you will find warm hospitality instead of mechanics in overalls with oily hands. 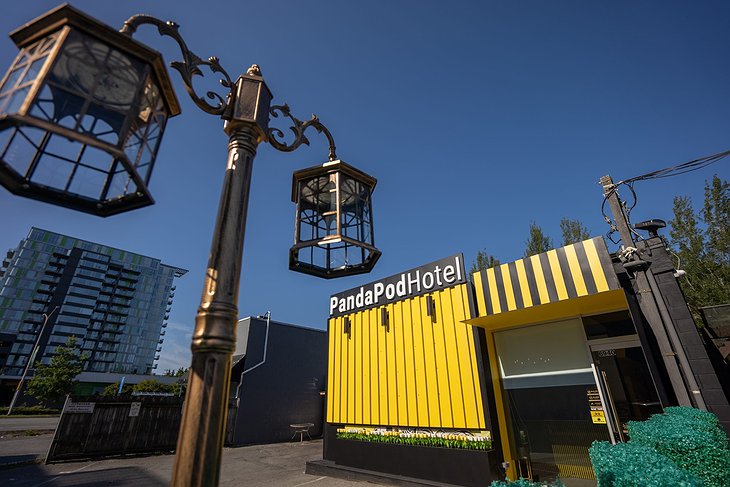 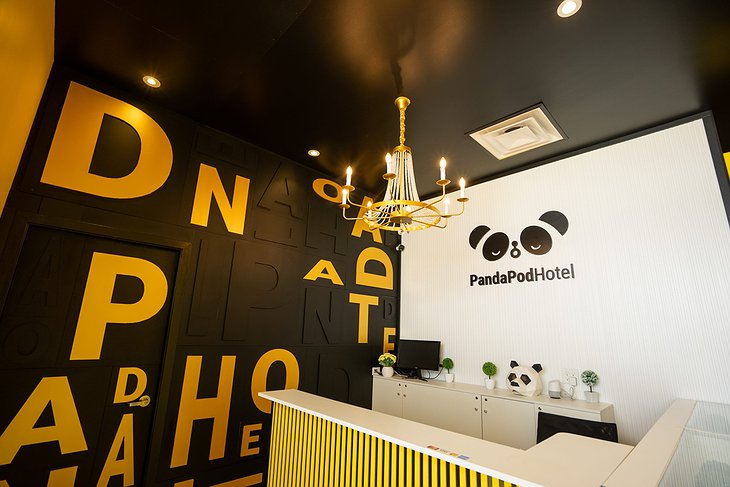 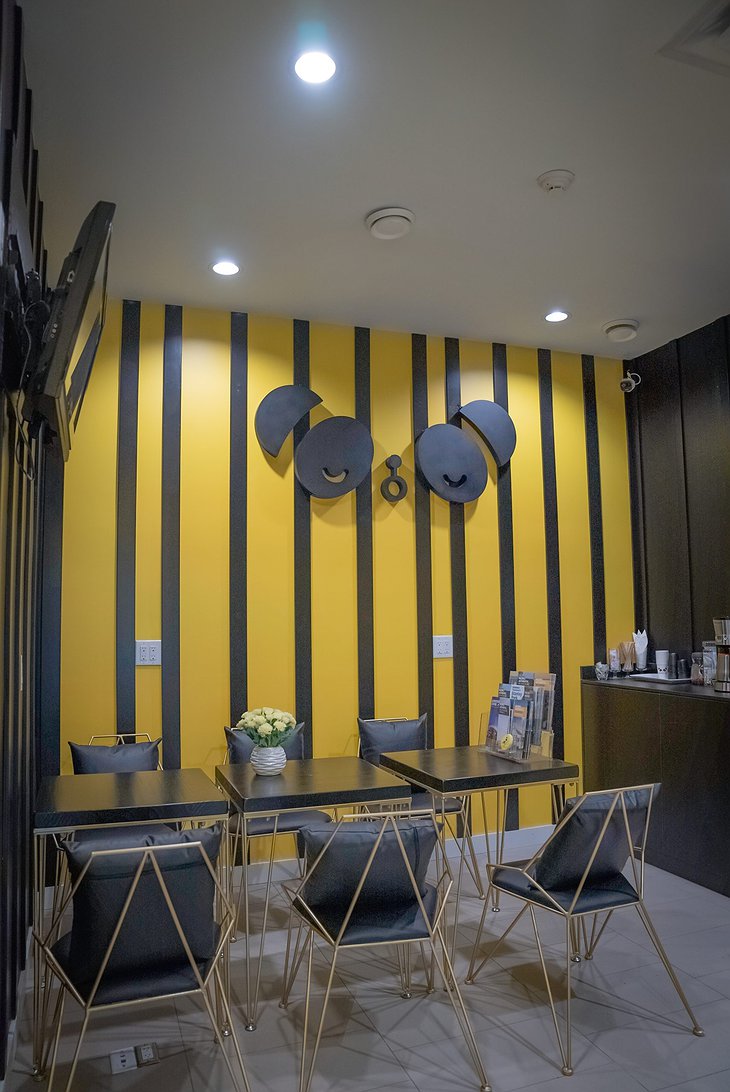 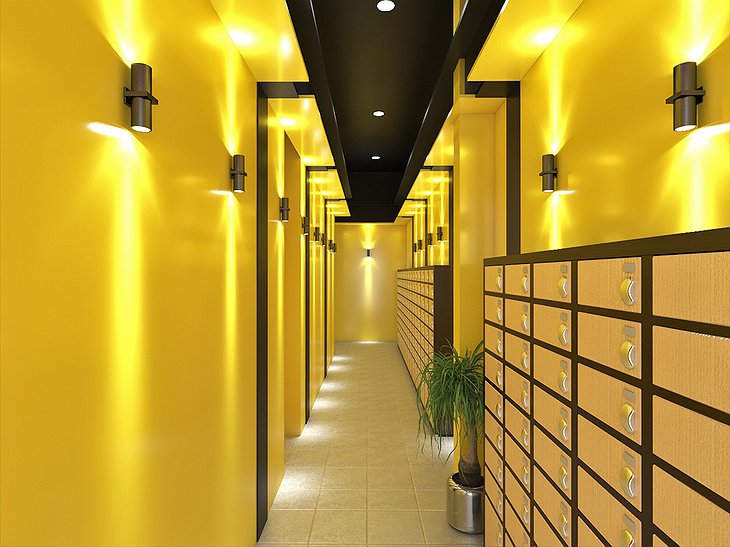 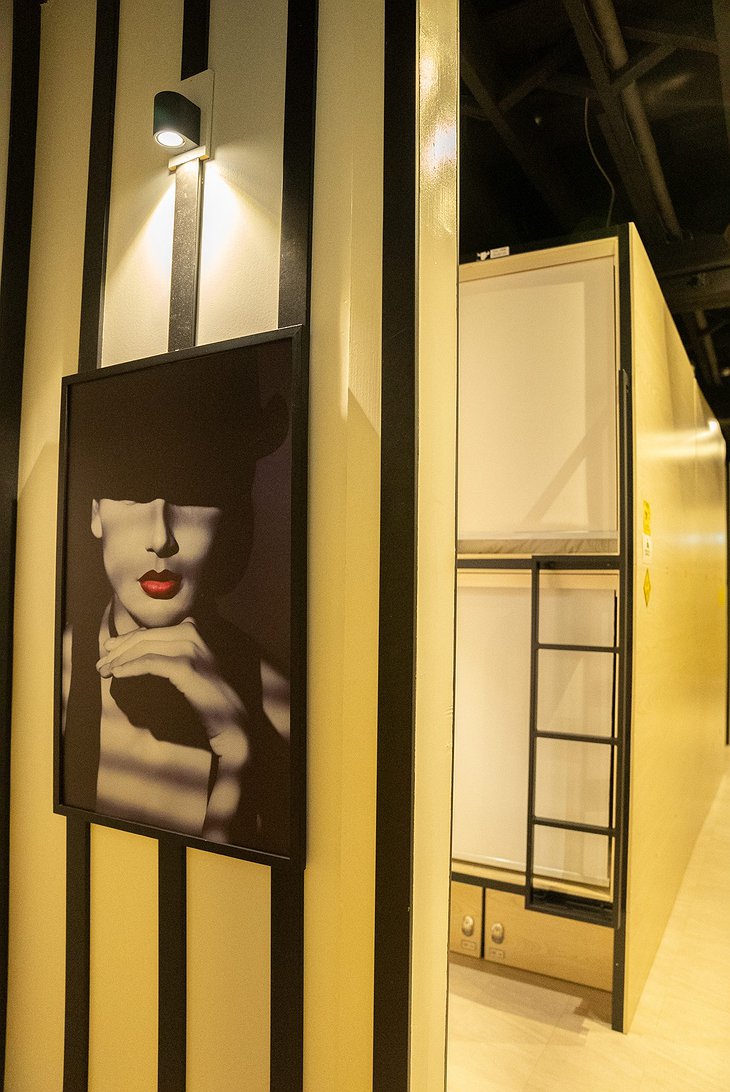 The rooms are filled with double-decker sleeping pods. Make sure to express your preference during booking, whether you like to be on top or bottom. The pod hotel is not for everyone, however. You must be at least 18-year-old to stay here. 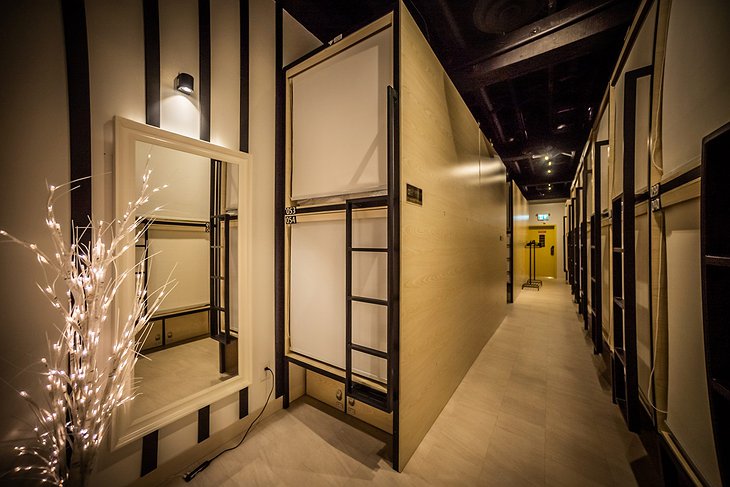 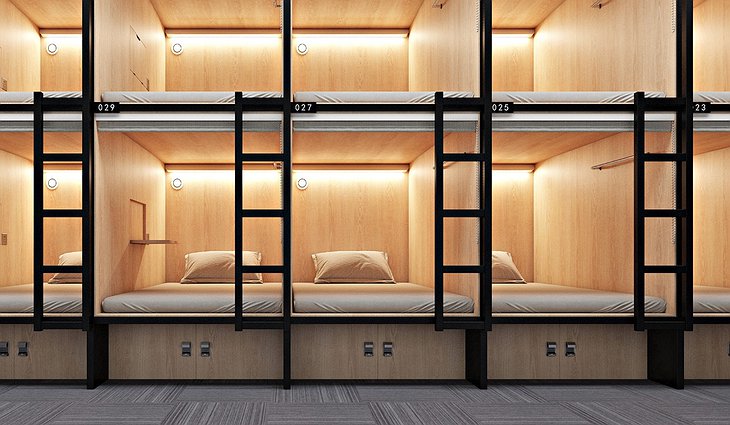 Clever storage space is allocated for each guest. 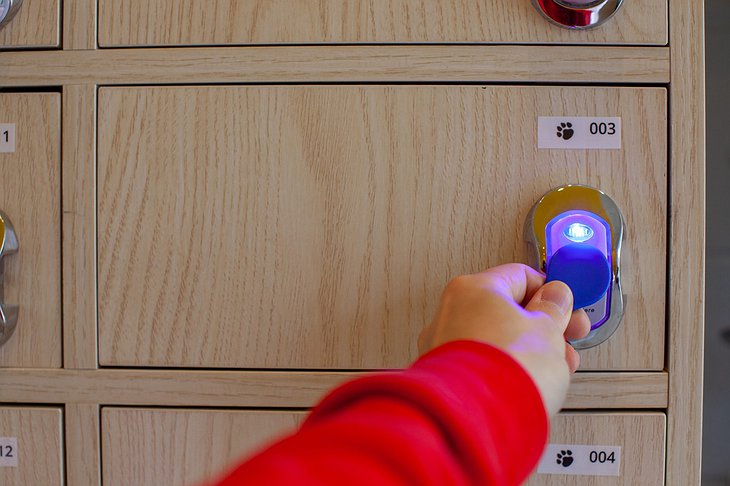 The pod hotel has a no-shoes policy, which is excellent news, and I'll explain why. They provide soft slippers for your stay (and a nice bag to store your footwear), which means no more creaky noises when someone is walking in the middle of the night. And that's pretty important because you will share the same space with many other people. 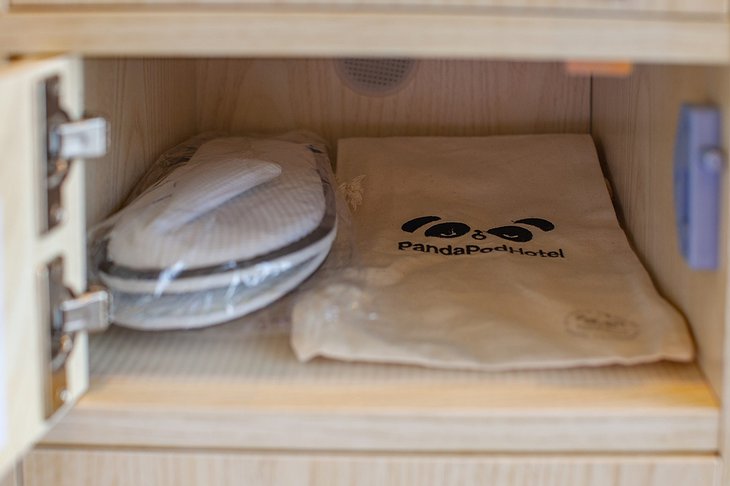 There are 64 single-occupancy pods split into female and male sections for extra privacy. 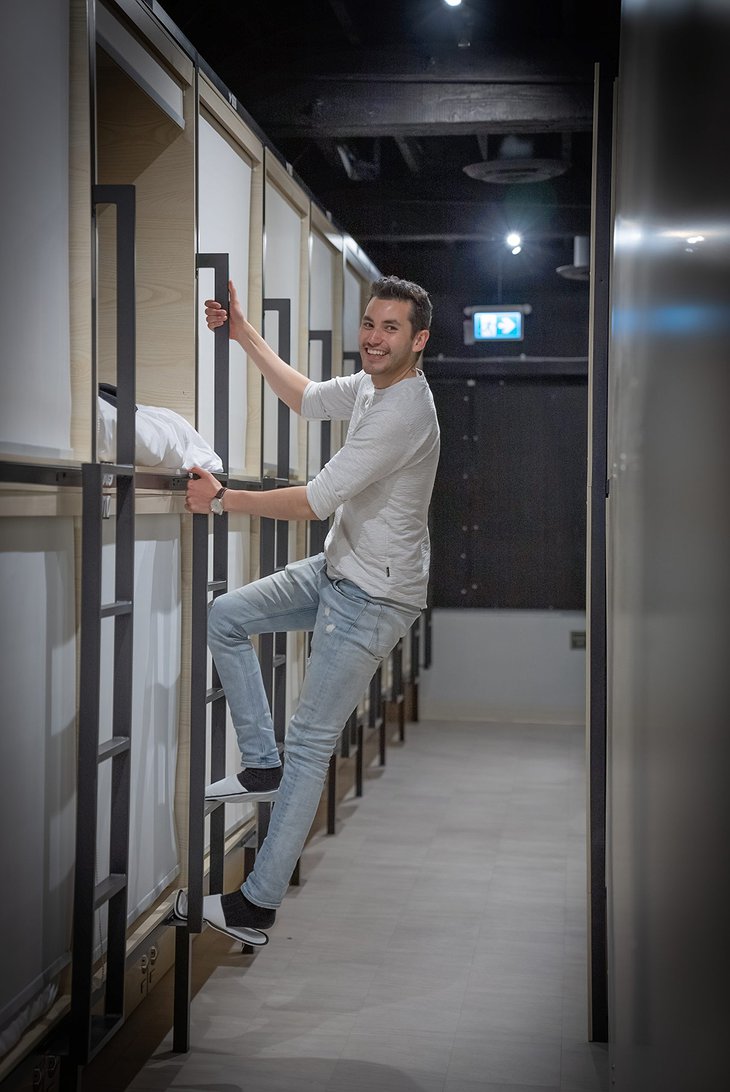 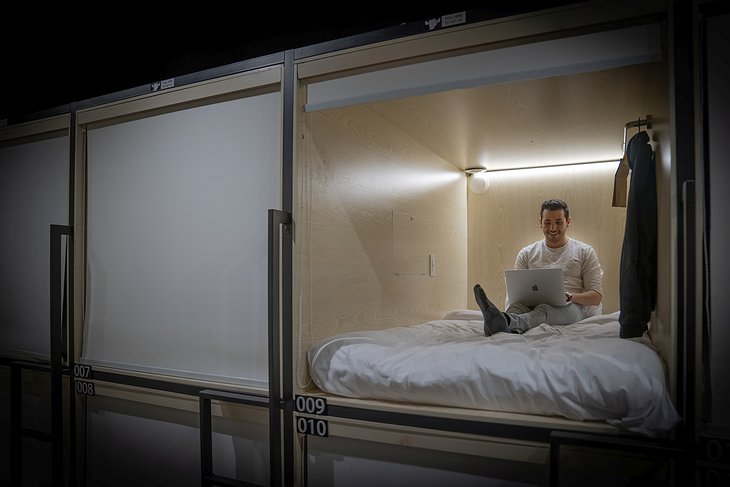 If you have previously visited some Japanese capsule hotels and found them slightly tight, don't worry. The mattresses at Panda Pod Hotel are thirty percent longer and broader than their Asian counterparts. 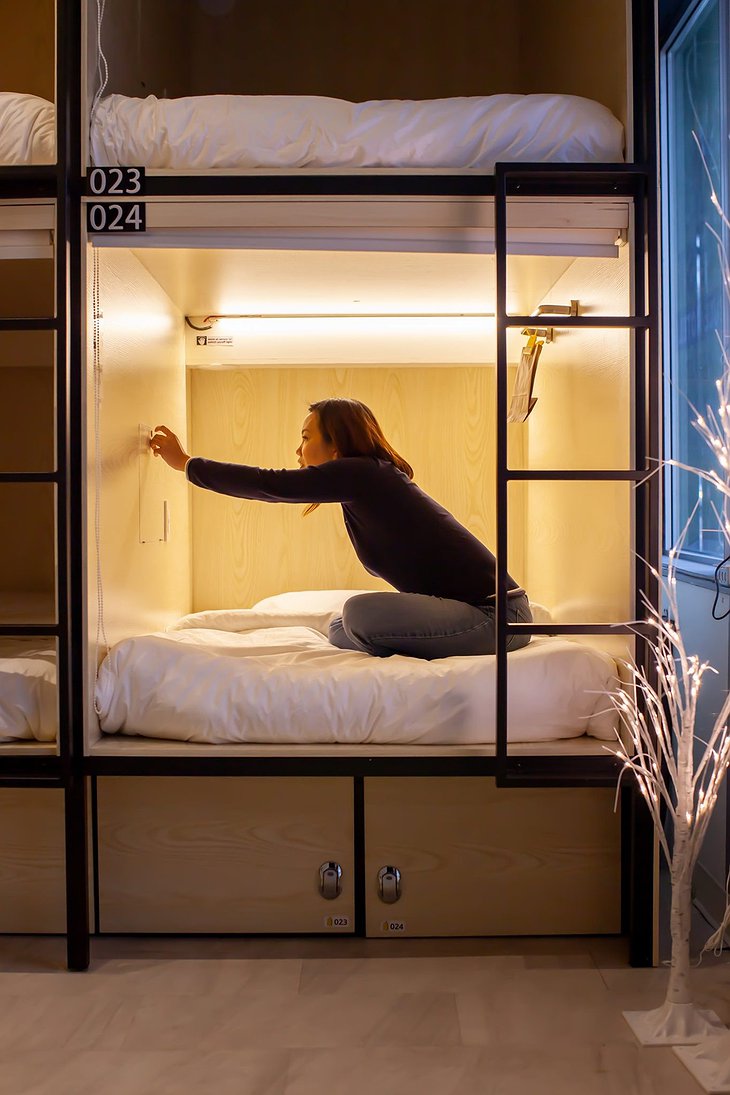 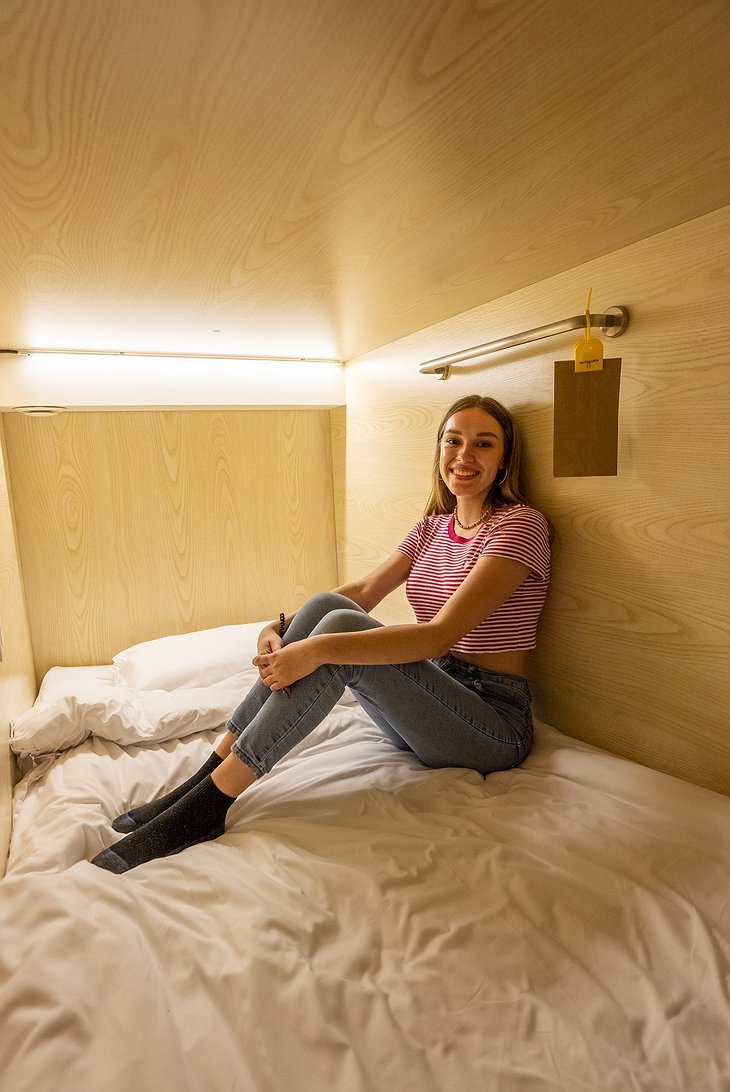 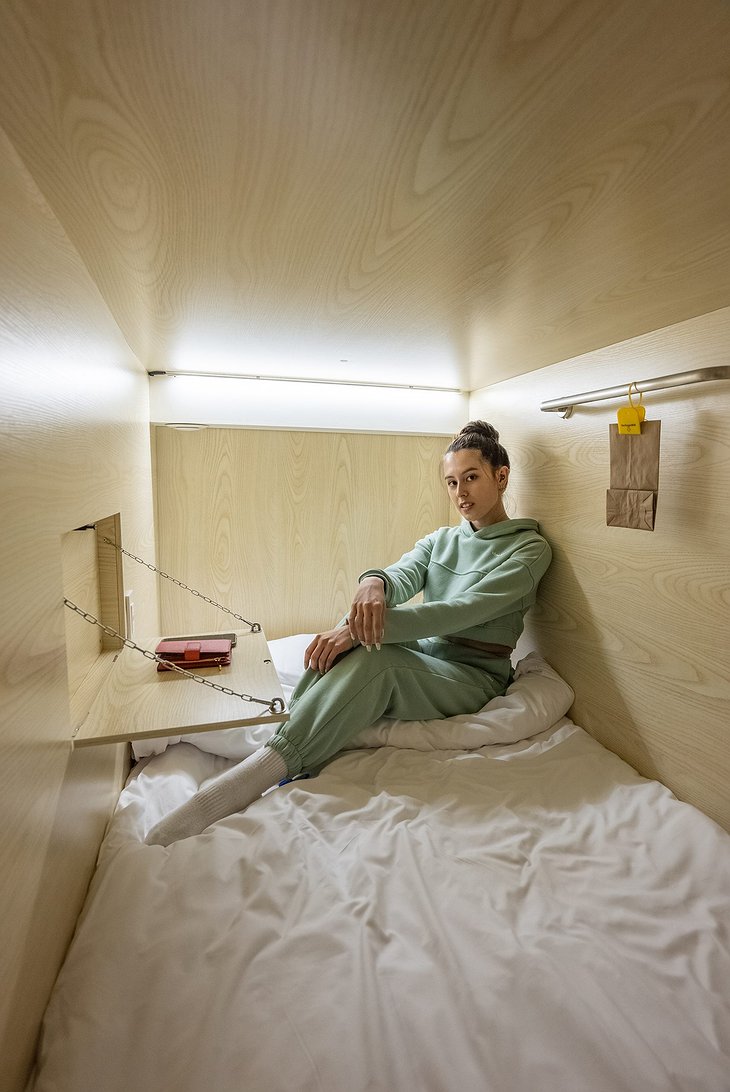 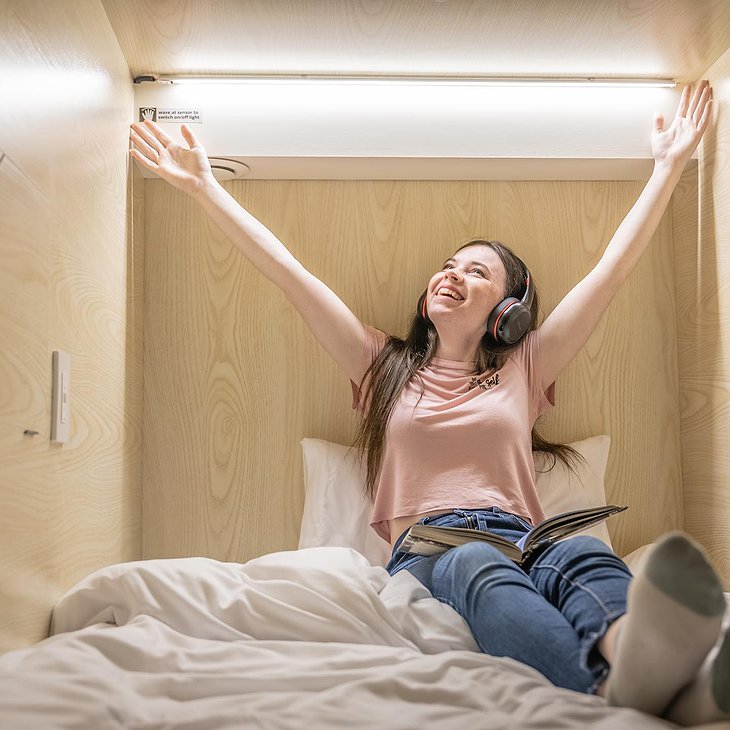 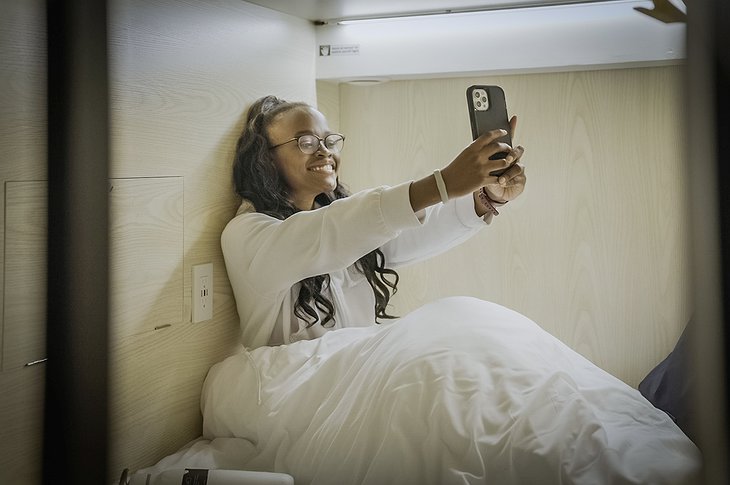 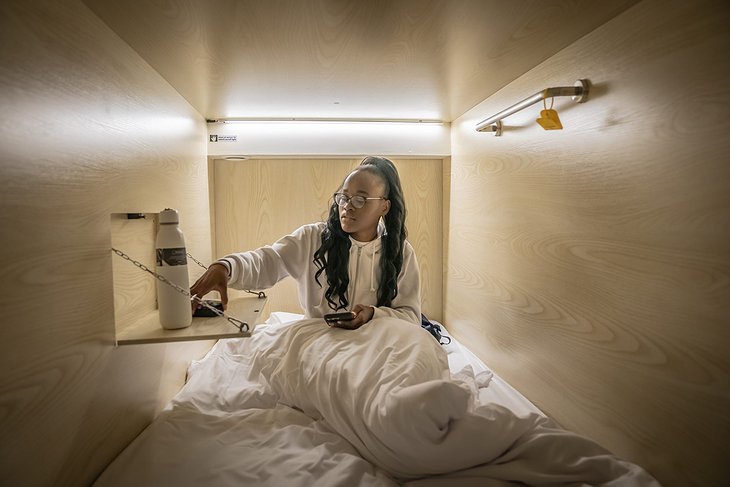 Pull down the laptop tray from the wall and cozy up with the comfy blankets to watch your favorite show before you call it a night. 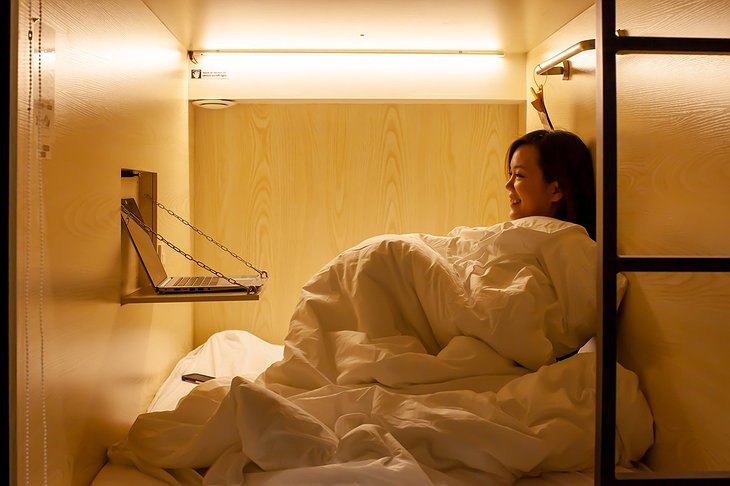 The zebra-striped washrooms that you will be sharing with fellow travelers are decorated with golden-framed portraits, chandeliers, and fancy faucets. So you wouldn't feel like you are in a typical hostel. 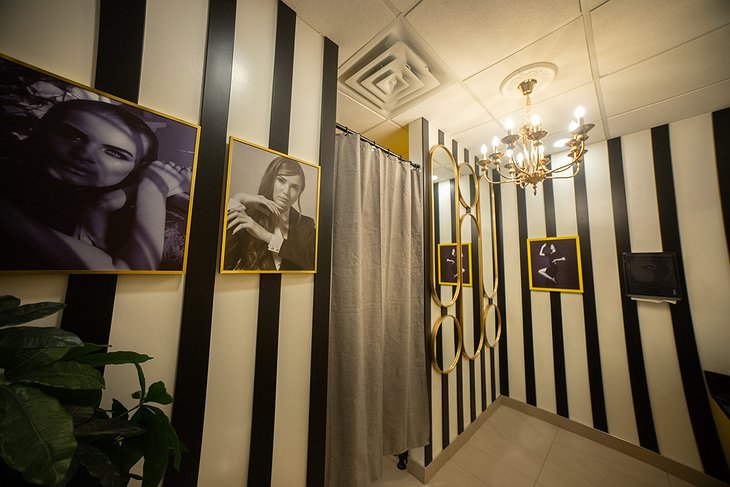 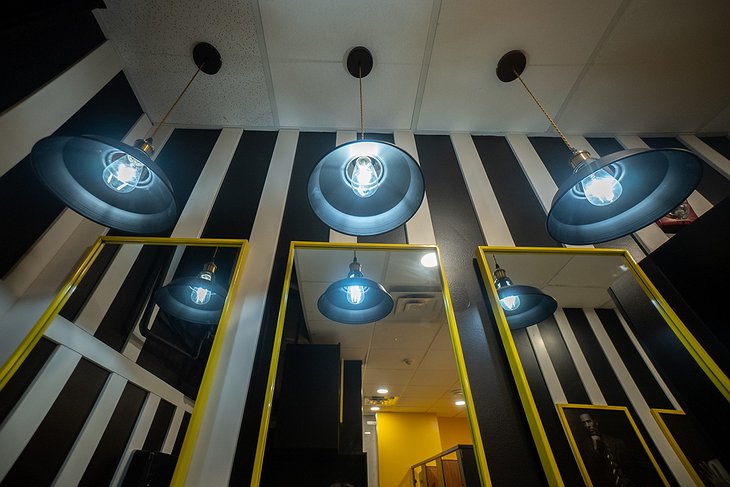 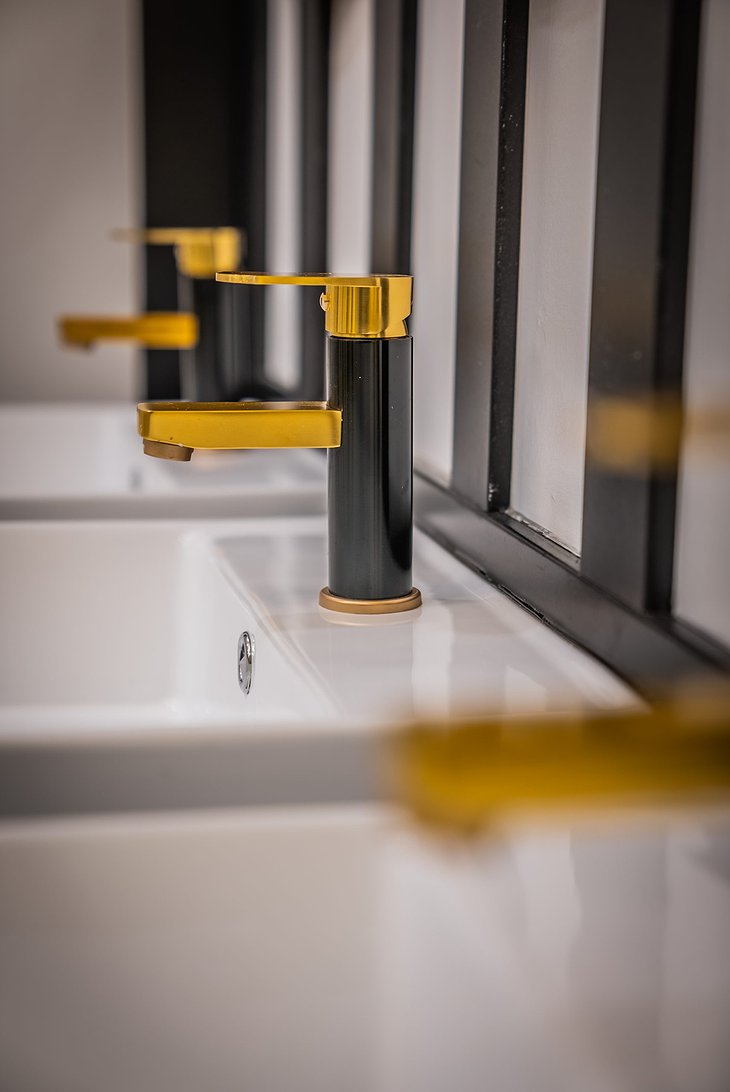